Thunderstorms are forecast across southeastern Texas and southern Louisiana on Wednesday as an area of low pressure moves across the region.

Potential for Thunderstorms Wednesday across Southeastern Texas and Southern Louisiana
An area of low pressure will move across southern Louisiana on Wednesday. The associated warm front will be the focus for the development of thunderstorms during the late morning and early afternoon. Activity will increase during the afternoon and evening. Damaging winds will be the primary hazard, but an isolated tornado cannot be ruled out.

Thunderstorms from Florida to the Coastal Carolinas on Thursday
By daybreak Thursday, a strong cold front is expected to be positioned from the Florida Panhandle southward into the Gulf of Mexico. Ahead of the front, instability and wind shear will increase from Florida into southern Georgia and the coastal Carolinas. One or two lines of strong thunderstorms may develop as the cold front continues to progress eastward through the day. Early morning showers across Georgia and the Carolinas may limit severe potential until the late afternoon and early evening. 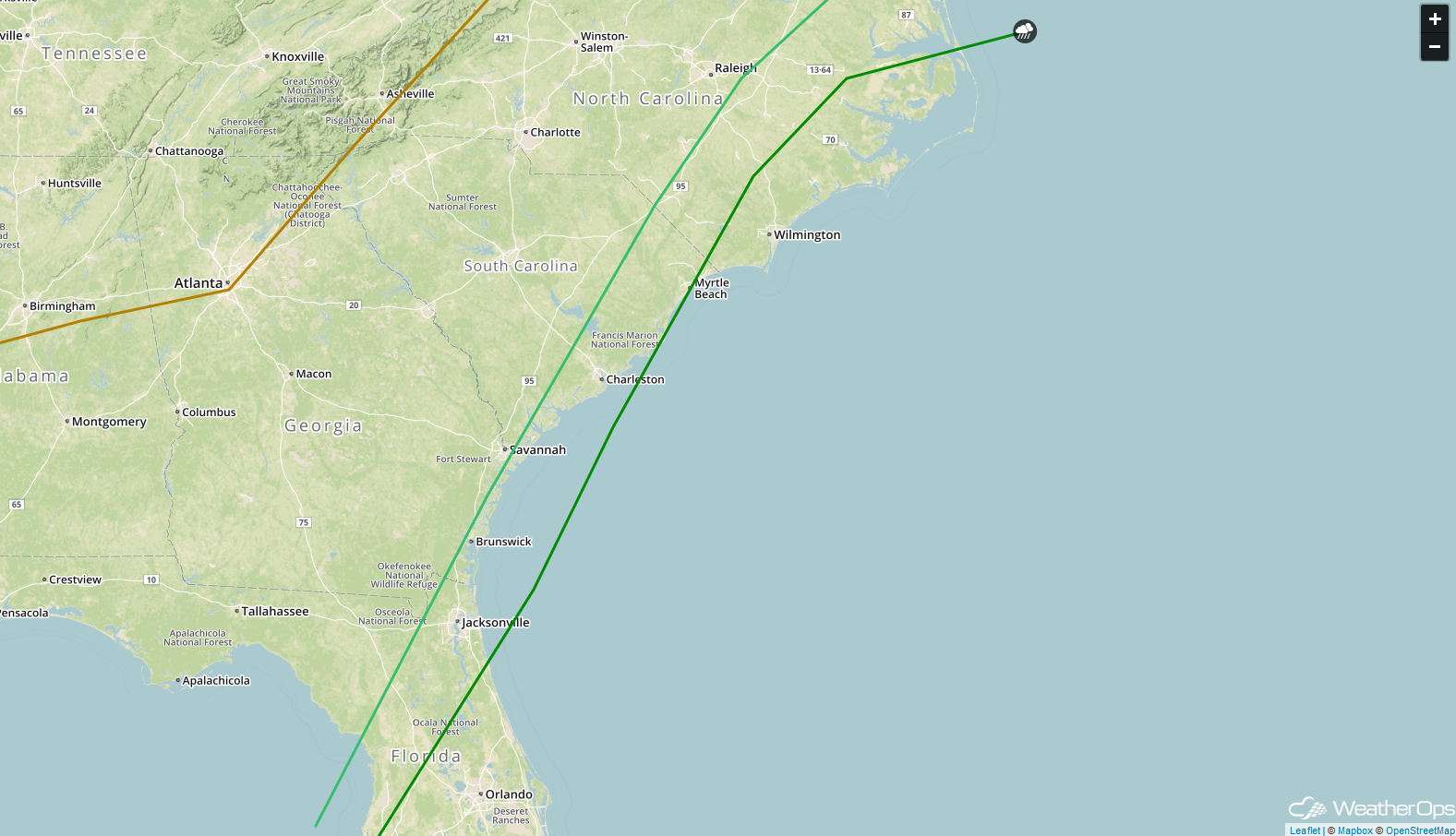 Excessive Rainfall Thursday from Florida into the Carolinas
In addition to the thunderstorm risk described above, there will be the potential for excessive rainfall. Rainfall accumulations of 1-2 inches with locally higher amounts are expected. This may result in localized flooding.

Potential for Excessive Rainfall across the Mid Atlantic and New England Thursday and Friday
A strong area of low pressure will track northeastward along the Appalachians and into the Northeast Thursday into Friday. Widely scattered showers will move into the Mid Atlantic Thursday afternoon. Showers and a few embedded thunderstorms will likely increase in coverage Thursday night, especially from New York City southward. By Friday morning, showers and thunderstorms may still be ongoing across the Mid Atlantic while a large swath of showers and thunderstorms move into New England. Storms may be heavy from the Delmarva Peninsula northward into New England. Two day rainfall totals of 1-2 inches with locally higher amounts in excess of 2.50 inches are expected.