Snow will continue for the Mountain West on Wednesday as an upper level low moves across the region.

Snow for the Mountain West on Wednesday
An upper level system will move across the western US today, allowing snow to continue, primarily in the higher elevations of the Rockies from Montana and Idaho into central Colorado. New snow amounts of 10-12 inches are expected. Winds could exceed 30-35 mph, leading to blowing and drifting snow. Snow should end later today as the low moves off to the east. 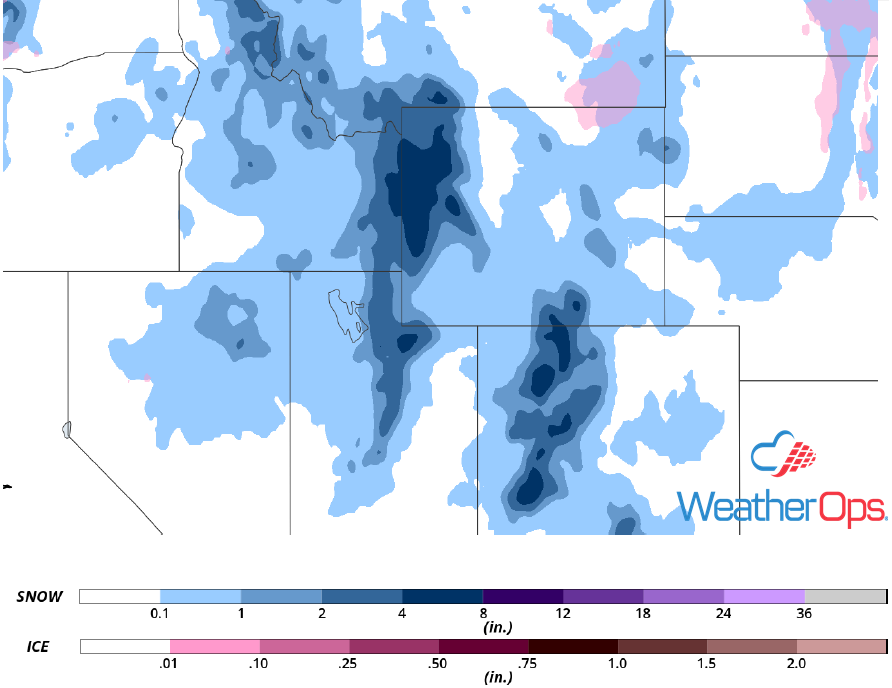 Thunderstorms Thursday from East Texas into the Lower Mississippi Valley
A strong upper level low will move into east Texas on Thursday. The associated surface low will intensify in northeast Texas. Strong southerly winds east of the low will bring moist air northward. Instability may be limited, but the forcing and shear should be sufficient for the development of strong to severe thunderstorms. Damaging winds, large hail, and isolated tornadoes will be potential hazards with the stronger storms. 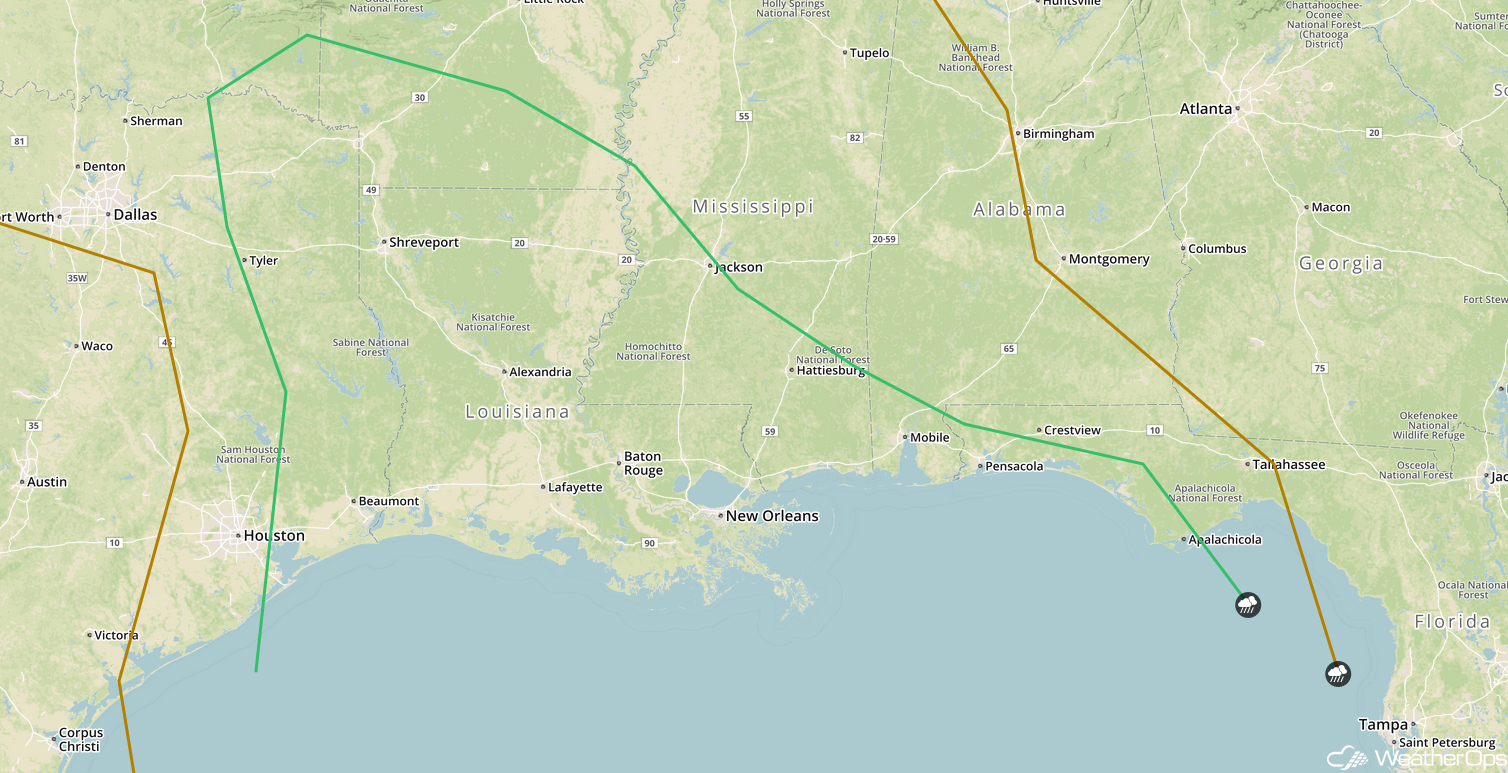 Snow for Portions of North Texas on Thursday
The area of low pressure described above will bring a potential for winter weather over portions of northern Texas Thursday into early Friday. Temperatures may be cold enough for a rain and snow mix, eventually transitioning to all snow. Snowfall accumulations will range 1-3 inches with locally higher amounts in excess of 4 inches. While winds will range 20-30 mph with gusts in excess of 40 mph, blowing snow is unlikely since the snow will be wet. 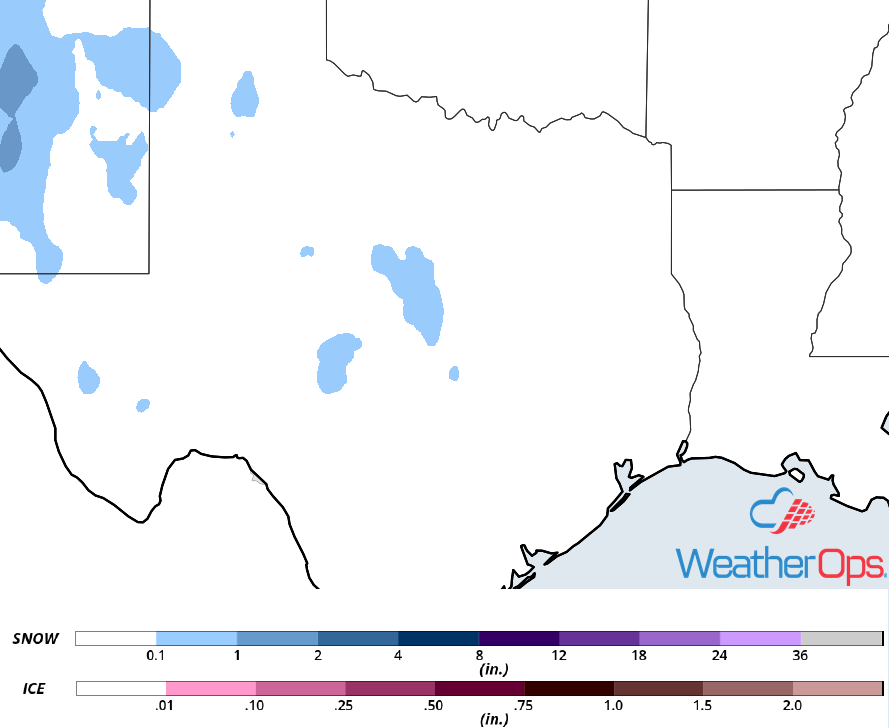 Potential for Thunderstorms Friday across Florida and the Eastern Seaboard
An area of low pressure moving through the Southeast on Friday will continue to push warm moist air northward to the east of the low. The associated cold front will move through the region and with lift provided by an upper level system, widespread showers and thunderstorms are expected to develop along and ahead of the front. Storm complexes may develop over the Gulf and move northeastward over Florida. Damaging winds and an isolated tornado or two will be the primary hazards with these storms. 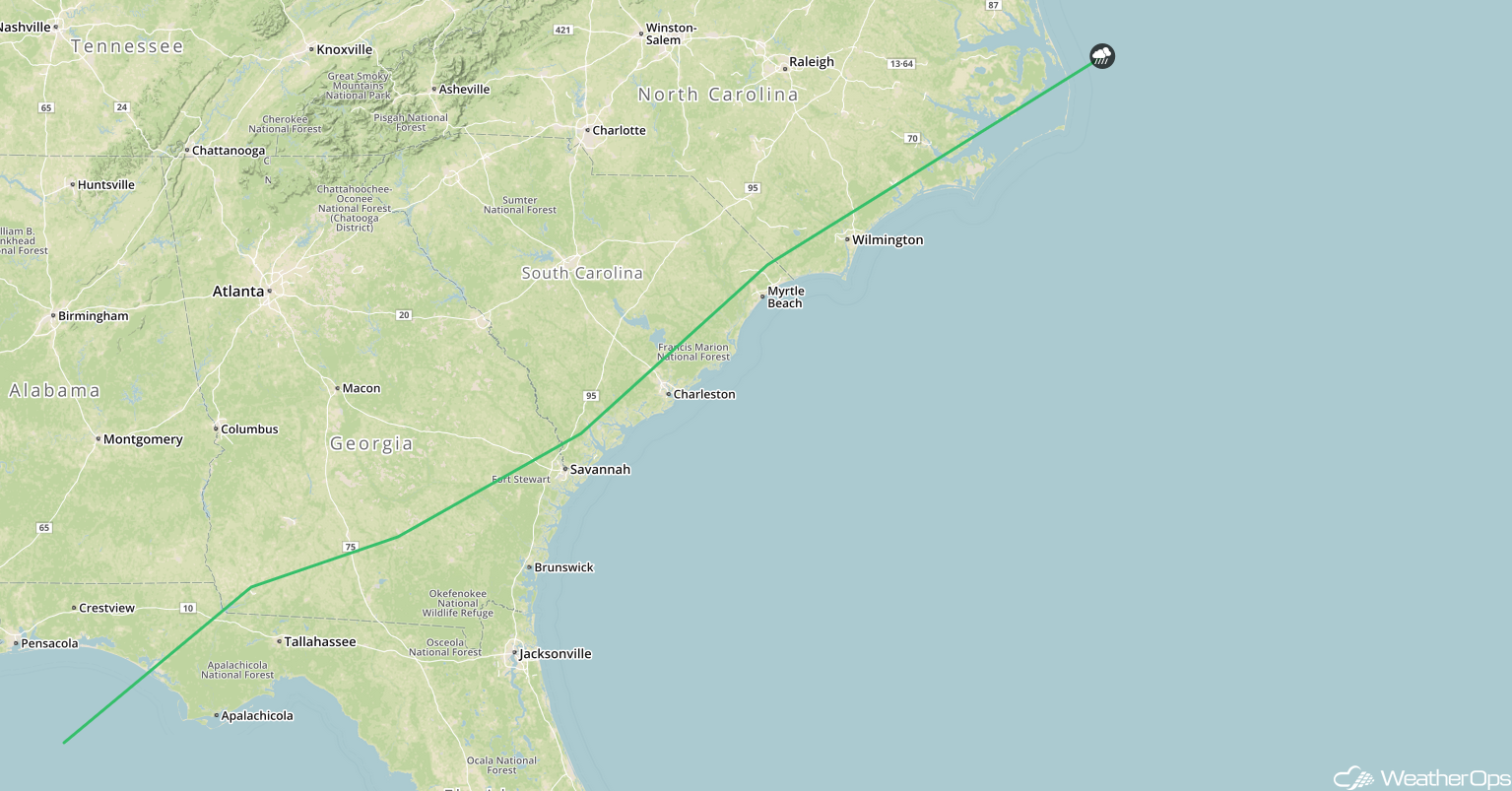 Excessive Rainfall for the Southeast on Friday
The thunderstorms described above will have the potential to produce excessive rainfall. Rainfall amounts will range 3-4 inches with locally higher amounts in excess of 5 inches. This may result in a risk for flooding and flash flooding. 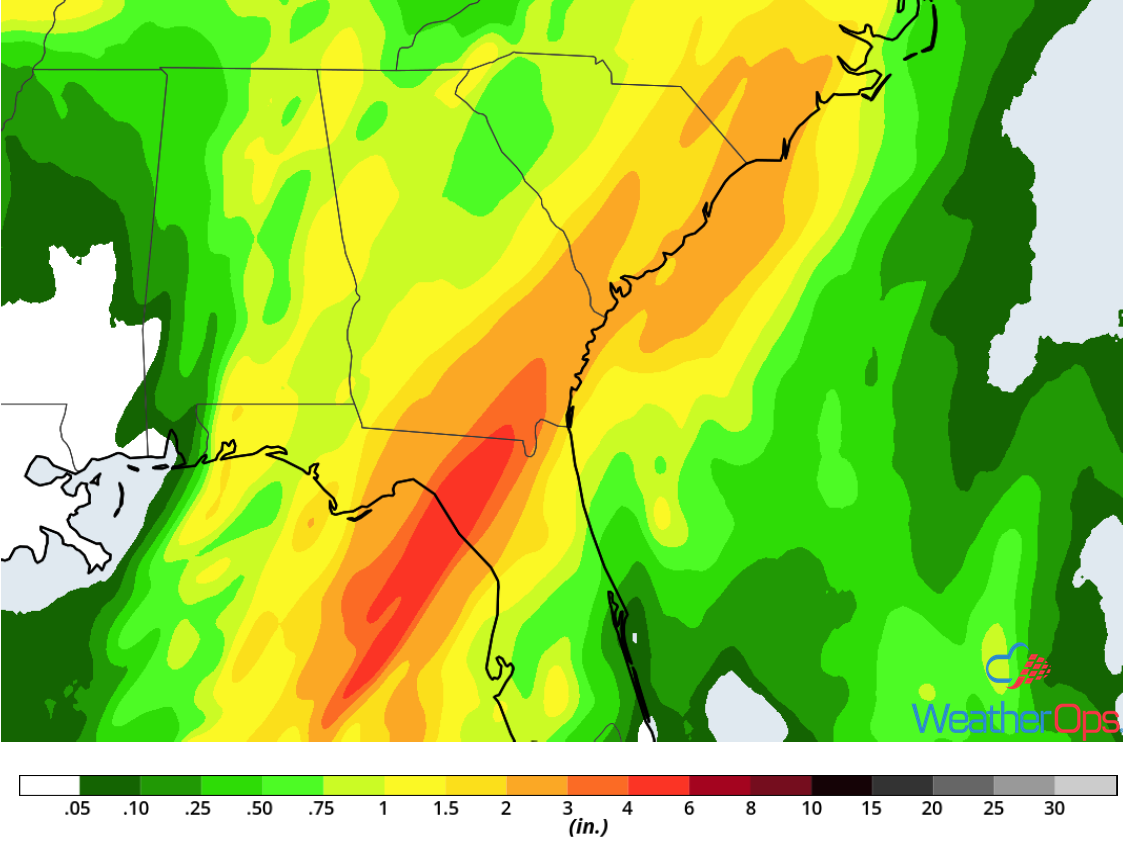 A Look Ahead
Showers and thunderstorms are expected from the Ohio Valley into the Mid Atlantic on Saturday as an area of low pressure moves eastward. Rain and snow will move into the Pacific Northwest on Sunday as an upper level low moves into the region. By Monday, snow may develop across the Sierra Nevadas. Light snow is forecast across the Northeast Monday into Tuesday.