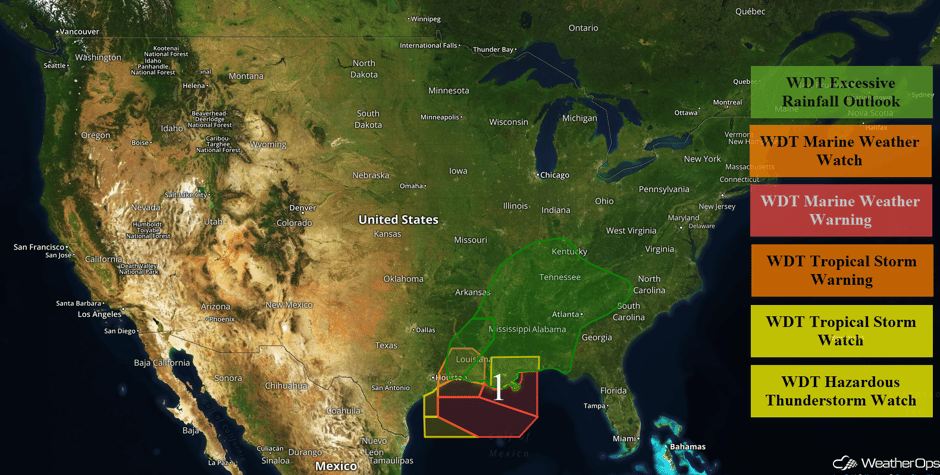 Feeder bands are continuing to lift northward across portions of Louisiana, Mississippi, and Alabama. A few supercells may have the potential to produce isolated tornadoes. In addition, these storms may produce heavy rain and wind gusts in excess of 50 mph. In addition, excessive rainfall will continue from portions of Louisiana eastward into Georgia. The flash flooding risk will be highest from western Louisiana to western Tennessee where rainfall totals of 8-12 inches are forecast. From eastern Texas into western Mississippi, rainfall totals of 4-6 inches are forecast, but some isolated areas may pick up as much as 12 inches. Elsewhere, amounts of 2-5 inches are generally expected. 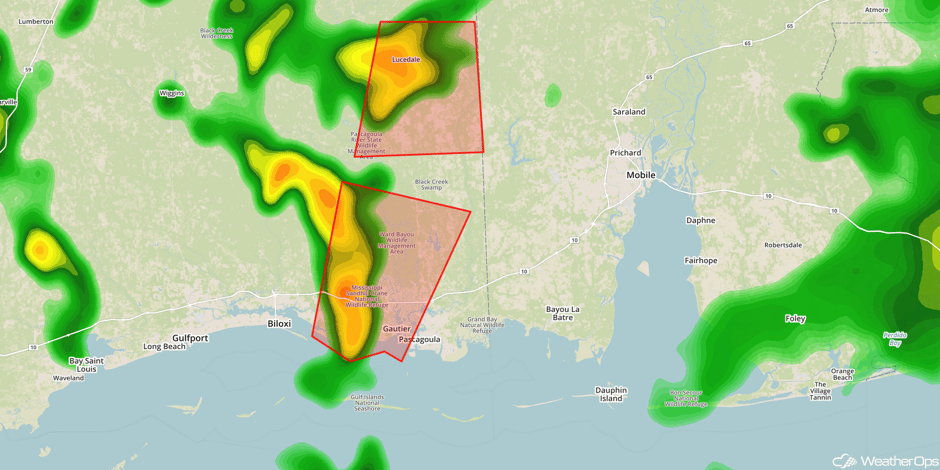 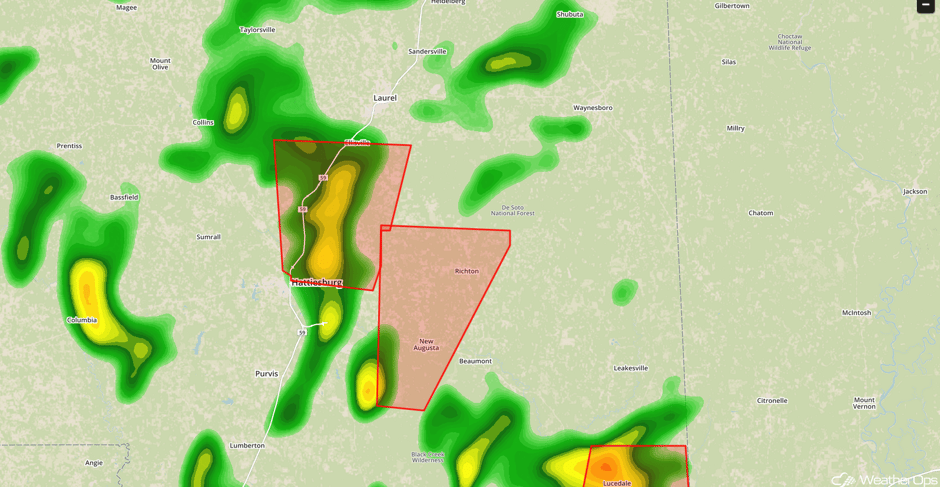 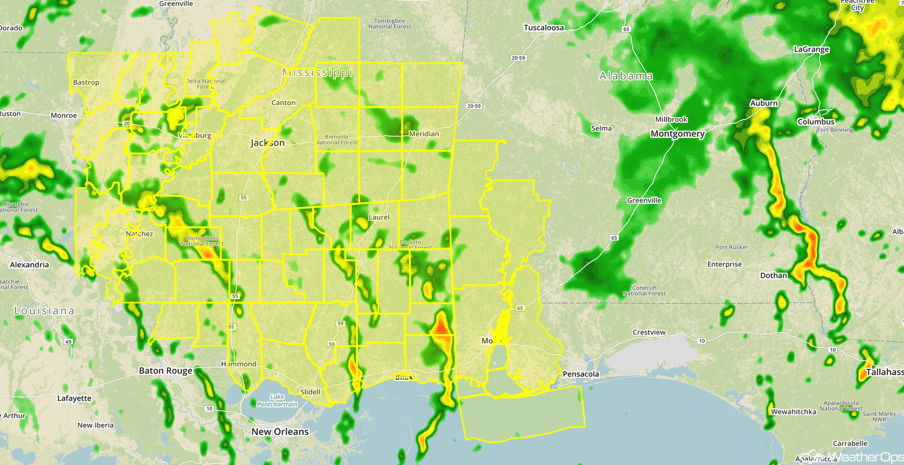 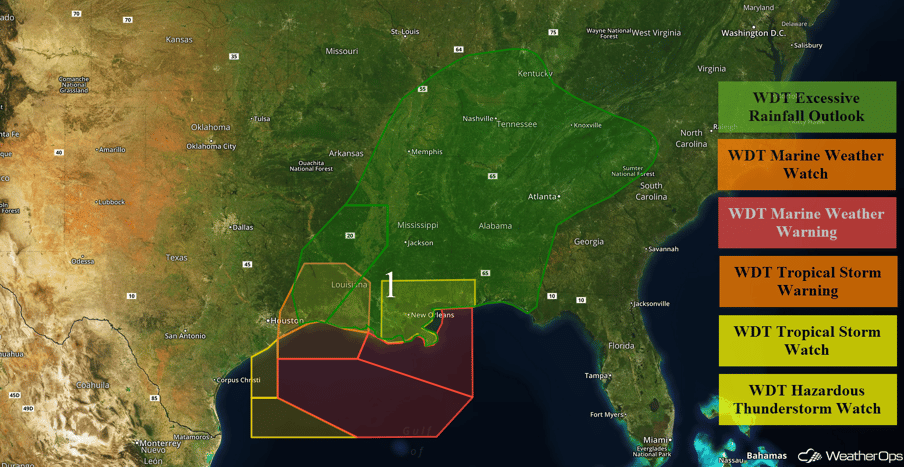 Excessive Rainfall for the Southeast on Thursday
Texas will finally begin to dry out on Thursday. However, torrential rainfall will persist across the Southeast on Thursday. The greatest threat for flash flooding will be across northern Mississippi, Alabama, Tennessee, and Kentucky. Widespread rainfall amounts of 3-5 inches are likely with isolated higher amounts in excess of 6-8 inches. A lower end risk of excessive rainfall will extend farther southward toward the central Gulf Coast and eastward into the Carolinas and Virginia. Additionally, a few strong thunderstorms may develop with damaging winds and isolated tornadoes the primary hazards. 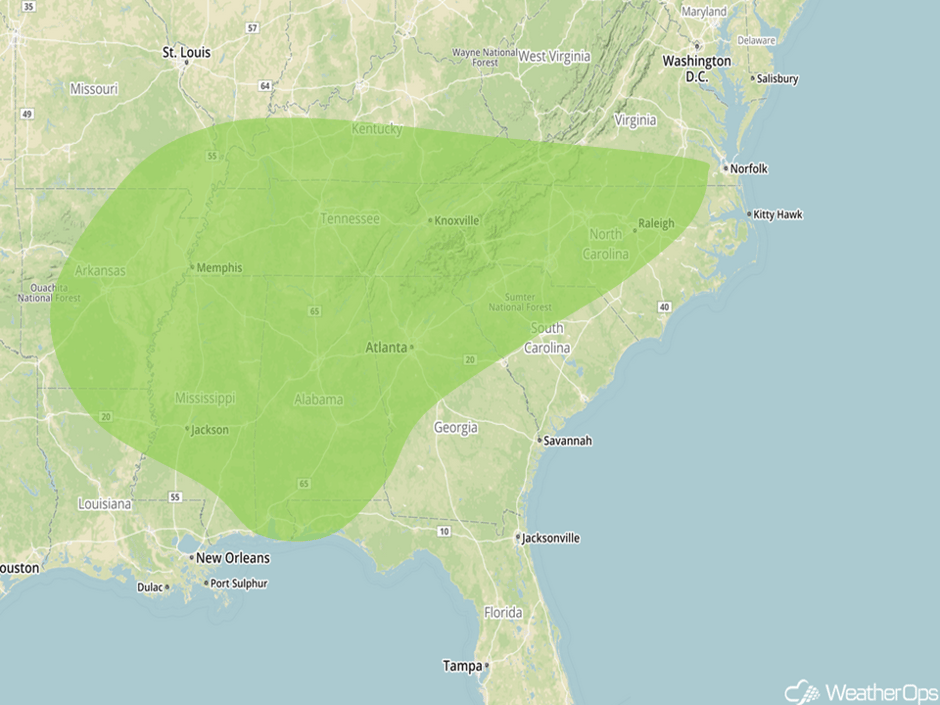 Potential for Excessive Rainfall Friday from the Tennessee Valley to the Mid Atlantic
The remnants of Harvey will continue to weaken while moving northeast across the Tennessee Valley and Mid Atlantic on Friday. However, moderate to heavy rainfall will still be possible near and east of the area of low pressure. Rainfall totals of 1-3 inches with locally higher amounts in excess of 5 inches are expected. 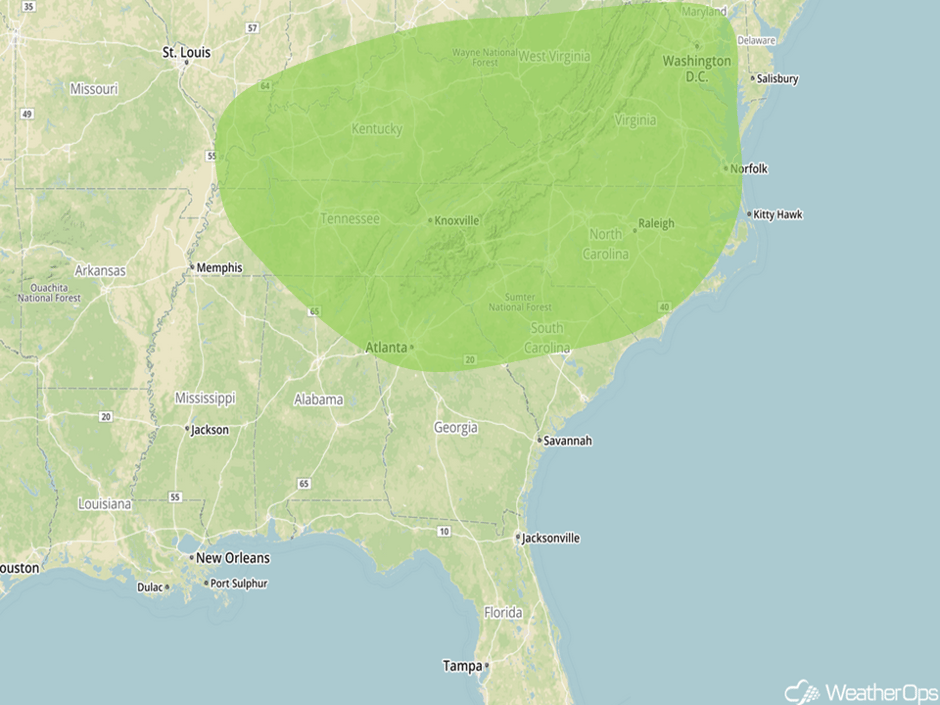 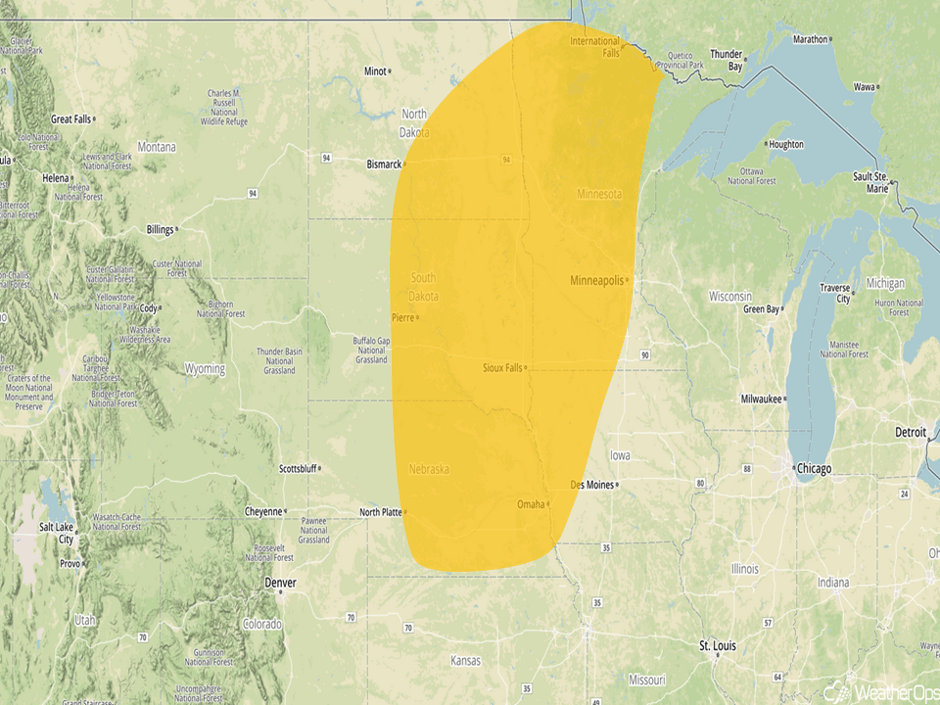 Tropical Update
Tropical Storm Harvey (green oval) is moving toward the north-northeast at 8 mph and this general motion is expected to continue through Thursday. A turn toward the northeast is expected Thursday night and Friday. On the forecast track, the center of Harvey should move through southwestern and central Louisiana today and tonight. It will then move through northeastern Louisiana and northwestern Mississippi Thursday and Thursday night. Maximum sustained winds are near 45 mph with higher gusts. Weakening is forecast over the next 48 hours as Harvey moves further inland, becoming a tropical depression tonight.

Tropical Storm Irma (red oval) has developed and is located 420 miles west of the Cabo Verde Islands. Irma is moving toward the west at 13 mph. This general motion is expected to continue for the next couple of days. Some strengthening is forecast during the next 48 hours and Irma could become a hurricane on Friday.

A Look Ahead
The remnants of Harvey will move into the Northeast on Saturday. While the intensity of the showers is to expected to have decreased by this time, rainfall amounts of 1-3 inches with locally higher amounts are expected.