A slow moving cold front will be the focus for thunderstorm development from the Southern Plains to the Northeast on Wednesday.

Thunderstorms Wednesday from the Southern Plains to the Northeast
A long cold front is slowly moving southeastward and will provide a focus for thunderstorm development from the Southern Plains into the Northeast. Thunderstorms are currently ongoing, but this activity will increase in coverage and intensity later this afternoon and evening. Some storms will be strong to severe with gusty winds the primary hazard. Across the Interior Northeast, there will be a risk of damaging winds and isolated tornadoes. 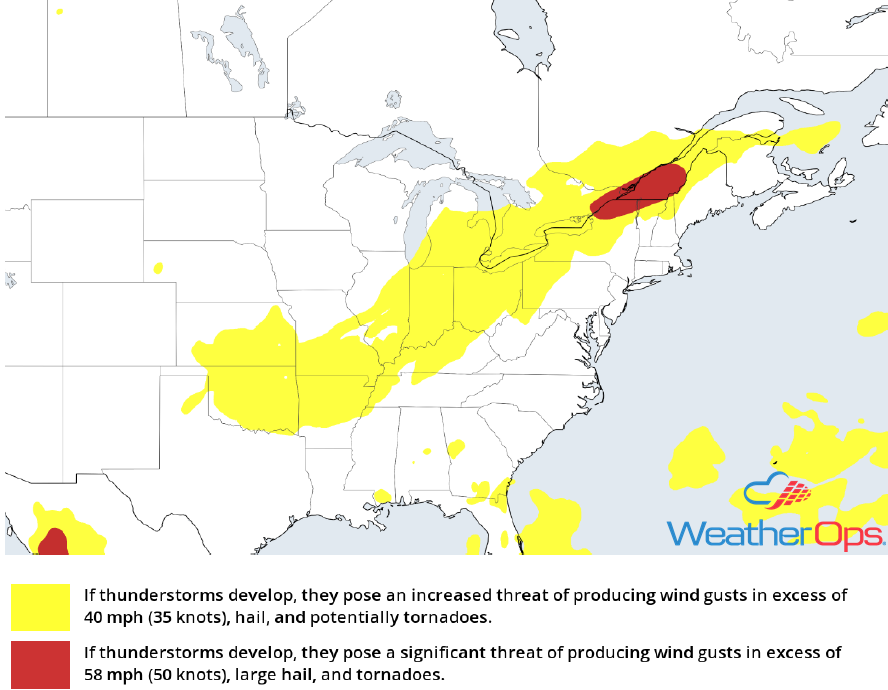 Potential for Thunderstorms across the Upper Midwest on Thursday
Thunderstorms may develop across portions of northwest Iowa, southwest Minnesota, and eastern South Dakota as low level moisture increases and a warm front moves northward. Due to warm temperatures aloft, storms will likely develop during the early to mid evening, and potentially continue into the overnight hours. A strengthening low-level jet may allow for a few strong to severe thunderstorms capable of producing hail.

Risk for Thunderstorms Friday across the Central and Northern Plains and the Upper Midwest
As an upper level trough moves through the Central US, an area of low pressure will intensify and lift northeastward. This low and the associated cold front will allow for the development of thunderstorms across eastern portions of the Northern and Central Plains, as well as the Upper Midwest, on Friday. A few storms, some severe, may be ongoing during the morning. Additional activity is expected during the afternoon and evening as instability increases with daytime heating. Some storms may become severe with damaging winds, large hail, and isolated tornadoes potential hazards. 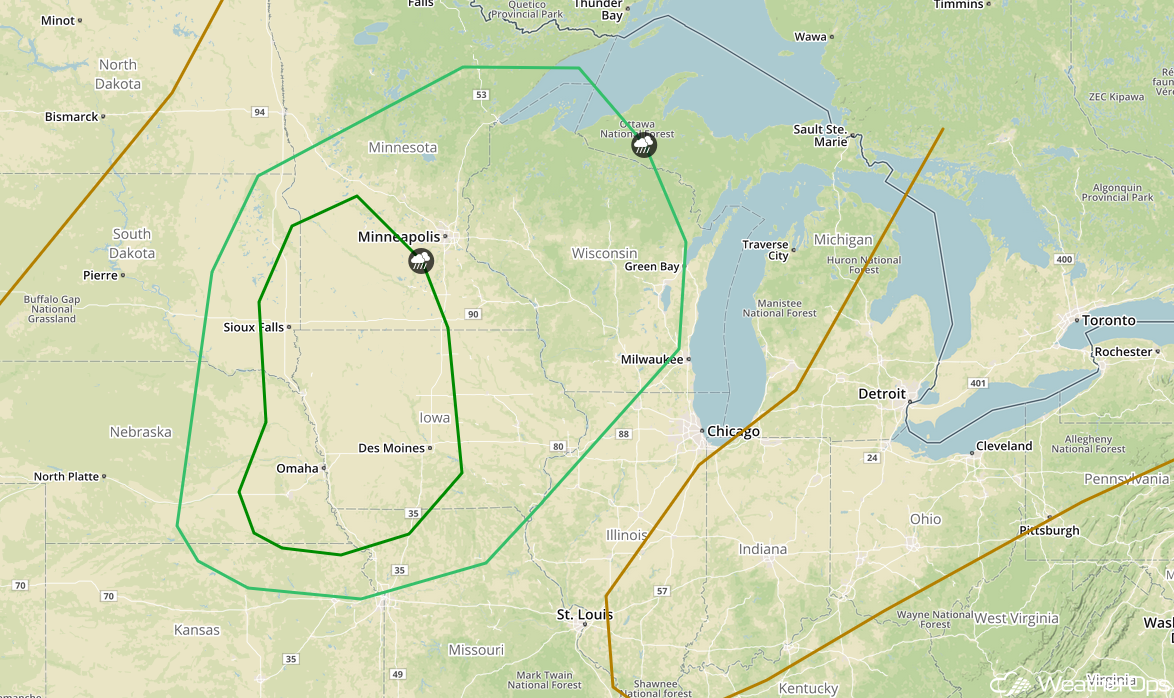 Excessive Rainfall for the Upper Midwest Friday
Some of the thunderstorm activity described above will have the potential to produce excessive rainfall. Rainfall accumulations of 1-3 inches with locally heavier amounts in excess of 4 inches are forecast. Given recent heavy rainfall, there will be an increased risk for flooding.

Tropical Update
An area of low pressure is forecast to develop Thursday between the coast of Africa and the Cabo Verde Islands. This is in association with a tropical wave forecast to move off the west coast of Africa late Thursday or early Friday. Additional development is expected and a depression could develop over the weekend while the system moves west-northwestward toward the Cabo Verde Islands.