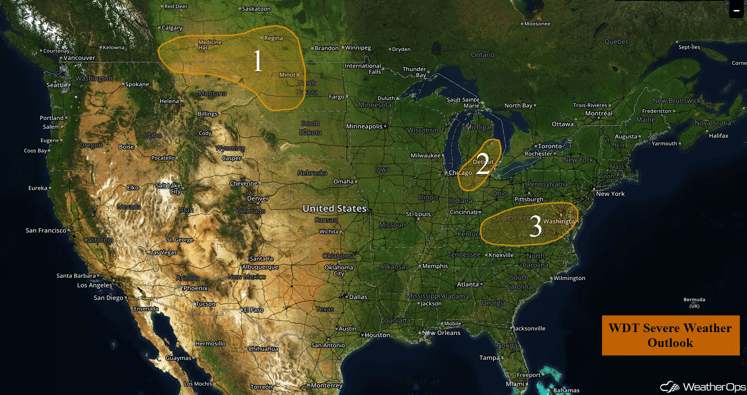 A weak upper low and attendant cold front will likely result in isolated to scattered showers and thunderstorms by late afternoon from along the Montana/Canada border, eastward into southern Manitoba and portions of North Dakota. While the threat for severe weather appears rather low, a few storms could become marginally severe with a small risk for severe wind and large hail. Storm activity should follow the front south and eastward into the overnight hours, with the threat of any severe weather gradually diminishing after dark.

Isolated to scattered showers and thunderstorms are slowly moving into the Midwest and Great Lakes regions this morning. While significant impacts are not forecast, daytime heating and the passage of a weak upper level trough may allow for some storms to become marginally severe later this afternoon and evening. With any of the stronger storms, the primary impact should be severe wind. Otherwise, storms should quickly weaken as the sun sets.

Update 1:18pm EDT: Tornado Warning near and including Charleston, WV.

Update 2:12pm EDT: A Severe Thunderstorm Watch is in effect for portions of Maryland, Virginia, and West Virginia until 8pm EDT. Damaging winds in excess of 70 mph and isolated tornadoes will be possible. 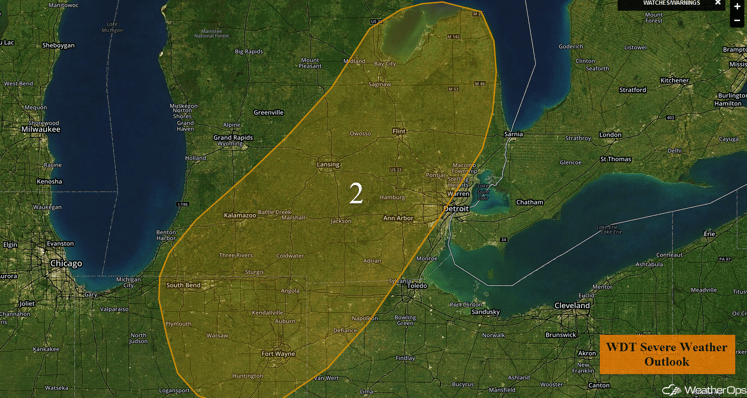 The threat for flash flooding will continue for portions of Central Texas into the Upper Texas Coast on Wednesday as deep tropical moisture remains in place. Scattered to widespread showers and thunderstorms will impact the region throughout the day into the early evening. Heavy rainfall rates leading to localized flash flooding will be possible. Rainfall totals of 1-3 inches with locally higher amounts in excess of 4 inches will be possible. 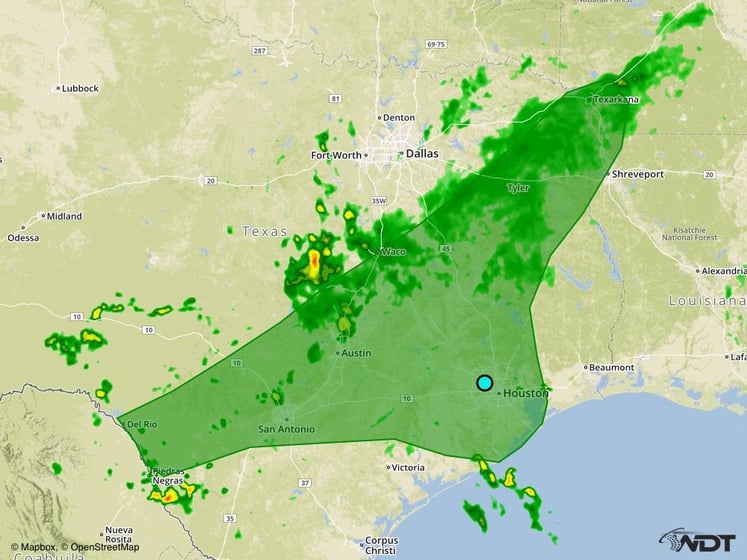 Strong to Severe Thunderstorms Possible Thursday Across the Northern Plains

Scattered strong to severe thunderstorms will be possible across portions of the Northern Plains on Thursday. A cold front progressing southward into the region during the day will allow for the development of thunderstorms across the region by the afternoon. Thunderstorms are expected to develop along and ahead of the cold front during the late afternoon hours and increase in coverage and intensity during the evening hours as they track eastward. Primary impacts with these storms will be large hail, damaging winds, and isolated tornadoes.

Severe weather is expected across portions of the Midwest and Central Plains on Friday as a cold front continues to surge southward across the Northern Plains. Widespread showers and thunderstorms are expected to develop ahead of the front. Clusters of storms will persist into the late evening hours as the activity shifts eastward. Primary hazards will be large hail and damaging winds.