Severe thunderstorms are expected across portions of the Southeast northward into the Ohio Valley on Wednesday ahead of a cold front moving eastward. A round of snow is expected across the Lower Peninsula of Michigan as an area of low pressure moves to the south of the region. Elevated winds and seas are expected for portions of the Gulf of Mexico in association with a passing cold front.

Region 1
Much of the Ohio Valley, Southeast, and into the Mid-Atlantic will be under a threat for severe weather today as a strong low pressure system tracks through the Midwest. Ongoing severe thunderstorms across Alabama and Georgia this morning will pose a threat for large hail and damaging wind gusts, and an isolated tornado for the next few hours. The next round of thunderstorms is expected to begin during the early afternoon hours along and ahead of a cold front that will track through the outlook region during the day. Storms will develop from southern Indiana southward into western Alabama during the afternoon and increase in coverage and intensity while shifting eastward throughout the day and evening. The atmosphere will support very large hail, damaging wind gusts, and tornadoes, with the tornado threat being greatest over the Tennessee Valley. Thunderstorms will reach the Mid-Atlantic/Florida by the late evening/overnight hours with the primary hazards being damaging winds. 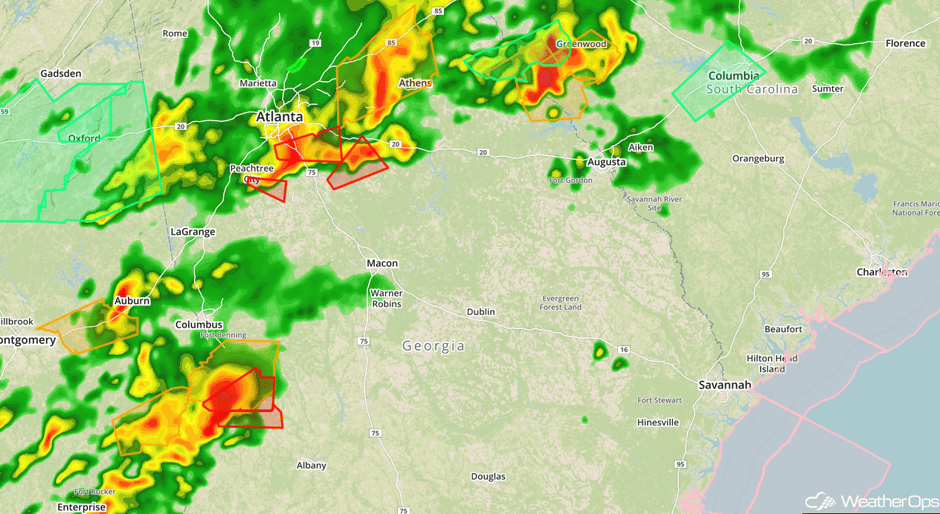 Update 1:09pm EDT: Tornado Watch in effect for portions of Alabama, Florida, Georgia, and South Carolina until 8pm EDT. Hail to 2.5", damaging winds, and tornadoes, some intense, will be possible. 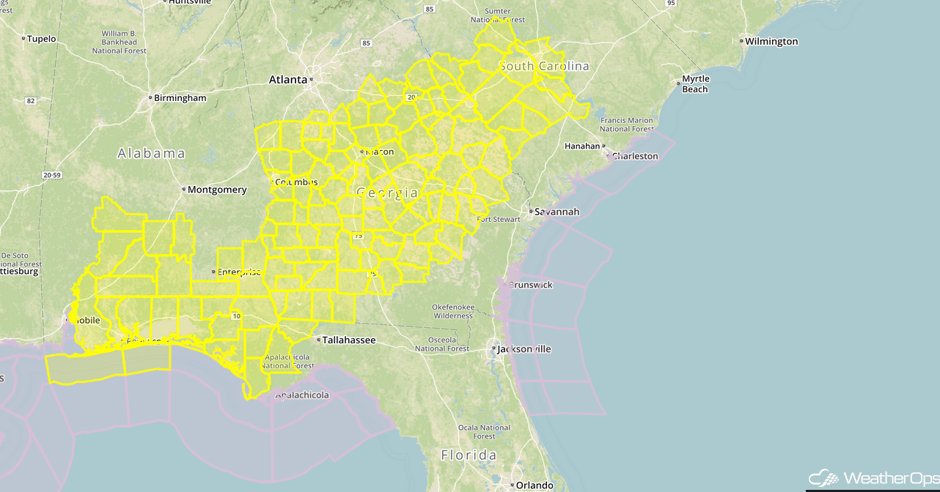 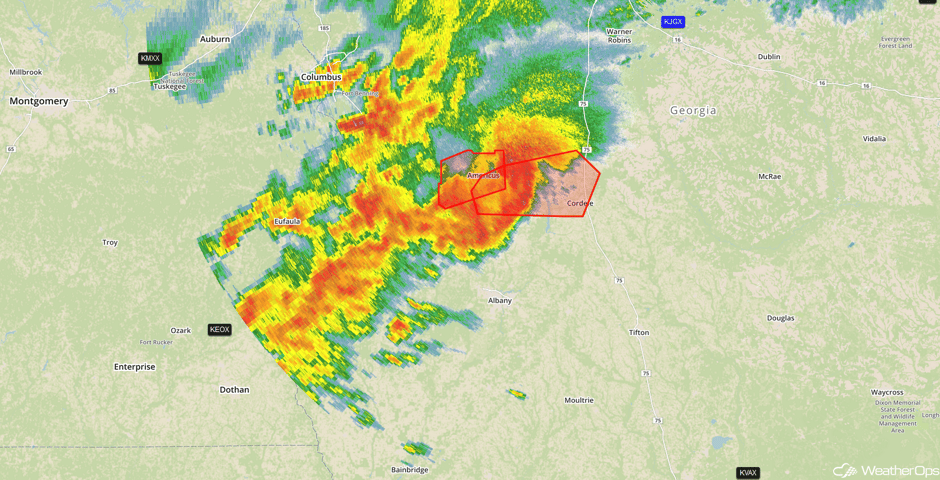 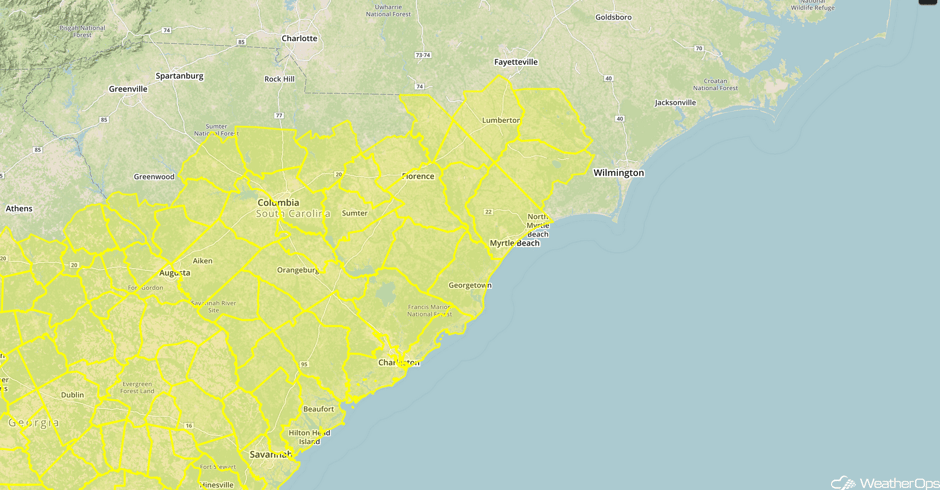 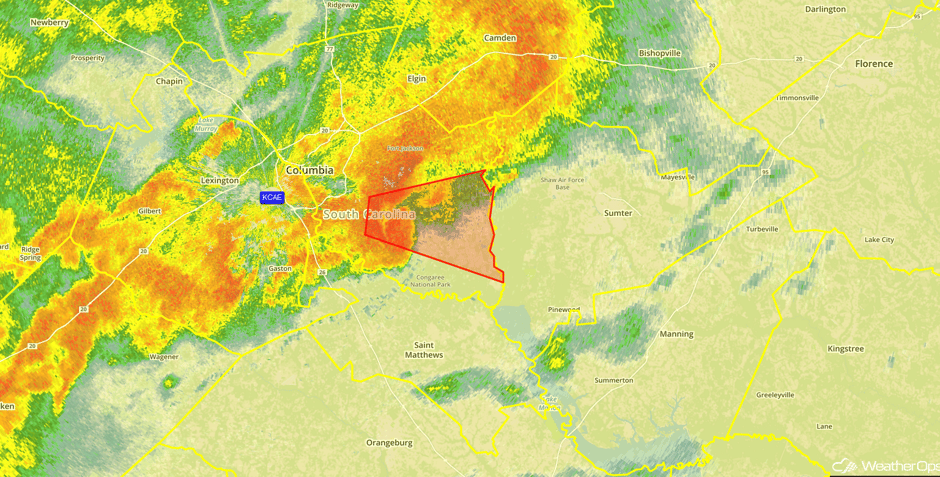 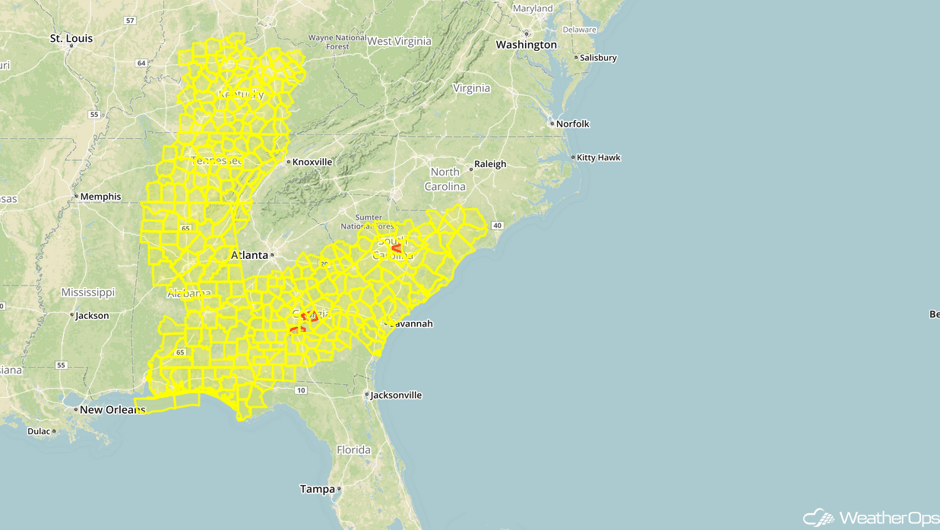 Update 3:24pm CDT: Severe Thunderstorm Watch in effect until 9pm EDT for portions of Illinois, Indiana, Kentucky, and Ohio. Hail to 2 inches, damaging winds to 70 mph, and isolated tornadoes will be the main hazards.

Region 2
An area of low pressure to the south will bring snow to the region beginning Wednesday evening and continue through Thursday. Snow will taper off Thursday evening before ending overnight. Snow accumulations of 3-6 inches with isolated higher amounts of 7 inches are forecast. In addition, winds of 20-25 mph with gusts in excess of 40 mph will allow for areas of blowing snow, visibilities of less than half a mile, and wind chills in the teens.

Region 3
A cold front will move into the western portions of Gulf of Mexico Wednesday morning. Ahead of the front, winds will be southwesterly at 10-15 knots. Behind the front, winds will be northwesterly to north-northwesterly at 20-30 knots with gusts in excess of 35 knots. Swells of 5-7 feet are expected near the shore and 7-9 feet in the deep waters. Scattered showers and thunderstorms will also be possible along the front. Conditions will subside Thursday afternoon.

Strong to Severe Thunderstorms Possible for the Mid Atlantic on Thursday
The area of low pressure described above will continue to move northeastward into the Northeast. The associated warm front will continue to lift northward, pulling warm moist air into the Mid Atlantic ahead of a cold front. This will allow for thunderstorm activity ahead of the front. With strong wind shear and forcing ahead of the front, large hail and damaging winds will be the primary hazards, but a few tornadoes cannot be ruled out. In addition, heavy rainfall amounts of 1-2 inches with isolated amounts in excess of 3 inches are expected. 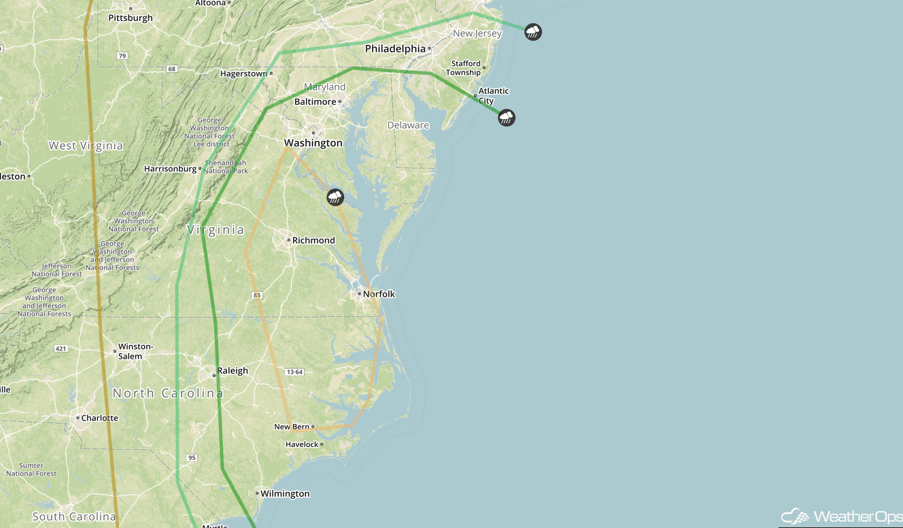 Excessive Rainfall Possible for Portions of California on Friday
As a Pacific low slowly tracks eastward its associated cold front will track into California. Ahead of the low pressure, ample moisture will be pulled northward into California and with the front providing strong lift across the region moderate to heavy rainfall will be likely across California. Rain will continue into Saturday morning with rainfall amounts of 2-4 inches with isolated higher amounts in excess of 5 inches will be possible. With the heavy rain falling across the region excessive runoff and localized flooding will be possible in the valleys of California. 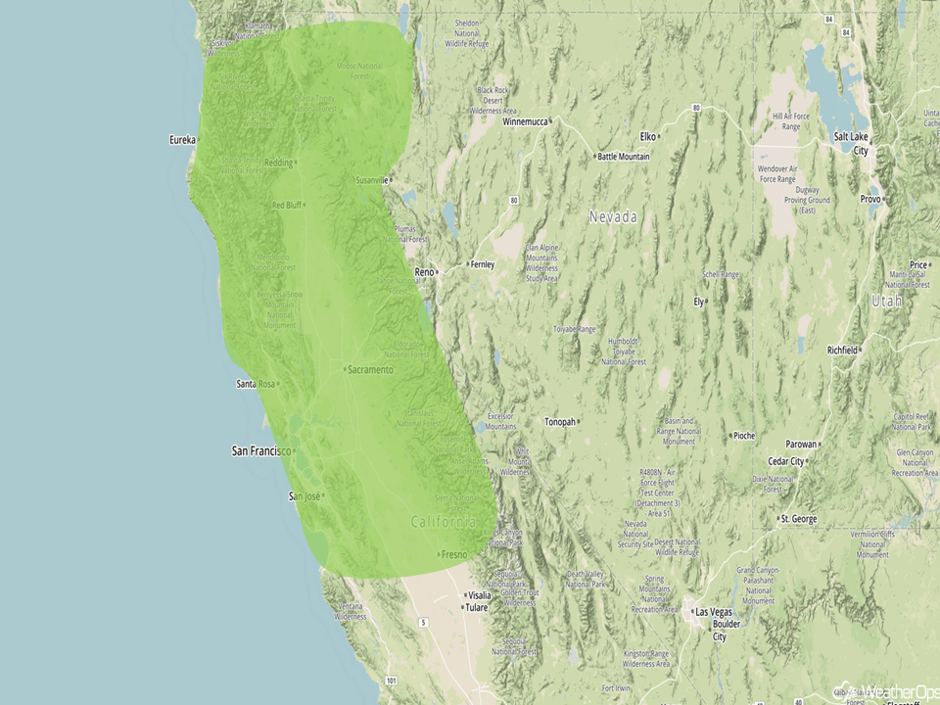 Strong to Severe Thunderstorms Possible for the Pacific Northwest on Friday
Instability and strong wind shear ahead of a cold front will result in an increase in shower and thunderstorm activity during the afternoon on Friday. Some of this activity may become strong to severe with large hail the primary hazard but there may be a few isolated instances of damaging winds. 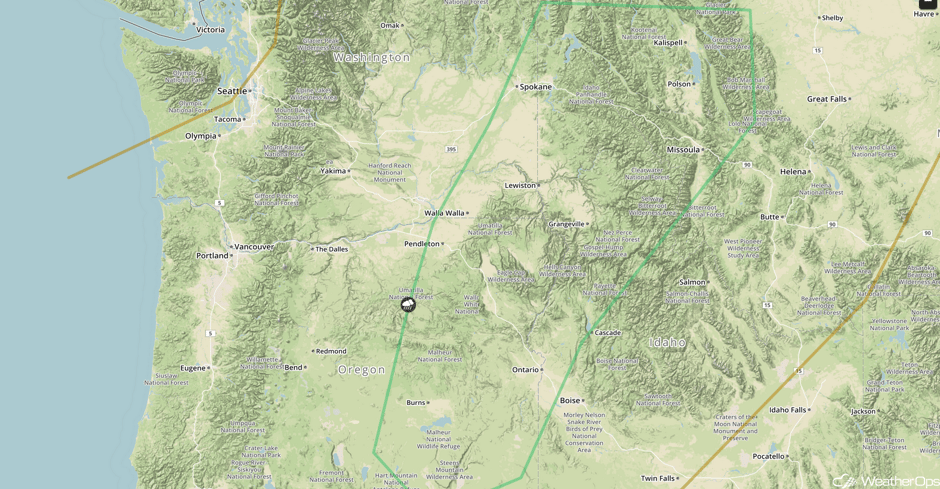 A Look Ahead
An area of low pressure will move out of the Intermountain West and into the Plains. Ahead of the low, warm moist air will move northward. Ahead of this low, instability will build during the day. With wind shear increasing across the region, thunderstorms are expected. With any thunderstorms that develop, large hail, damaging winds, and tornadoes will be possible.