Strong to Severe Thunderstorms Possible for Portions of the Plains on Wednesday
An upper level trough will move into the Southern High Plains this afternoon. At the surface, plentiful moisture should be in place along and ahead of a dryline. While wind shear should be weak, instability should be sufficient for the development of strong to severe thunderstorms. Hail and damaging winds will be the primary hazards with any storm, but an isolated tornado or two cannot be ruled out. The higher threat will be across New Mexico and Texas, but a secondary threat will exist from Kansas into Nebraska and Iowa, 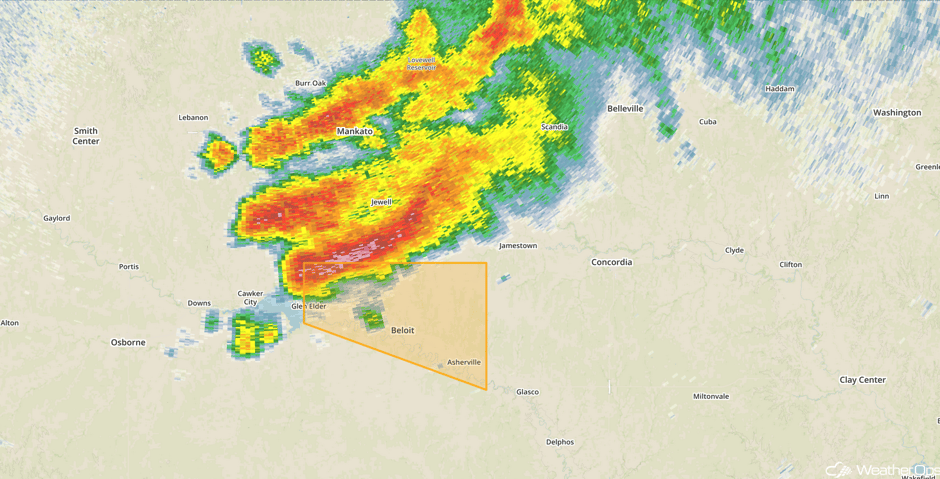 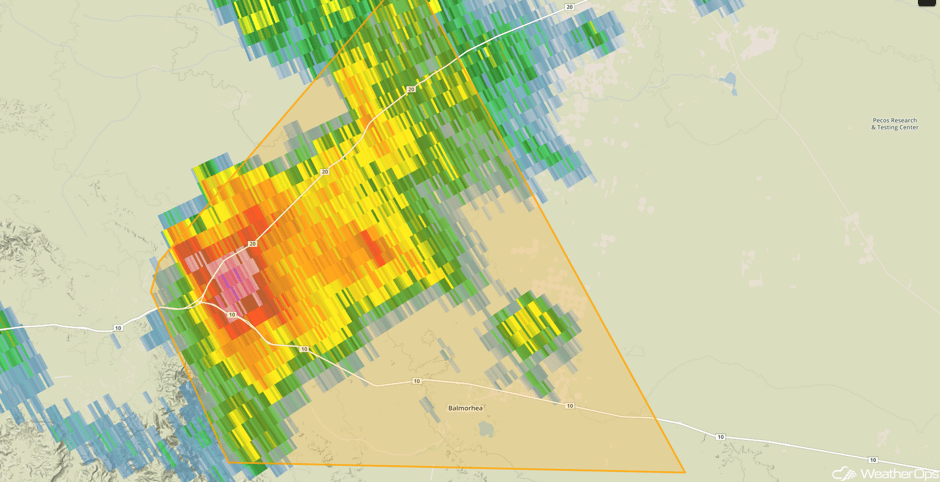 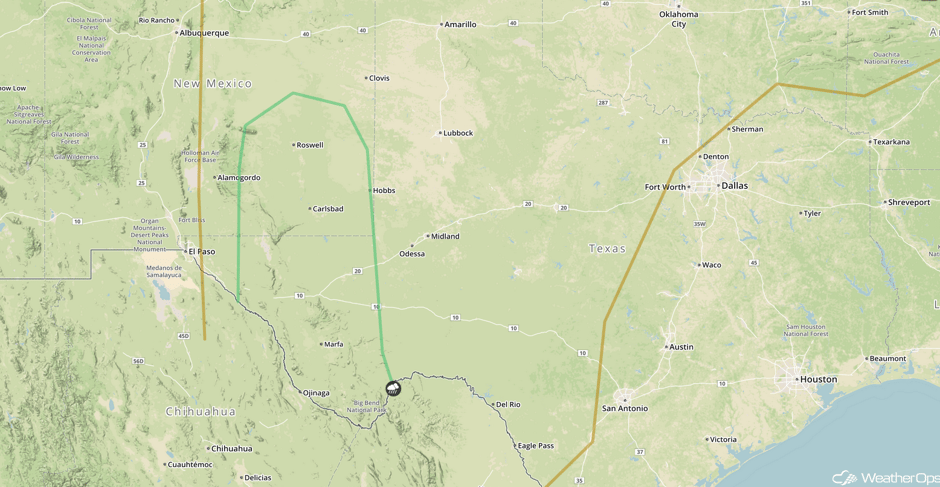 Excessive Rainfall Possible for Portions of Northwestern Texas and Western Oklahoma on Thursday
An ongoing cluster of heavy rain and thunderstorms from Wednesday night is forecast to move through northwestern Texas into western Oklahoma on Thursday. The cluster of precipitation and thunderstorms will limit overall instability and the potential for additional thunderstorm development in the afternoon. However, heavy to excessive rainfall may lead to flooding and/or flash flooding. Rainfall amounts of 2-3 inches with locally higher amounts in excess of 5 inches are forecast. 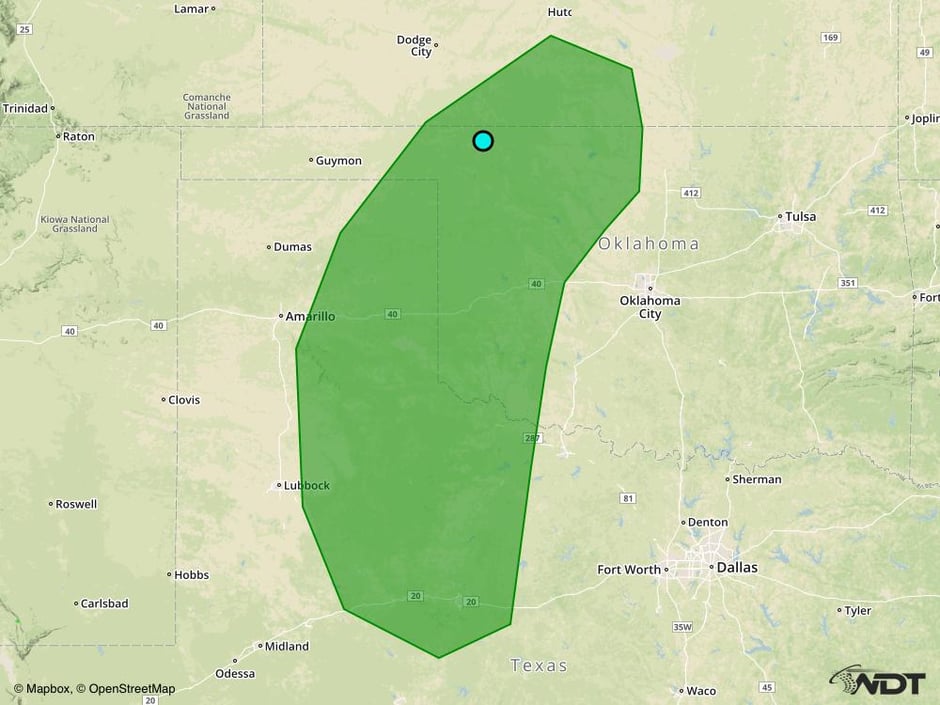 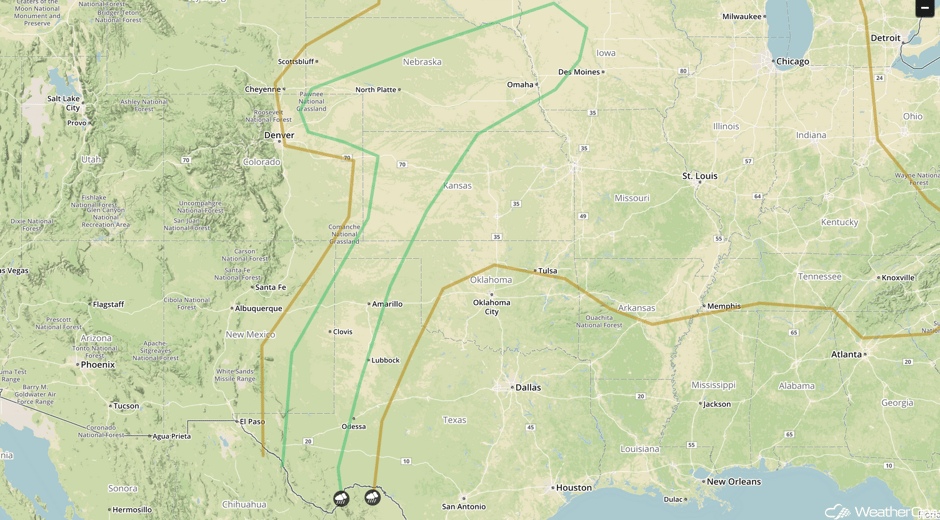 Excessive Rainfall Possible Friday for Portions of Central Plains
Thunderstorms will evolve into a complex Friday evening and into early Saturday morning. As the complex progresses over eastern Nebraska and western Iowa, heavy to excessive rainfall will be possible. Total rainfall accumulations of 2-3 inches with locally heavier amounts in excess of 4 inches are forecast. 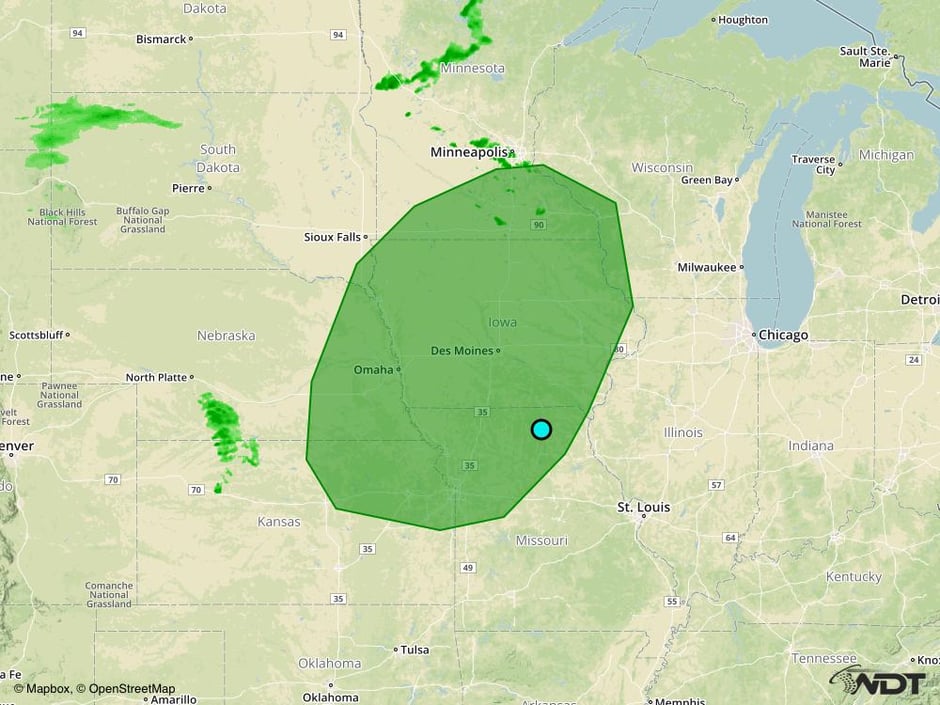 A Look Ahead
The cold front moving across the Plains will continue moving over the region on Saturday, allowing for a potential for strong to severe thunderstorms across the Plains. Gusty winds and hail will be the primary hazards with these storms. There will be the potential for thunderstorms across portions of the Northern Plains as an area of low pressure and warm front moves northward.