A warm front lifting northward will provide a focus for thunderstorm development across the Upper Mississippi Valley on Tuesday. Heavy rain will be possible across the Mid Atlantic Tuesday and Wednesday as moisture from the remnants of Tropical Depression Julia moves into the region. As an upper level disturbance moves across the Midwest on Wednesday, thunderstorms are likely across portions of the Missouri Valley and Midwest. Thunderstorms capable of heavy rainfall will be possible across portions of the Upper Midwest and Central Plains.

A warm front will lift into Region 1 this afternoon and evening, bringing with it a risk for severe weather across the region. Storms are currently not expected to develop until much later in the day, around 7 PM or later, but when they do form, large hail will be the primary hazard. Storms may eventually become linear as they move toward the Great Lakes, with the primary hazard transitioning to damaging winds. 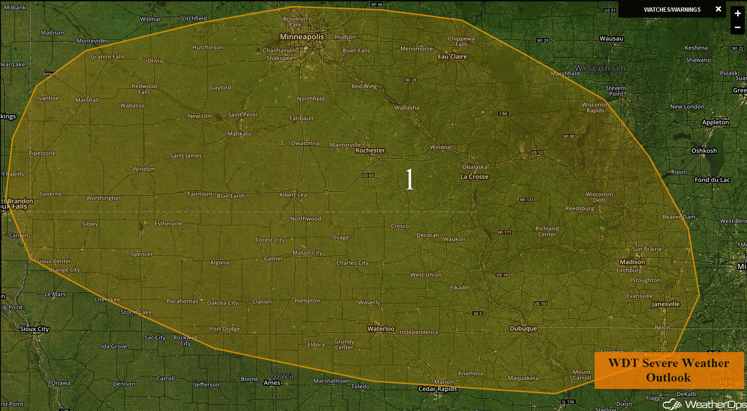 Excessive Rainfall Possible Tuesday and Wednesday for the Mid Atlantic 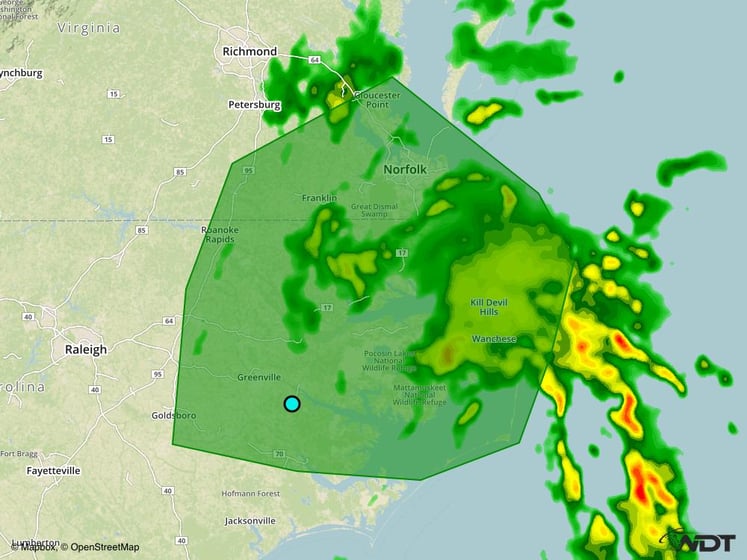 On Wednesday, the severe weather threat may expand slightly westward and northward with the passage of an upper level disturbance. A warm front over the Upper Midwest is forecast to move northward ahead of a developing low level jet while a cold front begins to track southward into the Central Plains. Moisture will be plentiful, increasing instability. Showers and thunderstorms, some severe, are forecast with a risk for severe wind and large hail. Tornadoes will also be possible with any rotating storms. The threat for more widespread and significant severe weather looks like it will be suppressed by weak upper level flow over the region. As such, the greatest threat for severe impacts will likely remain confined to along and just ahead of the warm front over Minnesota and Wisconsin. 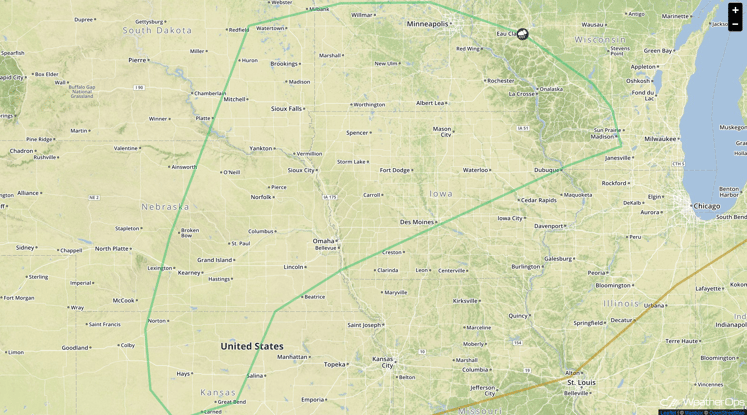 Expected showers and thunderstorms on Wednesday will be capable of producing copious amounts of rainfall owing to plentiful moisture across the region. Rainfall totals through early Thursday morning will likely range from 1-2 inches withing training thunderstorms along the warm front. Locally higher amounts in excess of 3 inches will be possible in addition to a threat for flash flooding. 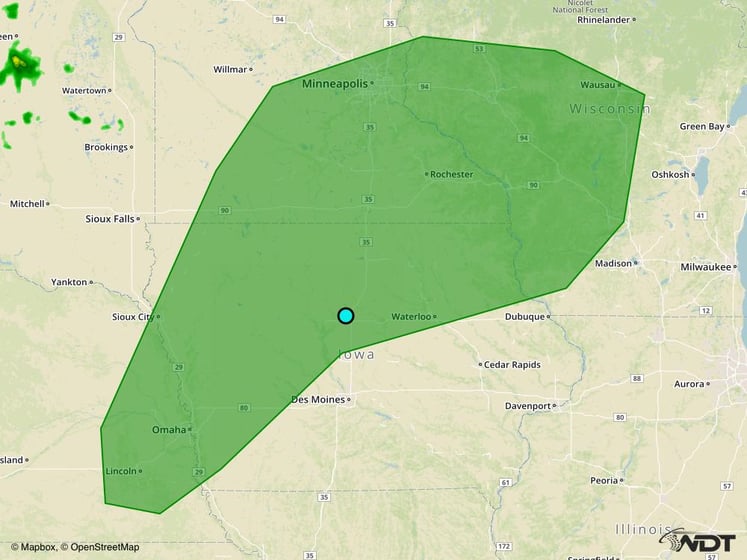 The center of Tropical Storm Karl (red oval) is moving toward the west at 17 mph. A west-northwest to northwestward motion at a slightly slower forward speed is expected later today through Thursday. Maximum sustained winds are near 40 mph with higher gusts. Some strengthening is forecast during the next 48 hours.

Tropical Storm Lisa (green oval) has developed and is moving toward the northwest near 12 mph and this general motion is expected to continue through Thursday. Maximum sustained winds are near 40 mph with higher gusts. Some strengthening is expected over the next few days.