Heavy to excessive rainfall will continue for the Northeast on Tuesday as the remnants of Florence move across the region. Thunderstorms are expected to develop across the Midwest along a stalled front. In addition, there will be a risk for excessive rainfall from the Upper Midwest into the Northern Great Lakes through Thursday.

Excessive Rainfall for the Northeast on Tuesday
The remnants of Florence will continue to move northeastward across the Northeast today. This will bring widespread rain and thunderstorm activity to much of the area. Since this activity is embedded within a tropical air mass, most of this activity will be very efficient in producing heavy to excessive rain. Rainfall amounts of 1-2 inches with locally higher amounts in excess of 3 inches are expected, leading to a risk of flooding. This activity should move offshore by the evening. 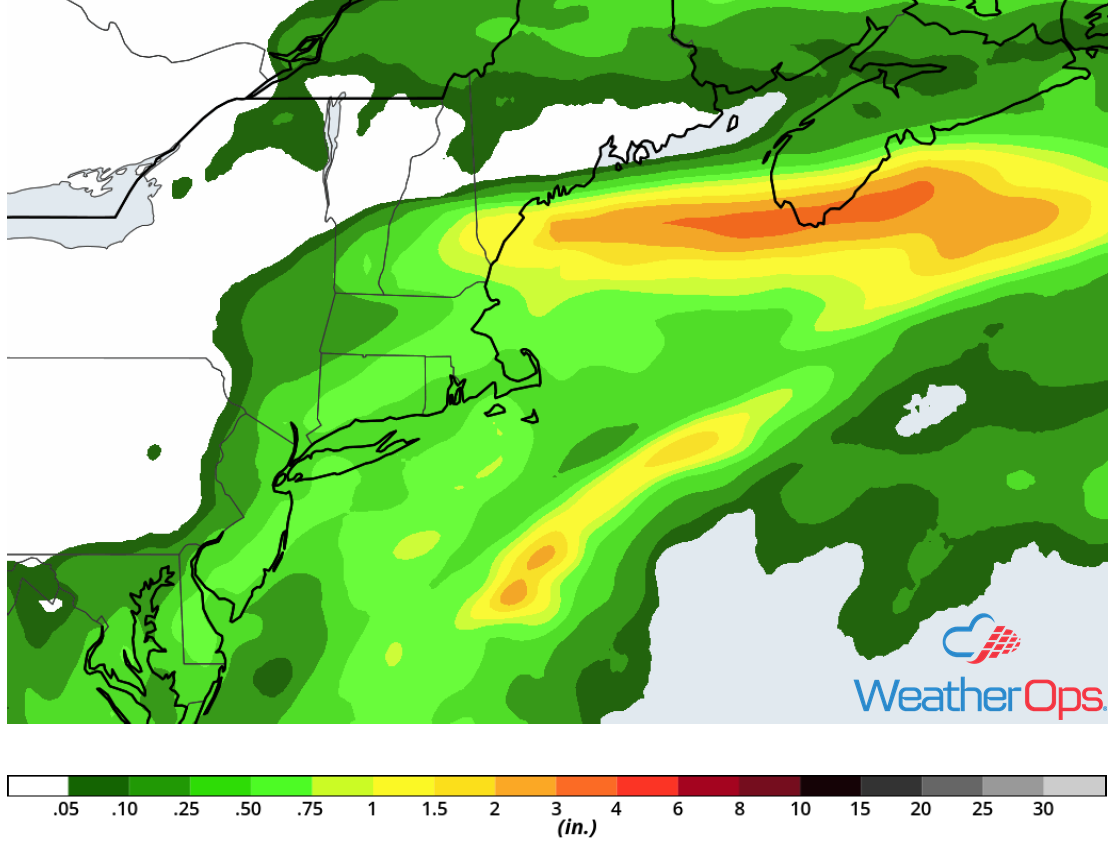 Thunderstorms Tuesday across the Midwest
Morning thunderstorm activity just to the north of a stalled front is forecast to track southeastward across the Midwest and into the Great Lakes. This will bring a risk for damaging winds and large hail. Going into the afternoon, daytime heating combined with plentiful moisture will allow instability to build. This instability, in addition to increasing wind shear late this afternoon, will allow for the development of thunderstorms. Activity will develop into clusters and track eastward to southeastward along the front. Some of this activity will become strong to severe with large hail, damaging winds, and tornadoes being potential hazards. 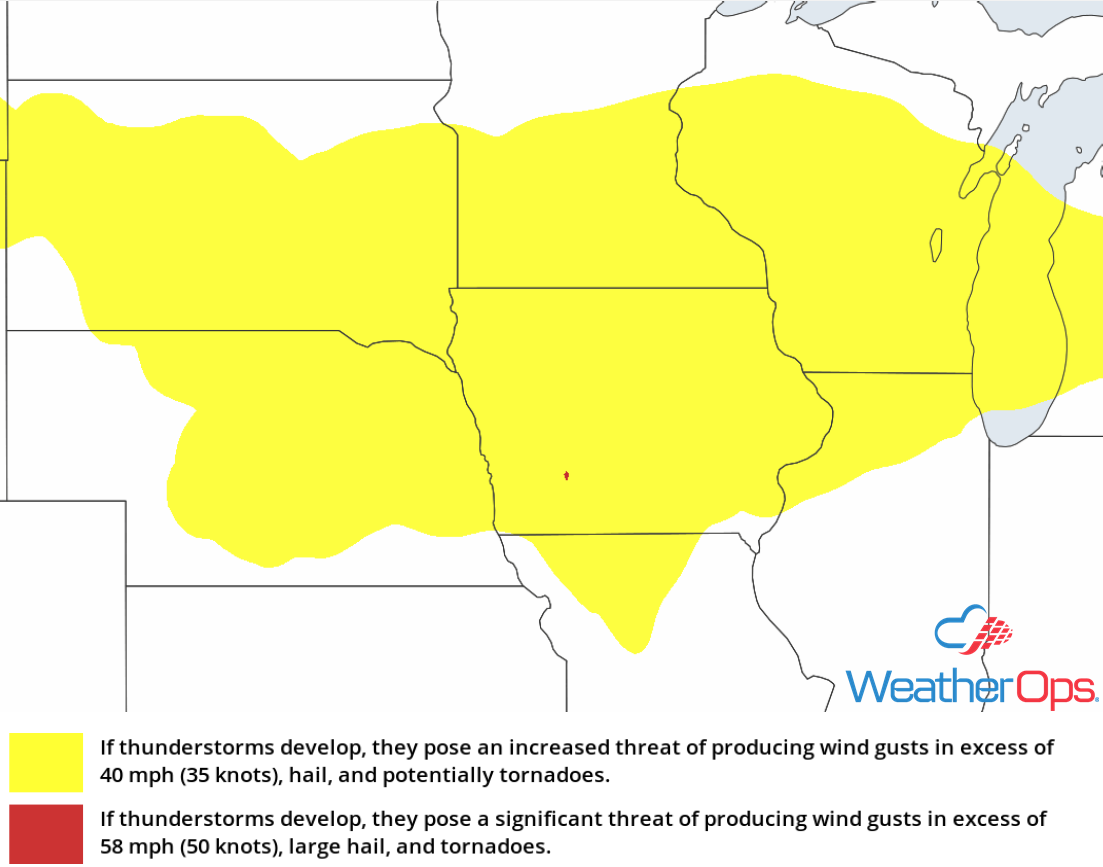 Excessive Rainfall for the Upper Midwest and Northern Great Lakes through Thursday
The stalled front described above will continue to remain in place over the next few days, leading to a risk for excessive rainfall through Thursday. Three day rainfall totals of 2-4 inches and locally higher amounts in excess of 6 inches are expected, This will pose a risk for flash flooding and excessive runoff.

Risk for Thunderstorms Wednesday from Wyoming to Southern Minnesota
An area of low pressure will develop in the lee of the Rockies and track east-northeastward across the Plains into the Midwest. Ahead of this low, as well as along and to the north of a stalled front, conditions will be favorable for the development of showers and thunderstorms. Further to the west, ample moisture and upslope flow will allow for the development of showers and thunderstorms across Wyoming and the Front Range. A few storms could become strong to severe with damaging winds and large hail as the primary hazards.

Potential for Thunderstorms from the Central Plains into the Upper Great Lakes on Thursday
The area of low pressure described above will track northeastward across the Central Plains and into the Upper Great Lakes on Thursday. At the same time, the system's cold front will be tracking east to southeastward across the region. Ahead of the front, warm moist air will be brought northward. As daytime heating increases during the afternoon, instability will build. Strong wind shear, and forcing along and ahead of the cold front will lead to the development of showers and thunderstorms. Much of this activity will evolve into clusters and track southeastward, bringing a risk of damaging winds, large hail, and an isolated tornado or two.

Tropical Update
Tropical Depression Joyce is 440 miles south of the Azores and is moving southward at 8 mph. Joyce is expected to gradually turn to the southwest and west over the next couple days. The depression is forecast to become a remnant low tomorrow.

A Look Ahead
Showers and thunderstorms will extend from the Great Lakes into the Central Plains on Friday ahead of a cold front. By Saturday, heavy rain is expected across portions of the Central and Southern Plains as tropical moisture moves into the region.  The heaviest rain will extend from Arkansas into the Ohio Valley on Sunday. A cold front may allow for the development of thunderstorms Monday across the Upper Midwest.