A region of instability covers most of the Great Plains, from Central Minnesota to Southern Oklahoma on Tuesday. A surface Low and associated cold front and dryline will bring storms to the region, with further north having a mostly linear threat and the further south having the potential for discrete cells. All modes of severe weather are possible throughout this region, particularly in the Central and Southern portions.

Update 2:52pm CDT: Tornado Watch in effect for portions of Kansas and Nebraska until 9pm CDT. Large hail in excess of 2 inches, damaging winds in  excess of 70 mph and tornadoes will be possible. 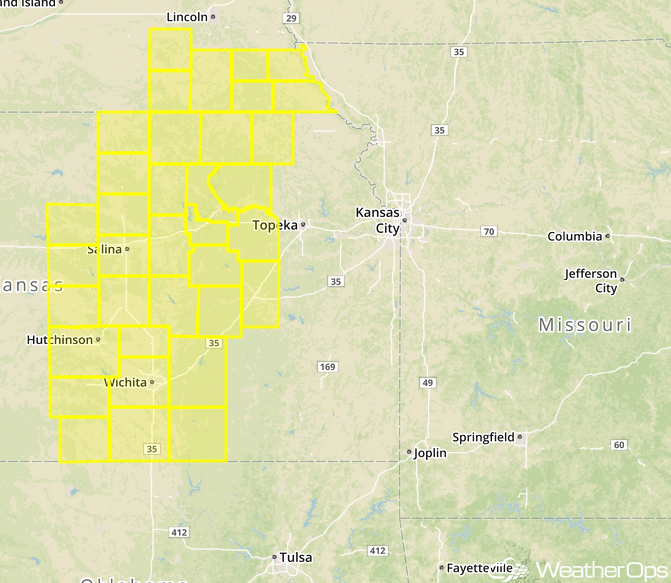 The Bahamas and the Eastern Coast of Florida remain in immediate threat of Hurricane Mathew. The storm will begin to affect the region from Wednesday to Thursday and will likely maintain its strength through its interaction with the Haiti and Cuba.

A strong upper-level low will dig into the Great Plains on Tuesday. Ahead of this trough, a deepening surface low over the northern Great Plains will allow for warm moist air to move into the Southern Great Plains. Given the strong instability in place, as well as wind shear from a strong jet stream over the region, some of these thunderstorms will likely become supercells. All modes of severe weather are possible including strong wind, large hail, and tornadoes. By evening, thunderstorms should merge into a squall line, and the main threat will shift towards damaging wind gusts as storms push east into northeastern Oklahoma, eastern Kansas, and western Missouri.

Precipitation on the west side of a surface low will transition to snow above 4,500 feet on Tuesday as cold air moves south out of Canada. Snowfall accumulations should generally be light, around 2-4 inches in mountainous locations with a few locations possibly seeing over 6 inches of snow. 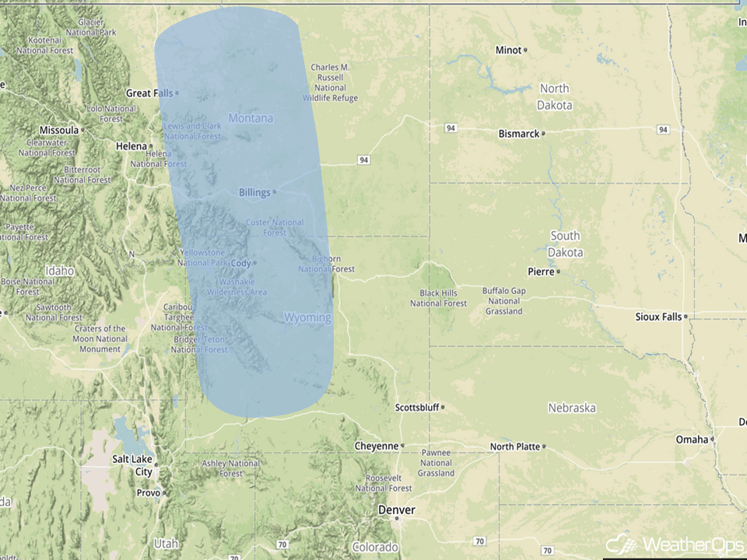 Strong to Severe Thunderstorms Possible in the Central Plains Tomorrow

Thunderstorms are expected to be ongoing Wednesday morning ahead of a cold front moving through the region. By afternoon, moderate instability and wind shear across the region should allow for a few thunderstorms to become strong to severe, with large hail and damaging winds to be the main hazards. 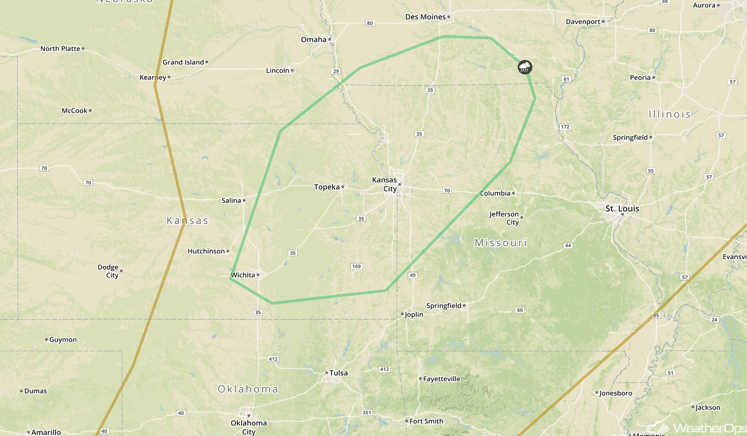 Locally Heavy Snowfall Possible in the Northern Rockies on Wednesday

Thunderstorms Possible in the Central Plains on Thursday

Thunderstorms are expected to develop on Thursday ahead of a developing surface low. Conditions will be favorable for a few of these thunderstorms to become severe, with large hail and damaging wind gusts expected to be the main hazards. In addition to the threat for strong to severe thunderstorms, heavy rainfall will be possible. Wide spread rainfall accumulations of 1-3 inches can be expected across western and central Oklahoma and eastern Kansas, with locally higher amounts in excess of 3 inches possible in some locations. 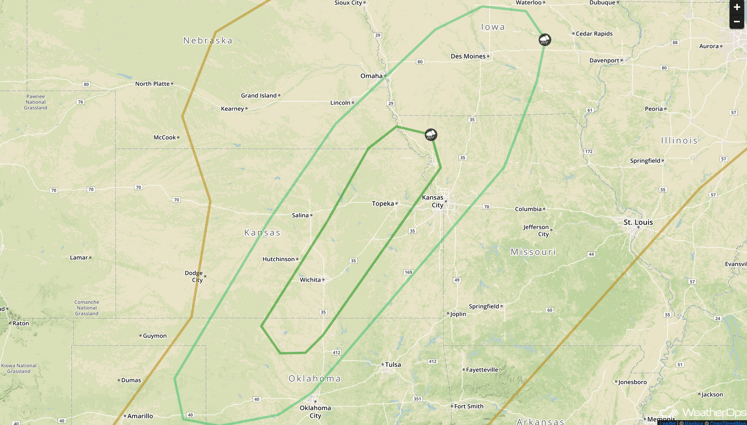 Hurricane Matthew (green circle) is currently moving over southwestern Haiti, and will continue roughly northward today. It should move over parts of eastern Cuba and into the Bahamas later today and tonight. The storm is expected to move to the northwest after that, and its center is forecast to eventually come very close to the southeastern US. It should be noted that the envelope of uncertainty with the track covers most of the Florida Peninsula, and eastern portions of Georgia, and the Carolinas, which means that there is at least some chance Matthew could come ashore in those areas.

Farther to the east, Tropical Storm Nicole (red circle) remains disorganized, but continues to produce showers and thunderstorms. This system may develop further in the next 12-24 hour or so until it moves into an area with higher shear. The system’s forecast path is highly uncertain because of interactions with Hurricane Matthew. Elsewhere in the region, there are no other imminent tropical cyclone threats.

Hurricane Matthew will need to be monitored along the East Coast by the end of the week with the potential for tropical storm conditions along the coast. Elsewhere, thunderstorms will be possible for portions of the Plains Friday as an area of low pressure and cold front moves across the region.