Thunderstorms may develop across portions of New Mexico on Tuesday as a weak disturbance tracks through the Four Corners region.

Thunderstorms for Portions of New Mexico on Tuesday
Upslope flow along with some convergence in northern New Mexico near a stalled front and area of low pressure should allow for scattered thunderstorms. Some thunderstorms will be strong to severe with large hail, damaging winds, and tornadoes all potential hazards,

Excessive Rainfall Wednesday for Eastern New Mexico
A nearly stationary front draped across the Central US will remain positioned between two areas of high pressure. Shower activity should be more pronounced than on Tuesday, owing to increasing moisture lifting northward from the Gulf of Mexico. As a result, there will a risk of minor flooding and runoff. 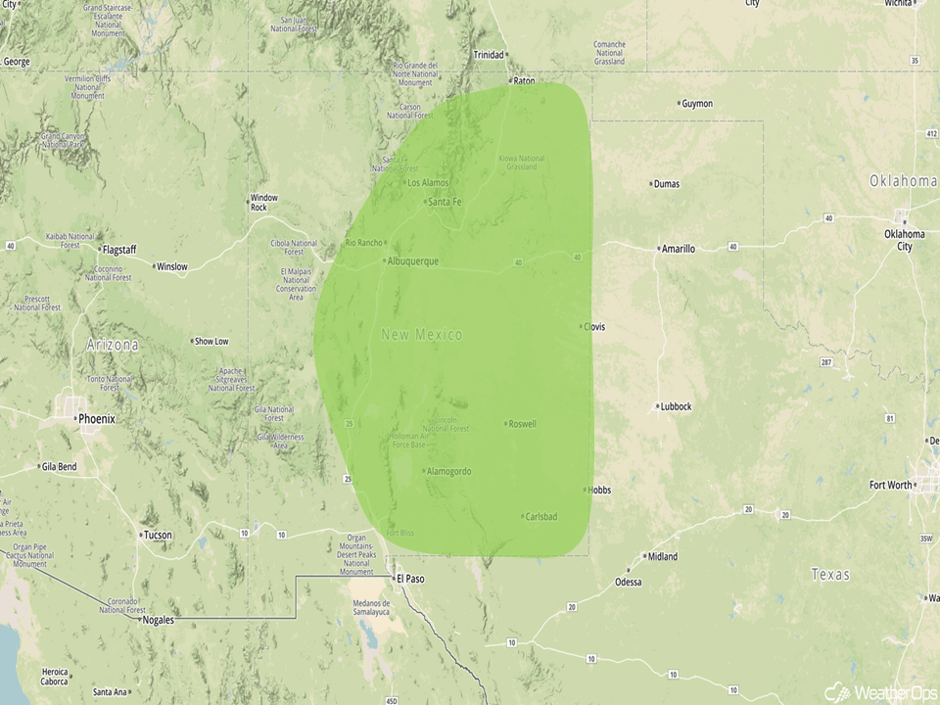 Excessive Rainfall Potential Thursday for the Missouri Valley
A minimal threat for severe weather will continue into Thursday. A new area of low pressure is not expected to intensify much during the day. However, showers and thunderstorms are expected along and south of a warm front stretching from Nebraska into Illinois. Rainfall amounts of 1-2 inches with locally higher amounts are forecast from Thursday into early Friday. There will be a risk for flooding and runoff across the region.