Heavy to excessive rainfall is expected across Arizona through Wednesday as deep tropical moisture associated with the remnants of Rosa move northward. There will be a risk for excessive rainfall across the Four Corners region through Wednesday as an upper level trough moves onto the West Coast. Thunderstorms are forecast to develop across Ohio, Pennsylvania, and New York on Tuesday ahead of a cold front.

Excessive Rainfall for Arizona through Wednesday
Deep tropical moisture associated with the remnants of Rosa will impact Arizona in the form of heavy rain over the next couple of days. Flooding is already being reported over southwest Arizona, and this area of heavy rain will slowly shift northward over the next 48 hours. Widespread rainfall accumulations of 2-4 inches can be expected over southern and western Arizona with locally higher amounts in excess of 6 inches. Flash flooding is likely, in addition to a risk for mudslides. 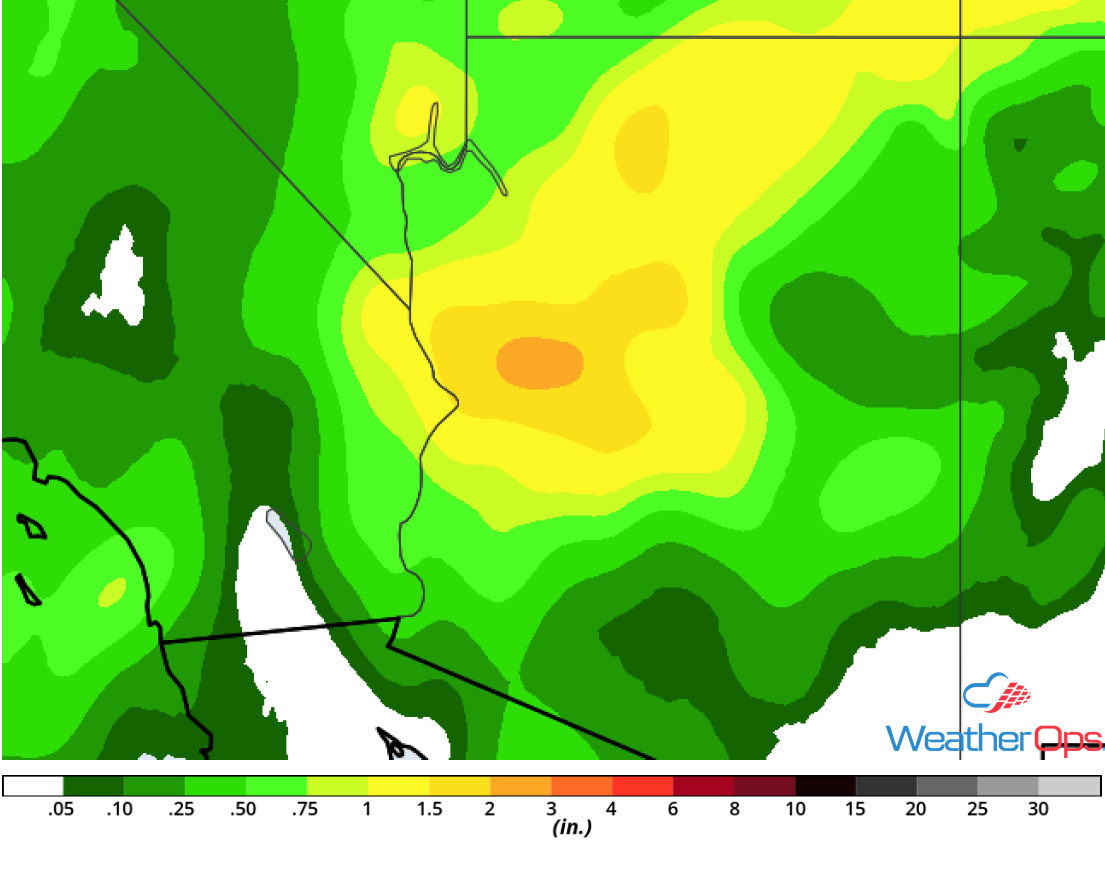 Potential for Excessive Rainfall through Wednesday across the Four Corners Region
There will be a risk for isolated flash flooding across the Four Corners region through Wednesday as an upper level trough moves into the region. This trough will interact with tropical moisture, allowing the development of thunderstorms with rainfall rates in excess of an inch per hour. This will allow for a quick 1-2 inches within the heaviest storms, leading to isolated flash flooding. 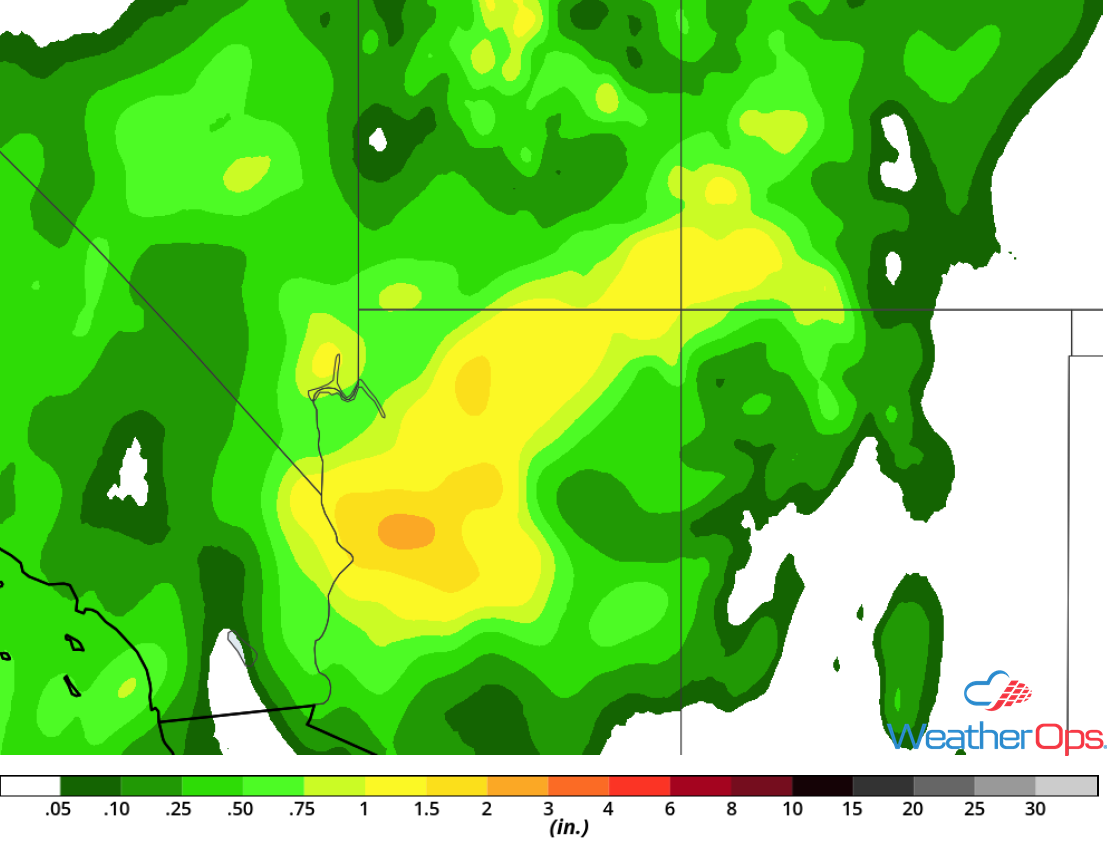 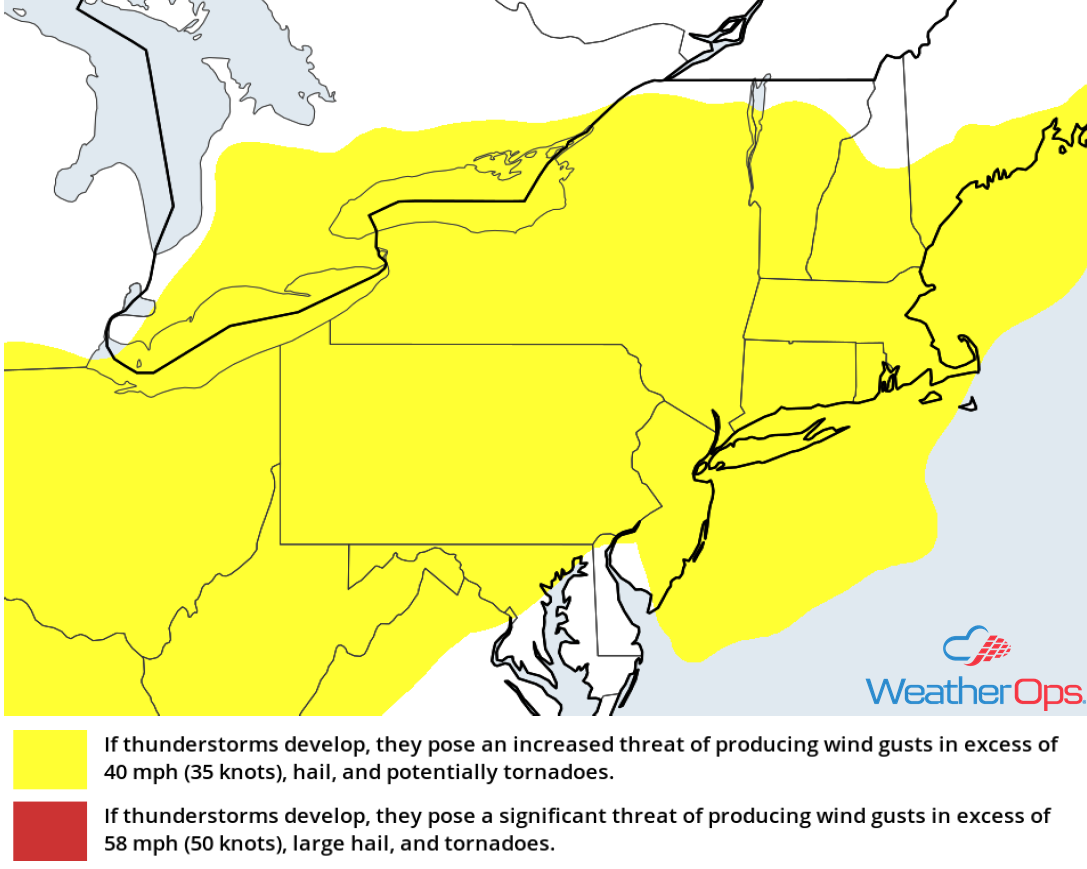 Risk for Thunderstorms Wednesday across the Desert Southwest
Strong to severe thunderstorms are expected to develop across portions of the Desert Southwest on Wednesday, including southern Nevada, southwest Utah, and western Arizona. An upper level trough will move into the Southwest US during the day, allowing for the development of thunderstorms during the late afternoon and evening. Initially, storms will be supercellular with large hail, damaging winds, and tornadoes all potential hazards. Into the evening, the primary hazard will become damaging winds as storms move eastward. 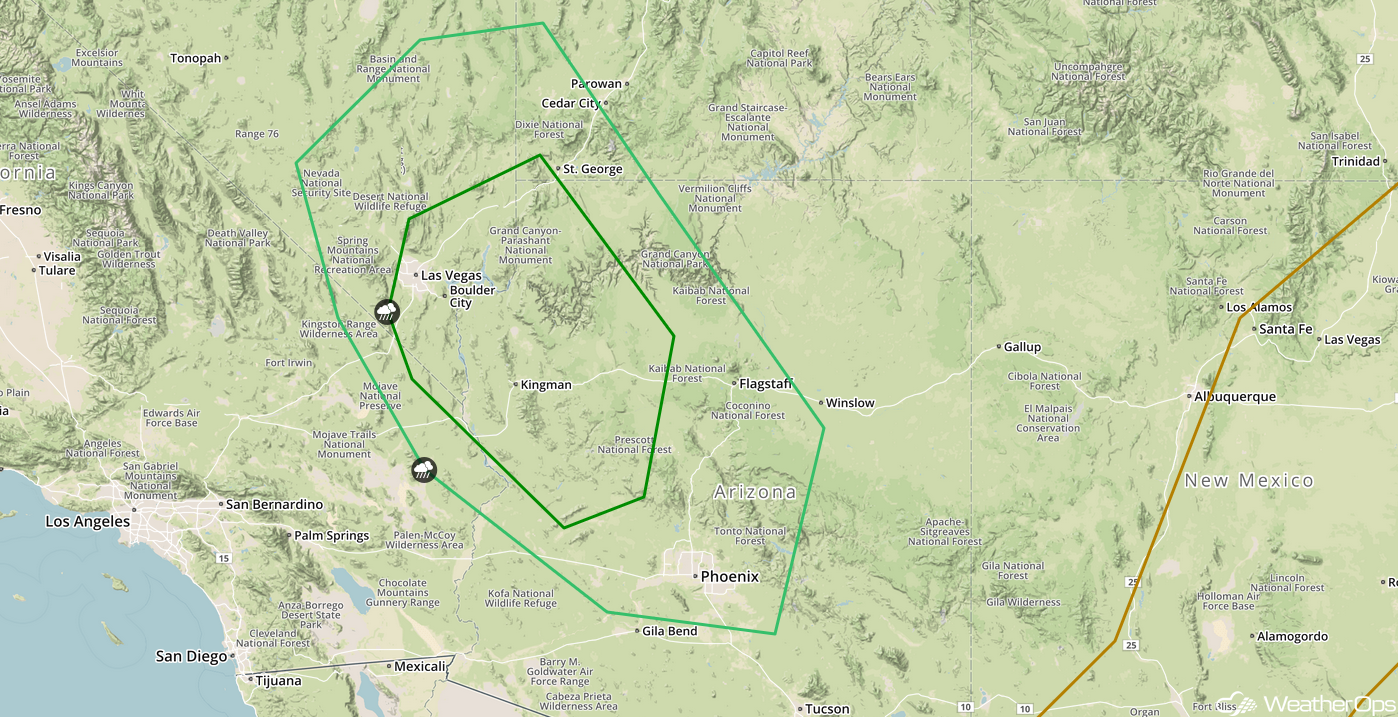 Thunderstorm Potential from the Central Plains into the Upper Midwest on Wednesday
There will be a potential for severe thunderstorms across portions of the Midwest and Central Plains on Wednesday. An area of low pressure will develop, aiding in streaming warm, moist air northward. A cold front will move southward and will be the focus for isolated to scattered thunderstorm development. Storms are expected to develop during the mid to late afternoon. Primary hazards will be hail and damaging winds, but a few tornadoes cannot be ruled out as storms begin to develop. 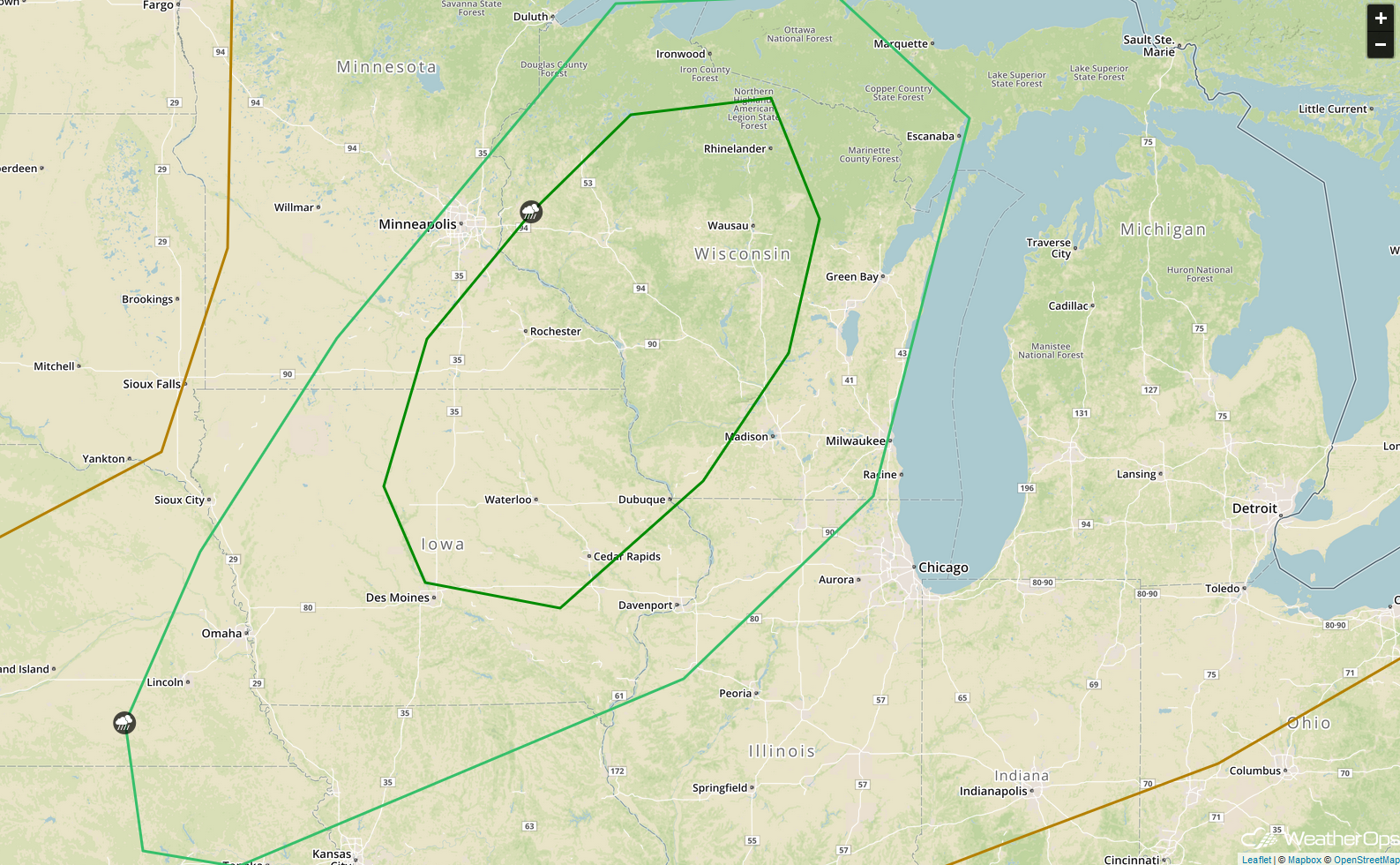 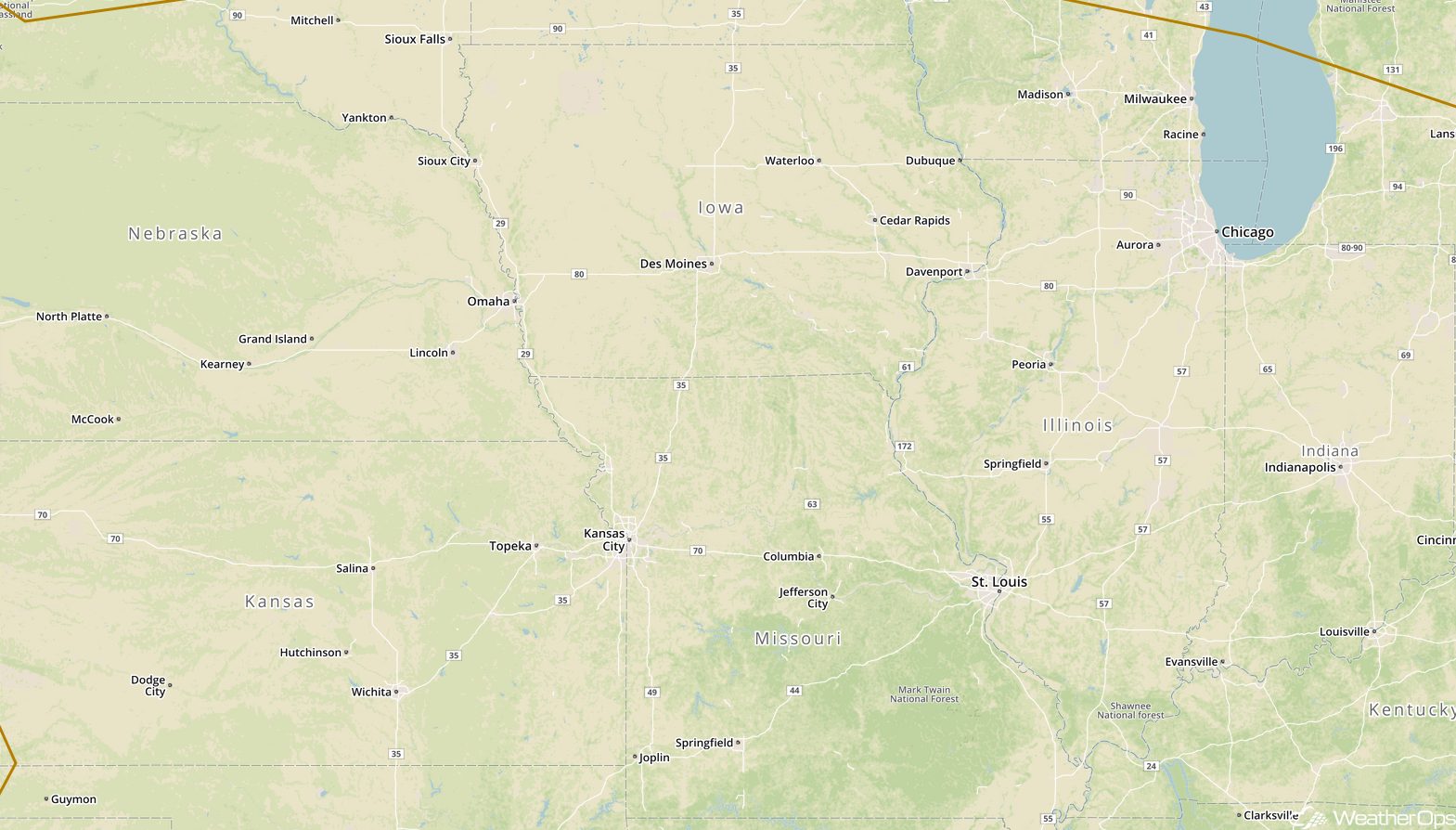 A broad area of low pressure located over the southwestern Caribbean (red oval) is producing disorganized showers and thunderstorms. Some gradual development of this system may occur late this week and this weekend while it drifts northward. 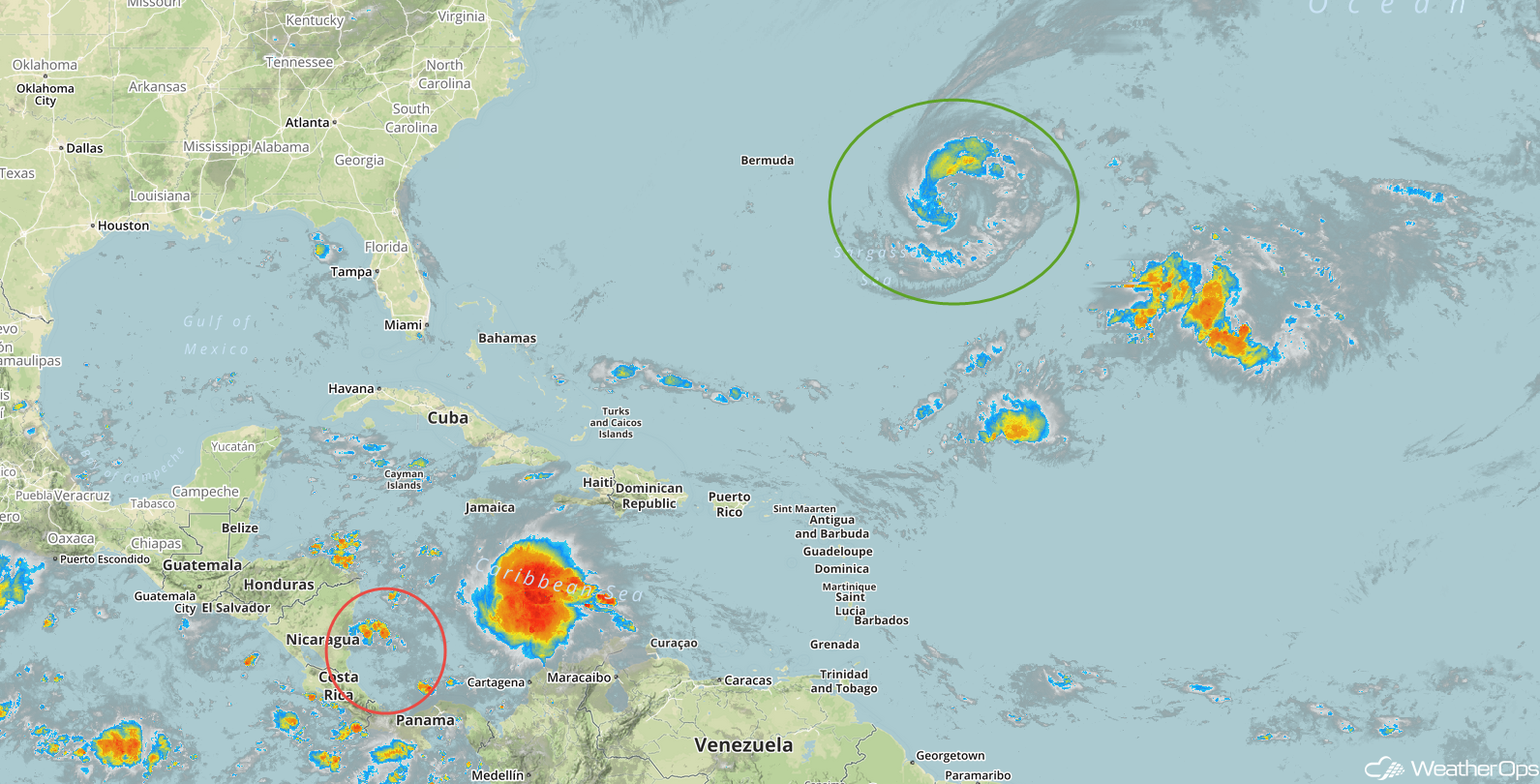