Excessive rainfall is expected to continue from Central Texas into the Southern Mississippi Valley on Tuesday as an upper level trough moves across the region. A cold front will bring elevated winds and seas to portions of the western Gulf of Mexico through early Thursday afternoon. 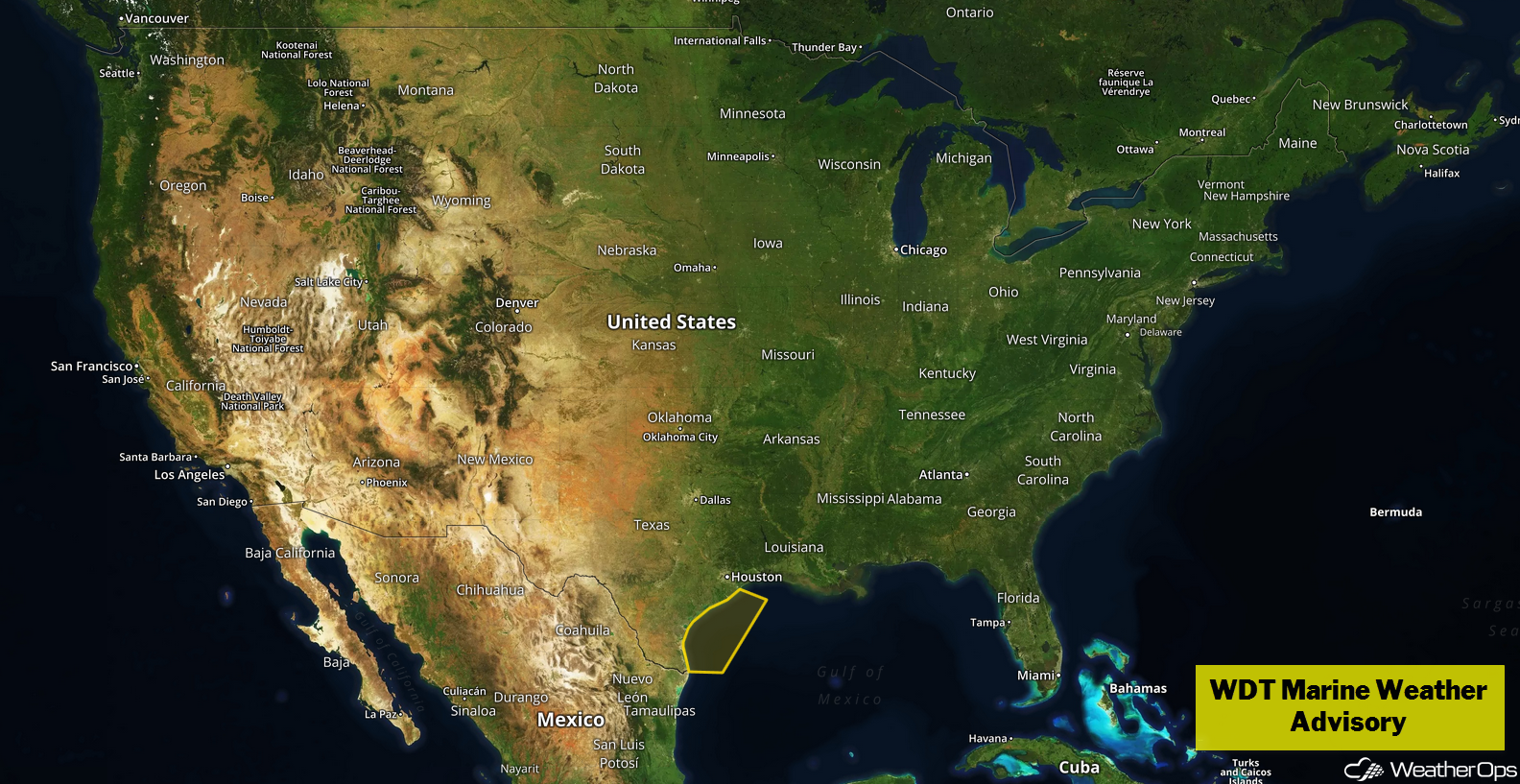 Excessive Rainfall Continuing from Central Texas into the Southern Mississippi Valley on Tuesday
Rainfall is expected to persist from the Big Bend area of Texas northeastward across northern Louisiana into central Mississippi, leading to the potential for flash flooding. A cold front has moved south of the region, but the cooler, drier air mass north of the front is fairly shallow. Southerly winds will continue to bring warm moist air northward. An upper level trough moving slowly into the southwestern US will provide the lift needed for widespread shower and thunderstorm activity to continue. Rainfall amounts of 2-3 inches with locally higher amounts in excess of 4 inches are expected. This rain falling in areas that have already received rainfall could result in flash flooding. 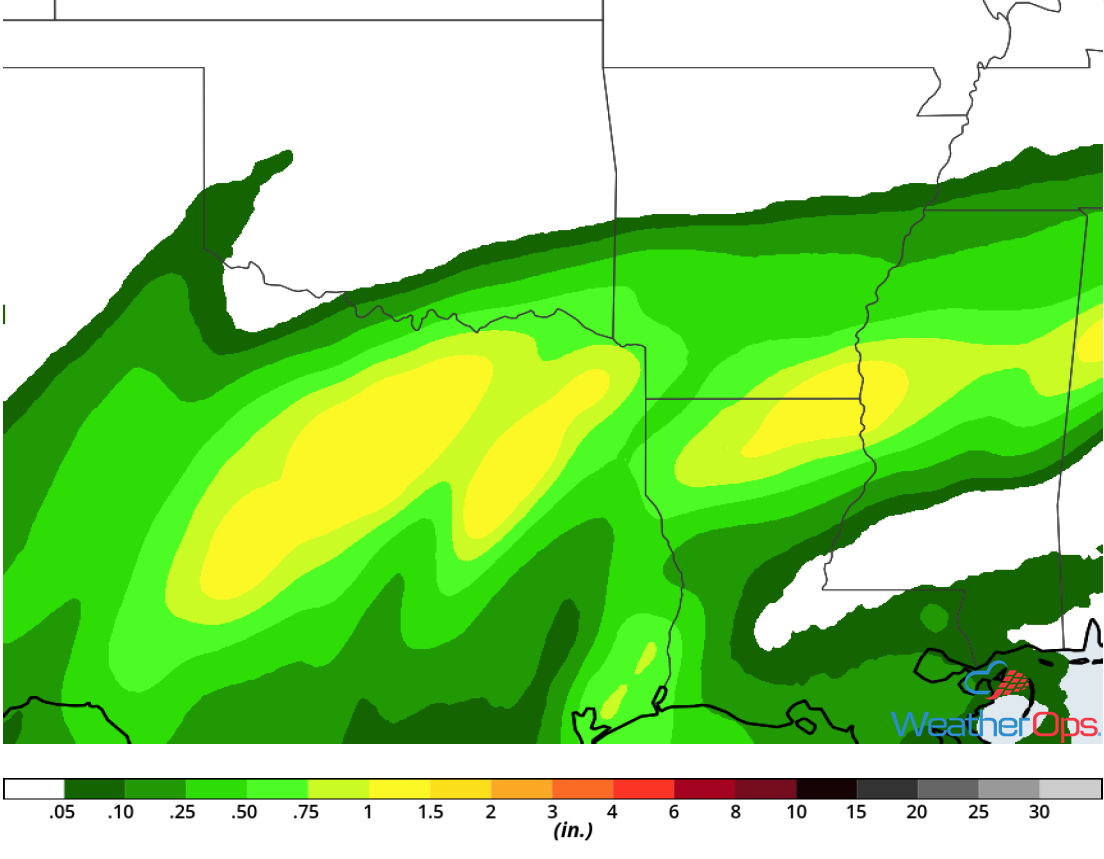 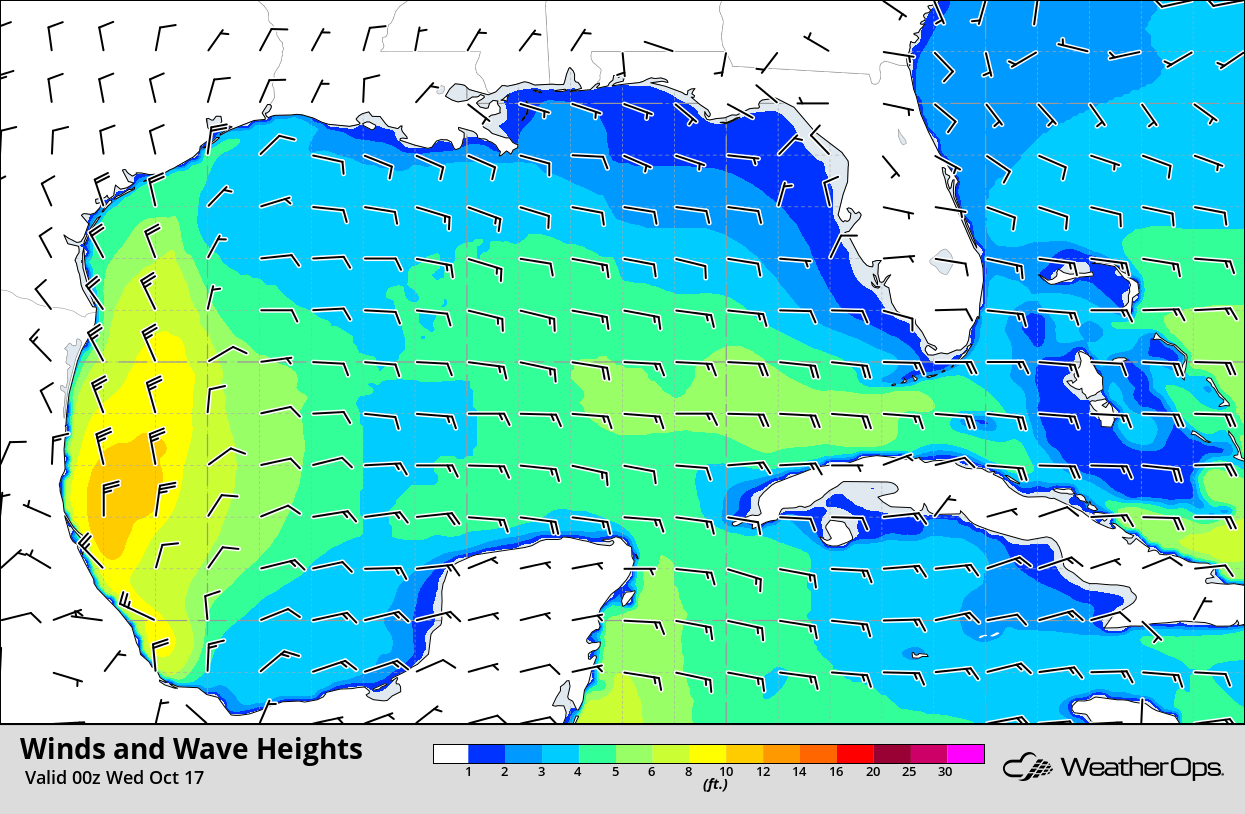 Tropical Update
A well defined area of low pressure located near the northwestern coast of Honduras continues to produce a large area of cloudiness and thunderstorms over portions of the far western Caribbean Sea and much of Central America. Although this system could still become a tropical depression before it moves inland over southern Belize by early afternoon, further development is unlikely due to land interaction. Once the low moves inland, rapid weakening is expected. Regardless of development, gusty winds are forecast over portions of Belize and the eastern Yucatan Peninsula before diminishing this evening. In addition, locally heavy rainfall and flash flooding is expected over portions of Central America over the next few days. 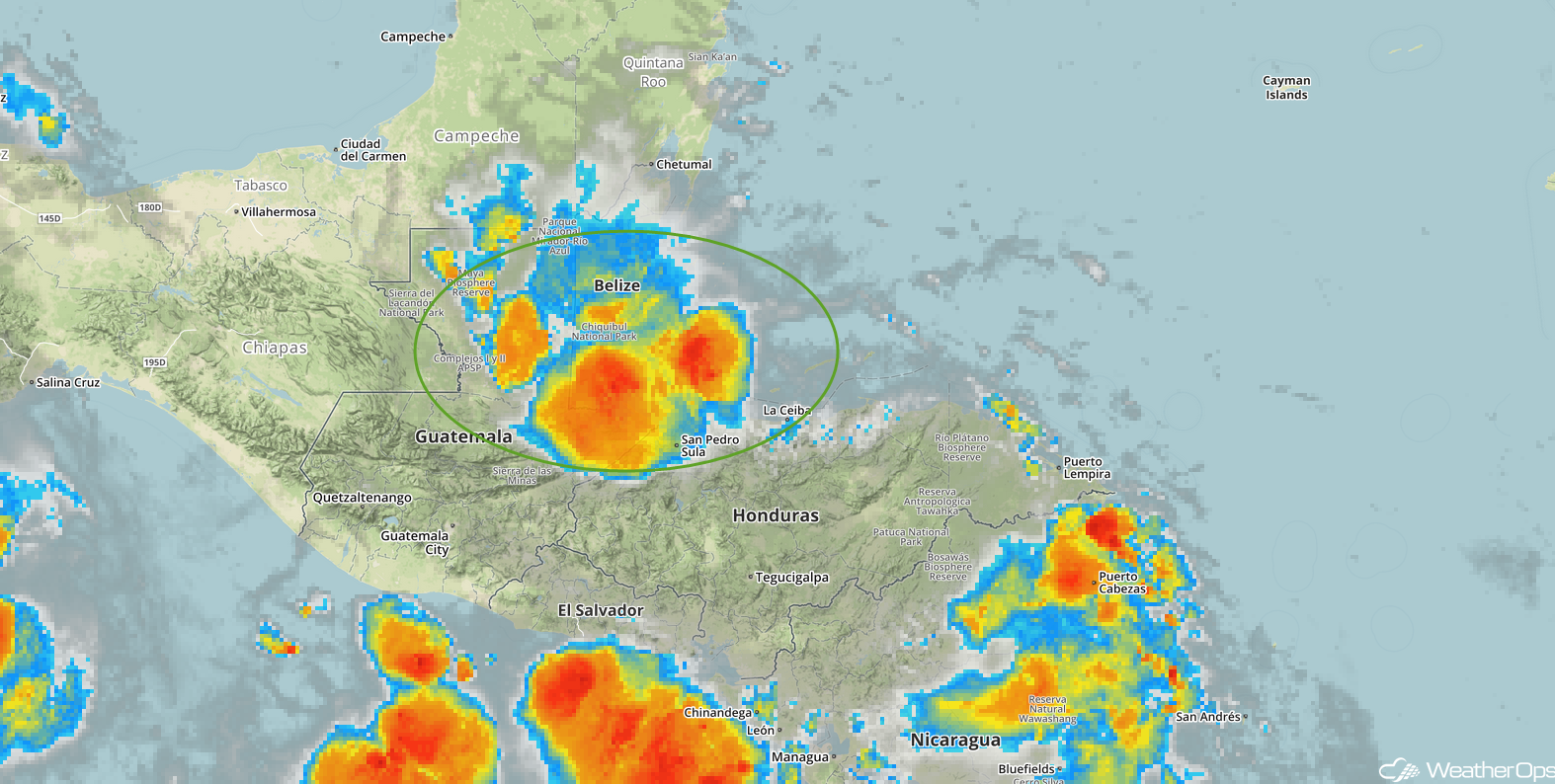 A Look Ahead
Showers will extend from southern Texas into the Lower Mississippi Valley on Friday as a weak area of low pressure moves eastward. Light snow is forecast across the Great Lakes on Saturday. Further east, light rain will move across the Northeast as a cold front moves across the region. By Sunday, snow may develop across western portions of New York and Pennsylvania. Light rain may move into portions of South Texas on Monday.