Thunderstorms are expected to continue from the Southeast into the Mid Atlantic on Tuesday. A warm front will be the focus for thunderstorm development across Oklahoma and Arkansas. Increasing instability will allow thunderstorms to continue across portions of the Gulf of Mexico through early evening.

Thunderstorms from the Southeast into the Mid Atlantic on Tuesday
A squall line extending from the Mid Atlantic to the Gulf Coast is continuing to move eastward, bringing a potential for strong winds. Isolated tornadoes cannot be ruled out, but strong winds should remain the primary hazard. Most of this activity should move offshore or weaken into the afternoon and evening. Some strong to severe thunderstorms may linger across the Southeast and the Gulf Coast throughout the day.

Potential for Thunderstorms Tuesday across Oklahoma and Texas
An area of low pressure will meander to the southwest of the region as a warm front lifts northward. This warm front will serve as a focus for the development of evening and nighttime thunderstorms across eastern Oklahoma and southern Arkansas. Hail will be the primary hazard with these storms. Continued Thunderstorms across the Central Gulf of Mexico through Early Tuesday Evening
Thunderstorms will continue across portions of the Gulf of Mexico through early evening. As instability builds due to daytime heating, additional thunderstorm development is expected throughout the day. Winds in excess of 45 knots, heavy rainfall, and frequent lightning will be the primary hazards. Small hail and a waterspout cannot be ruled out. Activity should begin to diminish by early evening, 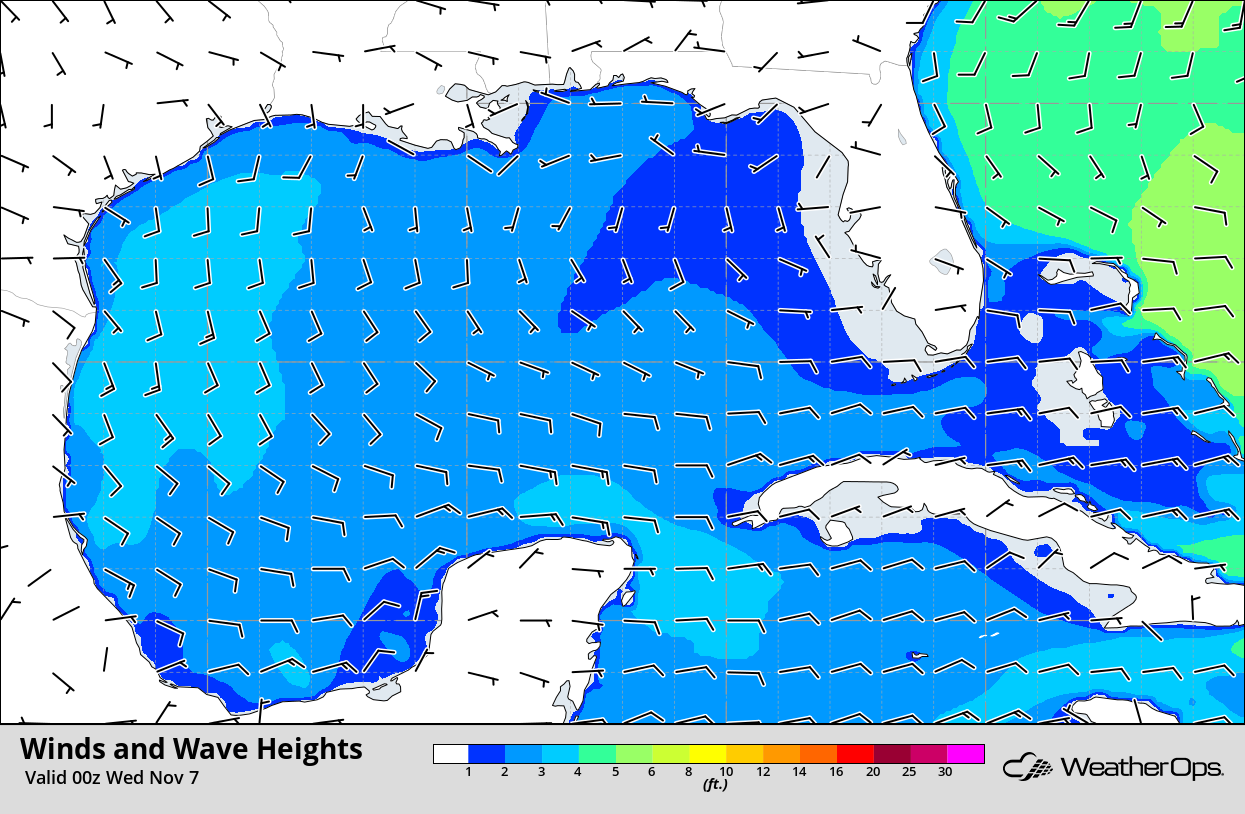 Snow Wednesday and Thursday for the Central Plains
Snow is expected across the Central Plains Wednesday and Thursday as an upper level disturbance moves along a stalled front. Overall accumulations should range 1-2 inches with locally higher amounts in excess of 3 inches expected. Winds will not be particularly strong, making light and accumulating snow the primary hazard. Precipitation further south may start as rain before transitioning to snow as temperatures drop. Snow Accumulation for Wednesday and Thursday