Snow Continuing across the Northeast on Tuesday
Areas of moderate to heavy snow are ongoing this morning across the Northeast. This activity is occurring in the wake of a cold front and ahead of a second cold front. Snow should gradually taper off from west to east later tonight. Total accumulations of 3-6 inches with locally higher amounts in excess of 8 inches are forecast from coastal areas of New Hampshire into southern Maine.

Major Cities in Region: Manchester, NH, Portland, ME, Bangor, ME 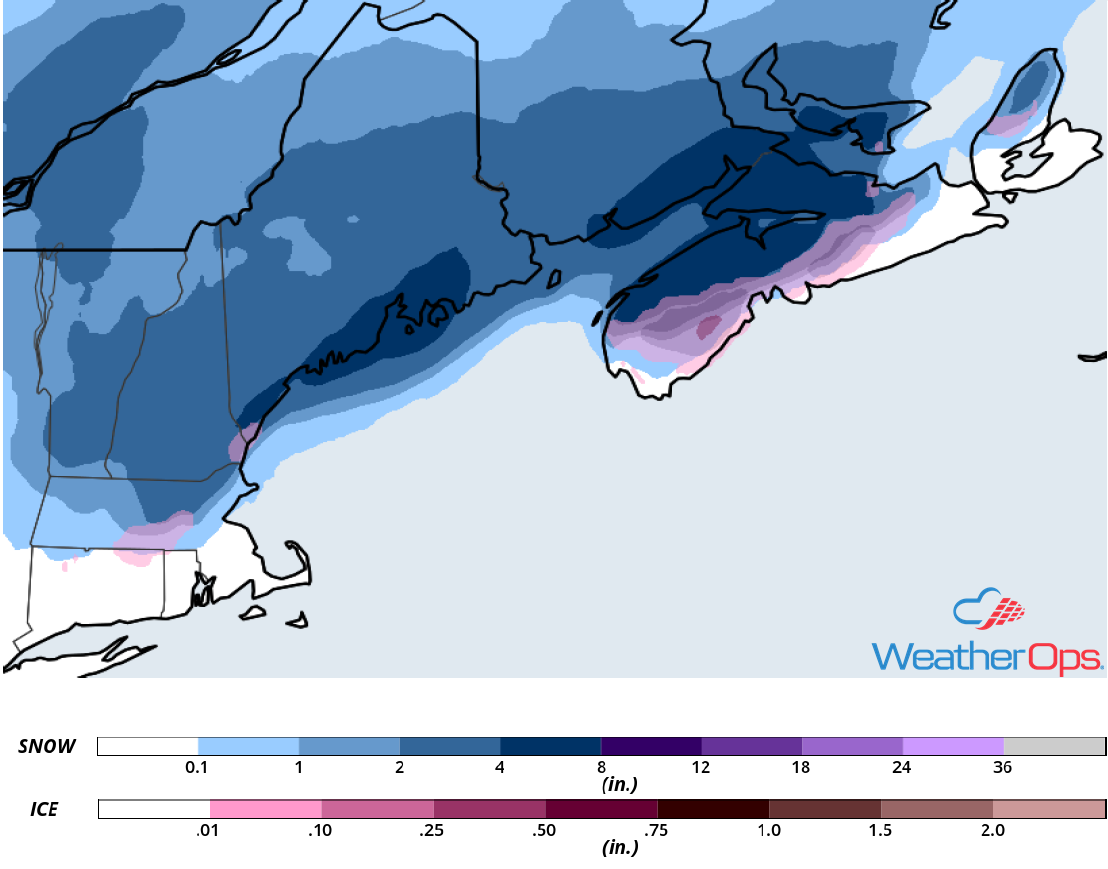 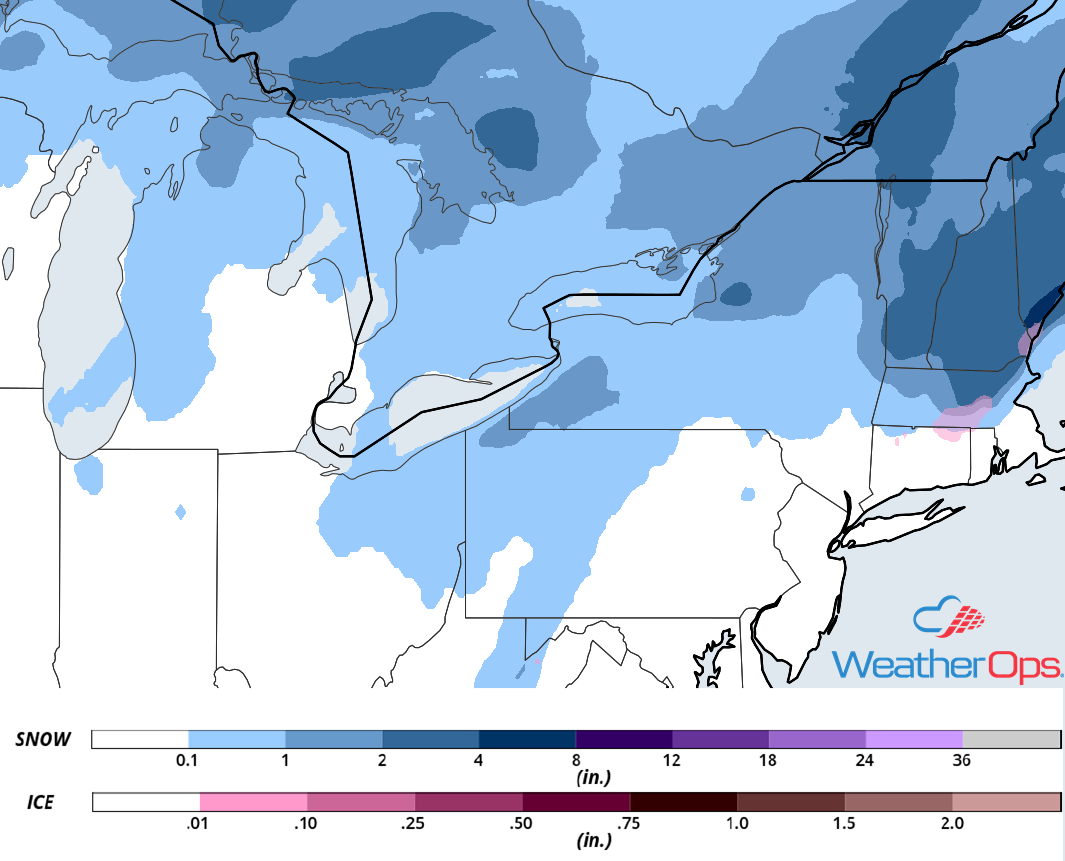 Elevated Winds Continue Tuesday for the Western Gulf of Mexico
A cold front and weak area of low pressure will move slowly from the western Gulf into the central Gulf throughout the day. Northerly winds 20-30 knots with gusts in excess of 30 knots are expected. Seas will range 4-6 feet near the shore and 7-9 feet in the deeper waters. In addition, a few thunderstorms may develop along and ahead of the front. Wind gusts in excess of 50 knots and waterspouts will be the primary hazards with these storms. 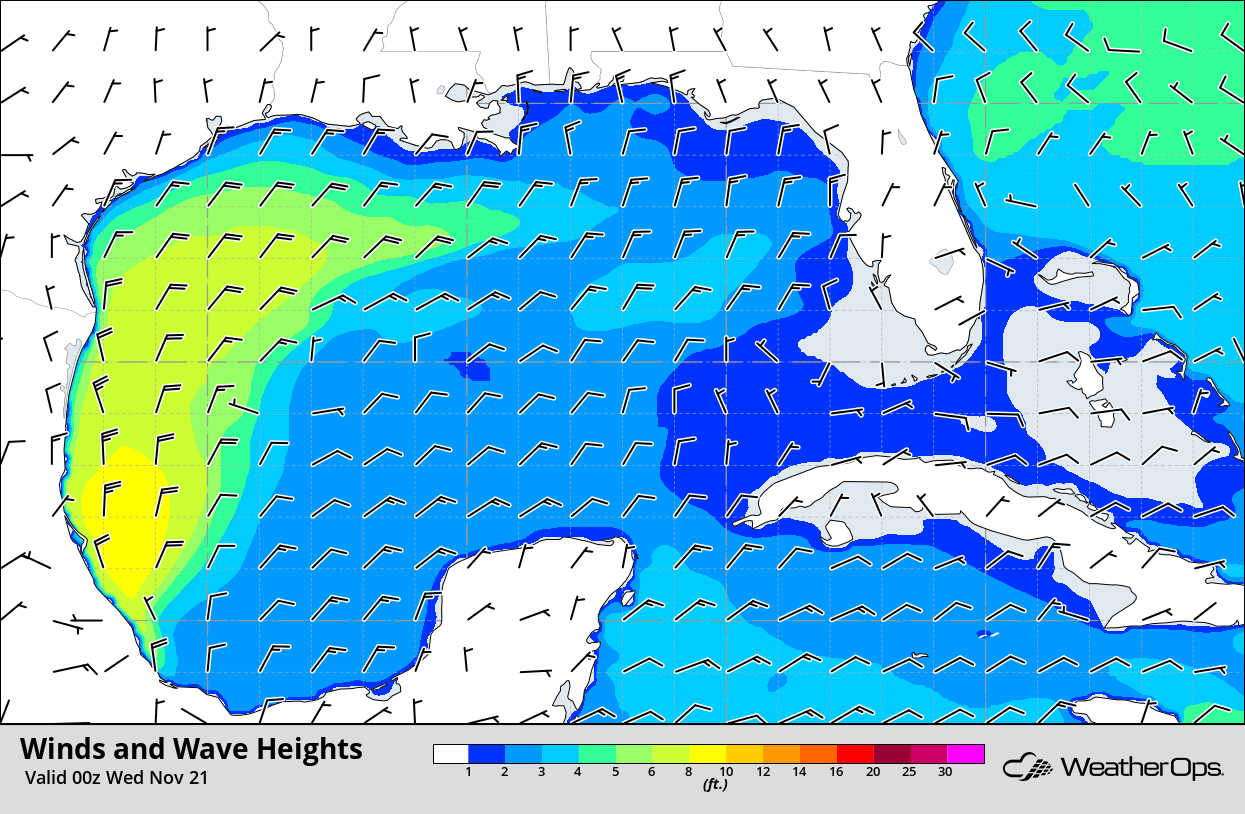 Snow for the Sierra Nevadas Wednesday and Thursday
A strong upper level trough is forecast to track eastward into the Sierra Nevadas Wednesday into Thursday. At the surface, an area of low pressure and its associated cold front will approach the mountain range. Ahead of the cold front, southerly winds will bring moisture northward. With ample lift being provided by this area of low pressure and cold front, precipitation will overspread the region from northwest to southeast. Cold air will be in place, allowing for moderate to heavy snowfall across the higher elevations and light to moderate snowfall across the lower elevations. Snow accumulations will range 10-14 inches in the higher elevations with locally heavier amounts in excess of 18 inches. In the lower elevations, up to 4 inches with locally higher amounts in excess of 6 inches are expected. Wind gusts in excess of 50 mph across the higher elevations could produce blowing snow, reducing visibility and causing dangerous road conditions. Snowfall is expected to begin Wednesday afternoon and continue into Thursday morning. 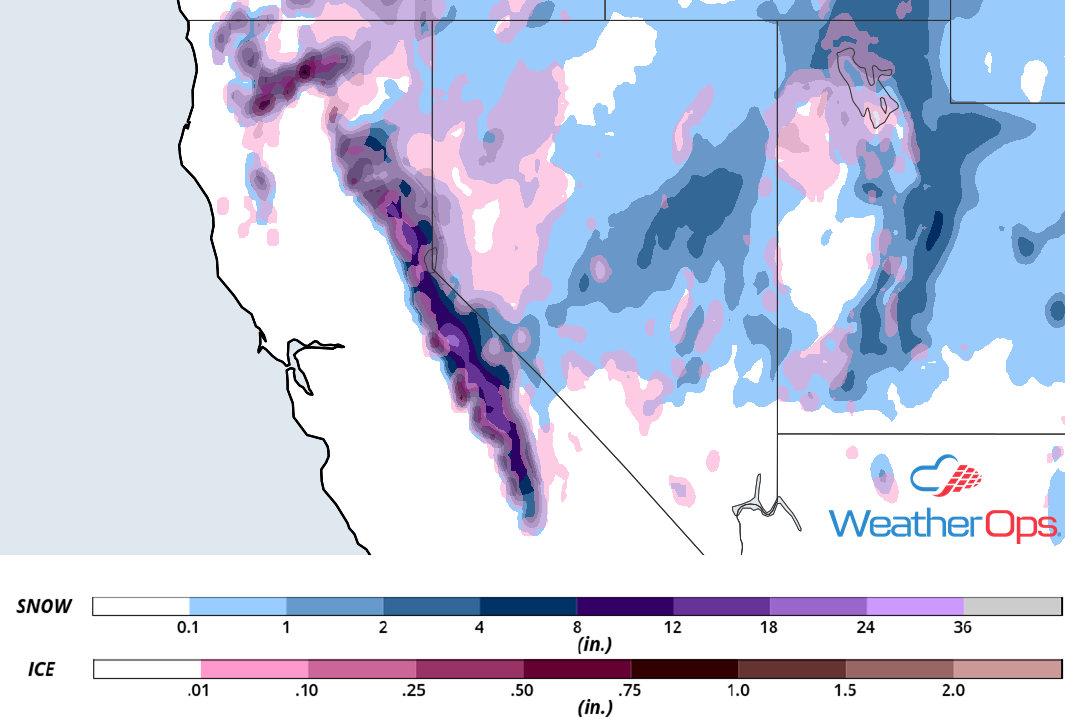 Snow and Ice Accumulation for Wednesday and Thursday

Excessive Rainfall on Wednesday for Central and Southern California
An upper level low is forecast to move into the Pacific Northwest on Wednesday. Shower activity will increase ahead of a cold front. Rainfall amounts will range 1-2 inches with locally higher amounts in excess of 3 inches. This may allow for a potential for flooding and local runoff. 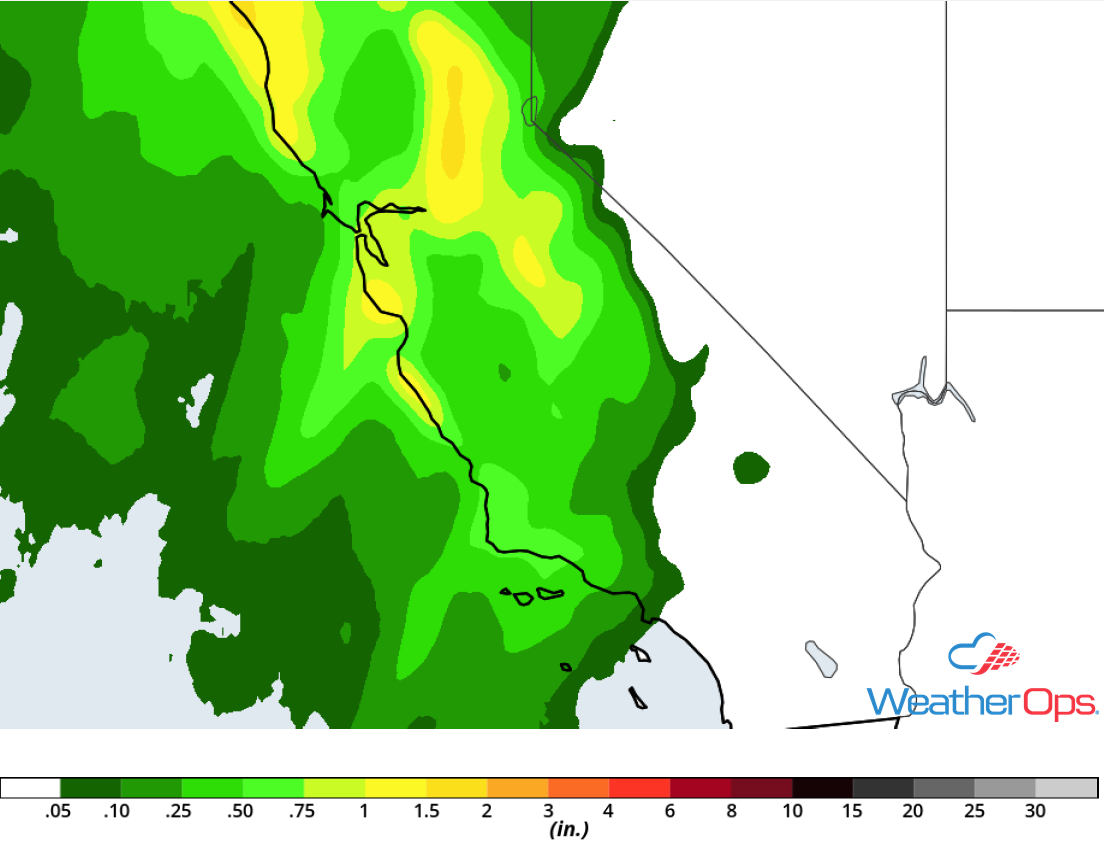 A Look Ahead
A series of disturbances will bring moderate to heavy snow to portions of the Rockies Friday into Saturday. By Saturday, snow will move into the Plains; this snow will continue into Monday. In addition to the snow, there could be some light sleet and freezing rain accumulations. Snow will move into the Great Lakes on Monday as an area of low pressure continues to move eastward.