Snow will continue across the inland areas of the Northeast on Tuesday as an area of low pressure intensifies off the coast. Elevated winds and seas are expected to continue across the Gulf of Mexico through early Thursday afternoon ahead of a cold front.

Snow Continuing across the Northeast on Tuesday
Significant winter weather will continue across the inland Northeast on Tuesday as an area of low pressure intensifies off the coast. Snow will be light to moderate as precipitation moves northward through the day, but will be heavy over Maine as the low continues to intensify.  Snow accumulations of 3-6 inches can be expected over northern Vermont into New Hampshire and northern Maine, with locally higher amounts across portions of Maine. A glaze of ice is expected across the region. This will lead to hazardous travel, particularly late Tuesday and Wednesday, when winds increase and produce blowing snow. 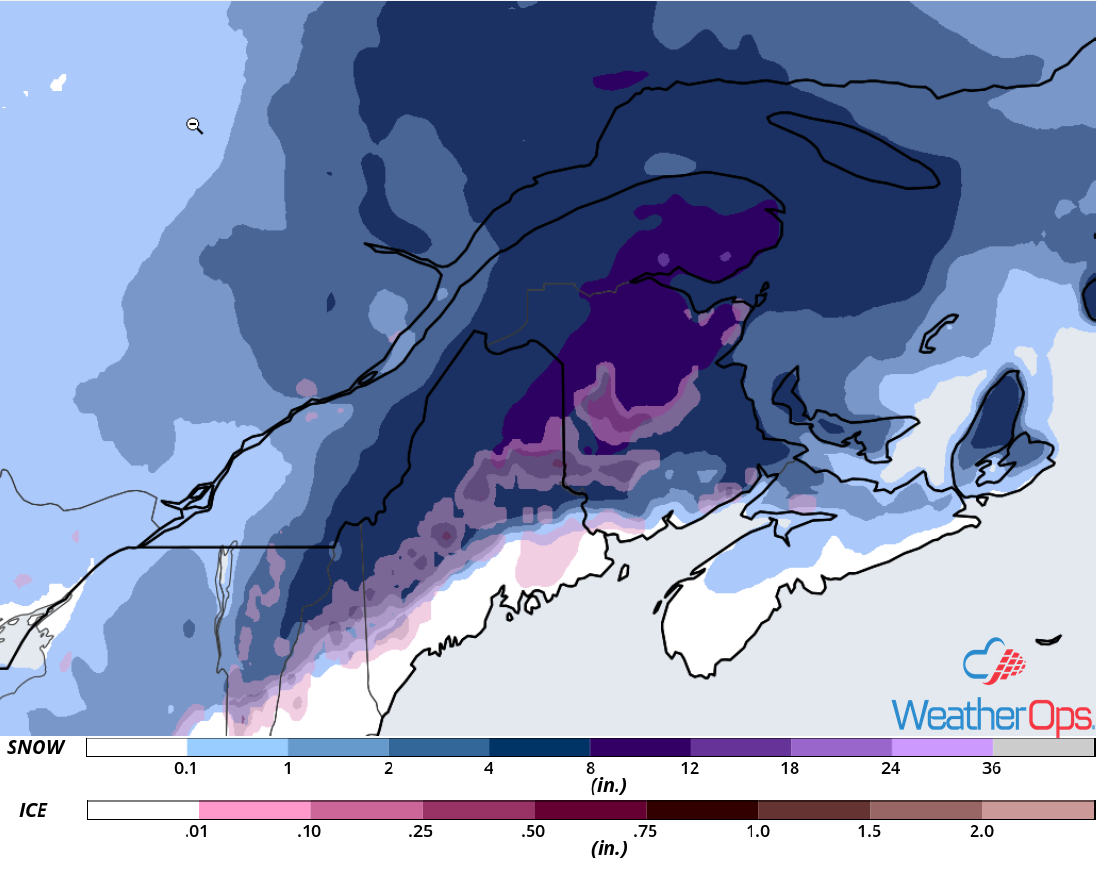 Elevated Winds and Seas through Early Thursday Afternoon for the Gulf of Mexico
As a cold front continues across the region, high pressure will build in behind it. This will allow winds to increase and seas to build. Winds will range 25-35 knots with gusts in excess of 45 knots. Seas will range 8-12 feet near the shore and 10-15 feet in the deeper waters.

Potential for Snow for the Lower Ohio Valley Wednesday and Thursday
There is an increasing potential for heavy snow over portions of the Mid-Mississippi Valley into the Lower Ohio Valley on Wednesday into Thursday. As an upper level low moves through the region, precipitation is expected to wrap around the low in below freezing temperatures. Snow accumulations of 2-4 inches with locally higher amounts in excess of 6 inches are expected. A large area of freezing rain may develop Thursday morning. Freezing rain accumulations will range 0.10-0.25 inch with locally higher amounts.

Snow and Ice Accumulation for Wednesday and Thursday

Excessive Rainfall Wednesday for the Southeast
A strong upper level low will move through the Eastern US Wednesday into Thursday and bring a risk for excessive rainfall to the region. Rainfall will be heavy during the afternoon as an area of low pressure develops off the East Coast. Rainfall amounts of 1-3 inches with locally higher amounts are forecast across portions of Georgia and South Carolina. Due to previous days' rainfall, there will be a risk for local runoff and isolated flash flooding. 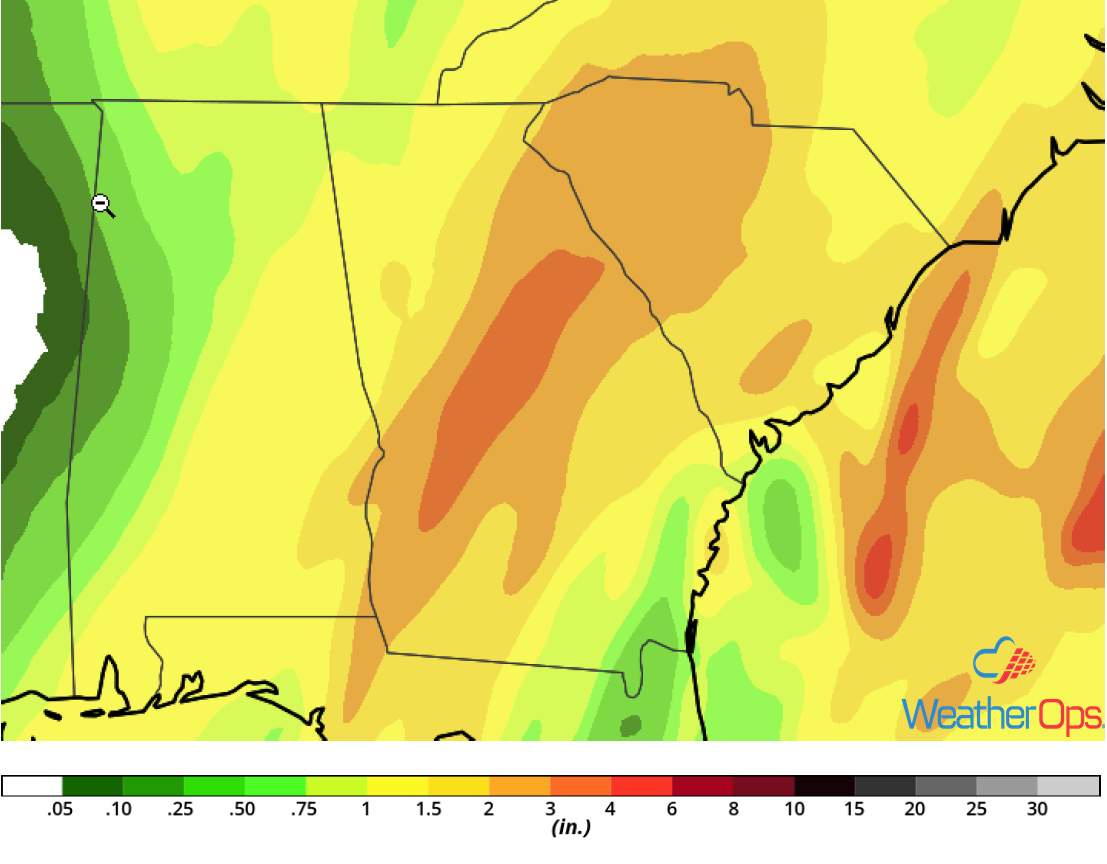 Wintry Mix from the Appalachians into the Northeast Thursday
A potentially significant freezing rain event is forecast over the Appalachians into southern Pennsylvania on Thursday. Heavy snow may also develop over portions of New England. An area of low pressure will develop off the Mid Atlantic coast and track northeastward while spreading widespread precipitation into the region. With cold air in place at the surface, precipitation could fall as primarily freezing rain Thursday morning across the northern Appalachians and shift northward into southern Pennsylvania by the evening. A large area of ice accumulations near a quarter of an inch are expected with locally higher amounts in excess of half an inch. Heavy snow is expected across portions of the Northeast, which may pose significant travel hazards. Accumulations could range 8-12 inches with locally higher amounts. 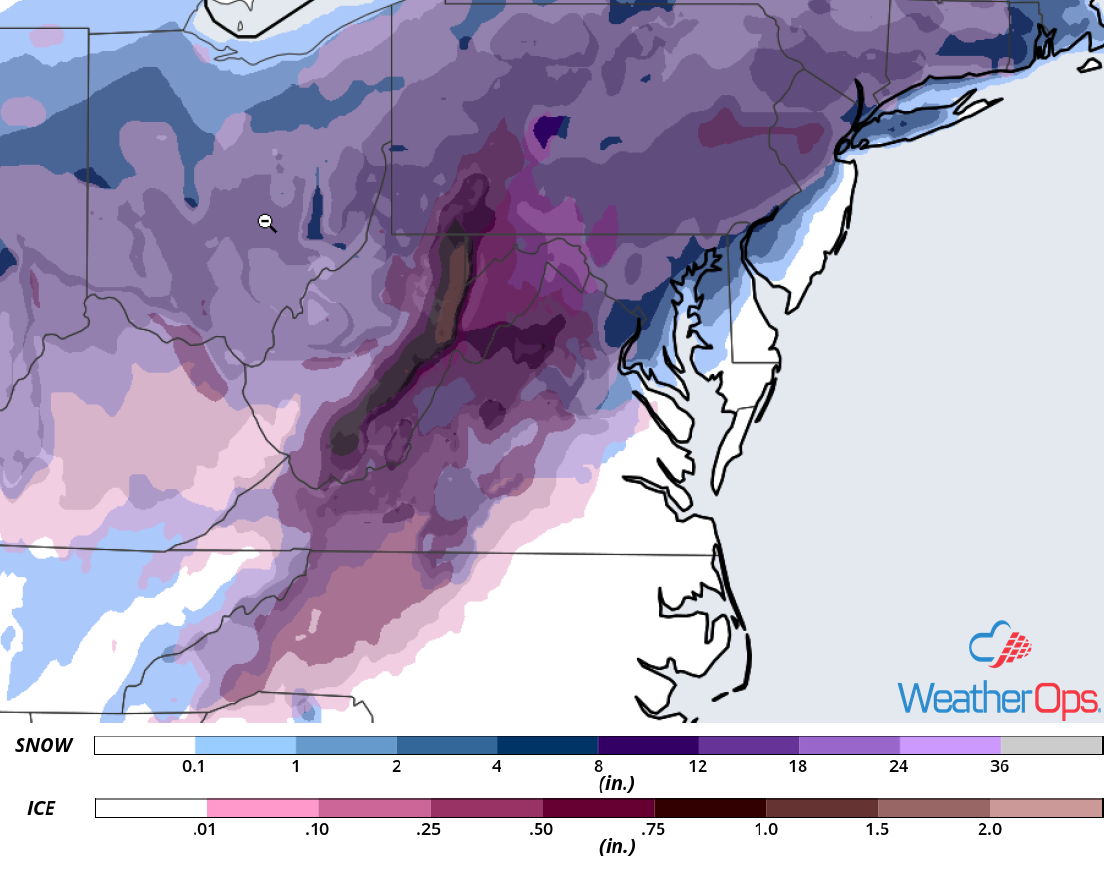 Snow and Ice Accumulation for Thursday

Thunderstorms Thursday for the Carolina Coast
There is a potential for strong to severe thunderstorms along the coastal areas of North Carolina on Thursday. An area of low pressure will be intensifying off the coast, leading to the potential for thunderstorms, including isolated supercells. Damaging winds and tornadoes will be the primary hazards with these storms. Activity will diminish during the evening. 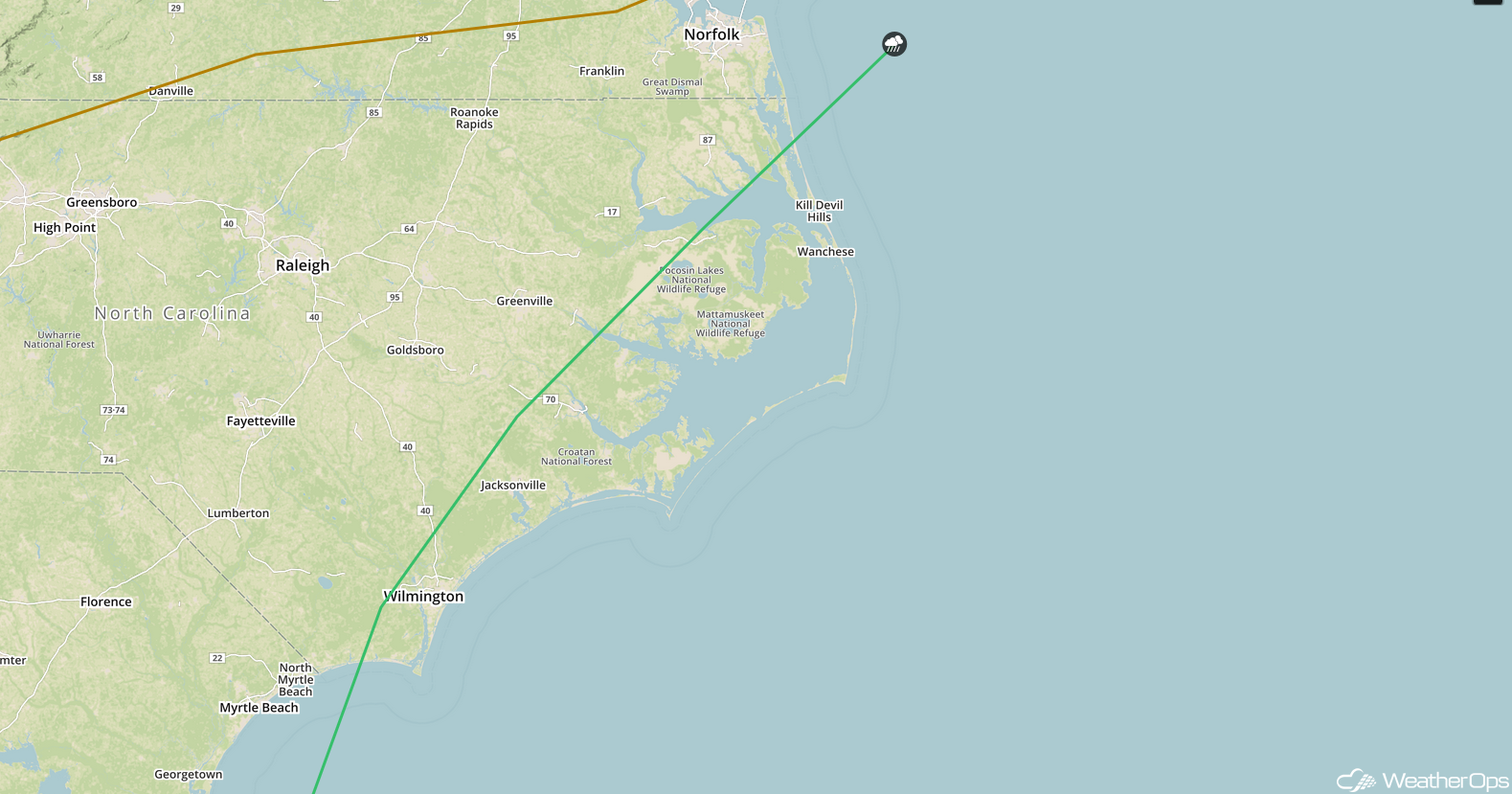 Tropical Update
Disorganized showers and thunderstorms moving through the Leeward Islands are associated with a tropical wave interacting with an upper level low. Strong upper level winds and interaction with the islands of the Greater Antilles should inhibit development. Regardless, this system is expected to bring locally heavy rainfall to portions of the Leeward Islands, the Virgin Islands, and Puerto Rico over the next few days.