National Weather Summary for Tuesday, May 9, 2017

There is a risk for strong to severe thunderstorms from the Four Corners region to the Plains on Tuesday, as an upper level low moves eastward. A stalled front will be the focus for thunderstorms across the Ohio Valley on Tuesday.

Strong to Severe Thunderstorms Tuesday from Four Corners Region to Great Plains
Scattered severe storms appear likely across a large area of the central and southern High Plains and into the higher terrain of the Southern Rockies on Tuesday. A large upper level low will continue to spin over the Southwest US, and will be the primary factor in the development of showers and thunderstorms through the morning, afternoon, and evening. Storms are already developing over New Mexico this morning, and are expected to increase in coverage and intensity through the morning and into the afternoon. Primary hazards will be large hail, damaging winds, and isolated tornadoes.

Into eastern New Mexico and West Texas, isolated to widely scattered thunderstorms are expected to develop during the afternoon. Large hail and a few tornadoes will be the primary hazards. This activity will track north-northwest through the evening hours. 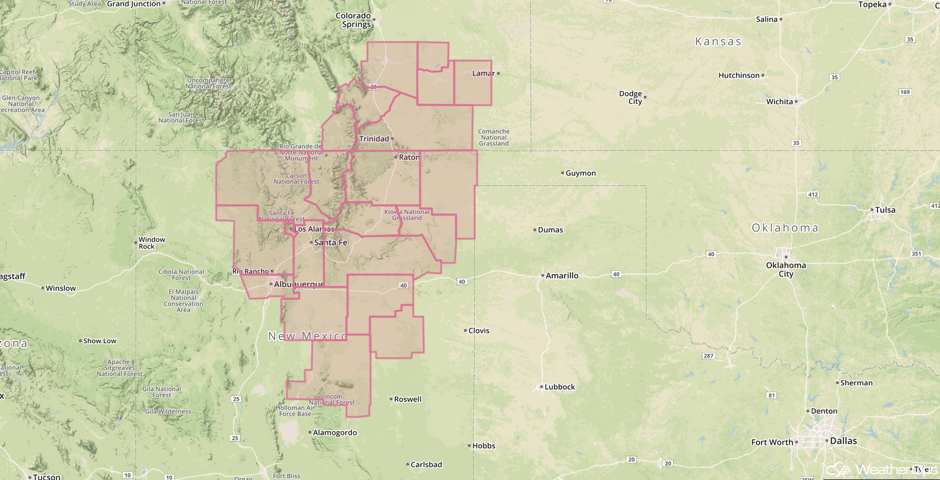 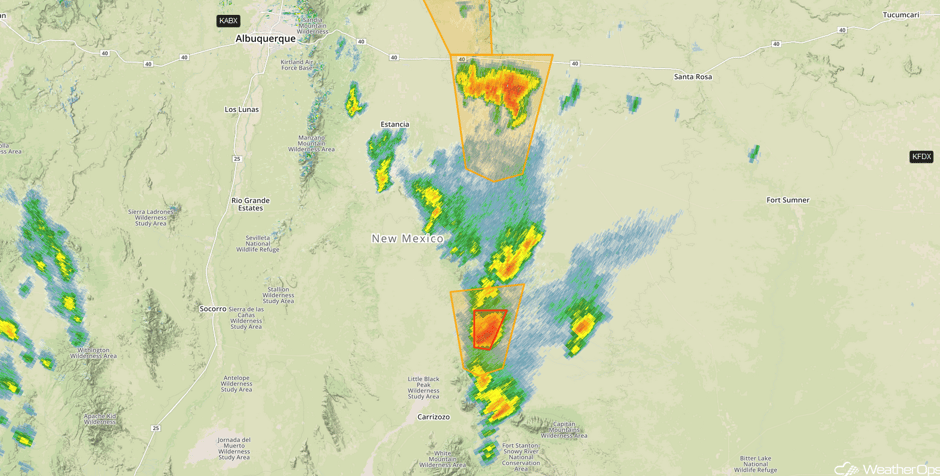 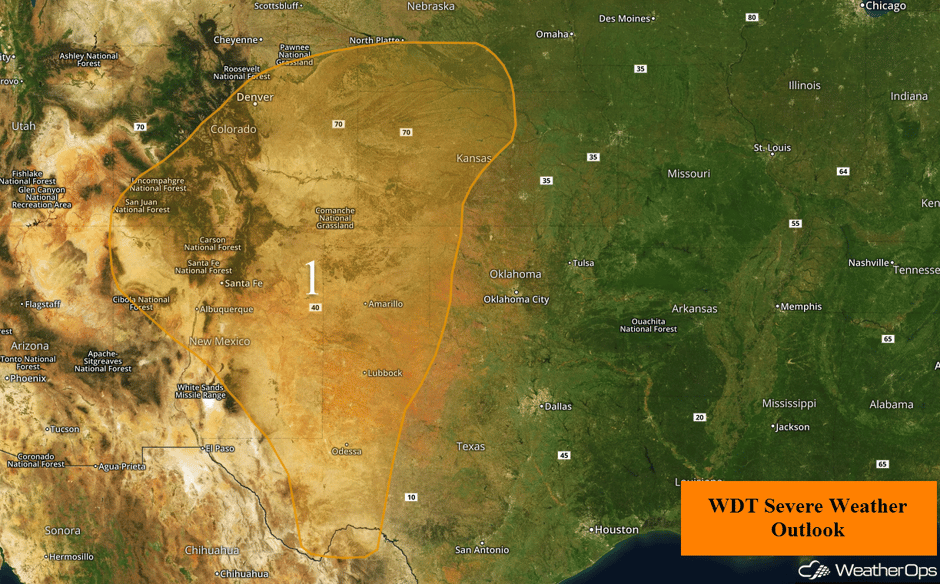 Thunderstorm Potential Across Ohio Valley on Tuesday
As a warm front becomes nearly stationary today, thunderstorms are forecast to develop as early as late morning across portions of the Ohio Valley. Favorable northwesterly flow aloft will allow for a marginal risk of strong to severe thunderstorms, with gusty winds and hail the main concerns. Storms will remain possible through the early evening, but should decrease in intensity after sunset. 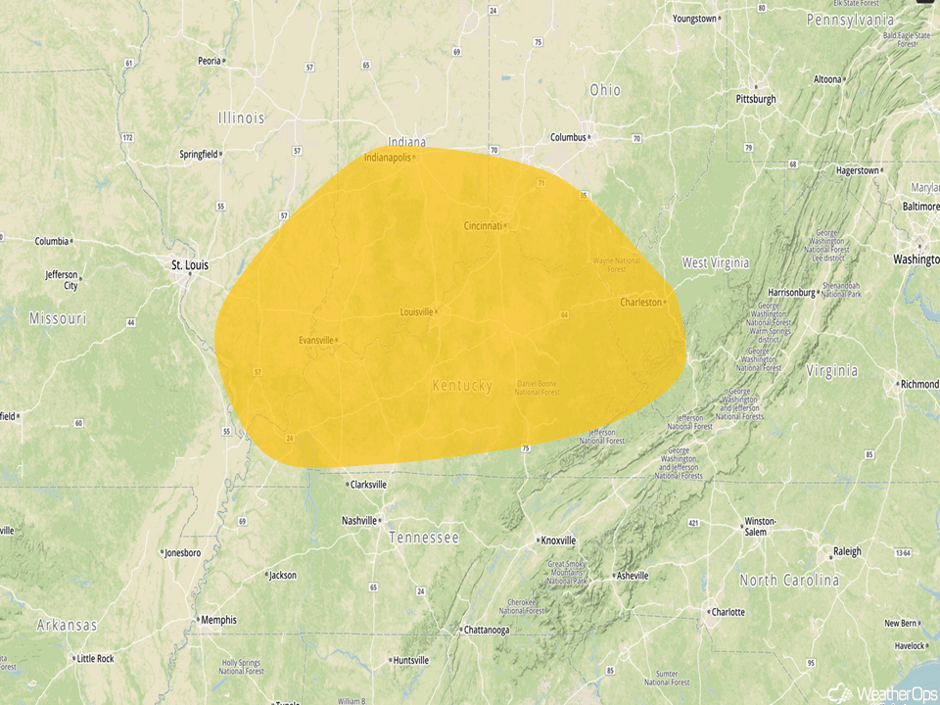 Thunderstorms from Plains to Ohio Valley on Wednesday
An upper level storm system will push eastward into the central US on Wednesday. Meanwhile, a cold front extending southward across the High Plains and a warm front stretching across the Ohio Valley will provide a focus for thunderstorm development across the region. Thunderstorms may be ongoing across portions of the Plains during the morning hours, with additional development likely across the remainder of the region by afternoon and evening. Conditions are expected to be favorable for the development of strong to severe thunderstorms capable of producing hail and damaging winds. There may be a more elevated threat for severe thunderstorms across western Oklahoma, northwest Texas, and southern Kansas, but there are significant uncertainties due to early morning thunderstorms. Large hail, damaging winds, and tornadoes would all be possible if thunderstorms are able to develop. In addition to the severe threat, heavy rainfall may develop from eastern Colorado into far western Missouri. Rainfall amounts of 1-2 inches with locally higher amounts in excess of 3 inches are expected. 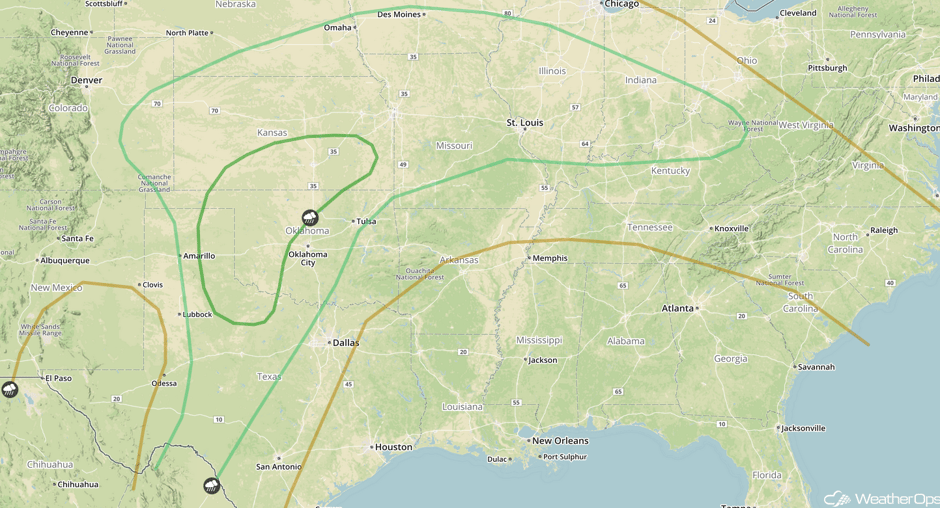 Continued Thunderstorms Thursday from Plains to Ohio Valley
An upper level low will gradually transition into an open trough on Thursday as it moves out of the central US. An elongated frontal boundary extending from the Ohio Valley westward into the Plains and southward into Texas will provide a focus for the development of thunderstorms across the region, with more robust development during the afternoon and evening. Increasing moisture and instability will allow for the development of severe thunderstorms capable of large hail, damaging winds, and tornadoes. 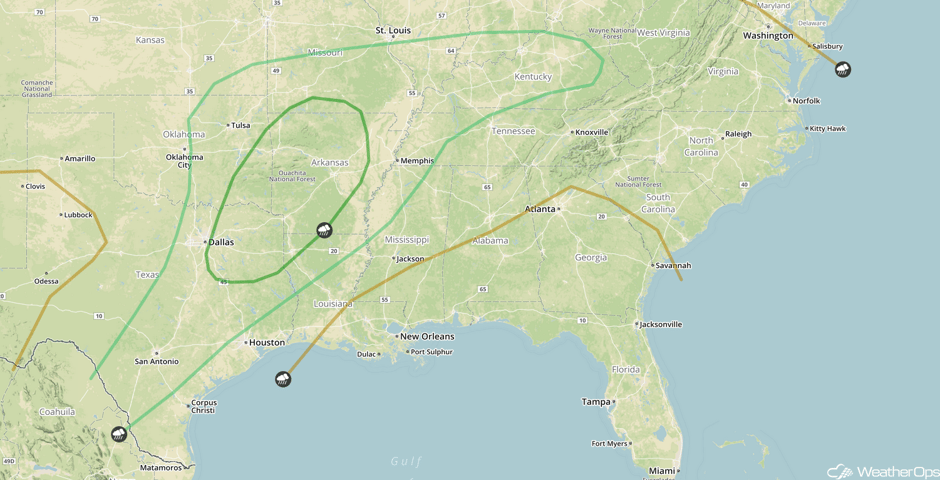 Excessive Rainfall for the Central Appalachians on Thursday
Widespread showers and thunderstorms are forecast to develop across the central Appalachians on Thursday as an area of low pressure tracks southeastward along a nearly stationary frontal boundary draped across the region. There will be a threat for excessive rainfall with general amounts of 0.75-1.50 inches, with locally higher amounts in excess of 2 inches expected. 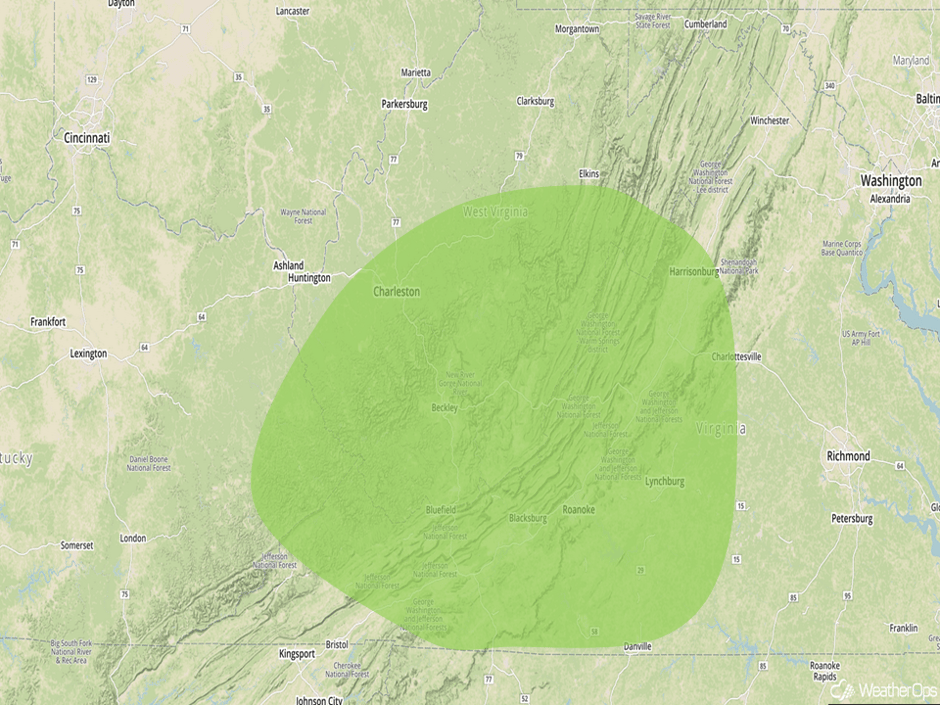 A Look Ahead
As a cold front continues to move eastward across the Southeast and Gulf Coast on Friday, thunderstorms may develop along and ahead of the front. A few storms may be ongoing during the morning, but more development is expected during the afternoon and evening. Gusty winds and hail will be the primary hazards with these storms.