National Weather Summary for Tuesday, May 30, 2017

Strong to Severe Thunderstorms for Northeast and Mid Atlantic on Tuesday
An upper level low over Ontario is expected to bring a cold front into the Northeast this afternoon. This will coincide with peak heating, leading to the development of thunderstorms across the Northeastern US and Mid Atlantic. Strong to severe thunderstorms are expected with large hail and damaging winds the primary hazards, but an isolated tornado or two cannot be ruled out. The highest tornado risk will extend from portions of Pennsylvania into New York. Further south into the Mid Atlantic, afternoon and evening storms are expected with gusty winds and hail the primary hazards. 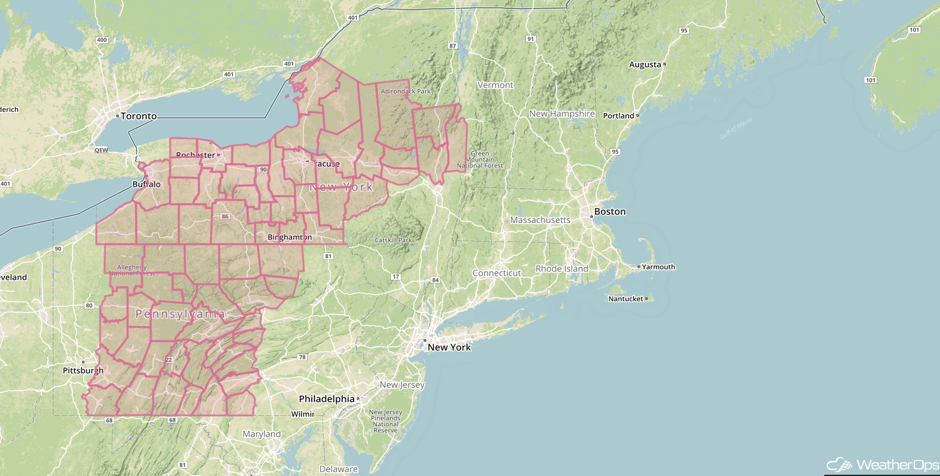 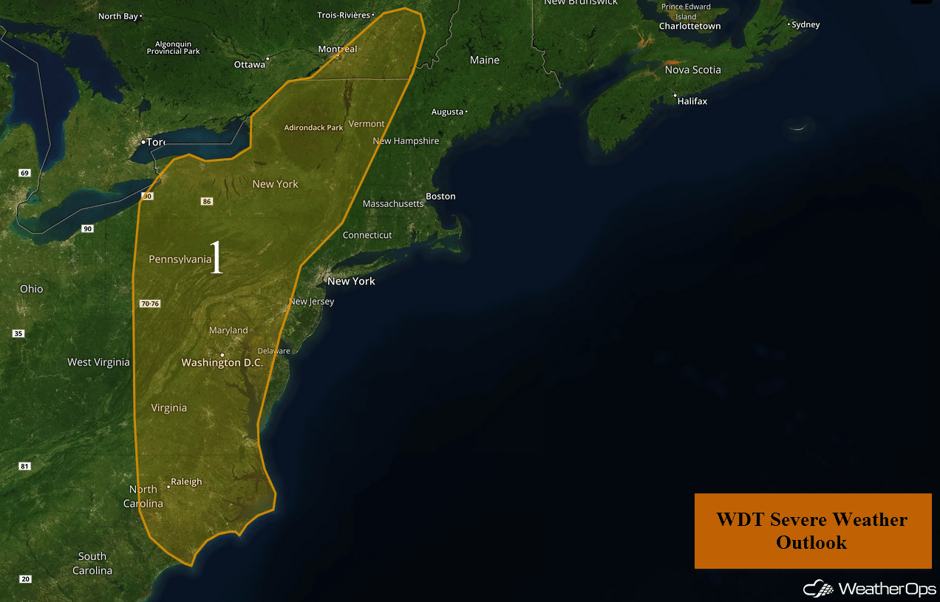 Isolated to Scattered Thunderstorms Tuesday across Kansas and Missouri
An upper level low is expected to move through portions of the Plains and into the Midwest this afternoon. At the surface, instability will build through the day, leading to the development of thunderstorms. Severe winds and hail will be the primary hazards with the stronger storms into the evening hours.

Thunderstorms along Louisiana Coast on Tuesday
A stalled frontal boundary will continue to promote the development of thunderstorms along the Gulf Coast on Tuesday. Meanwhile, a developing surface low is forecast to form just offshore of Louisiana. This low, in addition to plentiful moisture, may create favorable conditions for supercell thunderstorms late in the day. This afternoon, the front should begin to lift northward as a warm front. This will allow instability to build south of the front. Severe thunderstorms are likely to develop with severe winds, large hail, and isolated tornadoes possible. 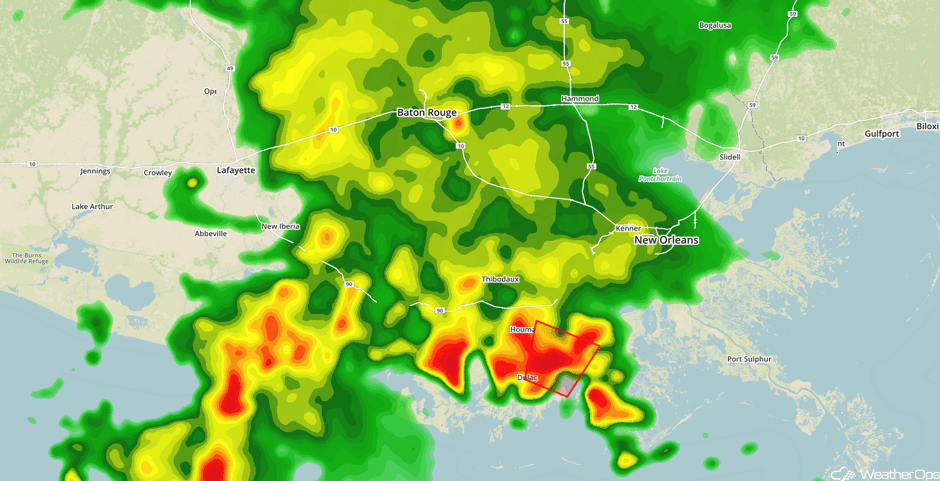 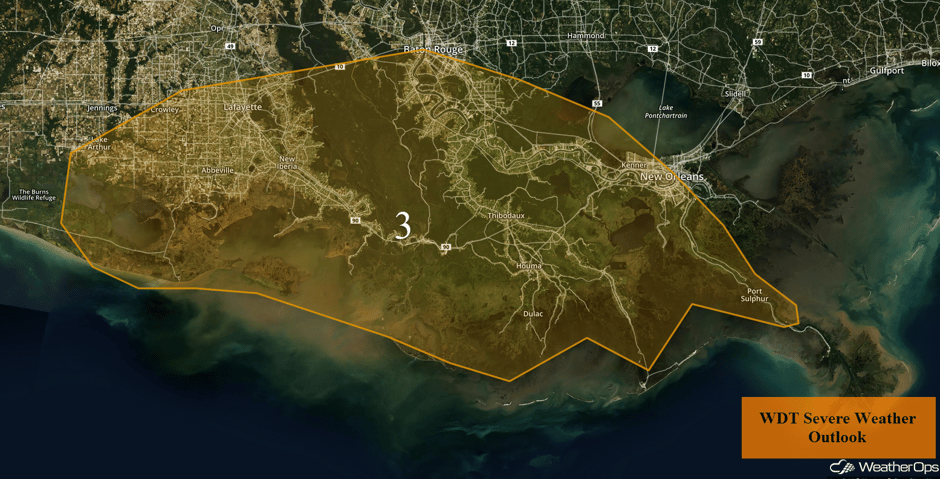 Thunderstorm Potential for Pacific Northwest on Tuesday
An approaching upper level low will pivot across the Pacific Northwest this afternoon while a cold front tracks across the Cascades. On the east side of the range, scattered showers and thunderstorms, some severe, will be possible this afternoon and evening. Isolated hail and a few damaging wind gusts cannot be ruled out before activity weakens or moves out of the region after dark. 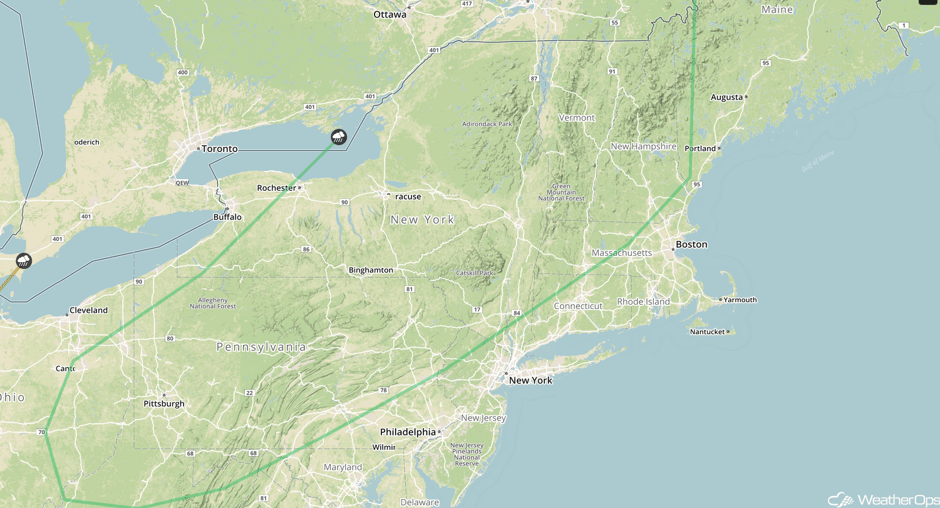 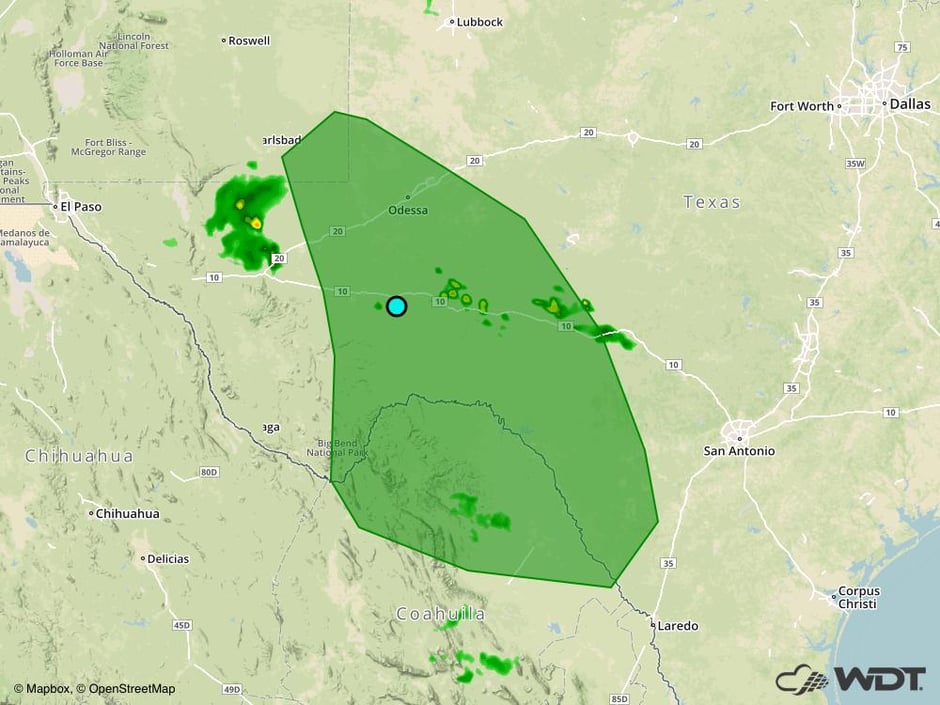 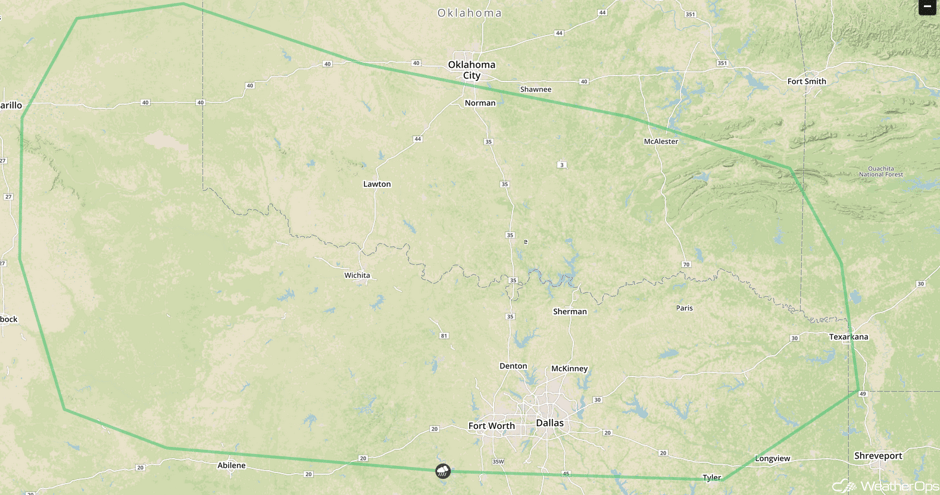 Thunderstorms Thursday across the Midwest
A warm front lifting across the region along with increasing instability should allow for thunderstorm development on Thursday, with activity increasing in coverage through the evening. Strong winds and hail will be the primary hazards during the afternoon and evening. 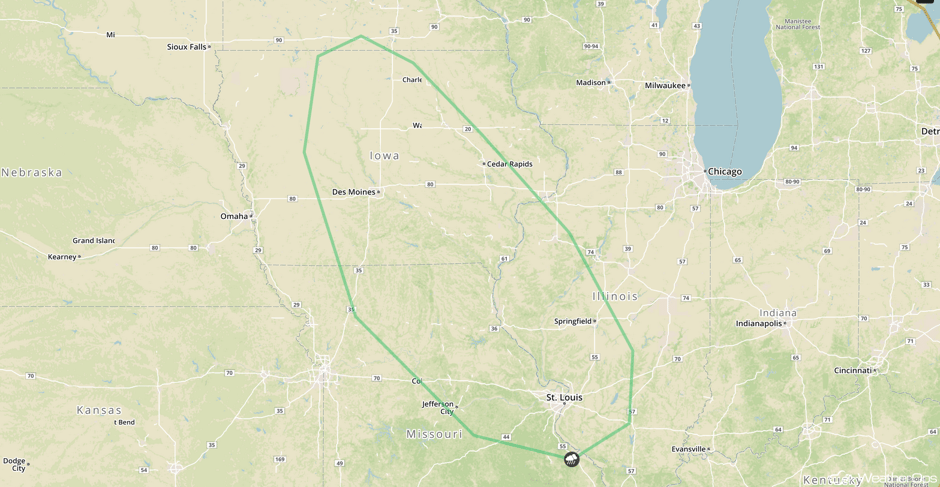 A Look Ahead
There will be a risk for thunderstorms on Friday for portions of the Southern Plains into the Ozarks on Friday ahead of a cold front. Some thunderstorms may produce heavy rain in excess of 2 inches, leading to the potential for flooding. As the cold front continues to progress eastward on Saturday, the thunderstorm risk will move eastward from the Central US into the Appalachians.