National Weather Summary for Tuesday, May 2, 2017

Thunderstorms may develop Tuesday across portions of Kansas, Oklahoma, and Texas as an area of low pressure intensifies.

Strong to Severe Thunderstorms Possible Tuesday for Portions of the Texas Panhandle, Oklahoma, and Kansas
An area of low pressure is forecast to dig into the Southern Plains later tonight and continue strengthening through the day on Wednesday. A few thunderstorms may develop across western Oklahoma during the evening hours on Tuesday with a risk for severe wind and large hail. However, shower and thunderstorms will become more numerous after dark along a boundary draped across the Texas and Oklahoma Panhandles, and also the Oklahoma/Kansas border. Sometime during the early morning, the low should begin to push east with the boundary surging south as a cold front. Along with it, showers and thunderstorms are expected, which will likely move through Central and Northeast Oklahoma by or shortly before sunrise. A few storms within the line could produce marginally severe wind and hail.

Thunderstorm Potential Across Southeastern Texas on Tuesday
Moisture will flow into Texas on Tuesday. This moisture, combined with instability and strong shear, will allow for the potential for supercell thunderstorms from Houston to Austin during the afternoon. Hail and isolated tornadoes will be the primary hazards. 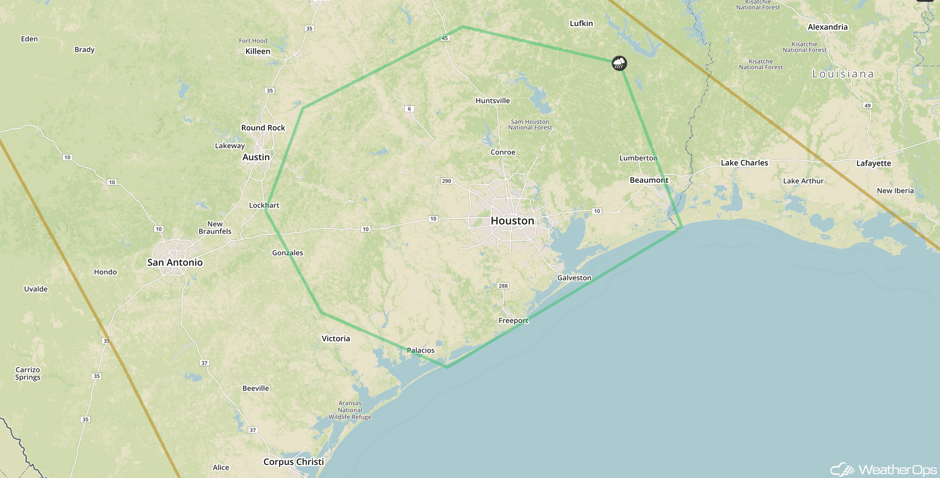 Risk for Thunderstorms Wednesday from the Gulf Coast through the Arklatex
A risk of severe weather is expected from the Gulf Coast northward into the Arklatex region on Wednesday in response to an advancing and strengthening area of low pressure and its attendant frontal boundaries. A few severe thunderstorms could be possible during the morning hours in response to a low level jet across the area, but the main severe weather threat will occur during the afternoon. A squall line is currently forecast to develop as the cold front pushes through the region, with damaging winds the main threat. Isolated instances of large hail and an embedded tornado cannot be ruled out. In addition, heavy rain in excess of 3 inches may occur with the strongest storms. Given recent heavy rains, flash flooding will be a concern. 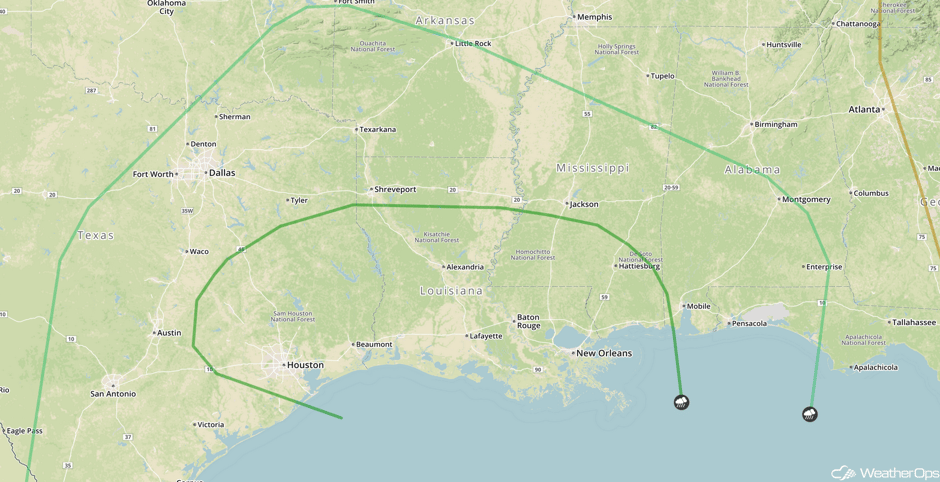 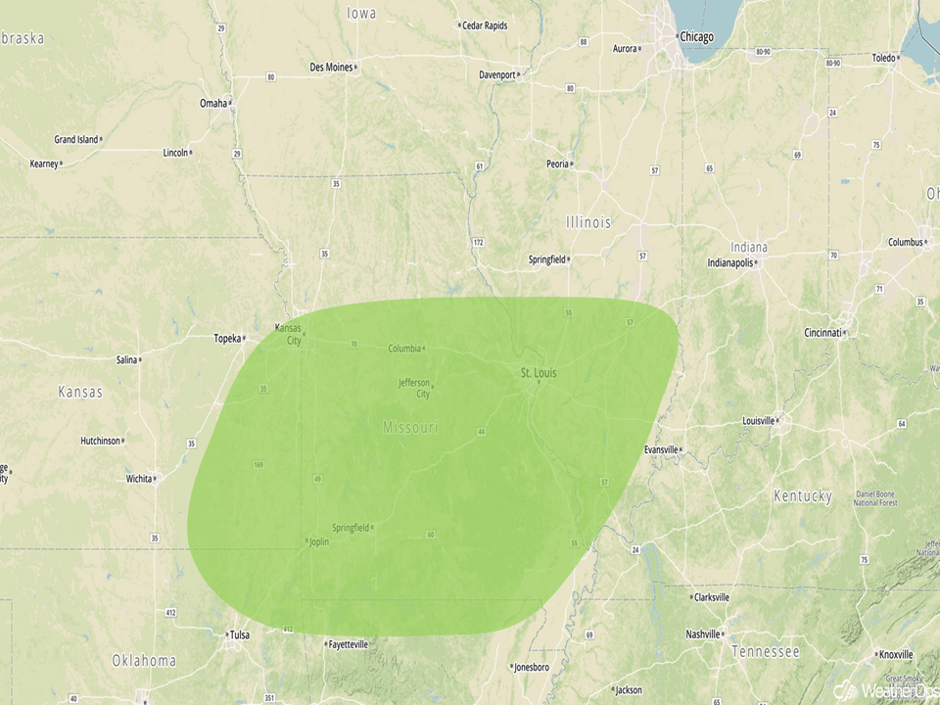 Thunderstorms across the Southeast on Thursday
Instability will decrease somewhat across the region on Thursday due to ongoing precipitation and cloud cover due to an approaching cold front. However, some redevelopment of thunderstorms along the front is expected. Another line of storms will develop with damaging winds the primary hazard. A few embedded tornadoes cannot be ruled out.

Excessive Rainfall Thursday from Midwest to Ohio Valley
Another round of precipitation expected as an area of low pressure and warm front lifts across the region. Rainfall amounts in excess of 1.5 inches are expected. With two day totals exceeding 4 inches, flash flooding will continue to be a concern.

A Look Ahead
As the cold front described above continues to move eastward, thunderstorms may develop along the East Coast on Friday, but severe weather is not expected. Elsewhere, mostly dry conditions are expected as high pressure builds into the central US.