Region 1
A strong upper level system will move into the Plains on Tuesday, which will lead to the formation of an area of low pressure. The focus for the the development of thunderstorms will be a cold front and dryline which extends to the south and a warm front to the east of this area of low pressure. Scattered thunderstorms are likely to develop across the Texas Panhandle and northwest Texas this morning. By early afternoon, activity will spread into western and central Oklahoma. Significant Texas severe weather is not expected with the initial round of storms, however, isolated storms could contain gusty winds or hail. By the late afternoon into the evening, more robust thunderstorm development is anticipated. Supercells will likely develop initially, bringing a threat of large hail, damaging winds, and tornadoes. The highest threat for tornadoes is currently centered over northwest Texas and southwest Oklahoma. By the late evening and overnight hours, storms will evolve into a squall line with the main threat transitioning to hail and damaging winds. Some areas may receive multiple rounds of severe weather today. In addition, heavy rainfall leading to flash flooding will also be a concern.

#Rain, #lightning, #thunder and a little #hail coming down at the station!! #txwx #phwx pic.twitter.com/eIegk9yS8I 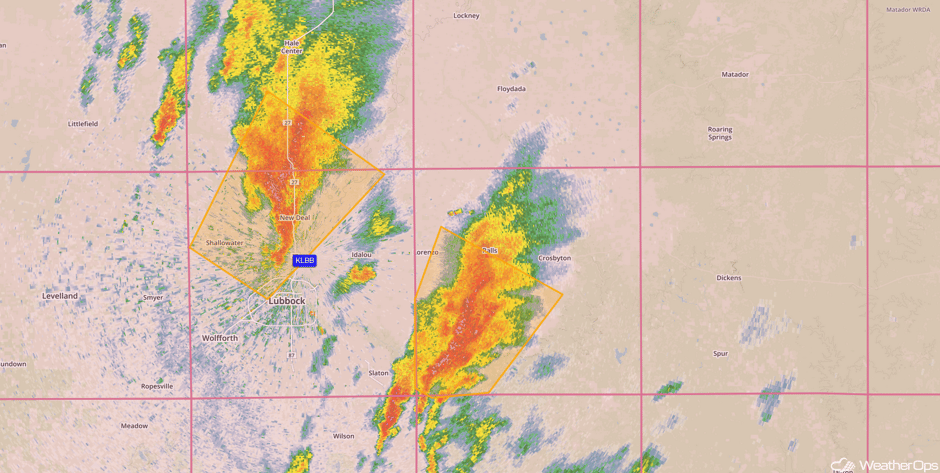 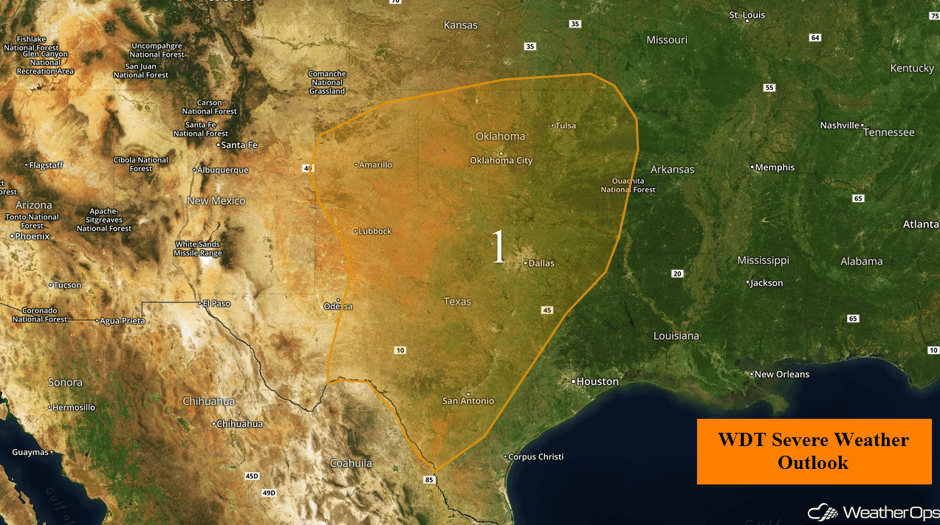 Region 2
An upper level disturbance tracking across the region will continue to allow the development of scattered thunderstorms during the afternoon. Widespread cloud cover may preclude a more significant threat, however, any storms that develop will be capable of gusty winds and hail.

Excessive Rainfall Possible for Portions of Oklahoma on Tuesday Could Lead to Flash Flood
In addition to the Oklahoma severe weather, there will be a potential for excessive rainfall. Rainfall amounts of 2-4 inches with locally higher amounts in excess of 5 inches are expected from late Tuesday morning into early Wednesday morning could lead to an Oklahoma flood. Localized flooding will be possible with the heavier thunderstorms during the late afternoon into the evening. 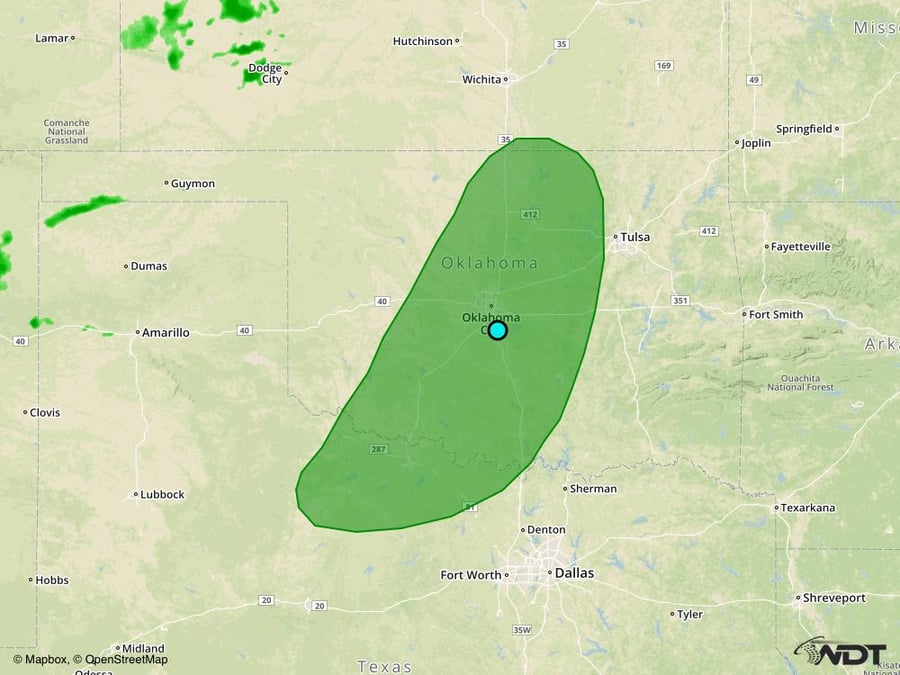 Strong to Severe Thunderstorms Possible from Eastern Texas and Oklahoma into Lower Mississippi Valley
The severe weather threat will shift eastward on Wednesday as a large low pressure system slowly tracks through the Southern Plains. Ongoing thunderstorms Wednesday morning will pose a risk for strong wind gusts. This activity will diminish in the morning, with redevelopment of thunderstorms expected by the afternoon hours. This activity will increase in coverage and intensity through the afternoon and evening hours, with the greatest threat being over the Ozarks and Arklatex region. Large hail, damaging winds, and tornadoes will all be potential hazards with these storms. Clusters of storms capable of damaging winds will shift eastward through the overnight hours as far east as the Mississippi River. 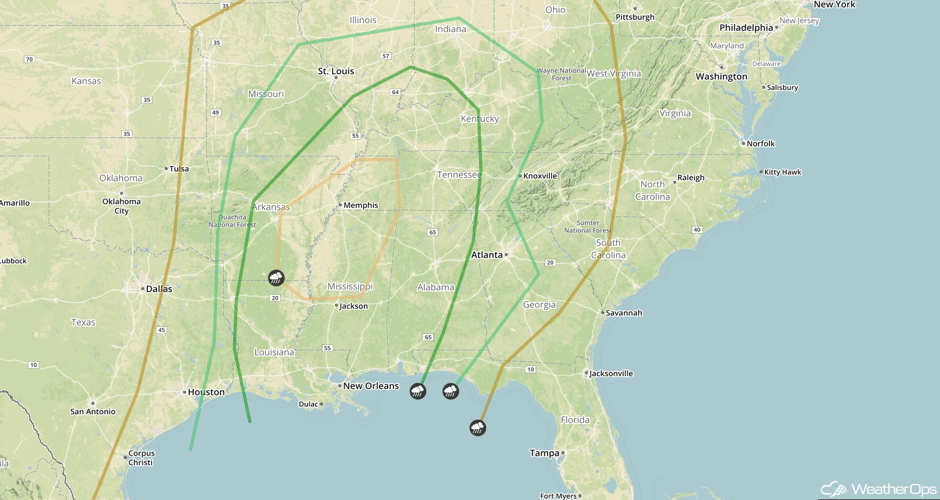 A Look Ahead
As an area of low pressure continues to track through the Ohio Valley and Northeast, thunderstorms may develop across portions of the Southeast ahead of a cold front. Damaging winds will be the primary hazards with any storm that develops. By the weekend, another area of low pressure will move into the Southern Plains, allowing for the potential for thunderstorms. This risk will move southward across portions of Texas and Louisiana on Sunday.