The threat for strong to severe thunderstorms will continue today from the coastal Carolinas southward through central Florida. Farther to the north, another round of significant winter weather is developing from the central Appalachians into southern New England. Over the western US, heavy rain and mountain snow will impact central and southern California Wednesday and Thursday. 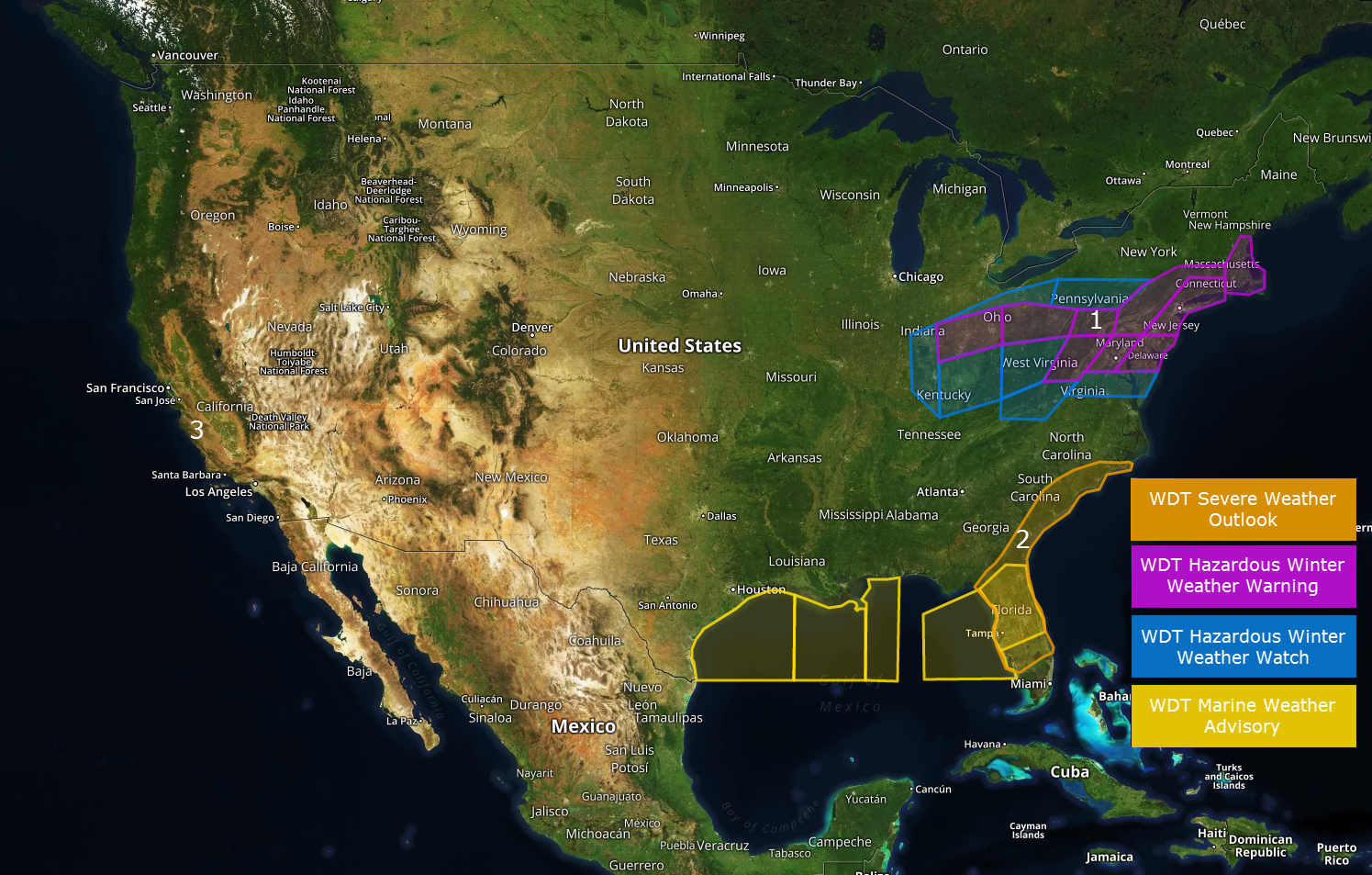 Developing Winter Storm from the Central Appalachians into Southern New England
Two rounds of wintry weather will impact this region today through Thursday. The first wave of precipitation is moving across the Mid-Atlantic states this morning. Much of the snow and ice with this first wave of precipitation will be confined to northern VA, south-central PA, and eastern WV. Several inches of snow may fall in that area today. By tonight, a second wave of precipitation will develop across the region and lift northeastward as a Nor'easter begins to develop. The nor'easter will then spread the threat for heavy snow northeastward through the I-95 corridor tomorrow. While the placement of the heaviest snow remains somewhat uncertain, significant amounts are forecast for the major metropolitan areas of the northeast and travel impacts are expected. 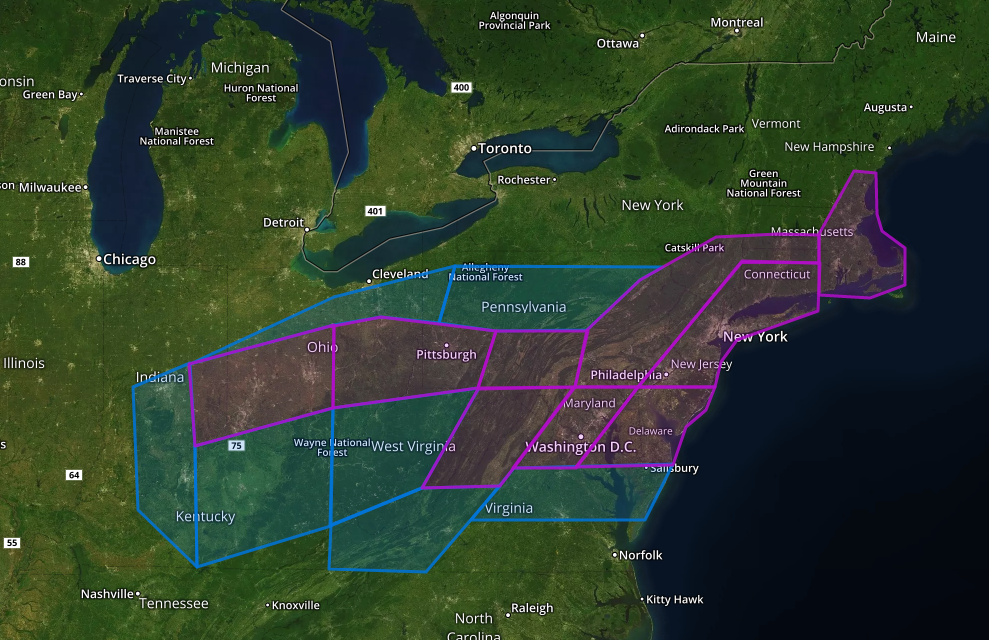 Strong to Severe Thunderstorms from Coastal North Carolina to Central Florida
Strong to severe thunderstorms will develop along and ahead of the cold front advancing through this region today. Severe wind gusts, large hail, and tornadoes are possible. The tornado threat appears to be highest from around Savannah, GA southward through the Jacksonville area and on into central FL. 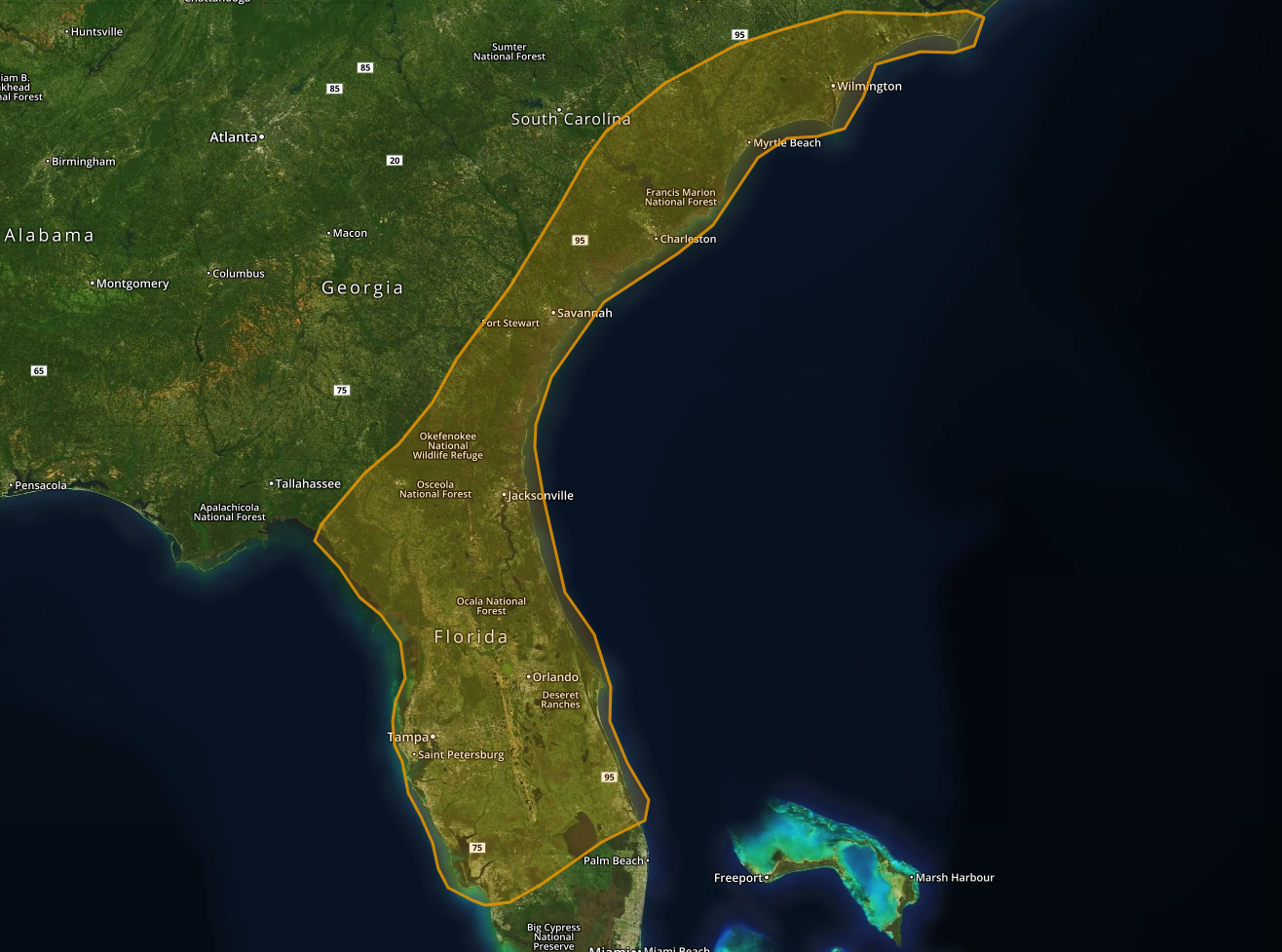 Heavy Rain and Mountain Snow to Impact Central and Southern California Midweek
A surge of moisture will spread into central and southern California ahead of an approaching cold front tonight through Thursday. This will result in widespread rainfall, some heavy, and high mountain snow. Rainfall rates may exceed 0.5 inches per hour across the area from San Luis Obispo to Anaheim. This will result in significant flash flooding/debris flow threat for recently burned areas. 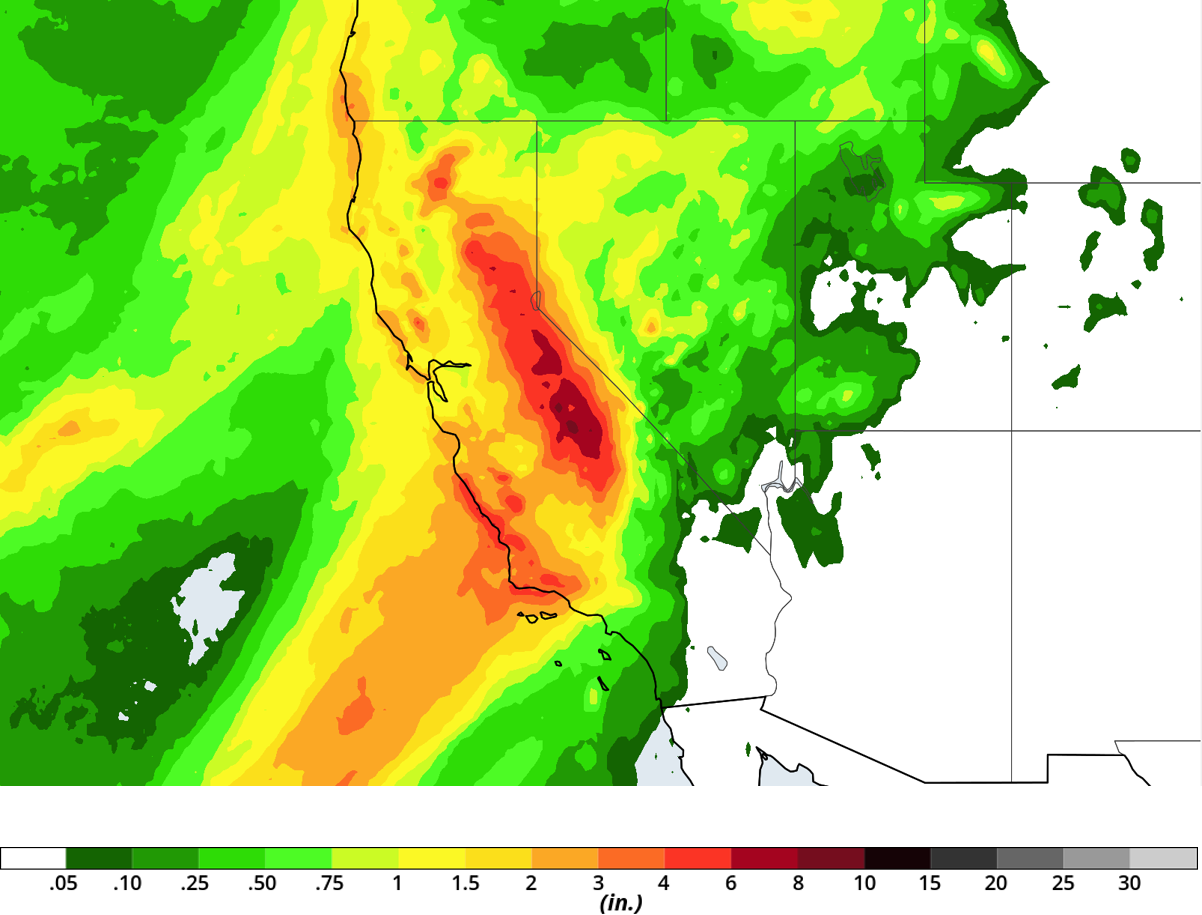 A Look Ahead
A more active weather pattern is expected to evolve across the central and western US late this week into next. This will bring a threat for wintry weather to the Midwest and Ohio Valley this weekend and perhaps an increasing threat for thunderstorms over the southern Plains by the middle of next week.

This is just a brief look at current weather hazards. We can provide you with more detailed site-specific forecast information for the purpose of assessing your weather risk and protecting your personnel and assets. Try a 7-day demo right away and learn how timely and accurate weather information can improve your bottom line.