Thunderstorms are forecast to develop across portions of the Plains and Midwest on Tuesday. Excessive rainfall is expected from the Central Plains into the Ohio Valley along a stalled front.

Thunderstorms across the Plains and Midwest on Tuesday
There will be a few areas of potential thunderstorm development across the region during the afternoon and evening. The first will be across eastern Colorado as upslope flow increases. With instability building, strong to severe thunderstorms may develop across eastern Colorado and move to the east into Kansas. Further to the south, thunderstorms may develop across the Texas and Oklahoma Panhandles ahead of a dryline. The final area will be across the Midwest. An outflow boundary left behind by morning thunderstorm activity will be the focus for thunderstorm development during the afternoon. Strong winds and large hail will be the primary hazards with any storms that develop, but isolated tornadoes cannot be ruled out. 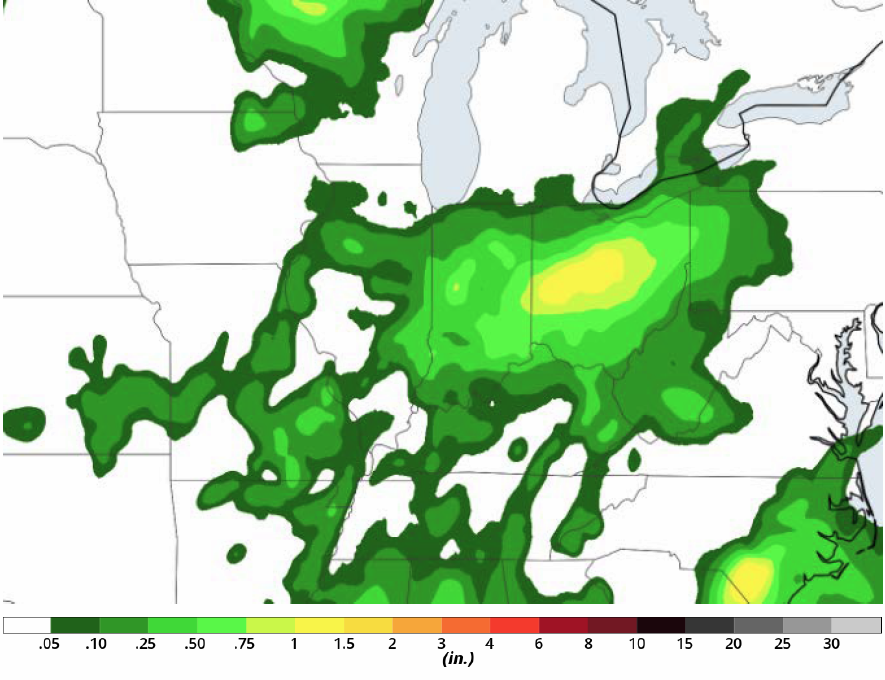 Thunderstorm Potential Wednesday from the Ohio Valley into the Northeast
A warm front is forecast to lift to the north during the morning and early afternoon, allowing for increased moisture across the Ohio Valley and Northeast ahead of a cold front. By the afternoon, with increased moisture and daytime heating, some instability is forecast to develop ahead of the cold front. This front is forecast to move eastward during the afternoon and evening with strong to severe thunderstorm development expected along the front. Strong winds and large hail will be the primary hazards with these storms, however an isolated tornado cannot be ruled out. Heavy rainfall and frequent lightning can also be expected. 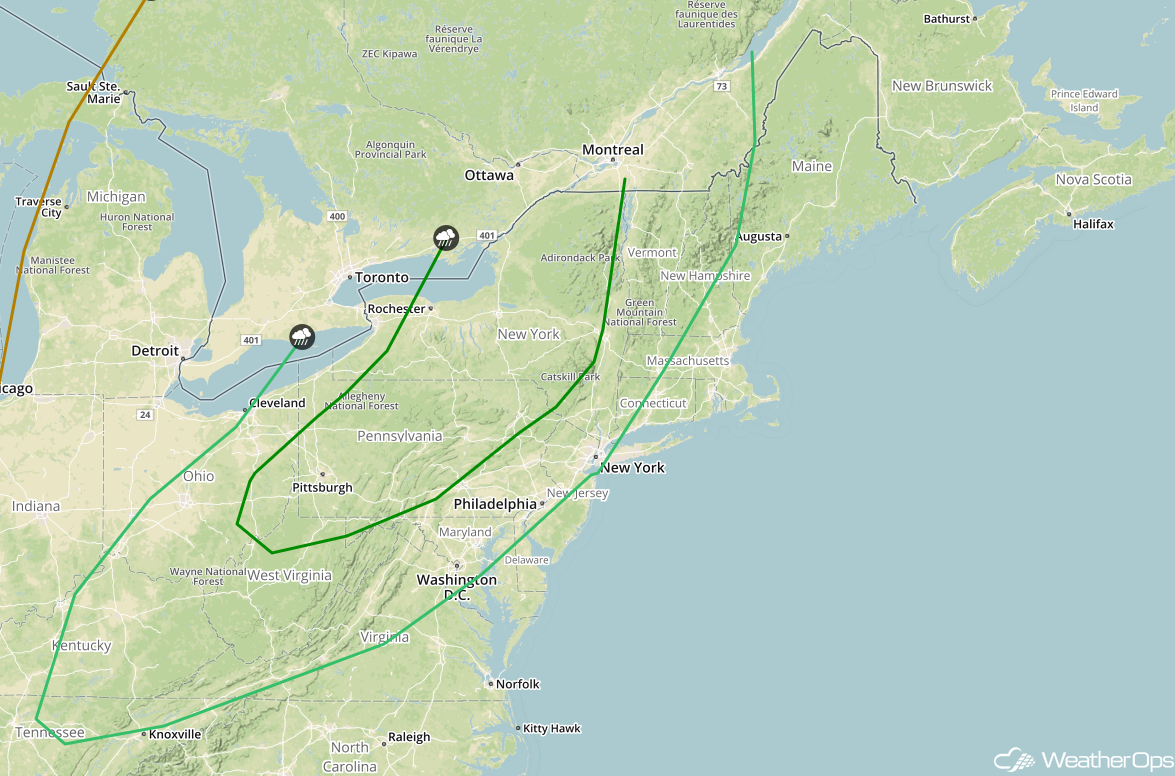 Thunderstorms for the Northern Plains on Thursday
Scattered thunderstorms are expected across portions of the Northern Plains on Thursday as instability builds ahead of a cold front. With strong wind shear in place, some storms may become supercells as they develop initially. Large hail, damaging winds, and tornadoes will all be potential hazards with these storms. While there is some uncertainty in the evolution of the storms, there is the potential for storms to congeal into a squall line with damaging winds becoming the primary hazard.

Tropical Update
A large area of disorganized showers and thunderstorms over the western Caribbean is associated with an area of low pressure. This activity is expected to move westward to northwestward over Central America and the Yucatan Peninsula during the next couple of days. Little development is expected due to unfavorable upper level winds. Environmental conditions could become slightly more conducive for development when the system moves into the southwestern Gulf of Mexico by the end of the week. Regardless of development, locally heavy rainfall is forecast across portions of Nicaragua, Honduras, Belize, Guatemala, and the Yucatan Peninsula through Thursday. 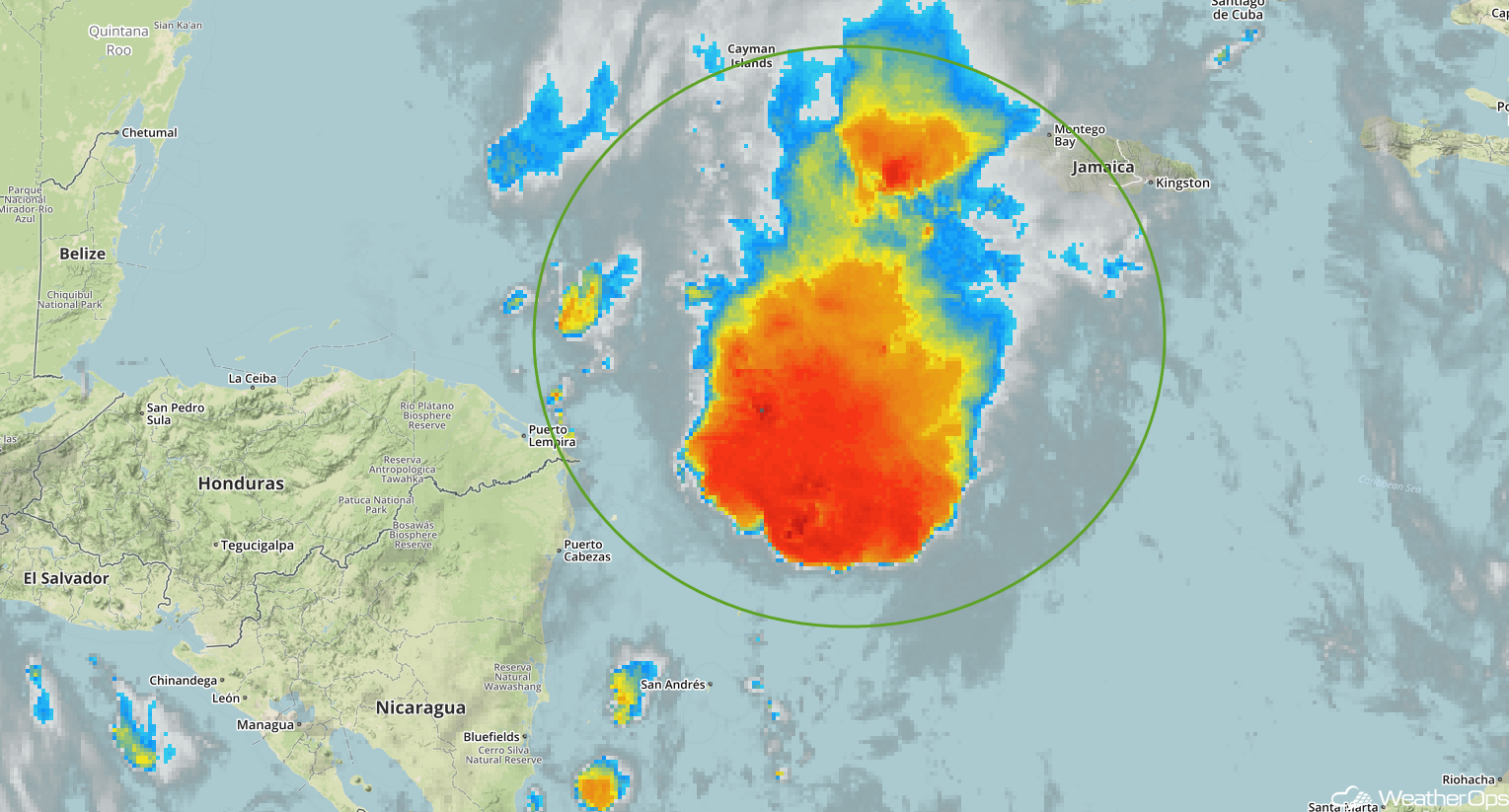