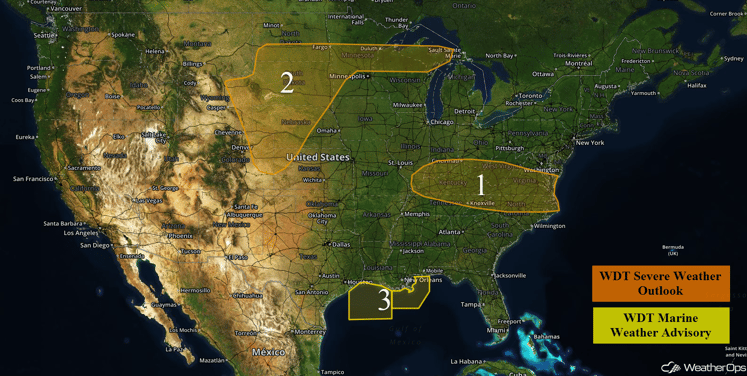 Large amounts of moisture and plentiful daytime heating should allow for the development of scattered thunderstorms across Region 1 during the afternoon, with some thunderstorms clustering. Damaging winds will be the primary hazards, with storms diminishing after dark.

Ongoing thunderstorms in the Northern Plains will likely limit a northward extent of potential severe weather today. However, new thunderstorm activity is expected along the front that will be draped from the Northern Great Lakes to the Northern Rockies, as well as along outflow boundaries from this morning's thunderstorms. Initially, individual to clustered thunderstorms are possible with large hail and damaging winds from supercells before storms form into larger clusters or a line where damaging winds would become the primary threat. Dry air should limit the eastward extent of the severe threat going into the late evening and early morning time frame. Heavy rain will also be possible with rainfall amounts of 2-4 inches and locally higher amounts in excess of 5 inches 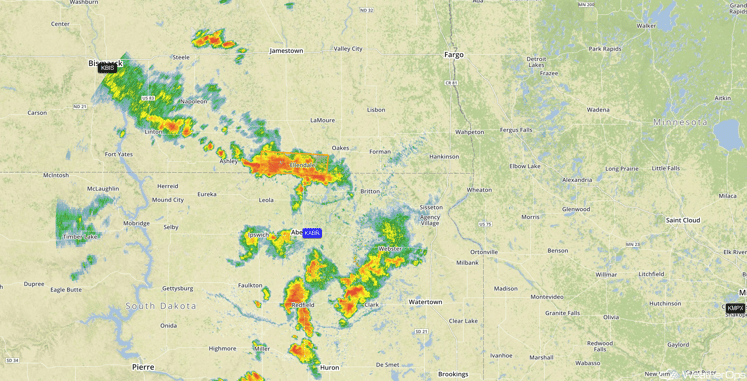 Enhanced southerly to southwesterly winds are being felt across much of the Central Gulf of Mexico this morning in response to widespread shower and thunderstorm activity associated with a weak area of low pressure. Enhanced winds will continue for much of the day. Sustained winds of 25-35 mph, with gusts to gale force, will be possible through the evening hours. Offshore seas will be moderate to occasionally rough at times, especially in and around stronger thunderstorms. 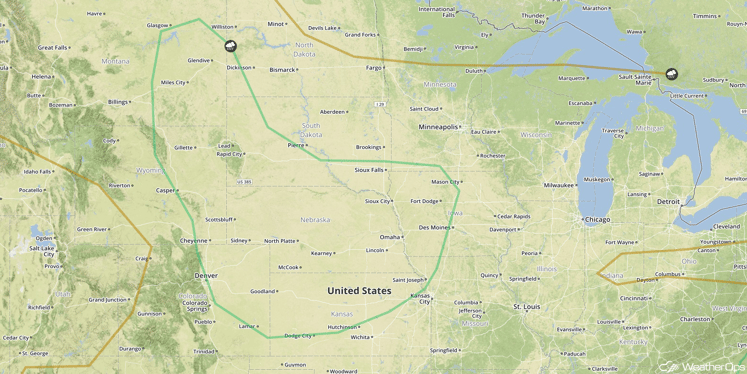 Strong to Severe Thunderstorms Possible Along Atlantic Coast on Wednesday

Along the Atlantic Coast, a stationary front is forecast to remain over the region with high amounts of moisture to the south of the boundary. Into the afternoon, thunderstorm development is forecast becoming strong to severe with damaging winds being the primary hazard with these storms.

Strong to Severe Thunderstorms Possible Thursday for the Central Plains

A few upper level troughs are forecast to continue to move across the region allowing for support of thunderstorm development across the Central Plains. At the surface, a weak boundary is forecast over the region. Coupled with ample moisture and daytime heating, strong to severe thunderstorms are forecast to develop in the afternoon. Primary severe weather potential will include hail, damaging winds, frequent lightning and heavy rainfall. 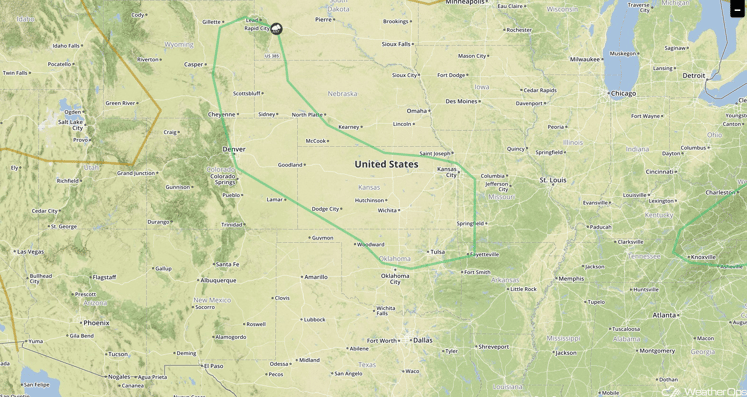 Strong to Severe Thunderstorms Along Atlantic Coast on Thursday 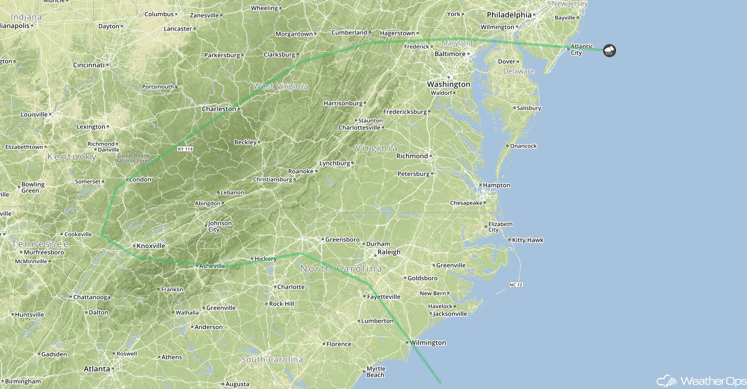