Scattered thunderstorms are expected to develop this afternoon across western portions of Virginia and North Carolina as a cold front moves in from the Northwest. These storms are then likely to spread southeastward across Region 1 through the early to mid afternoon before dissipating. Due to the increasing instability ahead of the front, some of the storms may become strong or severe. Damaging winds will likely be the primary hazard, however some isolated storms may contain large hail. In addition, excessive rain and flash flooding will be possible; rainfall totals of 2-4 inches with locally higher amounts will be possible. 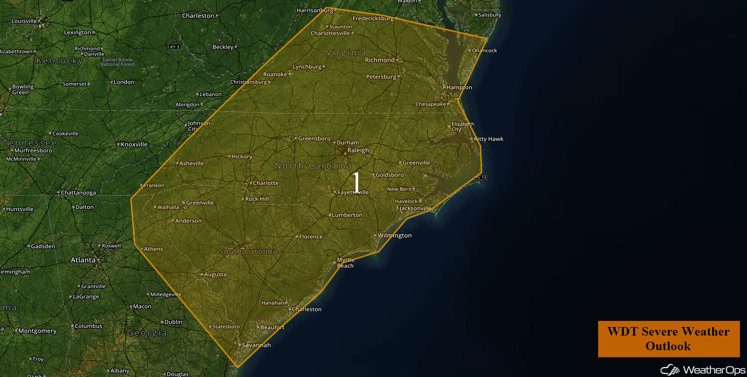 An area of low pressure moving into North Dakota and its associated warm front stretching from the Northern Plains southeastward into the Mid Mississippi Valley region will provide a focus for thunderstorm activity across the region today. Conditions are likely to become favorable for the development of strong to severe storms across Region 2, especially this afternoon and into the early evening hours. Thunderstorms are currently in progress across portions of Iowa and North Dakota. These storms are expected to produce outflow boundaries that will be the focus for additional development later today. Damaging winds will be the primary hazard, though some of the stronger thunderstorms could produce large hail and tornadoes. 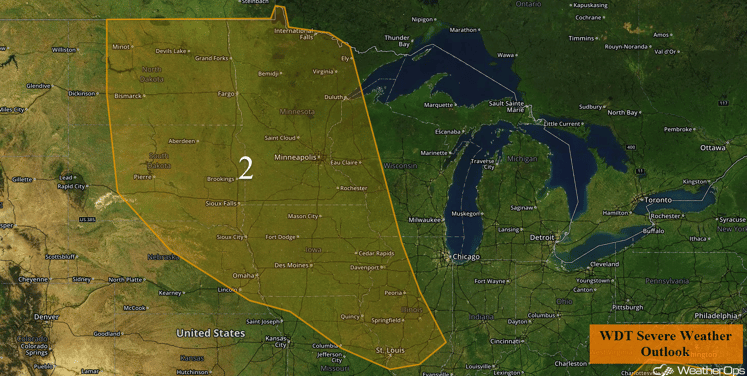 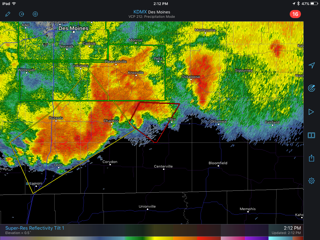 Update 2:45pm CDT: A Severe Thunderstorm Watch has been issued for portions of Illinois, Iowa, and Missouri until 8pm CDT.

Scattered thunderstorms will be possible across the far Northern Plains on Wednesday, with a more isolated chance across the Great Lakes. An area of low pressure developing over the Dakotas will allow for unstable air to move northward into the threat region during the day, allowing for the development of strong to severe thunderstorms. Ongoing showers and thunderstorms across the Midwest may cause some uncertainty, however, isolated storms could form around Lake Michigan during the afternoon with marginally severe hail and strong winds as the primary hazards. Elsewhere, a cluster of strong to severe thunderstorms is possible in the far Northern Plains during the late afternoon and move eastward into the evening and overnight hours. Primary hazards with this activity will be large hail and damaging winds.

There will also be a risk for localized flooding from northern Indiana and Illinois into southern Wisconsin in association with the thunderstorm activity. Rainfall amounts of 1-2 inches with locally higher amounts will be possible. 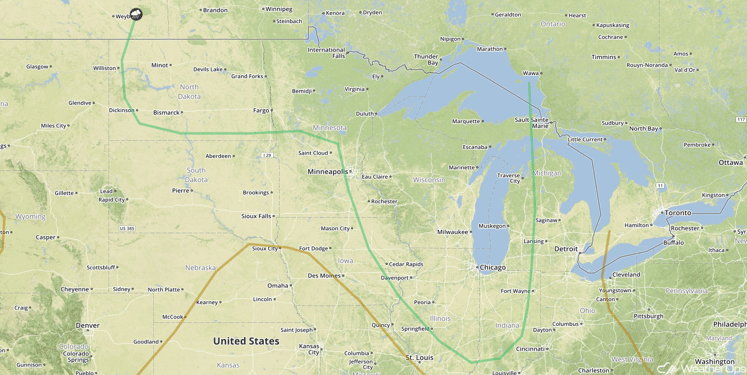 There will be a chance for strong to severe thunderstorms on Thursday across much of the Great Lakes as a cold front pushes into the region. If thunderstorms are able to develop, they will have the potential to become severe, with the primary hazards being large hail and damaging winds.