Thunderstorms may develop along a stalled front across portions of south Texas on Tuesday. Wintry precipitation will continue across the Great Lakes and Northeast as an area of low pressure moves eastward across  these regions. A storm system approaching the Pacific Northwest will allow for heavy snowfall across the region.

Region 1
A nearly stationary front will remain across south and southeast Texas today. At the same time, an upper level low, currently over northern Mexico, will increase shear across the region. While instability is not expected to be overly strong, conditions will support an isolated threat for severe weather this afternoon and early evening. Severe winds will be the primary hazard, but large hail and an isolated tornado or two cannot be ruled out. Along the Texas and Louisiana coasts, fog will persist through the day with visibilities less than 2 miles at times.

Region 2
Snow will continue for portions of the Great Lakes through Tuesday afternoon as an area of low pressure moves northeastward. Snowfall totals of 1-3 inches with isolated higher amounts in excess of 4 inches are forecast in addition to freezing rain accumulations of up to a tenth of an inch. 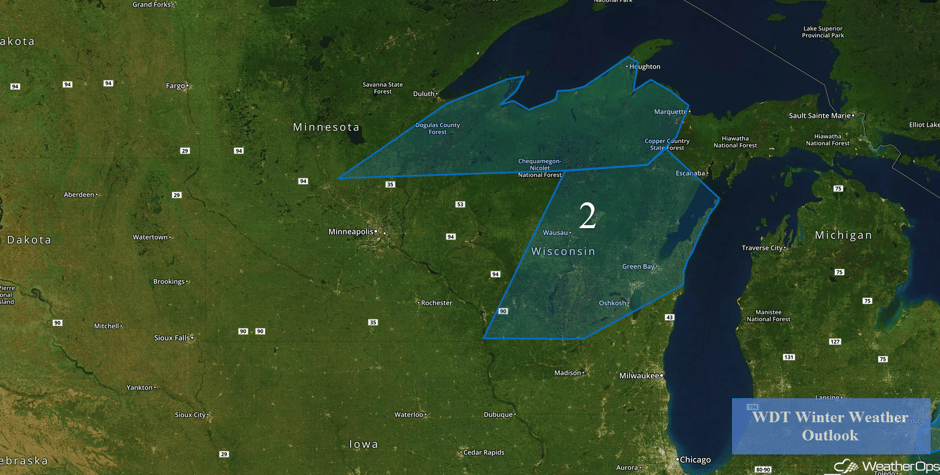 Region 3
An area of low pressure moving eastward from the Great Lakes and into the Northeast is expected to spread wintry precipitation across Region 3 this morning and continue into Wednesday morning. A mix of rain, freezing rain, and snow is expected. The primary hazard will be freezing rain with accumulations between a tenth and a quarter inch of ice and isolated higher amounts in excess of 0.35 inch. In addition, snow and sleet accumulations of 1-3 inches with locally higher amounts in excess of 4 inches are expected. Travel difficulties may develop into early Wednesday. Further east across Maine, 1-2 inches of snow with isolated higher amounts in excess of 3 inches are forecast. 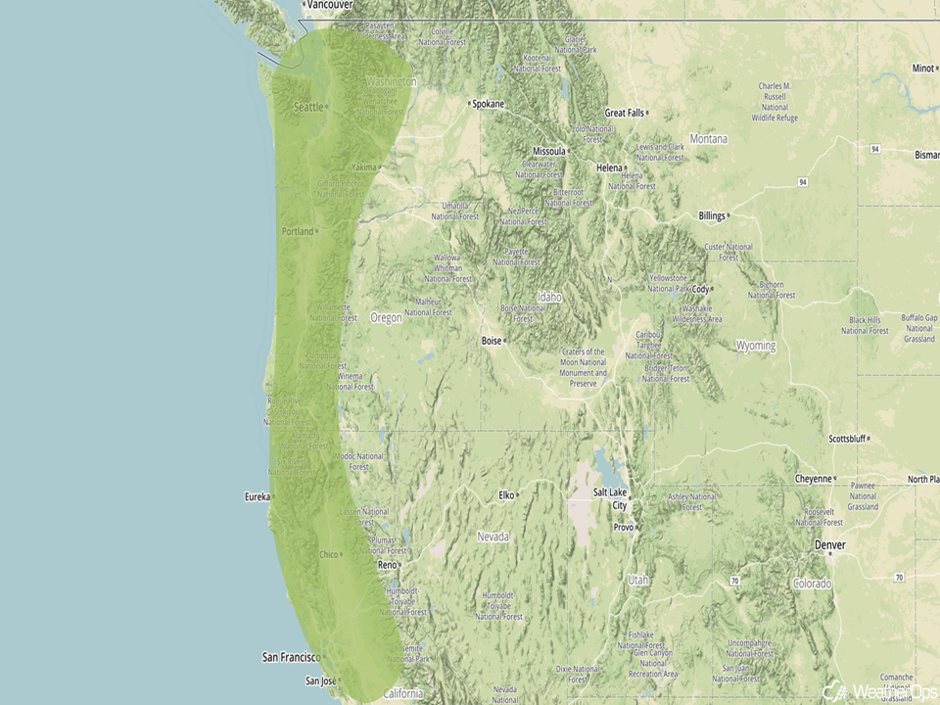 Significant Snowfall Possible for Sierra Nevada on Wednesday
With an area of low pressure and cold front causing heavy rainfall across the region, heavy snowfall is also expected along the Sierra Nevadas. High elevations of 6-12 inches of snowfall are expected with locally higher amounts in excess of a foot in the highest elevations. 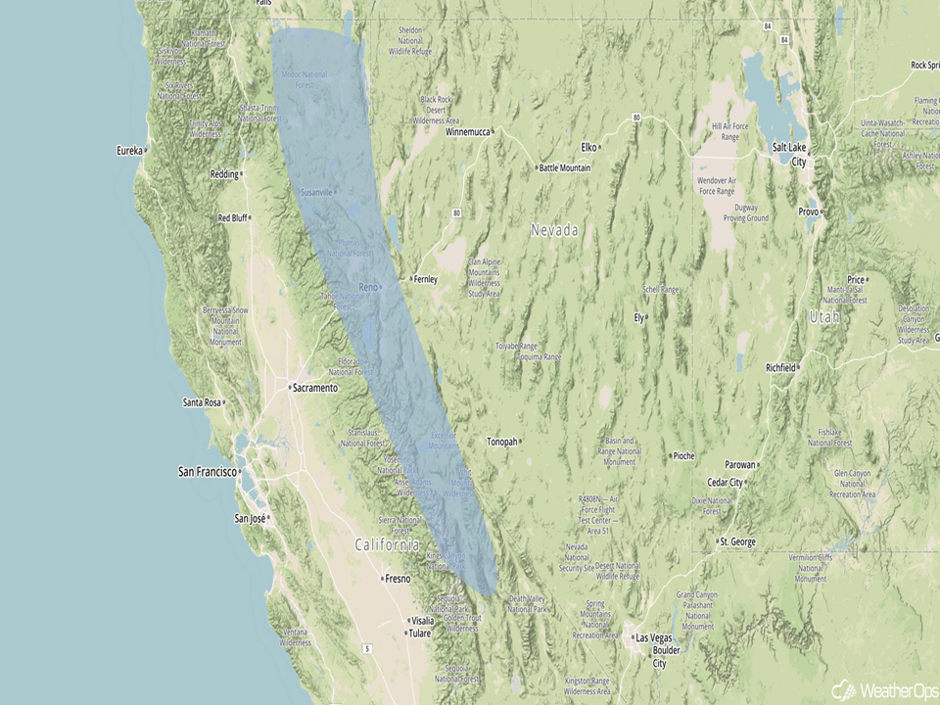 A Look Ahead
An area of low pressure and cold front may allow for the development of thunderstorms along the northern Gulf Coast on Saturday. Large hail, damaging winds, and tornadoes will be possible with these storms. Flooding may also occur in locally heavy downpours.