Snow will continue across the Sierra Nevadas through Friday as a series of low pressure systems move across the region. These systems will also produce a potential for excessive rainfall along the California coast, as well as a few thunderstorms. 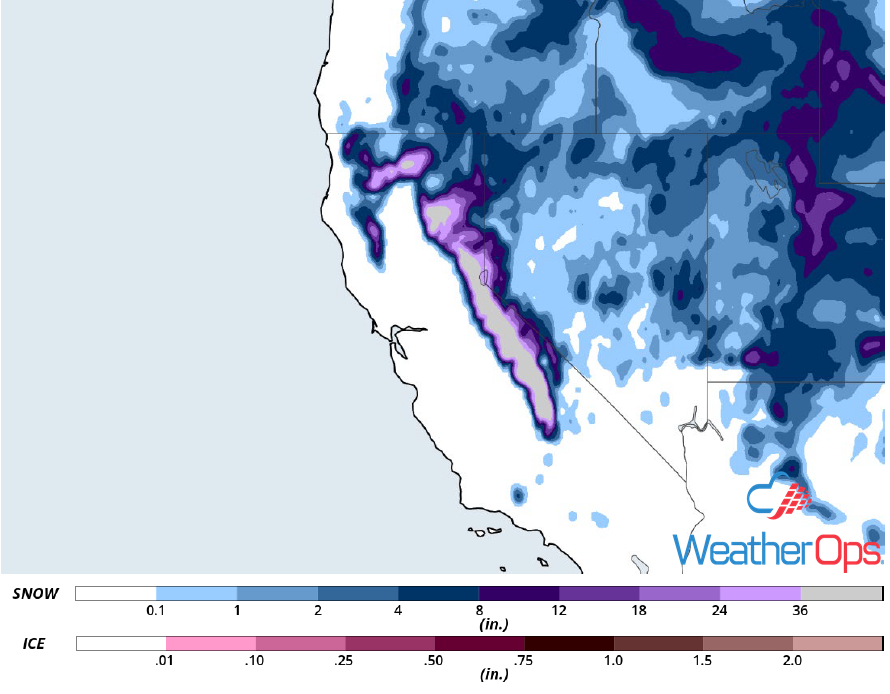 Excessive Rainfall through Thursday along the California Coast
A series of low pressure systems is forecast to move onshore the California coast, leading to the potential for heavy to excessive rainfall to the coast. A system just to the west of Los Angeles will track northeastward and move onshore today. This system will bring the heaviest rainfall to southern California where rainfall amounts will range 1.00-1.50 inches. The second round will impact northern California Wednesday afternoon with accumulations of 1.50-2.00 inches expected. An additional 2-3 inches of rainfall are expected along the entire coast on Thursday. A few thunderstorms capable of gusty winds and isolated tornadoes may develop along the coast of southern California Tuesday afternoon. 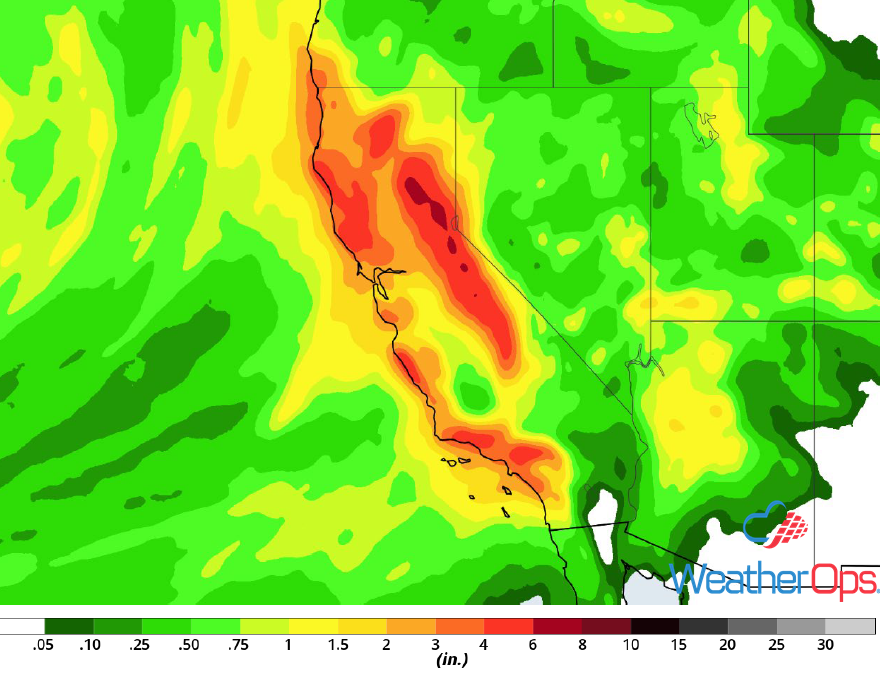 A Look Ahead
Snow will move across the Northern and Central Plains on Friday as an area of low pressure intensifies and progresses eastward. As this system continues to move eastward on Saturday, snow will extend from the Missouri Valley into the Great Lakes. Showers and thunderstorms may develop from the Tennessee Valley into the Lower Mississippi Valley. By Sunday, freezing rain and snow are expected from the Appalachians into the Northeast. Light snow may develop across the Upper Midwest on Monday.