Thunderstorms for the Gulf Coast on Tuesday
Moisture will increase on Tuesday while an upper level system moves across the region. This will allow for the development of thunderstorms, some of which may become severe. Damaging winds and large hail will be the primary hazards from southeast Texas eastward across southern Louisiana from the early afternoon through the late night hours. The thunderstorm potential across southern Louisiana may be the highest during the overnight and early morning hours Wednesday. 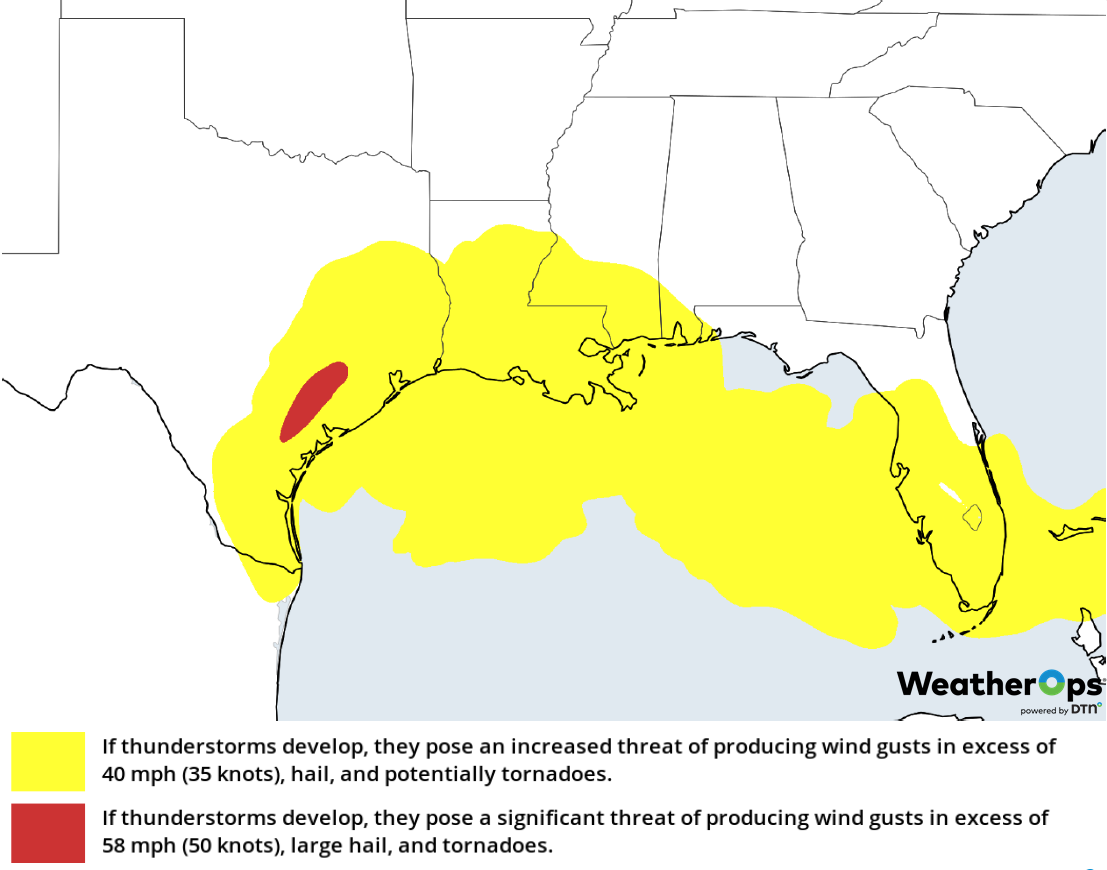 Excessive Rainfall Tuesday across Northern California
A stalled front is producing numerous showers across northern California this morning. The front is unlikely to progress much over the next 12-24 hours, allowing rainfall to continue as Pacific moisture streams into the region. Additional rainfall amounts of 1-3 inches are expected for the lower elevations. Across the higher elevations, 4-7 inches are forecast. 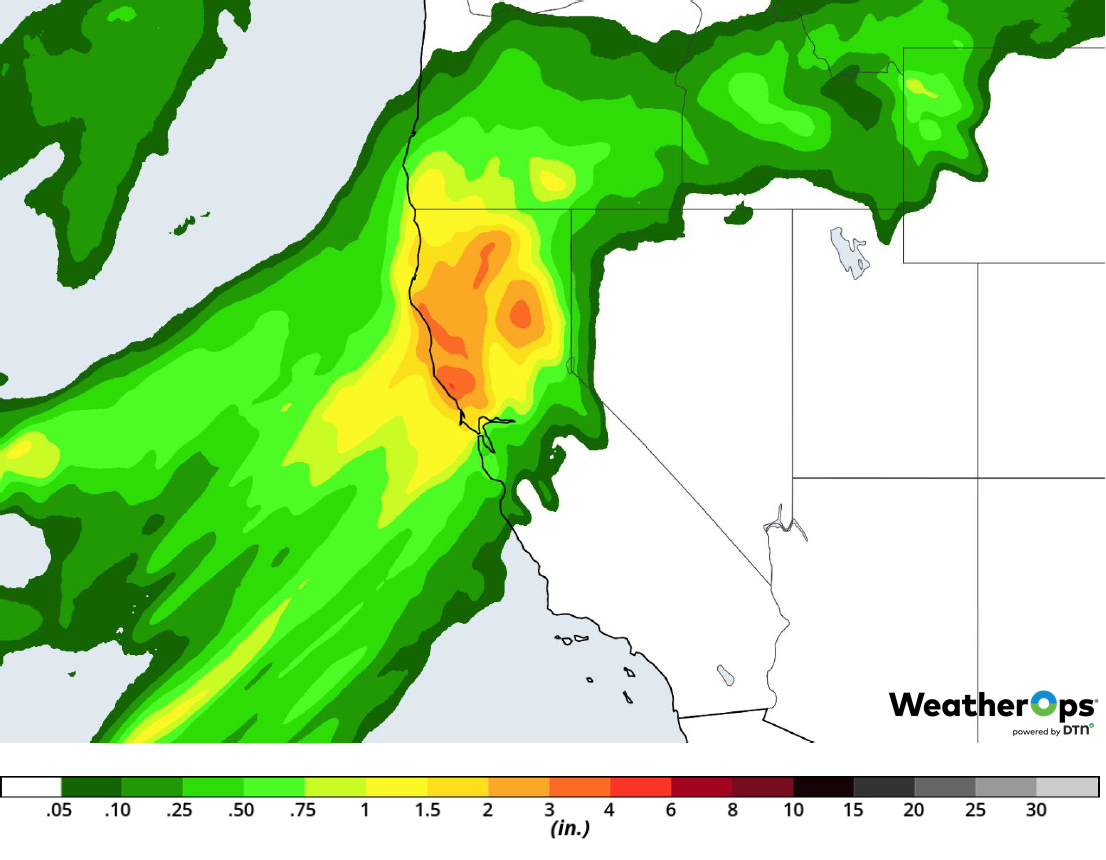 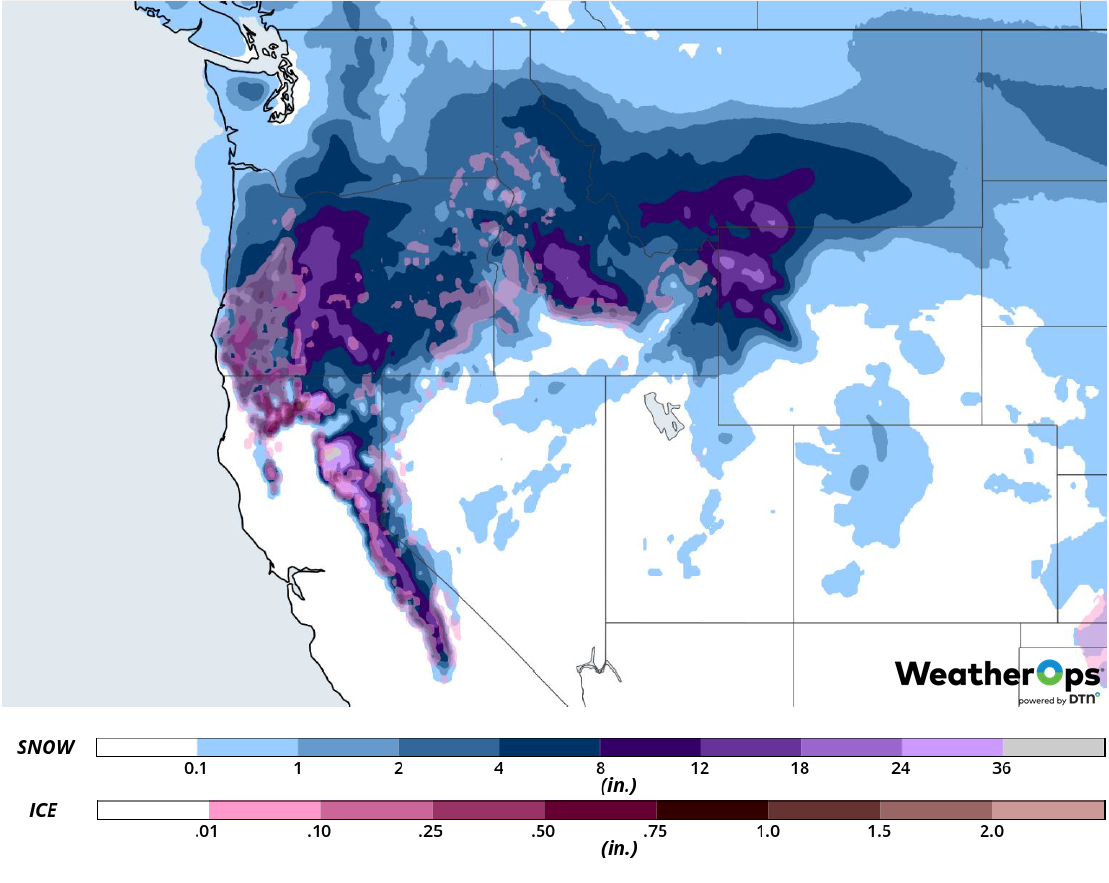 Potential for Snow through Wednesday from the Northern Plains into the Northeast
An upper level disturbance moving out of Canada and eastward across the northern US will bring moderate to heavy snow to the Northern Plains today. This snow will move into the Northeast tomorrow. Snowfall accumulations of 4-6 inches are likely from central and northern portions of Wisconsin into Michigan through midday Wednesday. The heaviest snow will be across portions of western New York where 6-8 inches are expected. 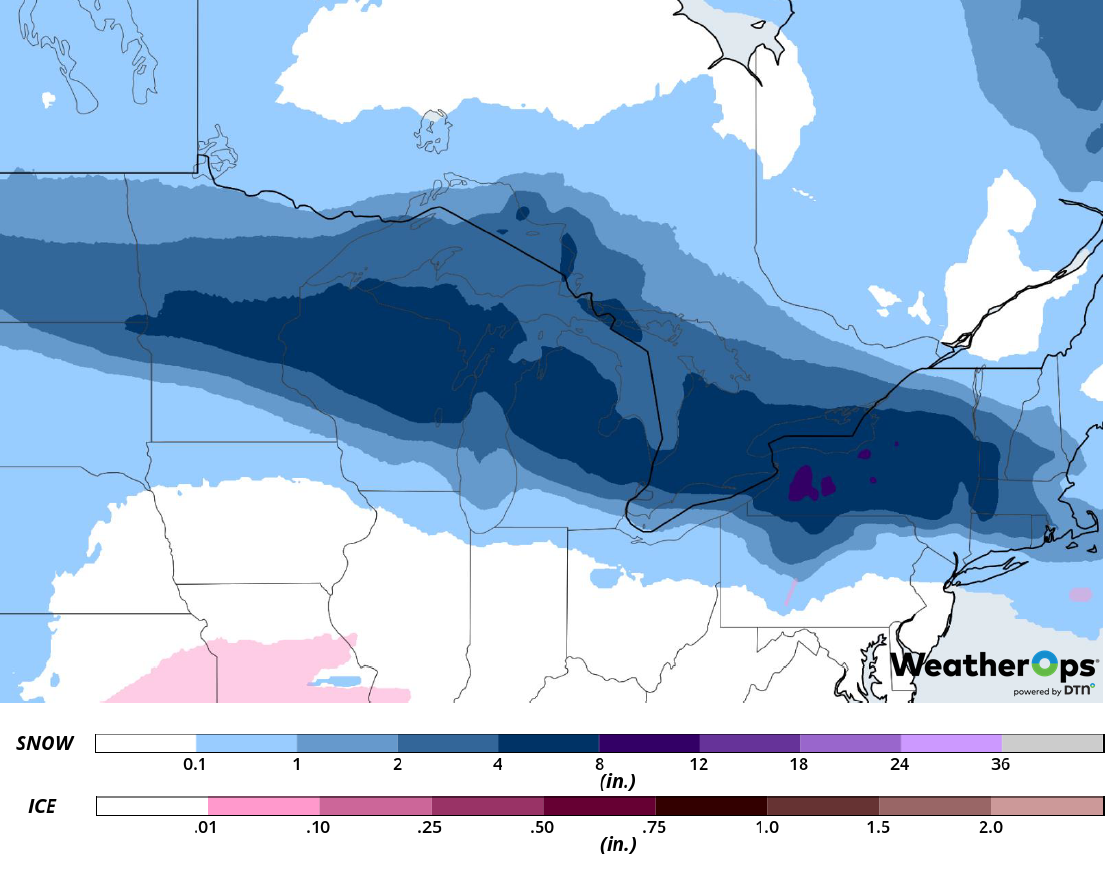 Wintry Precipitation Wednesday and Thursday from the Central Plains into the Ozarks
Isolated rain showers may be ongoing along a nearly stationary front across portions of northern Oklahoma and southern Kansas late Tuesday night into early Wednesday morning. Meanwhile, cold air will move southward along the lee side of the Rockies. As a result, light rain showers may transition to freezing rain and sleet. This precipitation will shift into southern Missouri and Illinois Wednesday evening through Thursday morning. Ice accumulations up to 0.10 inch are expected. Caution is advised if travel is necessary, especially over bridges and overpasses.

Thunderstorms for the Eastern Gulf Coast on Thursday
Weak instability and wind shear will likely be present ahead of an approaching cold front on Thursday. If enough breaks in the cloud cover develop, daytime heating may produce enough instability for the development of thunderstorms, some of which may be severe. Damaging winds and hail will be the primary hazards with these storms. 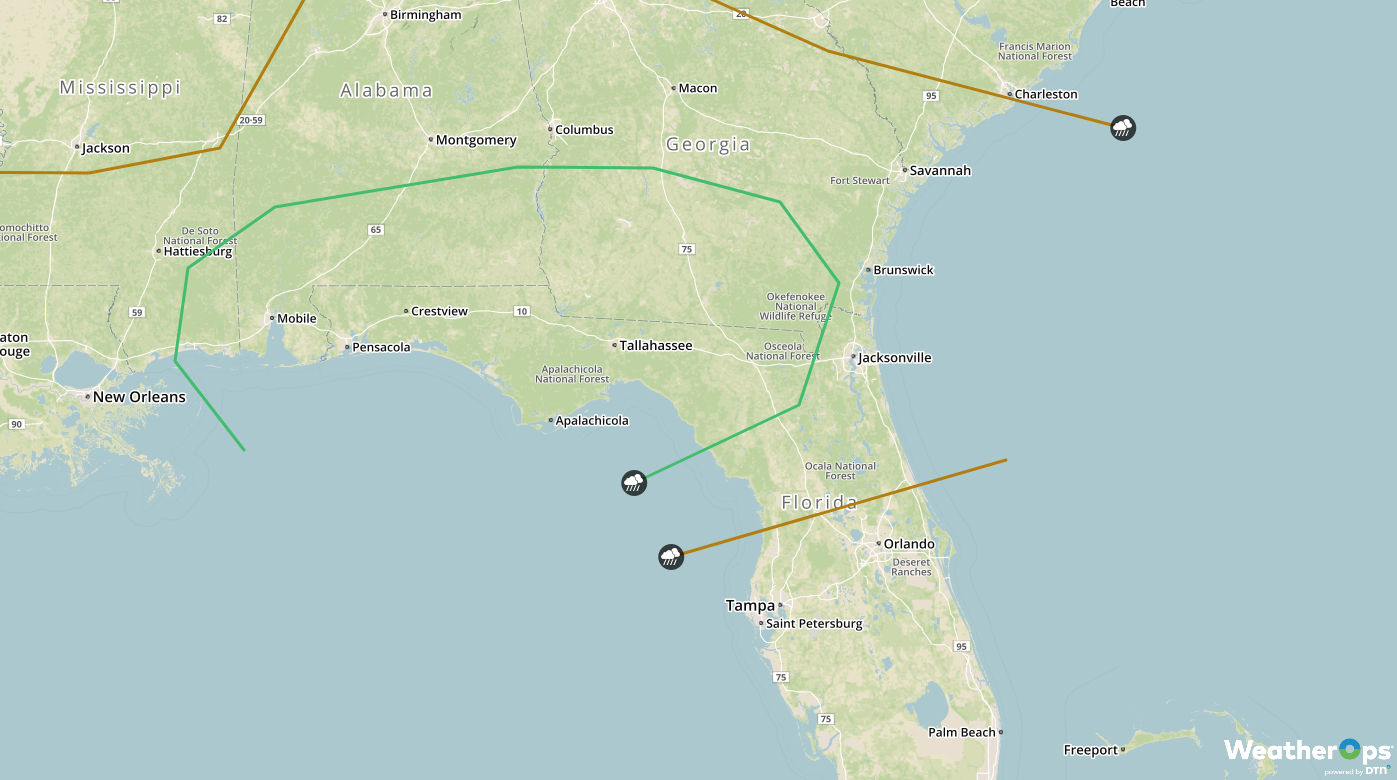 A Look Ahead
Wintry precipitation is forecast across the Northern and Central Plains on Friday as an area of low pressure moves across the region. This activity will extend from the Midwest into the Plains on Saturday. As the system continues to move eastward on Sunday, snow is forecast into the Northeast. A wintry mix may move into the Lower Mississippi Valley on Monday.