Snow will continue across the Northern Rockies on Tuesday as an area of low pressure continues to move eastward. A cold front moving onto the coasts of Washington and Oregon will bring a potential for excessive rainfall to the Pacific Northwest.

Snow for the Northern Rockies on Tuesday
Snow across the Northern Rockies will continue on Tuesday as a front moves eastward. Coverage and intensity will increase in the higher elevations later this morning and afternoon. Snow accumulations will range 1-2 feet in the higher elevations. In the lower elevations, accumulations of 4-8 inches are expected. Wind gusts in excess of 40-50 mph will allow for blowing snow and lower visibilities. 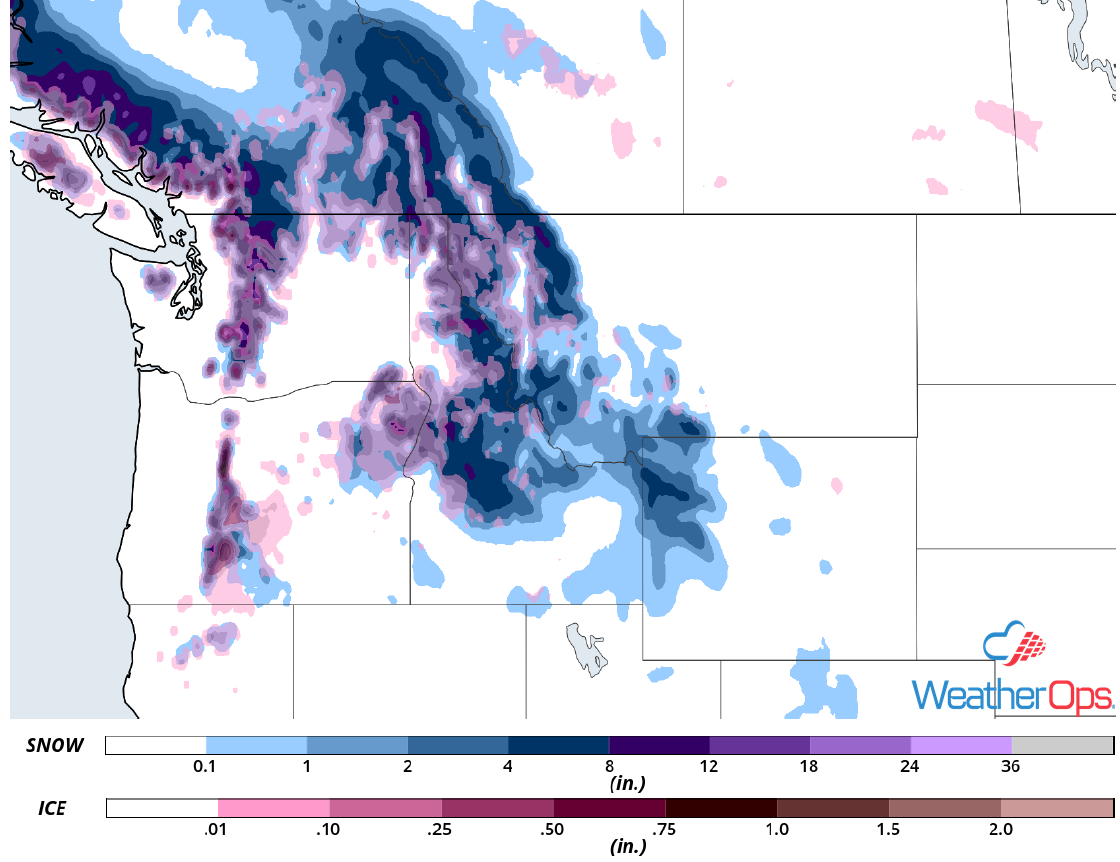 Excessive Rainfall Tuesday across the Pacific Northwest
Moderate to heavy rainfall associated with a Pacific cold front is ongoing across western Washington and Oregon. Above average moisture along the front will result in heavy rainfall through late this morning. By midday and this afternoon, the heavier rains will shift into far southern Oregon and northern California. Rainfall amounts of 1-3 inches are forecast with locally higher amounts along the Coastal Range and Cascades. 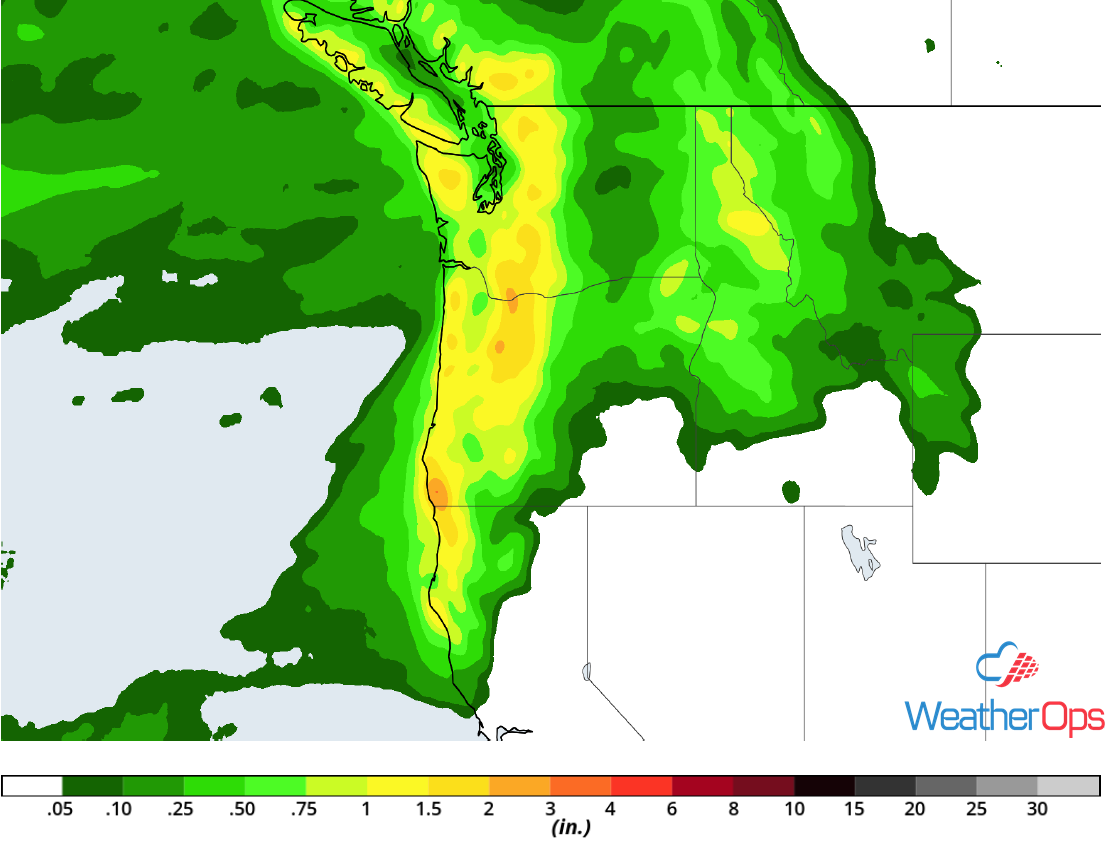 Thunderstorms from the Coastal Carolinas to Central Florida on Thursday
An intensifying area of low pressure over the Southeast will push a strong cold front through Florida as it moves northeastward. Strong wind shear, as well as increasing temperatures and moisture, ahead of the front will likely result in widespread strong to severe thunderstorm development. Damaging winds and isolated tornadoes will be the primary hazards with these storms. Isolated severe thunderstorms may extend into the coastal Carolinas by the late afternoon and evening. 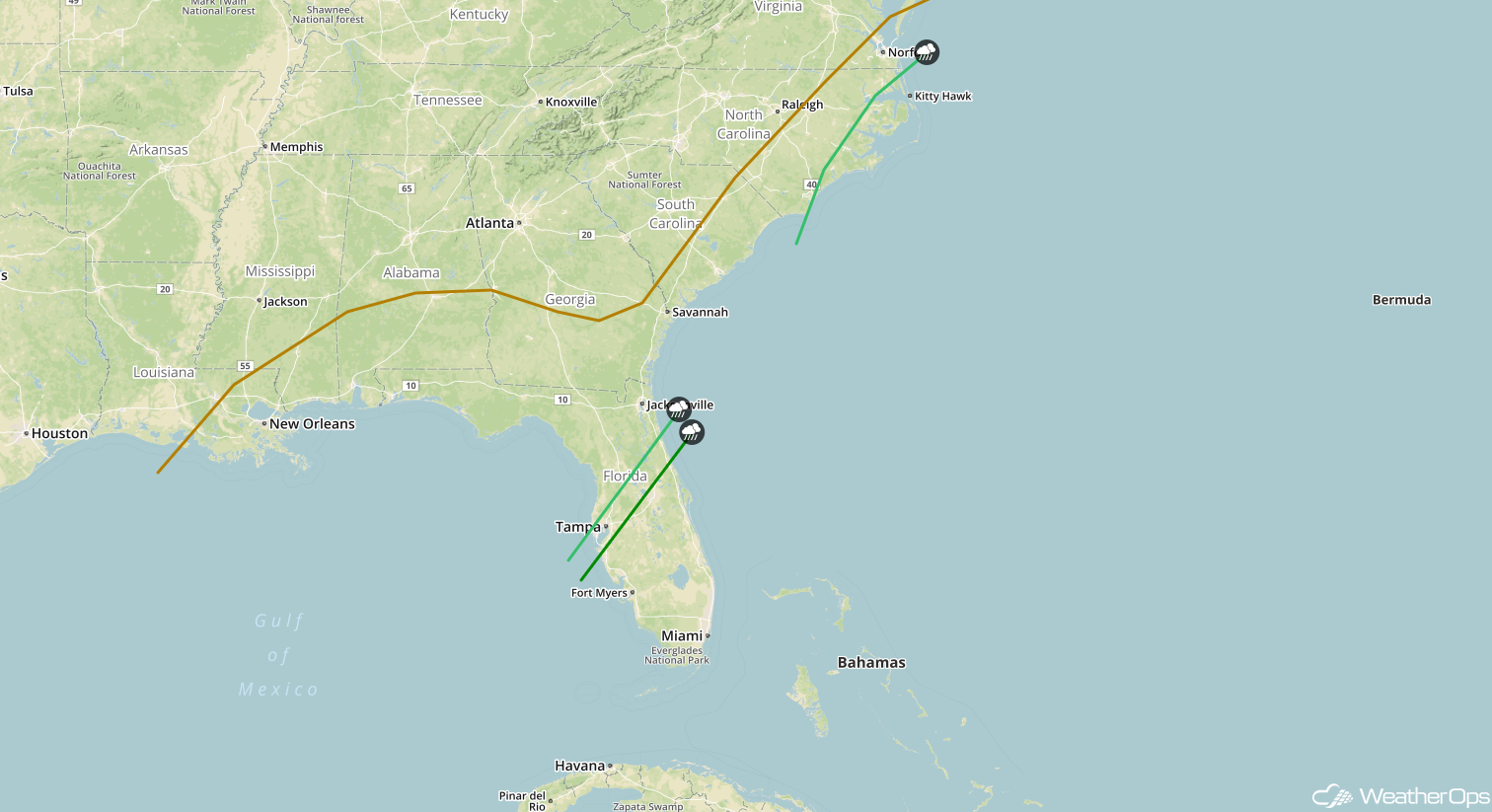 Risk for Excessive Rainfall Thursday from the Coastal Carolinas to Southern Florida
In addition to the thunderstorm risk described above, there is a potential for excessive rainfall. Rainfall amounts will range 1-2 inches with locally higher amounts. 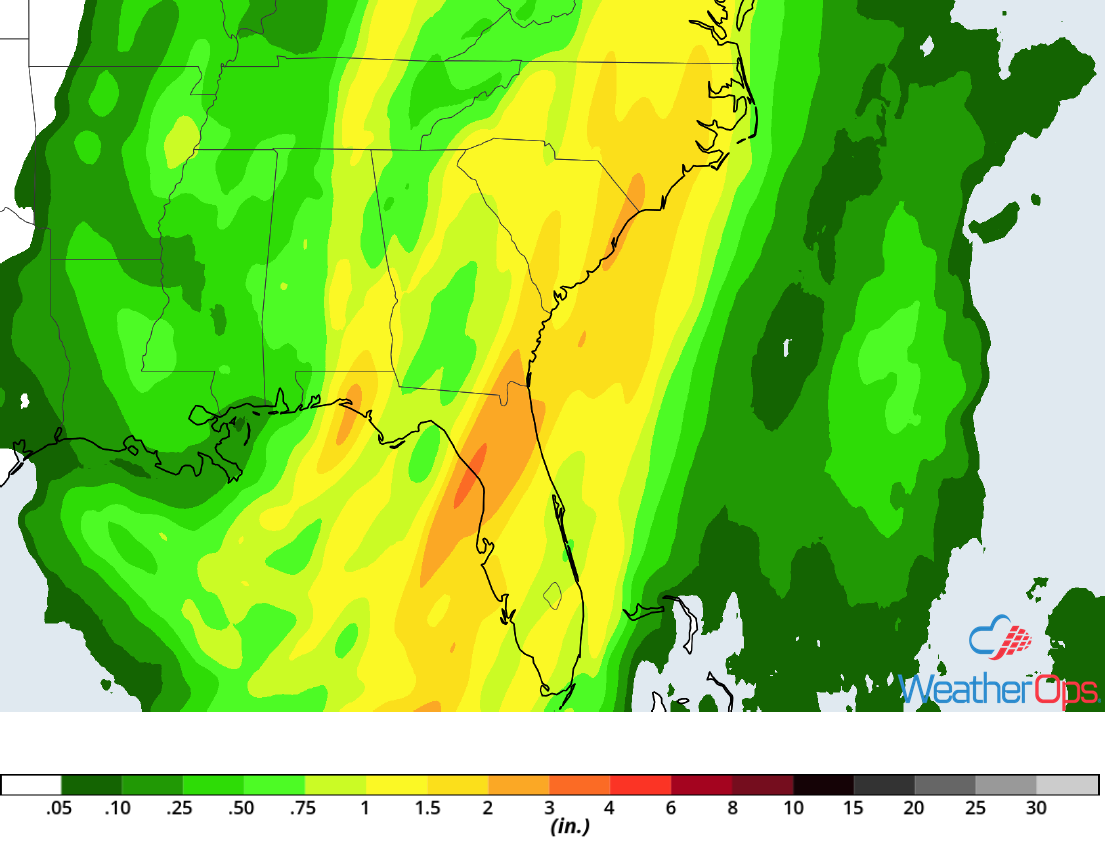 A Look Ahead
Showers and thunderstorms will continue across the Southeast and the Mid Atlantic on Friday as an area of low pressure continues to move northward. Rain and snow will move into the Northeast late Friday into Saturday. On Sunday, snow is forecast across the Pacific Northwest and Northern Rockies. Another round of snow will move into the Pacific Northwest and Sierra Nevadas on Christmas Eve.