Thunderstorms Tuesday across the Western High Plains
There will be a marginal risk for strong to severe thunderstorms over the central High Plains on Tuesday. Isolated to possibly scattered thunderstorms are expected to develop along the Front Range by the afternoon and slowly shift eastward into the Plains during the late afternoon and early evening. Strong winds and large hail will be the primary hazards. 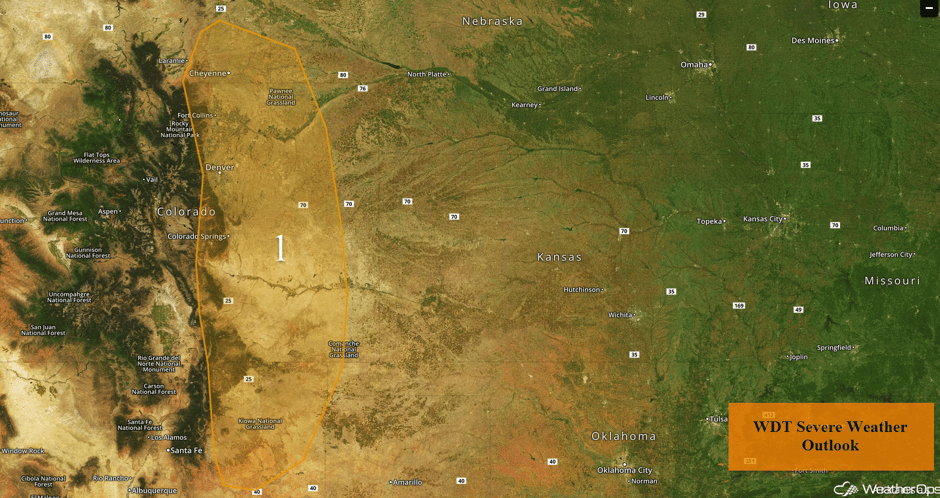 Excessive Rainfall for eastern North Carolina and South Carolina Tuesday
A cold front will continue to slow as it tracks southeastward and becomes quasi-stationary on Tuesday. Just to the south of the front, ample moisture will remain in place as south to southeasterly flow continues to pump this moisture into the region. With the front providing ample lift, multiple rounds of moderate to heavy rain will persist across the region. Rainfall amounts of 1-3 inches with locally heavier amounts in excess of 4 inches are expected. 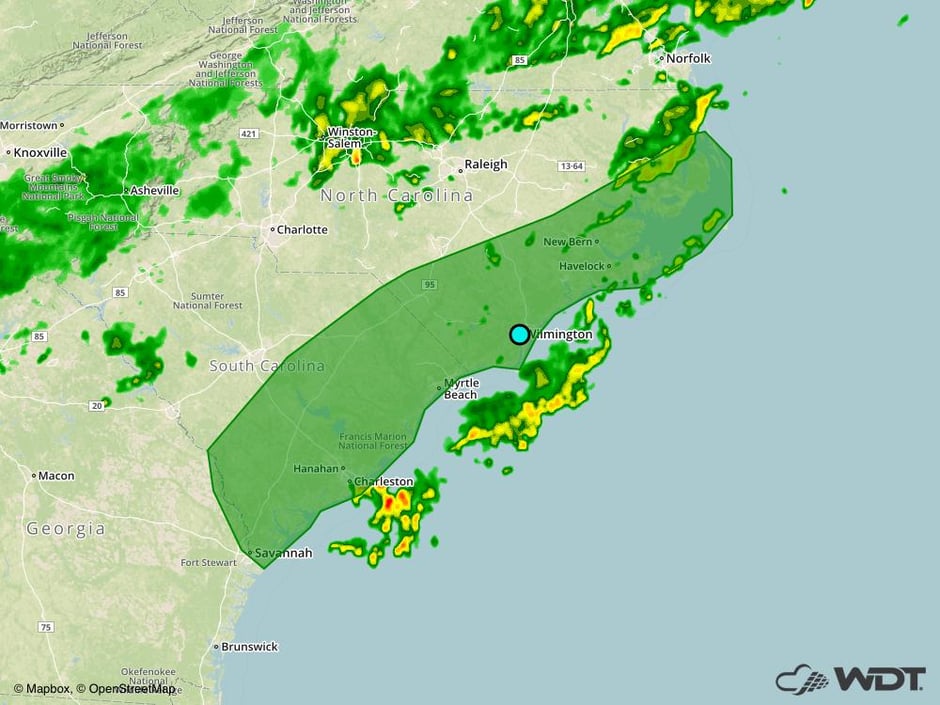 Risk for Excessive Rainfall Tuesday for Texas and Louisiana
A stalled frontal boundary across the Deep South and portions of Texas combined with ample moisture across the region will result in multiple rounds of moderate to heavy rain and thunderstorms. While there is some activity currently ongoing, additional activity is expected later today. Rainfall amounts of 1-2 inches with locally higher amounts in excess of 3 inches are forecast. With heavy rains that have already fallen, there may be some localized flooding. 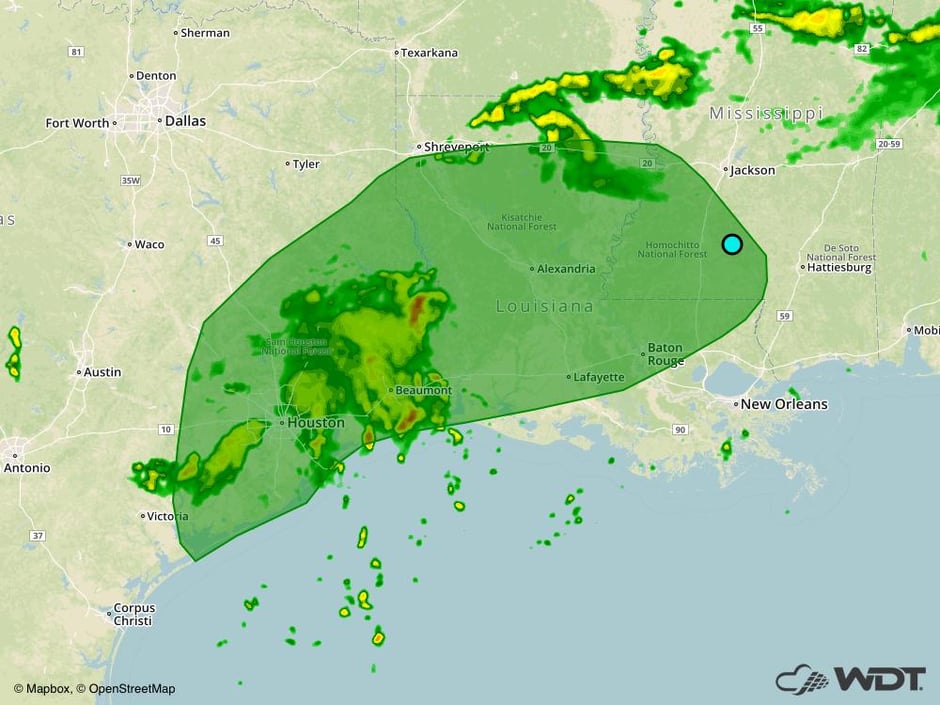 Potential for Thunderstorms across the Northern and Central Plains on Wednesday
On Wednesday there will be a marginal risk for strong to severe thunderstorms across the Northern and Central Plains. A weak upper level disturbance and associated surface low will track eastward across the Northern Plains and into the Upper Midwest. Out ahead of the associated cold front, a narrow corridor of deep low level moisture combined with modest instability and wind shear will result in the development of scattered showers and thunderstorms during the afternoon and evening. Small hail and damaging winds will be potential hazards with these storms. In addition, there is the potential for heavy to excessive rainfall across Kansas where 1-3 inches of rain and locally higher amounts are expected. 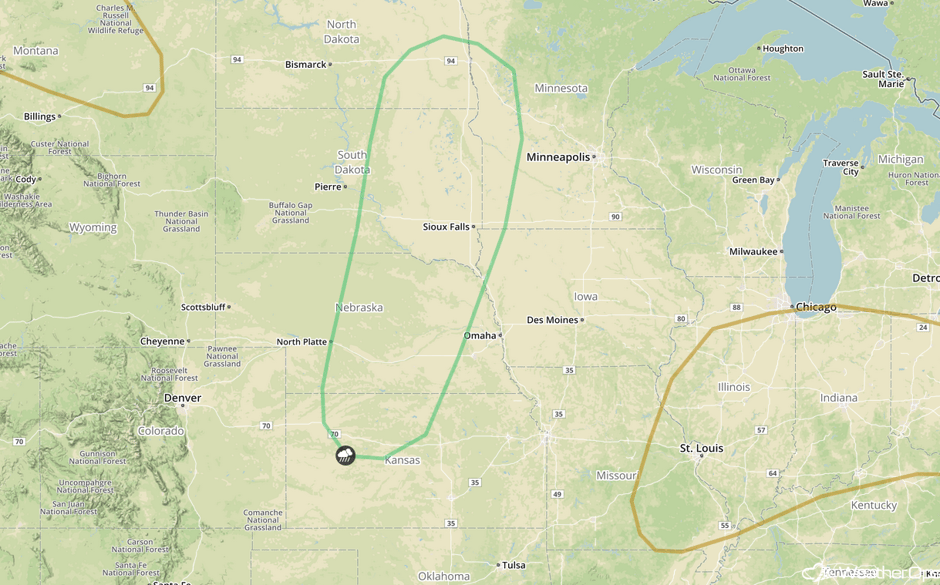 Excessive Rainfall Tuesday for the Deep South and Southeast
A stalled front in the Southeast and Deep South will once again be a focal point for heavy rain and thunderstorm activity. Although thunderstorms are not forecast to be severe, they are will be slow movers resulting in isolated pockets of heavy to excessive rainfall with rainfall amounts of 1-2 inches and locally higher amounts in excess of 3 inches possible. 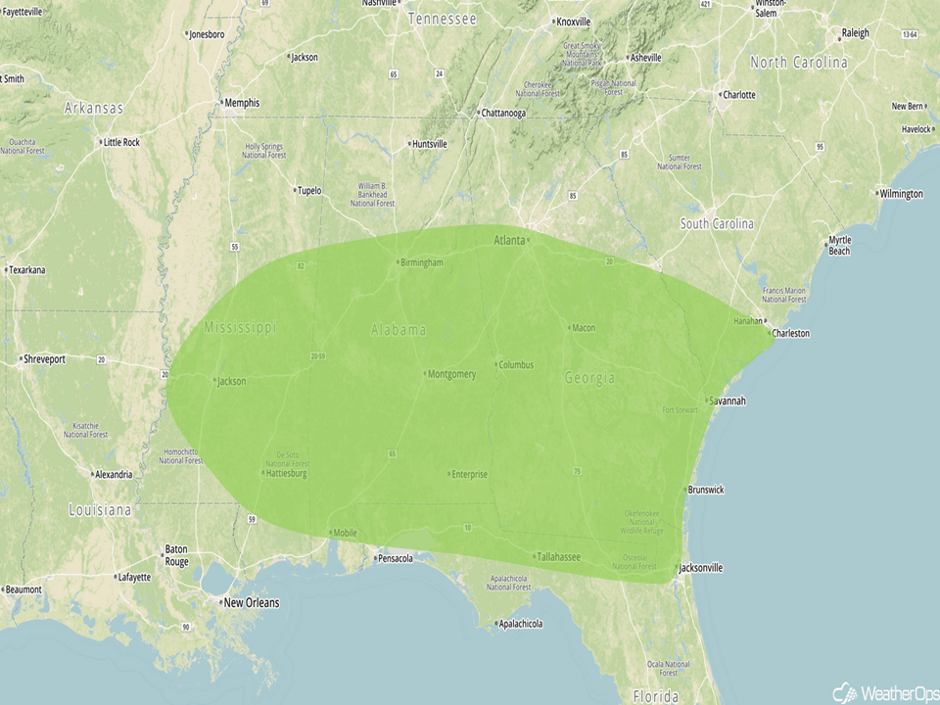 Thunderstorm Potential for the Central Plains and Midwest on Thursday
An area of low pressure will track eastward into the Great Lakes on Thursday with the cold front tracking southeastward toward the Southern Plains and the Missouri River Valley on Thursday. Ahead of the cold front, low level moisture will be in place as southeasterly winds pump moisture northward. With daytime heating allowing for some destabilization, scattered showers and thunderstorms are forecast to increase in coverage and intensity out ahead of the front during the afternoon and evening with some storms becoming strong to severe. Hail and damaging winds will be the primary hazards with the stronger storms. In addition, heavy to excessive rainfall is forecast across the Southern Plains. Rainfall amounts of 1-2 inches with locally higher amounts are forecast across portions of southern Kansas and northern Oklahoma. 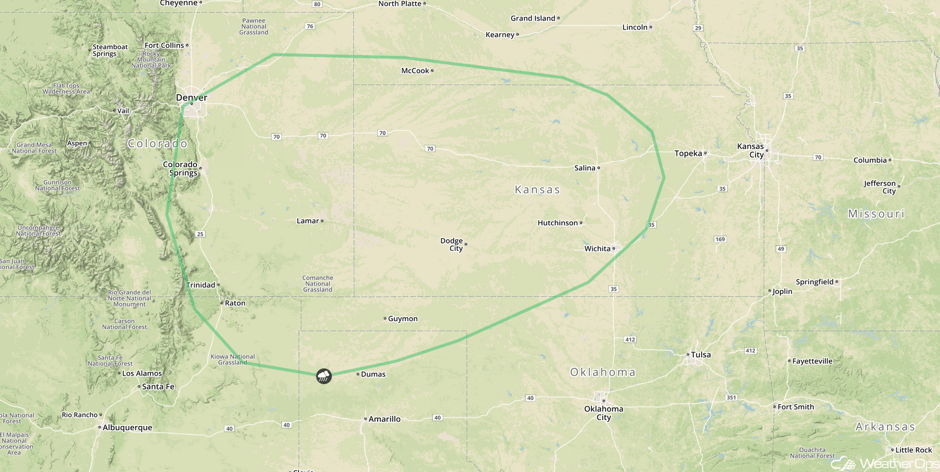 Tropical Update
Tropical Storm Franklin (green oval) is continuing to move west-northwestward over the next couple of days. The center of Franklin will move into the Bay of Campeche later today and move westward across the Bay of Campeche tonight and Wednesday. Maximum sustained winds are at 45 mph. Some strengthening is expected before making landfall in Mexico Wednesday night or early Thursday. Rainfall totals of 2-4 inches with isolated higher amounts in excess of 8 inches are forecast across portions of Belize and Guatemala. Across portions of eastern Mexico, 4-8 inches with locally higher amounts in excess of 15 inches are expected. These rains may produce flash flooding and mudslides.

A trough of low pressure (red oval) located about 800 miles east of the Lesser Antilles continues to produce a disorganized area of showers and thunderstorms. Development is not expected over the next few days due to unfavorable conditions. However, some development is possible this weekend while generally moving west-northwestward at 15 mph.

A Look Ahead
A slow moving cold front will stall to the north of Oklahoma on Friday and Saturday. Combined with ample moisture currently spread across the region, the threat for heavy to excessive rainfall will exist across the Southern Plains Friday into Saturday. Two day rainfall totals of 3-5 inches with locally higher amounts in excess of 7 inches will be possible. The highest amounts will likely result where any slow moving complex sets up, resulting in the threat for widespread flooding across the region.