There will be a risk for thunderstorms and excessive rainfall across the Great Plains on Tuesday as a shortwave trough moves over the Northern Plains. A cold front moving through the Northeast will be the focus for the development of thunderstorms on Tuesday. 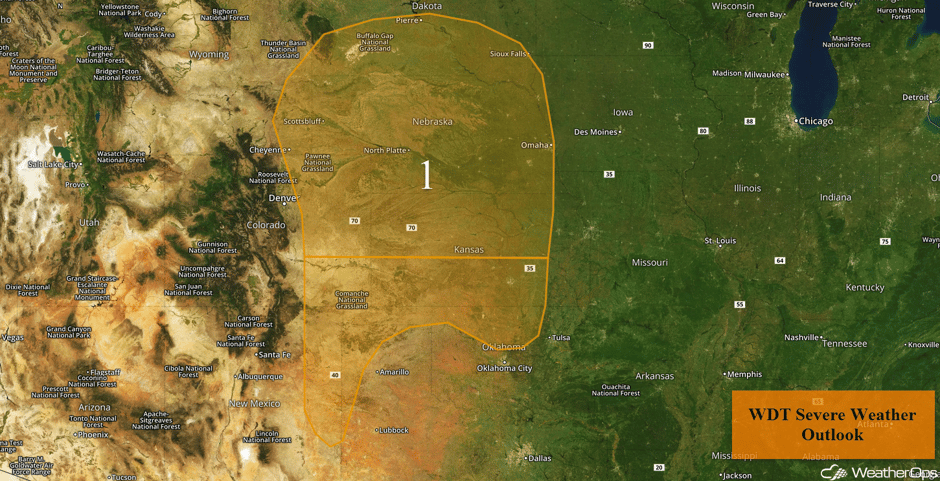 Risk for Thunderstorms Tuesday across the Northeast
A cold front progressing through the Northeast today, increasing moisture and temperatures, will lead to the development of thunderstorms along the front. Some storms may become strong to severe due to an upper level trough moving through the region. As a result, strong winds and large hail may develop within the strongest storms.

Thunderstorm Potential across the Central Plains and into the Missouri Valley on Wednesday
An area of low pressure will move northeastward into the Northern Plains and bring the threat for strong to severe thunderstorms on Wednesday. Thunderstorm activity may be ongoing during the morning, which may limit the severe threat later in the day. Once the morning storms clear, southerly winds and daytime heating will destabilize the atmosphere. Thunderstorms should develop during the late afternoon. Strong to severe winds and hail will be the primary hazards.

In addition, heavy to excessive rainfall is forecast across the region. Rainfall amounts of 1-2 inches with locally heavier amounts are expected. Flooding and flash flooding will also be potential hazards. 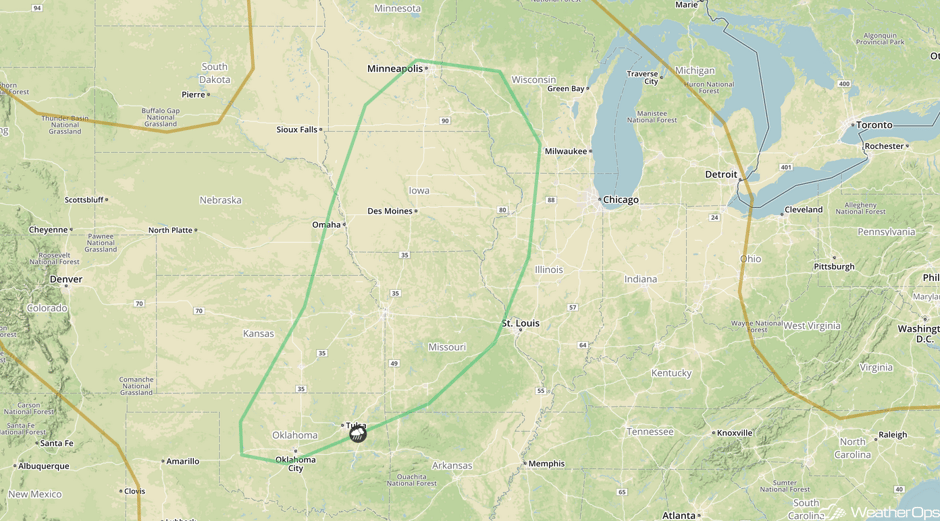 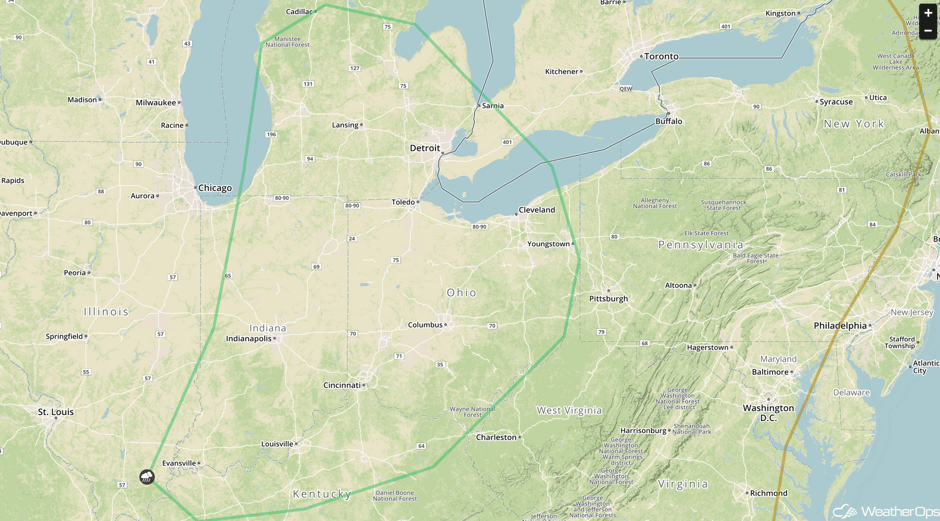 Potential for Thunderstorms across the Southern High Plains on Thursday
A shortwave trough will move across Colorado and Wyoming on Thursday and bring a risk for showers and thunderstorms across the Southern High Plains. A surface disturbance is forecast to develop along the New Mexico and Texas border, providing a source of lift. Warm temperatures and cool mid-level temperatures will allow instability to build. In addition, vertical wind shear will allow for organized development, including a few isolated supercells. Strong to severe wind gusts, large hail, and isolated tornadoes will all be potential hazards.

In addition, heavy rainfall is expected. Rainfall amounts of 0.5-1.0 inch with locally higher amounts are forecast.

Tropical Update
Hurricane Gert (green oval) is moving toward the north-northeast at 10 mph. A gradual turn toward the northeast with an increase in forward speed is expected through the next couple of days. Maximum sustained winds are near 75 mph with higher gusts. Some strengthening is expected over the next day or two.

An elongated area of low pressure (red oval) more than a thousand miles east of the Lesser Antilles is producing disorganized showers and thunderstorms. This system is expected to move westward at 15-20 mph, crossing into the Caribbean Sea on Friday. Environmental conditions appear supportive of tropical cyclone development over the next few days but should become less favorable as it moves into the Caribbean.

A second area of low pressure (blue oval) associated with a tropical wave is also producing disorganized shower and thunderstorm activity a few hundred miles west-southwest of the Cabo Verde Islands. Some development may occur over the next few days as the system moves west-northwestward.