Region 1
Strong to severe thunderstorms will continue throughout the day over portions of South Texas into the Texas Gulf Coast. A large area of ongoing thunderstorms over central Texas this morning and will slowly shift southeastward toward the Texas coast during the day and evening, producing a threat for strong winds. Additional development of thunderstorms may be possible over South Texas during the afternoon. Large hail and damaging winds will be the primary hazards. 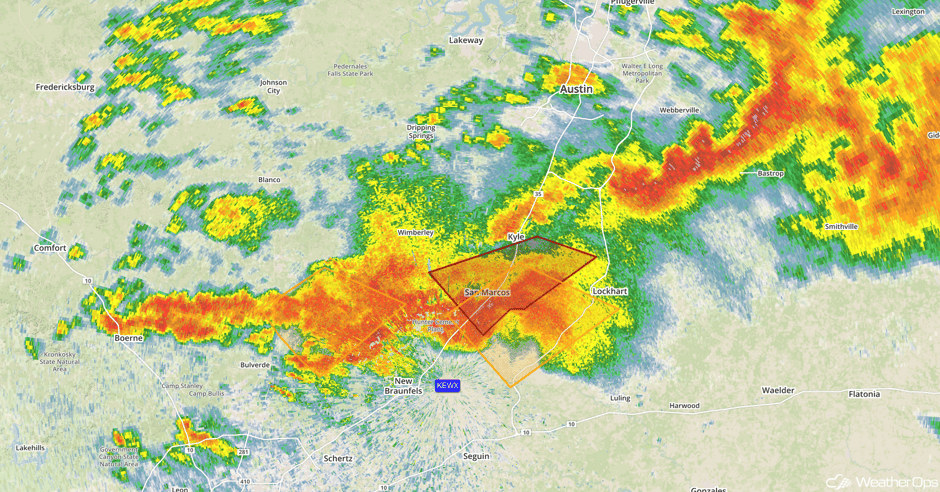 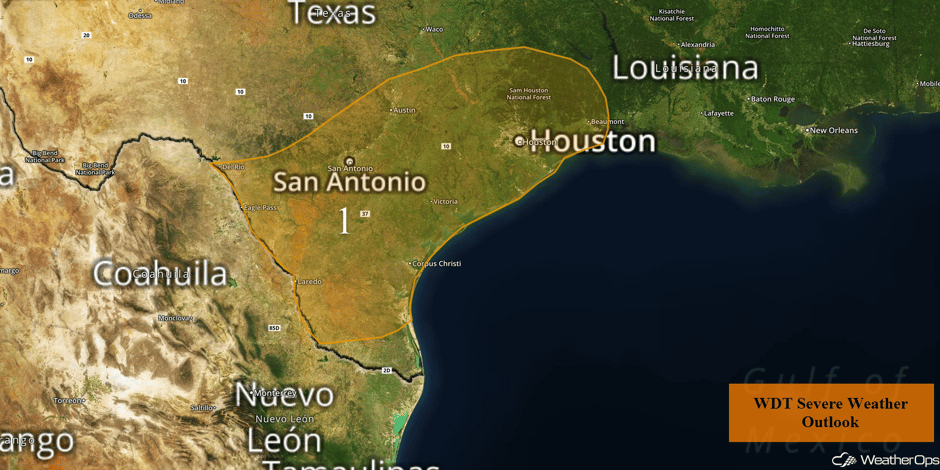 Region 2
Scattered to widespread thunderstorms, some of which may be strong, are expected to develop across Region 2 on Tuesday. A cold front associated with an area of low pressure over Quebec will track through the region today, with thunderstorms developing ahead of the front. Damaging winds will be the primary hazard with any of these storms. The threat should diminish during the early evening.

Potential for Thunderstorms across New Mexico on Tuesday
Southeasterly flow is forecast to develop during the evening which should allow for moisture return to the region. With an upper level trough approaching the region, combined with the southeasterly flow at the surface, some lift will be present resulting in isolated thunderstorms over the region into the evening. Large hail and strong wind gusts will be the primary hazards with these storms. 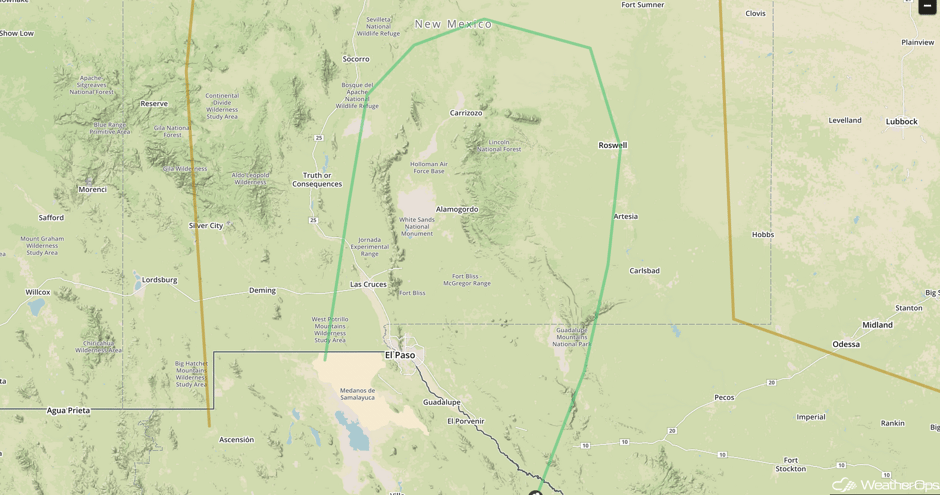 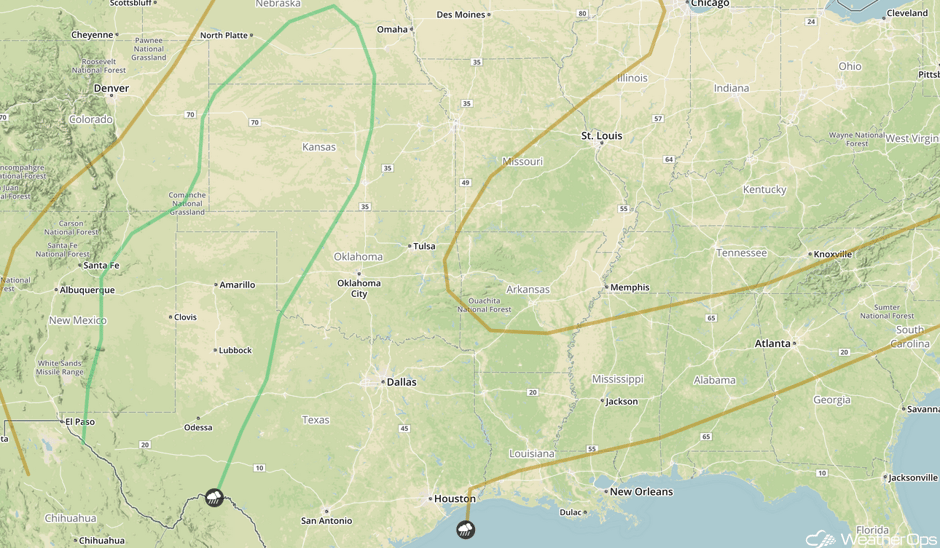 Strong to Severe Thunderstorms Thursday for Portions of New Mexico and West Texas
Southerly winds over the region will bring moisture into the region. This, coupled with increasing temperatures, will increase instability. Aloft, an upper level trough is forecast to pass over the Southern Plains, providing upper level support for the development of strong to severe thunderstorms. Large hail and strong winds will be the primary hazard with any thunderstorms that develop. 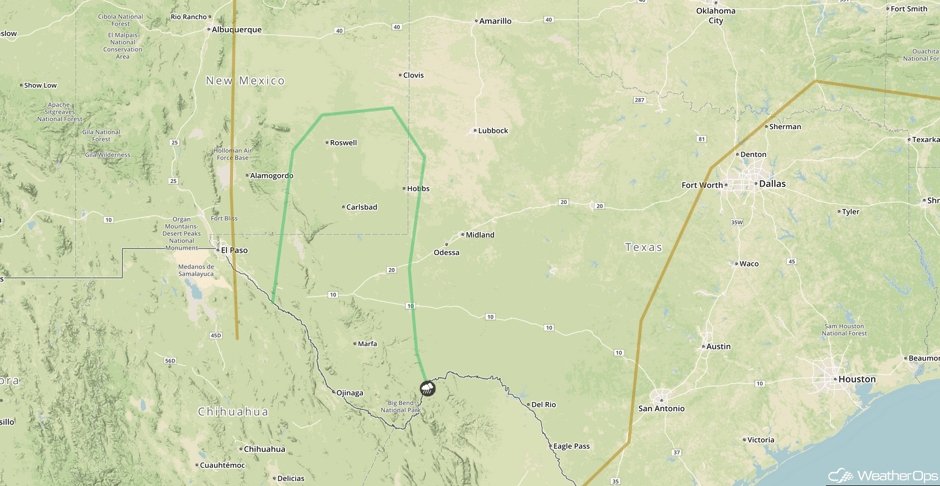 Excessive Rainfall Potential for northwestern Texas and western Oklahoma on Thursday
Ongoing shower and thunderstorm activity from Wednesday is forecast to move over northwestern Texas and western Oklahoma on Thursday, bringing widespread rainfall to the region. As a result, heavy to potentially excessive rainfall will be possible over the region. Rainfall amounts of 0.5-1.0 inch with isolated higher amounts in excess of 2 inches are forecast.

A Look Ahead
An upper level trough moving over the northern Rockies on Friday will provide the upper level support for the development of strong to severe thunderstorms across portions of the Plains. Into Saturday, thunderstorms may develop across northwestern Oklahoma and Kansas as a cold front and dry line move eastward.