An upper level disturbance may allow for the development of thunderstorms across the Sierra Nevadas and Cascades on Thursday.

Thunderstorms for the Sierra Nevadas and Cascades on Thursday
A weak upper level wave over northern California will move northward over the region today. With cooler temperatures aloft, brought in by the trough and warming surface temperatures, instability will build. This instability will allow for the development of thunderstorms. Large hail and damaging winds will be the primary hazards with these storms. Activity should weaken with the loss of daytime heating. 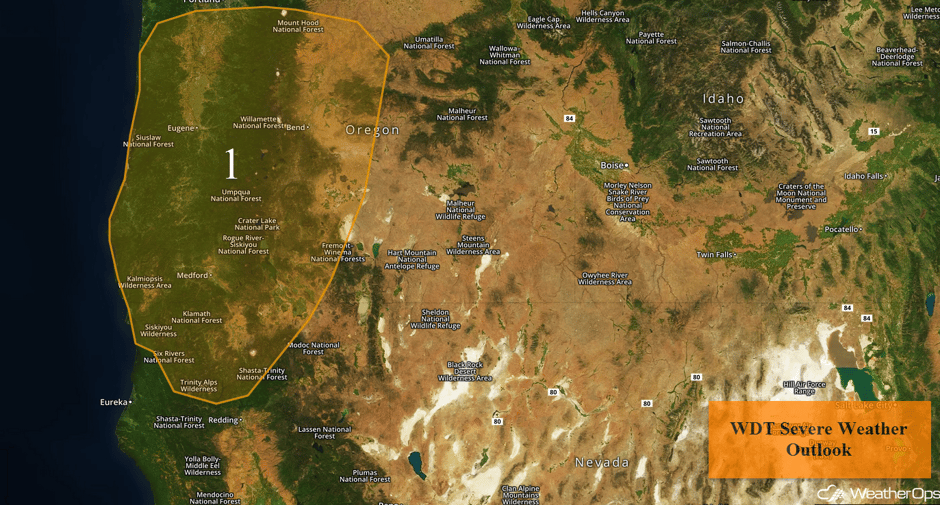 Excessive Rainfall Friday for the Desert Southwest
A large dip in the jet stream across the West Coast will promote strong southerly flow in the low to mid levels of the atmosphere across the Desert Southwest. This southerly fetch will support an increase in moisture originating from the eastern Pacific. Widely scattered showers and thunderstorms are forecast with widespread rainfall totals of 0.25-1.00 inch. A few localized areas that experience slow moving or multiple thunderstorms may receive 1-2 inches, resulting in a risk for excessive rainfall and flash flooding.

Risk for Excessive Rainfall for Central and South Florida on Saturday
An expanding wind field associated with Hurricane Irma is forecast to result in tropical storm conditions across much of central and southern Florida on Saturday. Isolated bands of heavy squalls are likely to spiral inland from east to west. Each of these bands will have the potential to produce strong winds and heavy rain. Rainfall amounts of 3-5 inches with isolated higher amounts in excess of 6 inches are forecast. Flash flooding will also be a concern in these areas. 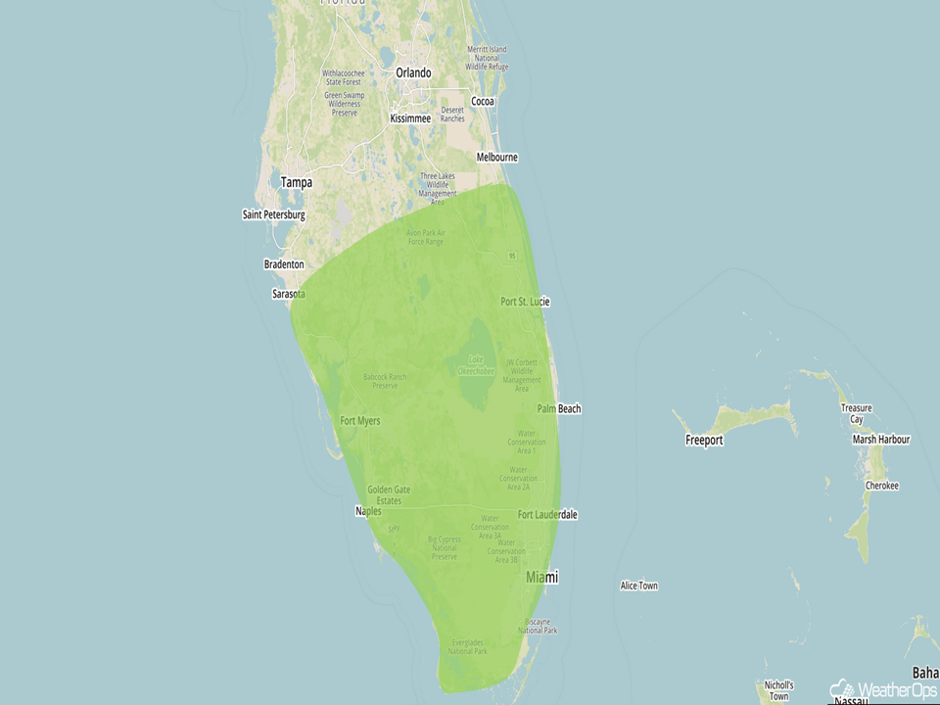 Continued Excessive Rainfall Risk Saturday for the Desert Southwest
A large dip in the jet stream will struggle to advance beyond the southern California coast on Saturday. Therefore, a continued fetch of southerly winds and low level moisture will remain present over portions of southern California, western Arizona, Southern Nevada, and southwest Utah. The threat of widely scattered storms containing heavy rainfall will be the highest during the afternoon. Rainfall amounts of 1-2 inches will lead to flash flooding.

Tropical Update
Hurricane Irma (red oval) is 110 miles north of the Dominican Republic and is moving west-northwestward at 17 mph. This general motion is expected to continue with some decrease in forward speed over the next few days. On the forecast track, the eye of Irma should continue to move just north of the coast of Hispaniola later today, near the Turks and Caicos as well as the Southern Bahamas by tonight. Irma should reach the Central Bahamas on Friday. Maximum sustained winds are near 180 mph with higher gusts. Some fluctuations in intensity are expected, but Irma is expected to remain a category 4 or 5 hurricane during the next couple of days.

Hurricane Jose (blue oval) is about 715 miles east of the Lesser Antilles and moving west-northwestward at 18 mph. This general motion is expected to continue over the next few days with a slight decrease in forward speed. Maximum sustained winds are near 90 mph with higher gusts. Strengthening is expected during the next 48 hours and Jose is expected to become a major hurricane on Friday.

Hurricane Katia (green oval) is nearly stationary and little motion is expected today. By late Friday, Katia is forecast to move southwestward and approach the coast of Mexico. Maximum sustained winds are near 80 mph with higher gusts. Some strengthening is expected during the next 36 hours and could become a major hurricane prior to landfall. 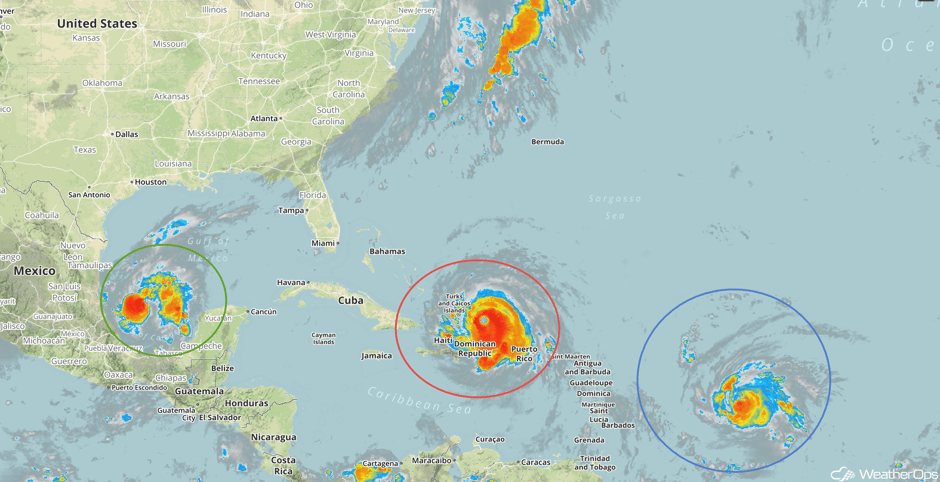 A Look Ahead
Hurricane Irma will make a direct impact or move along the east coast of Florida on Sunday. While there is still some uncertainty, heavy rainfall and flash flooding are expected across Florida. By Monday, Irma will impact northeast Florida, southeast Georgia, and the Carolina coast. Several inches of rain and flooding are also expected. Confidence Tuesday and beyond is below average due to uncertainties involving Irma. However, the general idea is that a weakening Irma will be positioned inland across the eastern US. An upper level trough is set to dig into the central and southeastern US and should pull Irma northward or northwestward. Rainfall totals of 5-9 inches with locally higher amounts in excess of 12 inches will be possible. As a result, there will be a potential flash flooding in some areas.