Scattered thunderstorms will continue throughout the day on Thursday across the Ohio Valley and Mid Atlantic as an upper level low remains situated over the Ohio Valley. In addition, heavy rain is likely from portions of Ohio to the Delmarva peninsula  Thunderstorms are expected to develop across portions of Arizona as an upper level trough moves across the region. On Friday, thunderstorms will be possible across from Ohio to North Carolina as the low over the Ohio Valley persists. Excessive rainfall will be likely in association with the upper level low from the Midwest into the Northeast. This rainfall will continue into Saturday along the coastal areas of the Northeast. 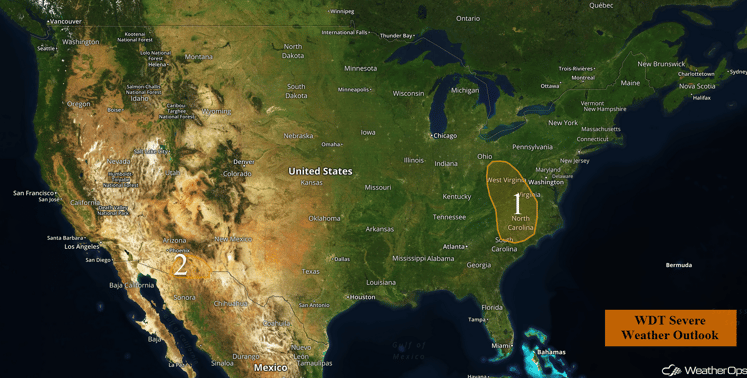 A warm front will lift north through the Carolinas and into Virginia this afternoon. Warm temperatures and plentiful moisture will allow instability to build to the south of the front. Combined with strong wind shear, some of the thunderstorms that develop are likely to become severe. A few storms will have the potential to become supercellular with hail, damaging winds, and tornadoes possible. The most likely time for severe weather will be during the late afternoon and evening hours. 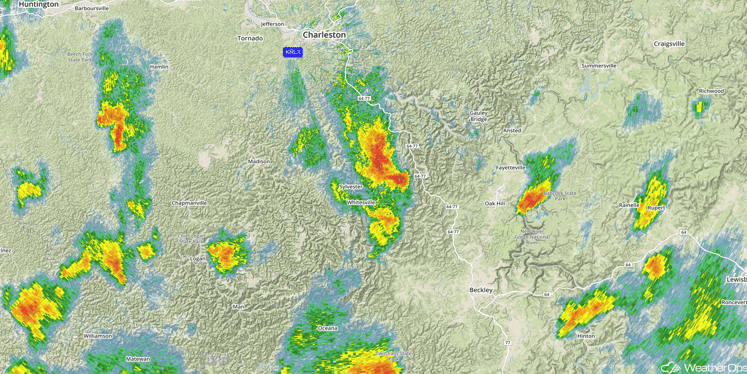 An upper level low over coastal California will provide lift needed to initiate thunderstorm development over southern Arizona later today. Modest instability and deep moisture in place over the region may allow for a few thunderstorms to become strong, with wind gusts in excess of 50 mph expected to be the primary hazard. Thunderstorms that remain below severe limits will be capable of producing frequent lightning and heavy downpours. The most likely time for severe weather will be from the mid-afternoon through the evening hours.

Excessive Rainfall Possible Thursday from Ohio to the Delmarva Peninsula

In addition to the potential for thunderstorms across the Ohio Valley and Mid Atlantic, there will be a threat for excessive rainfall. Rainfall amounts of 1-2 inches with locally higher amounts in excess of 3 inches will be possible, especially across the higher terrain of the Central Appalachians. This will pose an elevated risk for flooding and local runoff through Friday morning. 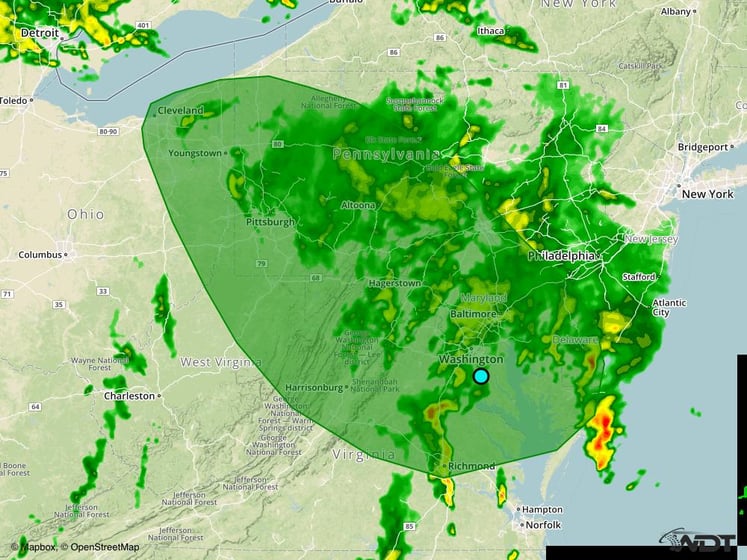 A low threat for severe weather will continue into Friday from Ohio to North Carolina as a low continues to stall over the Ohio Valley. A line of strong to marginally severe thunderstorms will be possible from Ohio into North Carolina by early afternoon. While significant severe impacts are not expected, a few storms could produce isolated severe wind gusts. 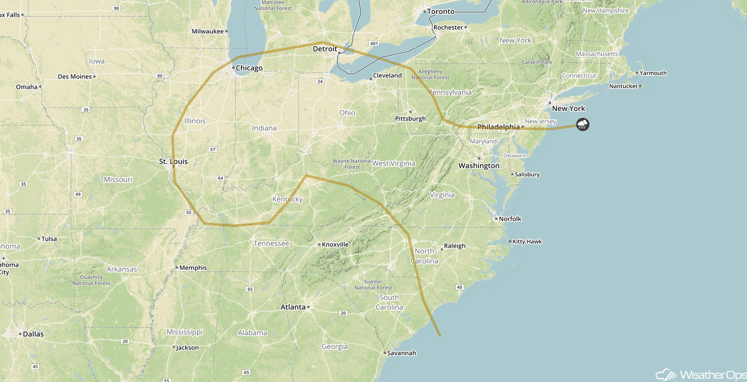 Excessive Rainfall Possible from the Midwest into the Northeast on Friday

Excessive rainfall will remain possible on Friday, though rainfall amounts will be less. Scattered showers will overspread much of the region in association with an area of low pressure. Rainfall amounts of 1-1.50 inches, with locally higher amounts in excess of 2 inches possible. 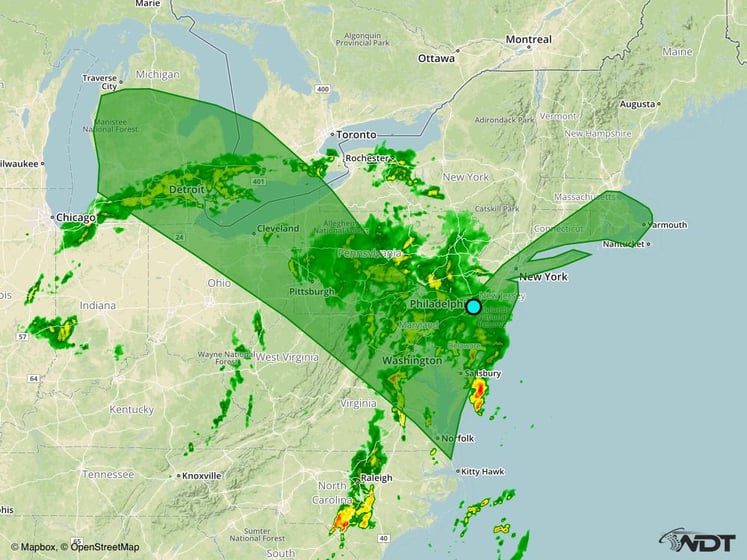 Excessive Rainfall Possible along the Northeast Coast on Saturday

By Saturday, the upper level low will begin to slowly move into the Northeast. Showers and thunderstorms will remain possible from the Great Lakes into Lower New England. The heaviest rainfall totals are expected along the coastal regions where local amounts could approach 2 inches through early Sunday morning. This may lead to a small risk for flooding and local runoff. 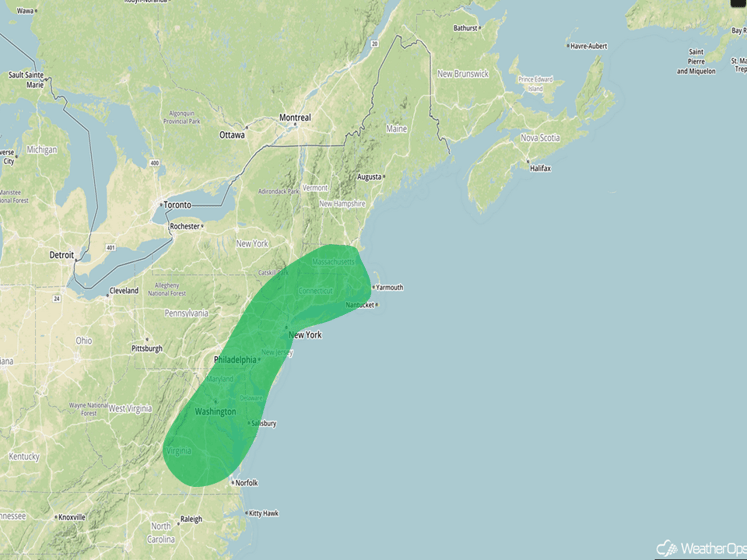 An area of low pressure will develop in the lee of the Rockies early next week, allowing for the potential for strong to severe thunderstorms across portions of the Plains on Tuesday and Wednesday.