Severe thunderstorms and excessive rainfall will be possible across portions of the Northern and Central Plains on Thursday ahead of a large upper level trough. There will be a threat for excessive rainfall across portions of the Central and Southern Plains on Friday as a cold front approaches the region. As this cold front continues to progress eastward, thunderstorms will be possible across the Midwest on Saturday.

An advancing upper level low over the Intermountain West region is already making its way into the Central and Northern Plains this morning, An attendant surface low over North Dakota and trailing cold front will support thunderstorm activity over a large portion of the country during the day. Currently, a complex of showers and thunderstorms is moving through South Dakota and Nebraska. This activity should gradually subside by late morning with only a small threat for severe wind before noon. However, strong to severe thunderstorms are expected to re-develop during the afternoon hours across the Northern Plains and Upper Midwest regions. A threat for severe wind and large hail will exist with the stronger storms. A few tornadoes will also be possible, primarily across the northern half of the outlook area from southern Minnesota into northern Kansas. Storm coverage will likely expand eastward after dark with a lingering threat for severe wind before midnight. A lesser threat for severe weather is forecast to stretch southwestward along the cold front, from Kansas into New Mexico. Severe wind and isolated hail should be the primary hazards with the southern storm activity.

In addition to the severe weather threat, there will be a threat for excessive rainfall. Rainfall accumulations of 1-3 inches with locally higher amounts in excess of 4 inches will be possible for portions of South Dakota and Nebraska. 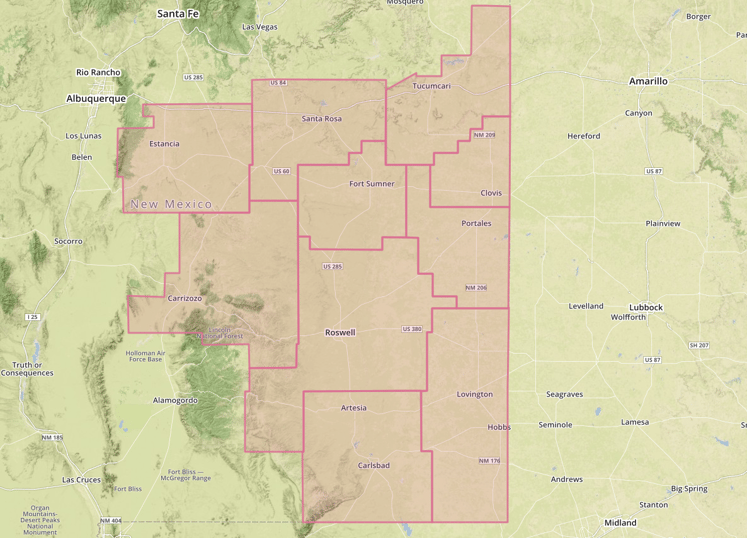 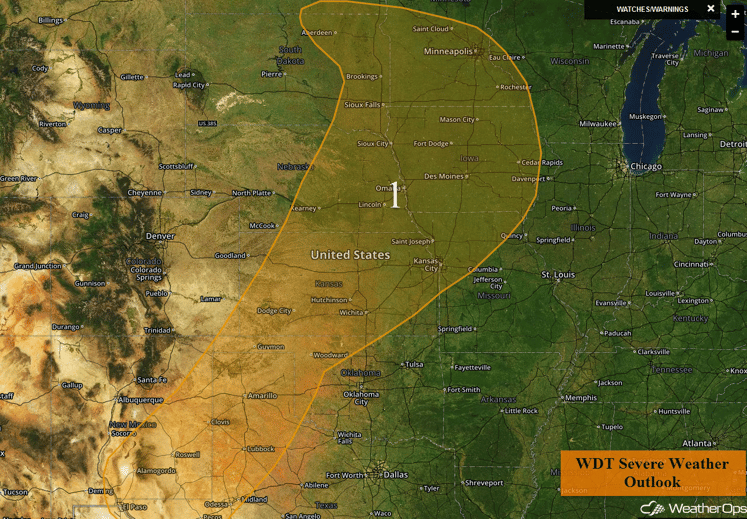 There will be a chance for excessive rainfall across portions of Kansas and Oklahoma on Friday as a cold front approaches the region. The front will be a focus for shower and thunderstorm development for much of the day into the overnight hours. There will be a potential for local areas of flash flooding within heavy thunderstorms. Possible total rainfall for the time period will be 1-2 inches with locally higher amounts in excess of 3 inches possible within the heavier storms, some of which may become strong to severe. 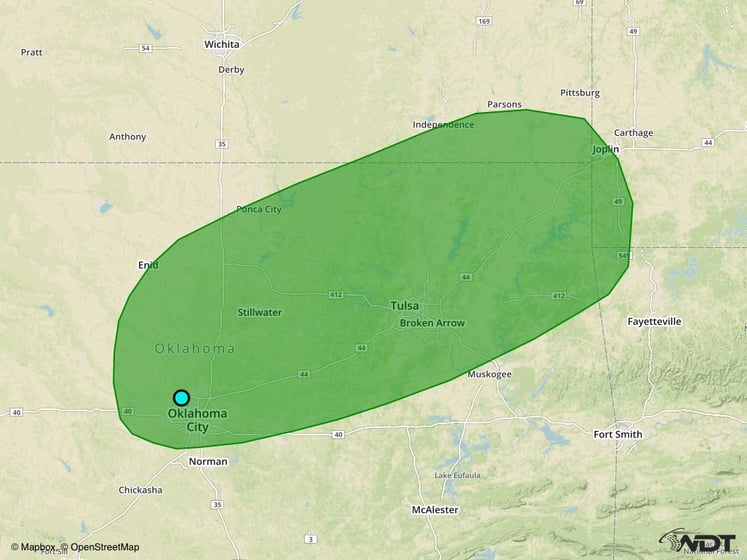 Strong to Severe Thunderstorms Possible Saturday across Portions of the Midwest

There will be a marginal risk for strong to severe thunderstorms across portions of the Ohio and Mid Mississippi Valleys on Saturday ahead of a slow moving cold front. Activity will be isolated to scattered, but conditions will not be overly favorable for severe thunderstorms. Damaging winds will be the primary hazards with these storms. 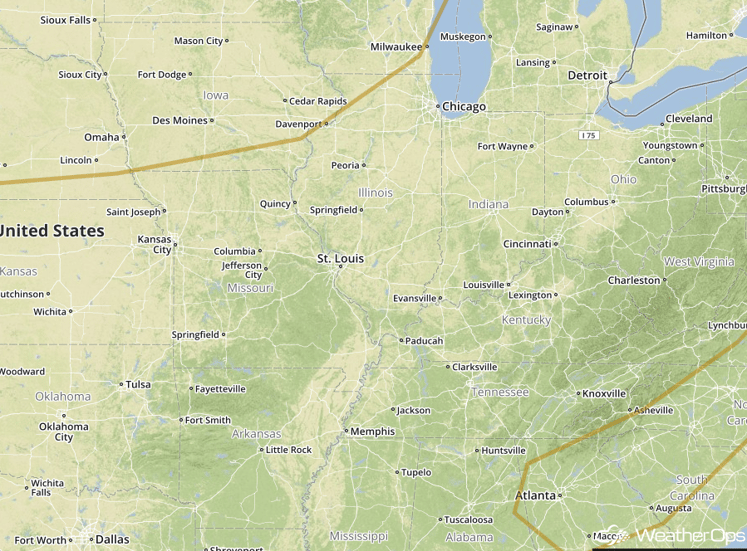 Tropical Storm Ian (yellow oval) is continuing to move toward the northeast and this motion is expected to continue over the next 24-36 hours. Maximum sustained winds are at 50 mph with higher gusts. Some strengthening is forecast during the next 36 hours before weakening late Friday.

An area of cloudiness over the northwestern Gulf of Mexico (red oval) is associated with a broad area of low pressure. Environmental conditions are not conducive for significant development of this system while it moves westward or northwestward toward the Texas coast during the next day or two. 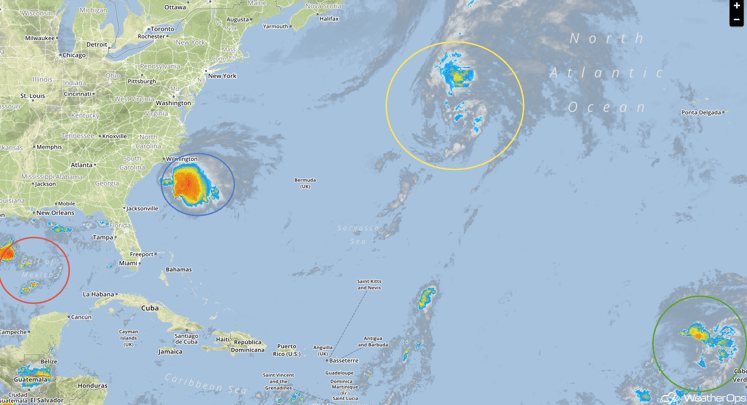 Going into Sunday, thunderstorms will be possible across New England as a cold front pushes through the region. If thunderstorms are able to develop, damaging winds will be the primary hazard. Next week, an upper level system could move into the Pacific Northwest and could bring a wide range of weather from severe weather in the Plains to snowfall in the Rockies. The evolution of this system will need to be monitored over the next several days.