As Tropical Storm Michael continues to move northeastward on Thursday, thunderstorms are expected across the Mid Atlantic. In addition, the threat for excessive rainfall will continue from the Southeast into the Mid Atlantic.

Thunderstorms for the Mid Atlantic on Thursday
As Tropical Storm Michael continues to move northeastward across coastal South Carolina into the Mid Atlantic, there will be a potential for high winds and tornadoes. Any tornadoes that develop should be short lived. 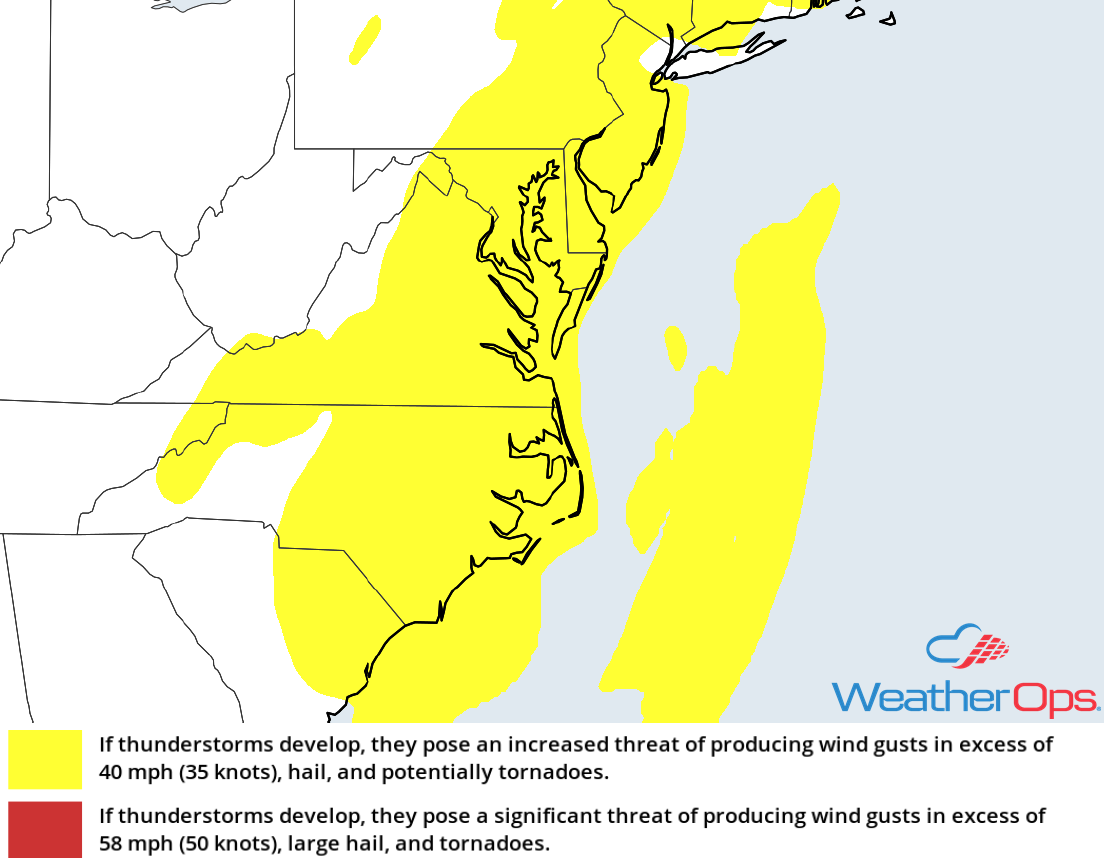 Excessive Rainfall Thursday from the Southeast into the Mid Atlantic
A high threat for flash flooding will continue across the Southeast and Mid Atlantic on Thursday as Tropical Storm Michael moves through the region. Rainfall amounts of 2-4 inches with locally higher amounts in excess of 6 inches are expected. 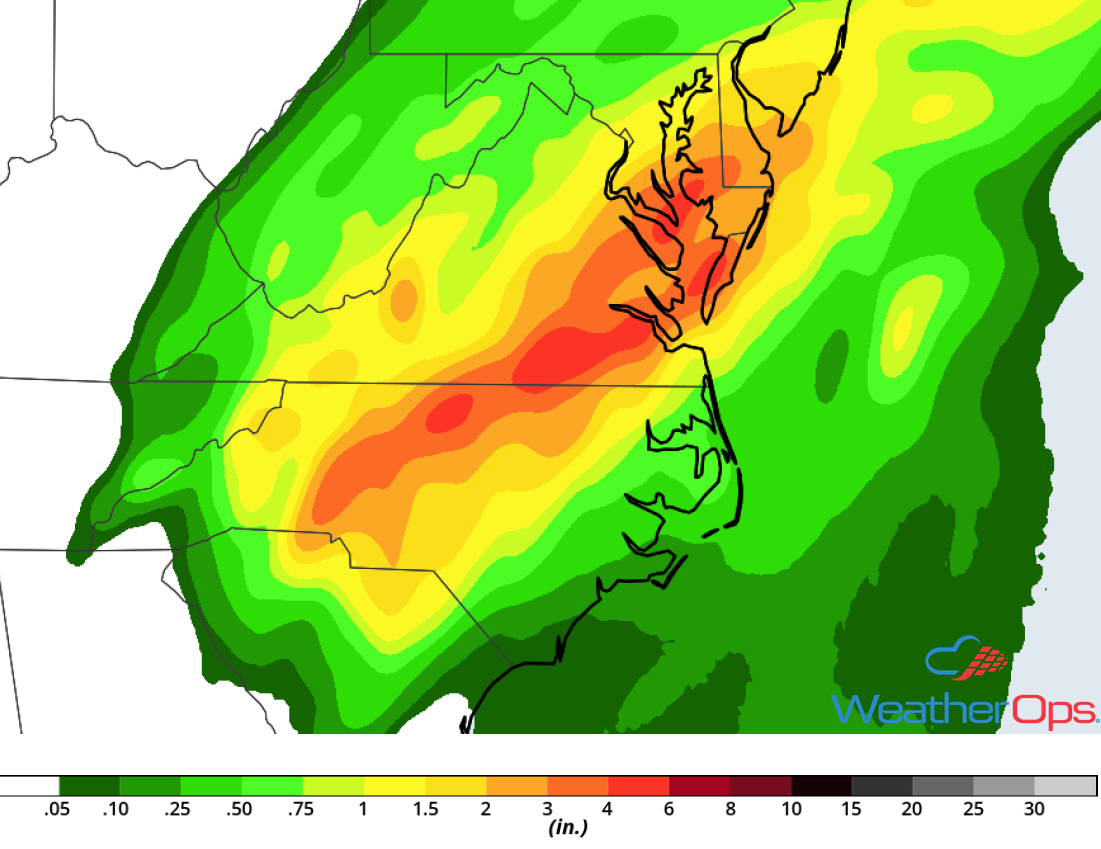 Potential for Thunderstorms across Southwest Texas Friday and Saturday
Severe thunderstorms may develop over the Big Bend and Rio Grande regions Friday into Saturday. The remnants of Sergio will bring a significant increase in moisture to the region. Thunderstorms are forecast to develop each day along a stalled frontal boundary that will remain in place. Thunderstorms will increase in coverage through the evening hours each night. Primary hazards will be isolated large hail and tornadoes during the afternoon and damaging winds during the evening.

Risk for Excessive Rainfall Saturday across the Southern Plains
Another period of heavy rain is expected to move into the Southern Plains on Saturday and will produce a risk for flash flooding. A southward moving cold front will interact with the remnants of Sergio, producing heavy rain. Rainfall accumulations of 1-2 inches with locally higher amounts in excess of 3 inches are expected within the heaviest storms. Due to recent heavy rain, this will likely lead to flash flooding. 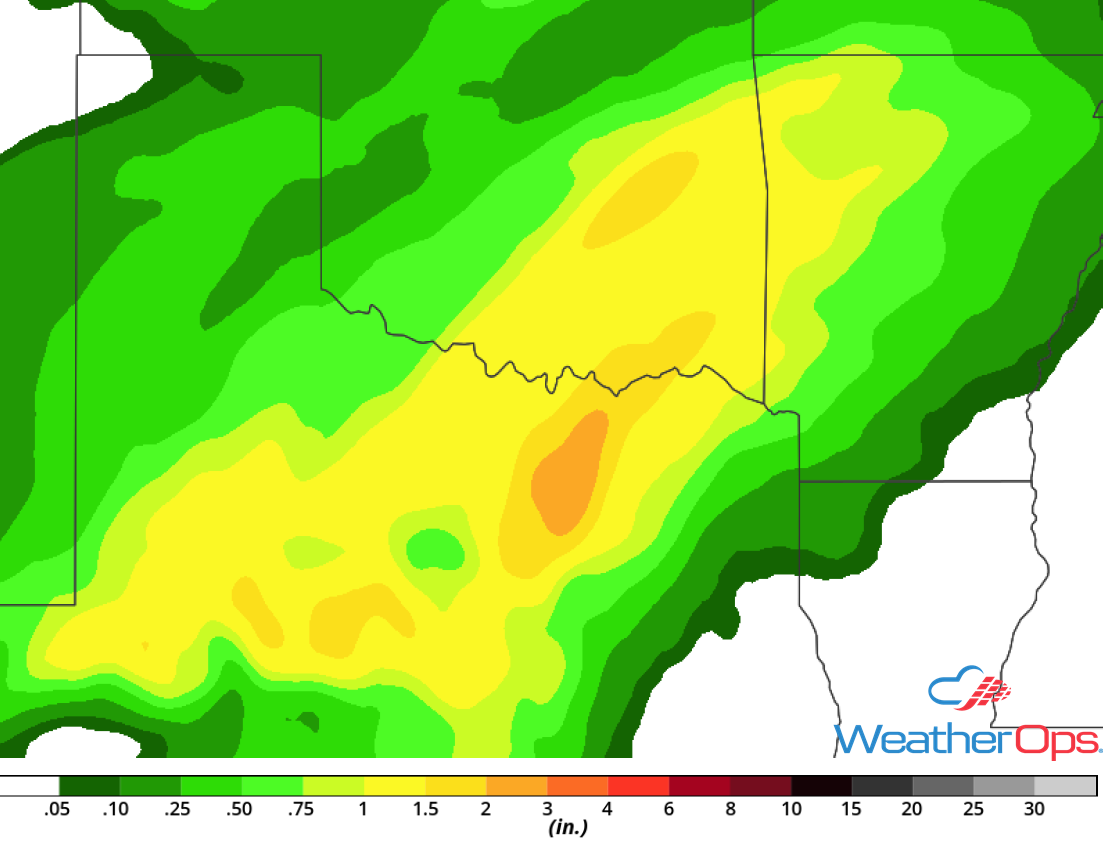 Tropical Update
Tropical Storm Michael (green oval) is 35 miles south-southeast of Charlotte, North Carolina and is moving northeastward at 23 mph. This motion is expected to continue through tonight with an increase in forward speed. A turn toward the east-northeast at an even faster forward speed is expected Friday into Saturday. On the forecast track, the center of Michael will continue to move across central and eastern North Carolina today, southeastern Virginia during the evening, and into the Atlantic Ocean tonight. Maximum sustained winds are at 50 mph with higher gusts. Little change in strength is expected today with the strongest winds expected along the coast of the Carolinas. Michael is forecast to intensify as it becomes a post-tropical low over the Atlantic late tonight.

Hurricane Leslie (red oval) is 895 miles southwest of the Azores and is moving east-northeastward at 16 mph. This general motion is expected to continue with some increase in forward speed by late Saturday. Maximum sustained winds are at 80 mph with higher gusts. Little change in strength is expected during the next 48 hours, but weakening is expected over the weekend.

Tropical Storm Nadine (blue oval) is 645 miles west of the southernmost Cabo Verde Islands and is moving northwestward at 8 mph. A turn toward the west-northwest is expected later today followed by a turn toward the west over the weekend. Maximum sustained winds are at 60 mph with higher gusts. Some weakening is forecast during the next 48 hours and Nadine is expected to degenerate into an upper level trough over the weekend.