National Weather Summary for Thursday, May 25, 2017

A cold front will be the focus for the development of thunderstorms across portions of the High Plains on Thursday. A few storms may develop across the Mid Atlantic Thursday as an upper level low lingers over the region.

Thunderstorm Potential Thursday for the Mid Atlantic
As an area of low pressure lifts into the Northeast, a few thunderstorms that develop during the morning and early afternoon across Region 2 will have the potential for large hail, damaging winds, and tornadoes. The strongest wind shear will be across the Delmarva Peninsula where a few thunderstorms could become severe. Activity should weaken and lift out of the region during the late afternoon and into the evening. 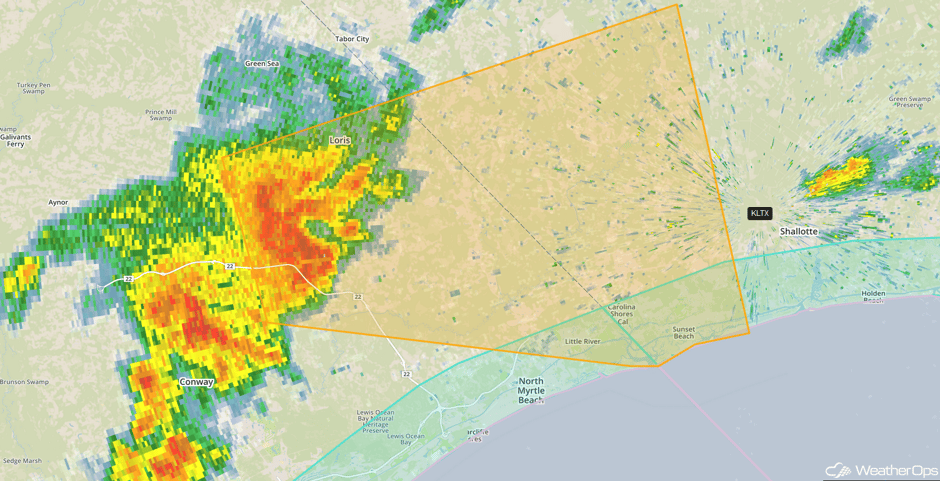 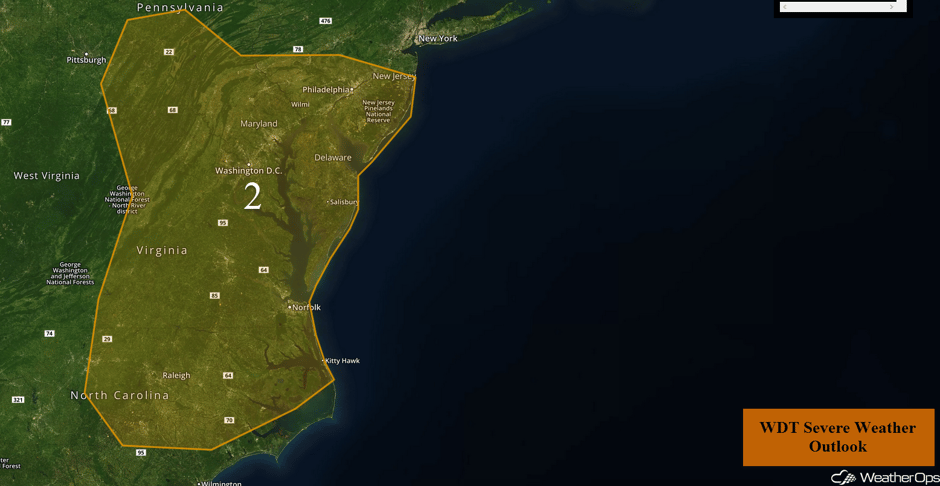 Thunderstorms for Portions of Florida on Thursday
A moist environment supportive of isolated rotating storms with damaging winds or a brief tornado/waterspout will be possible this morning into the early afternoon across southern Florida. Into the afternoon, however, the environment should begin to stabilize, causing any thunderstorms to weaken.

Risk for Thunderstorms across the Central Plains Friday
The threat for showers and thunderstorms across the High Plains will continue on Friday as an area of low pressure remains nearly stationary over the Central Rockies. Thunderstorms will likely develop during the afternoon and evening initially over the higher terrain, before spreading into Kansas and Nebraska after dark. Hail and damaging winds will be the primary hazards. 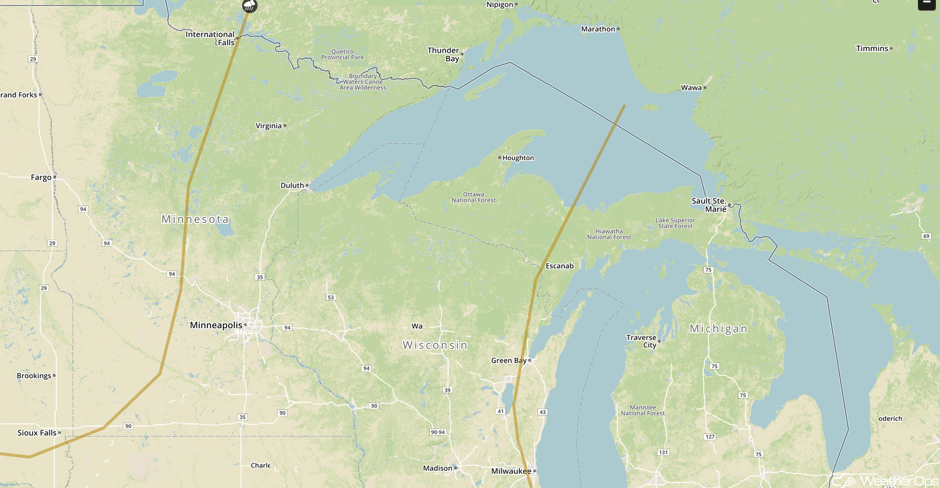 Severe Thunderstorms Expected from Eastern Oklahoma into the Missouri Valley on Saturday
By the weekend, a more substantial severe weather threat is forecast from the Southern Plains into the Missouri Valley. Moderate to extreme instability is forecast as moisture moves northward. Timing and placement of an upper level low appears to have pushed the threat eastward. Storms will likely develop across Northern Missouri first before expanding southward through the evening hours. Storms will quickly become severe with strong winds and large hail the primary hazards, but a few tornadoes cannot be ruled out. Activity is forecast to spread south and east into Illinois and portions of southeast Kansas after dark with the threat transitioning into more of a damaging wind threat. A more conditional threat will exist across portions of Oklahoma. If storms develop, possibly by or just after dark, they will quickly become severe with a threat for very large hail, damaging winds, and tornadoes. Storms would then expand or move eastward into parts of Arkansas after dark with a continued threat for severe impacts. 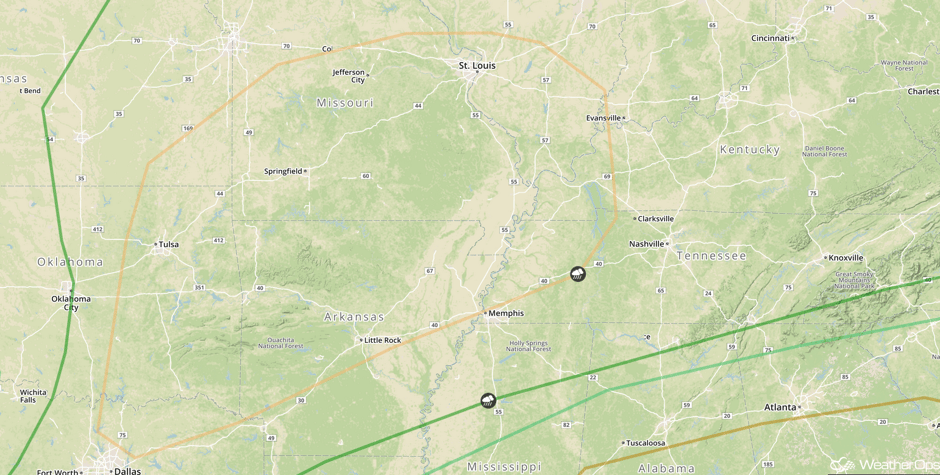 Strong to Severe Thunderstorms from Southern Plains to Mid Atlantic on Saturday
The weather pattern on Saturday will consist of a surface low over Oklahoma. Extending to the south will be a dryline, which should extend southward to the Rio Grande. Extending eastward from the surface low is a stationary front draped over the Midwest. Showers and thunderstorms will be possible across the region. The primary hazards with any thunderstorms that develop will be large hail and damaging winds, but an isolated tornado or two cannot be ruled out. 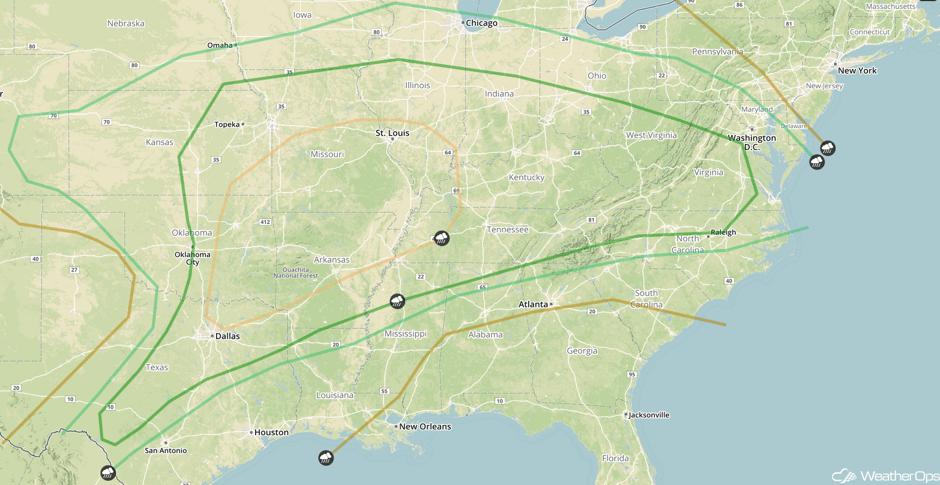 Excessive Rainfall Potential Saturday from Oklahoma into Ohio Valley
Moisture will be plentiful along a stationary front draped from Eastern Oklahoma into the Central Appalachians on Saturday. Numerous showers and thunderstorms will be possible along the boundary with rainfall amounts of 1-2 inches with locally higher amounts across the region. Due to recent rainfall, there will be the potential for flooding and local runoff. 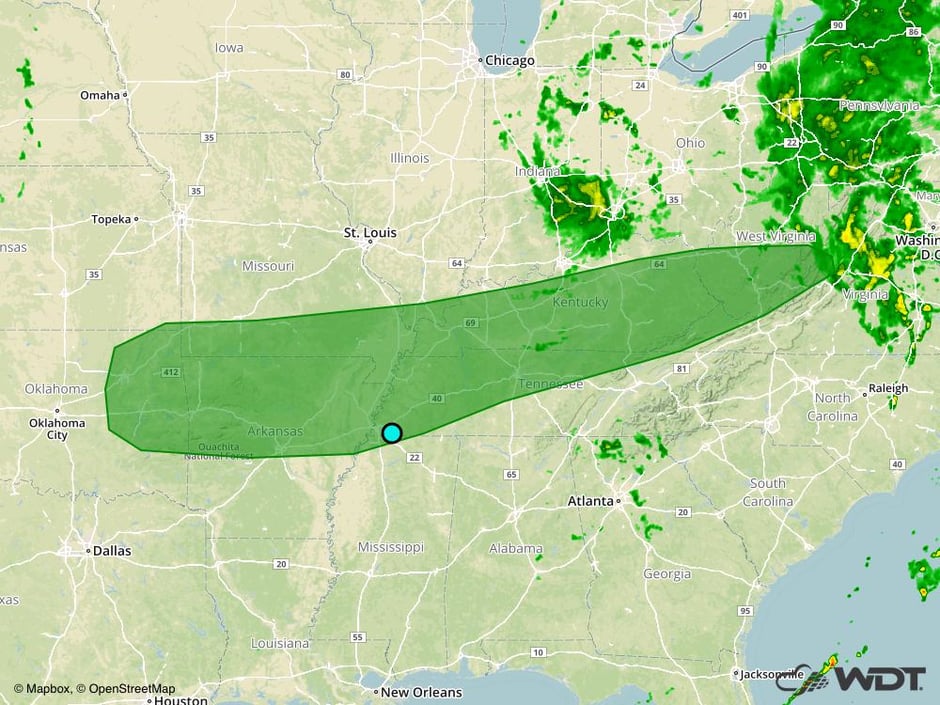 A Look Ahead
A cold front will continue to progress southeastward on Sunday. This front will provide a focus for the development of thunderstorms from the Southern Plains into the Ohio Valley.  By Monday, the risk for thunderstorms will shift eastward from the Lower Mississippi Valley into the Mid Atlantic.