National Weather Summary for Thursday, May 10, 2018

Thunderstorms may develop across the Plains on Thursday as an upper level trough approaches the region. A cold front extending from New York into the Central Appalachians will be the focus for the development of thunderstorms from the Northeast southward into the Carolinas.

Thunderstorms across the Plains on Thursday
An approaching upper level trough will slowly shift into the western US on Thursday with an area of low pressure forecast to develop over the Colorado Front Range. Meanwhile, a stalled front should stretch from Nebraska into the Great Lakes. With increasing moisture, instability should be sufficient for the development of thunderstorms from the Front Range of Colorado into Nebraska. Large hail and severe winds will be the main threats with storms during the afternoon and evening. Isolated severe thunderstorms may develop along a dryline from western Kansas into the Oklahoma and Texas Panhandles with the same hazards. 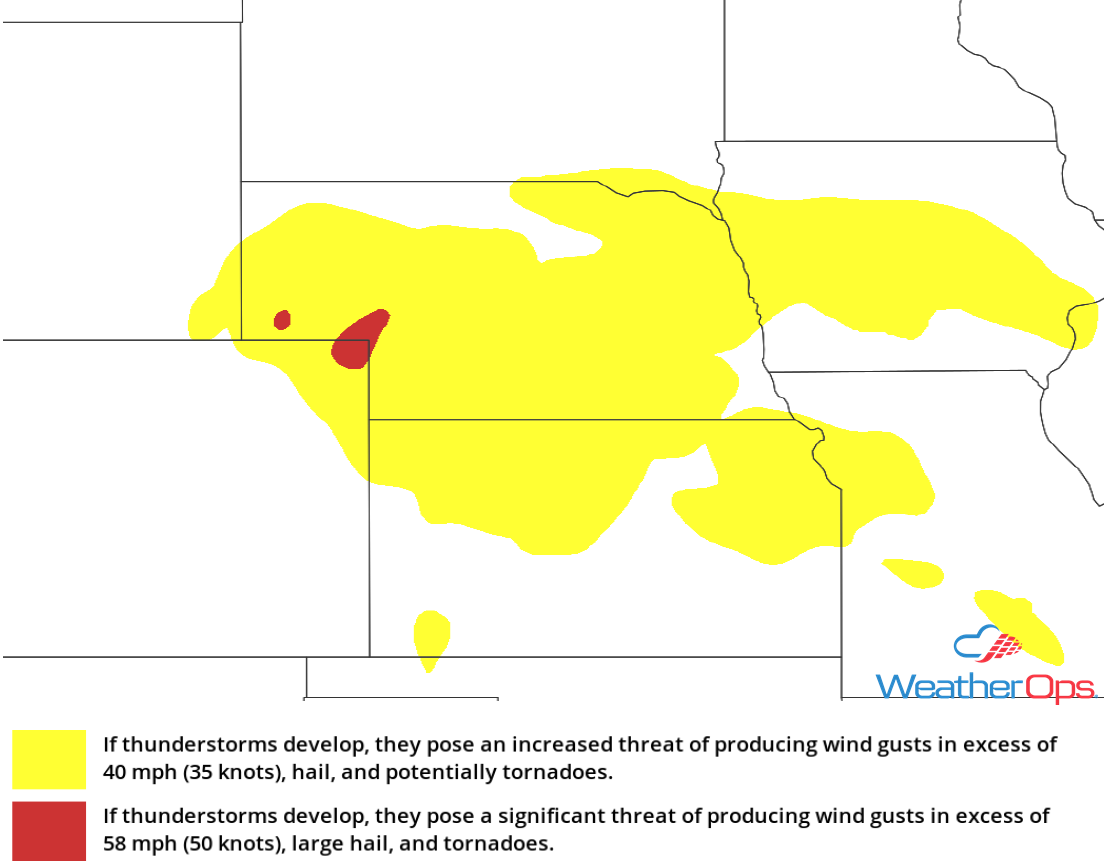 Risk for Thunderstorms Thursday from New York to the Central Appalachians
A strong upper level low moving across eastern Canada will bring a cold front through the eastern US on Thursday. Plenty of instability and wind shear will be in place ahead of the cold front for ongoing showers and thunderstorms to redevelop or re-intensify during the afternoon. Severe winds will be the primary hazard from New York to North Carolina, but there will be an isolated threat for large hail and tornadoes. The threat should diminish after dark.

Thunderstorm Potential for the Central Plains and Missouri Valley on Friday
An area of low pressure and stalled front will not move much into Friday. With sufficient wind shear and instability in place, a few severe thunderstorms may develop during the late afternoon and evening. There is some uncertainty in the instability and storm coverage, however, at least a few isolated thunderstorms are likely. Large hail and severe winds will be the primary hazards with any storms. A few isolated tornadoes cannot be ruled out.

Excessive Rainfall Saturday for Northern Portions of Illinois and Indiana
Periods of showers and thunderstorm activity are forecast on Saturday. While significant rainfall amounts are not expected, the ground should be already saturated from Friday's rainfall. Additional rainfall amounts will be around an inch for northern portions of Illinois and Indiana. Given the rainfall from Friday, there will be a risk for flooding and local runoff through early Sunday morning. 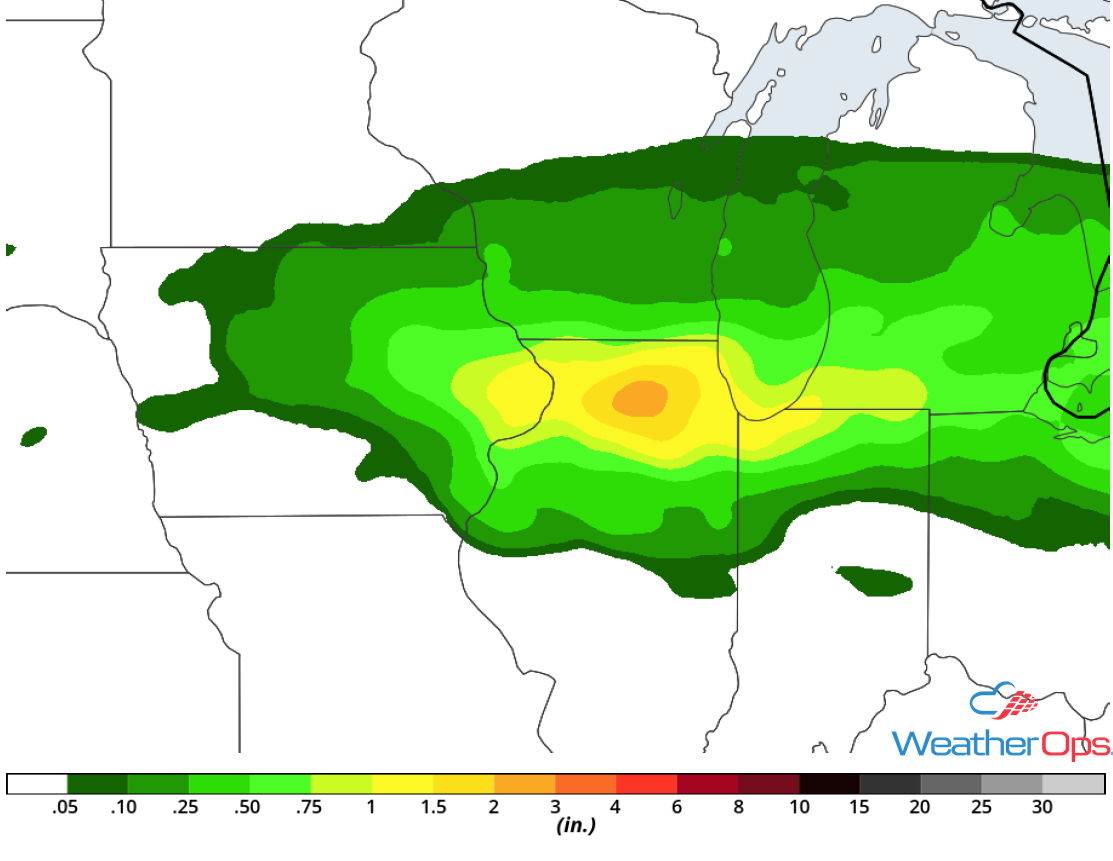