Region 1
An area of low pressure will track northeastward through the Ohio Valley, while the attendant cold front drapes all the way into the Gulf of Mexico. Limited heating and destabilization is expected due to ongoing showers and cloud cover, but enough should occur to allow for new development of thunderstorms. Clusters and lines of thunderstorms should begin to develop by midday, with large hail and damaging winds the main hazards. A few tornadoes cannot be ruled out. Activity will continue into the evening with thunderstorms weakening overnight.

Update 12:41pm CDT: Severe Thunderstorm Watch in effect for portions of Illinois, Kentucky, and Missouri. Large hail to 2 inches, damaging winds to 70 mph, and an isolated tornado or two will be the primary hazards 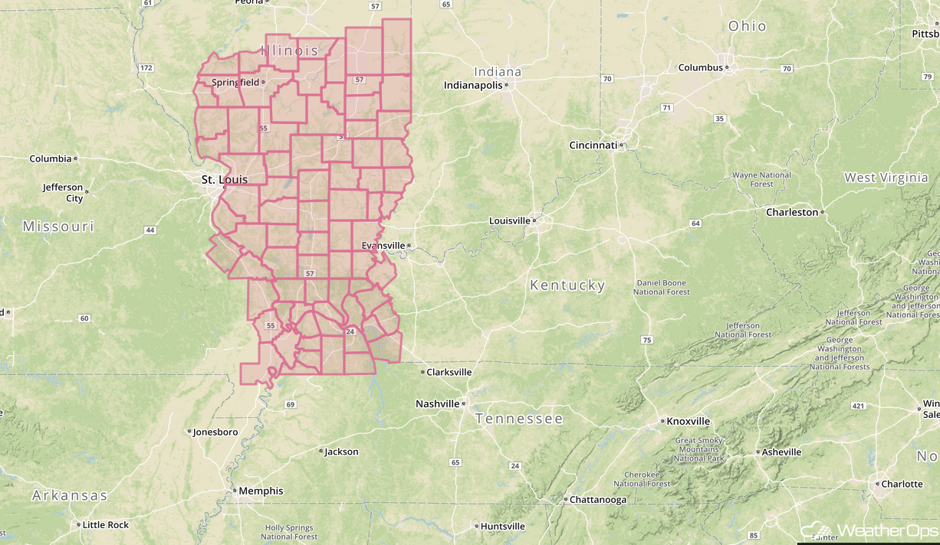 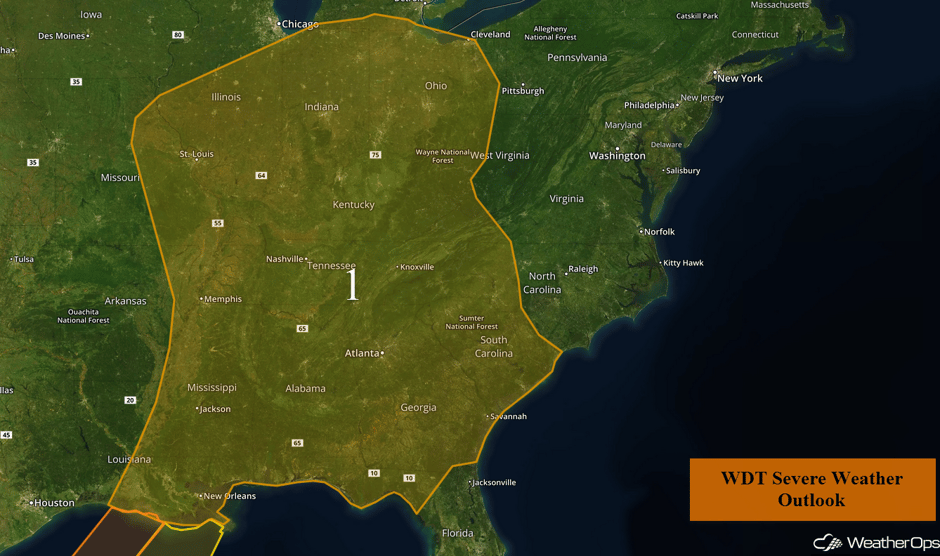 Region 2
A cold front is moving southeastward across the Gulf of Mexico. Winds ahead of the front will be southwesterly at 10-15 knots. Behind the front, winds will be northwesterly at 20-25 knots with gusts in excess of 35 knots. Thunderstorms will continue ahead of the front through the early afternoon. Wind gusts in excess of 50 knots, waterspouts, hail, lightning, and heavy rain will all be possible with these storms.

Excessive Rainfall Possible for the Ohio and Tennessee Valleys on Thursday
Widespread precipitation from the Ohio Valley southward into the southern states will promote a threat for excessive rainfall on Thursday. Rainfall amounts of 1-3 inches with locally higher amounts in excess of 4 inches are expected. Although rain will be moving in from the west during the day, the rain will be heaviest during the afternoon and evening. 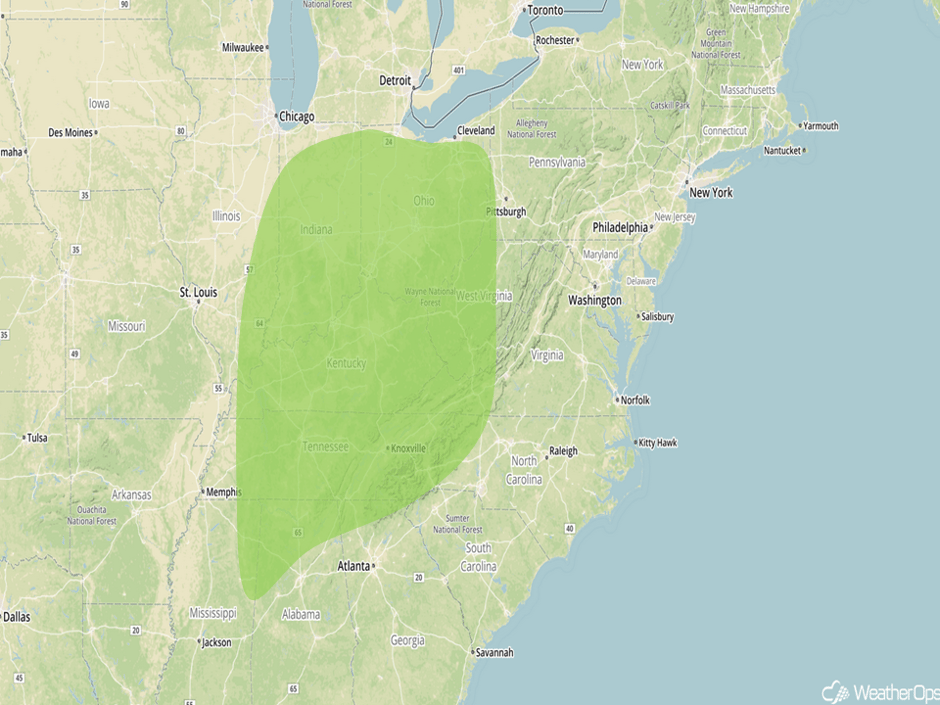 Strong to Severe Thunderstorms Possible for Mid Atlantic on Friday
The threat for severe weather is forecast to continue into Friday as an upper level trough continues to push into the northeast. The focus for severe thunderstorm development will be focused over the Mid Atlantic where numerous showers and thunderstorms may be ongoing during the morning. By mid to late afternoon, some of these thunderstorms could become severe with severe winds and large hail. 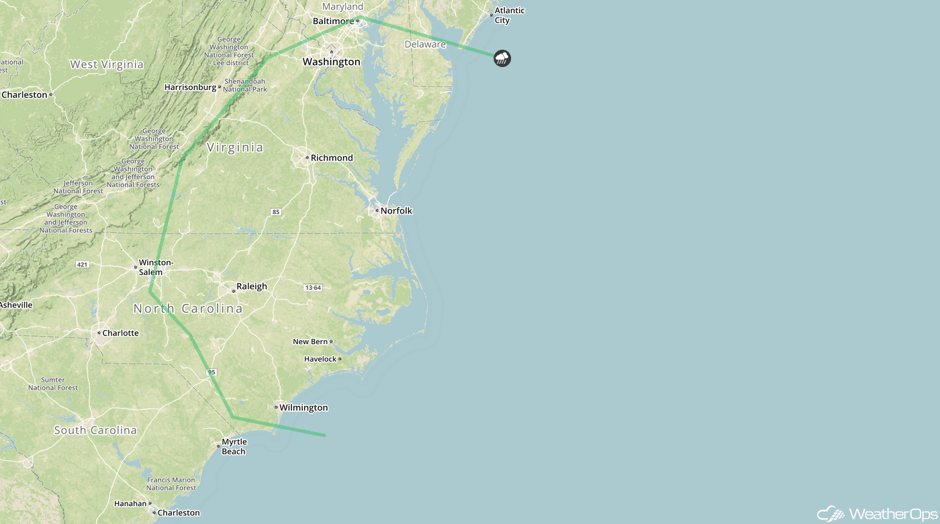 Strong to Severe Thunderstorms Possible for Portions of Southern High Plains on Friday
Isolated severe thunderstorms may develop across portions of the Southern High Plains on Friday. Daytime heating and moisture will allow for instability to build. Any storms that are able to develop will pose a risk for large hail and damaging winds during the late afternoon and early evening. 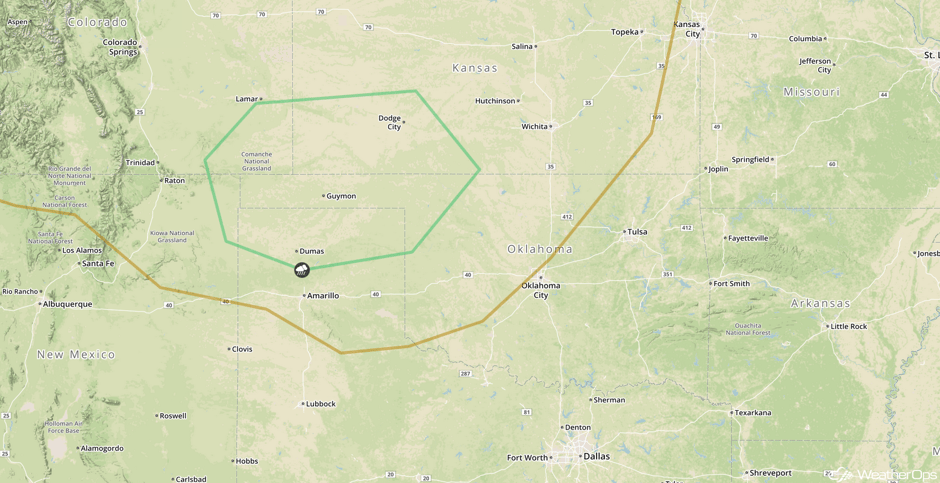 Significant Snowfall Possible for Portions of the Northeast on Friday
An area of low pressure moving through the Northeast late Thursday through Saturday will promote an increasing threat for moderate to heavy snow, as well as a sleet/freezing rain mix. While there is some uncertainty in the forecast, snowfall amounts of 4-6 inches with locally heavier amounts of 8 inches are expected. As temperatures warm Saturday morning, snow should transition to a freezing rain/sleet mix. Ice accumulations could range between a tenth and a quarter of an inch. Hazardous travel is expected through early Saturday. 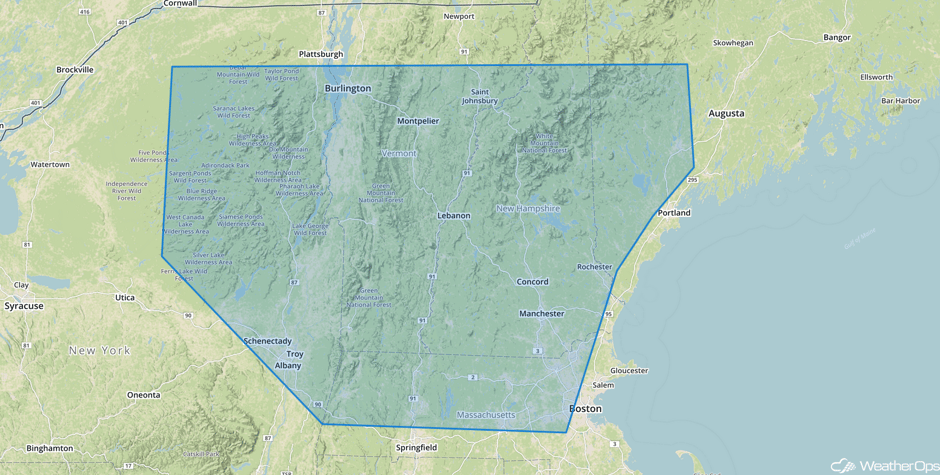 Strong to Severe Thunderstorms Possible for the Southern Plains on Saturday
By the weekend, another area of low pressure will begin developing over northwest Texas. As this system intensifies, increasing showers and thunderstorms are expected for much of Texas and portions of Western Oklahoma. At least a few storms will become severe with large hail and damaging winds the main hazards, Storms should diminish after dark. 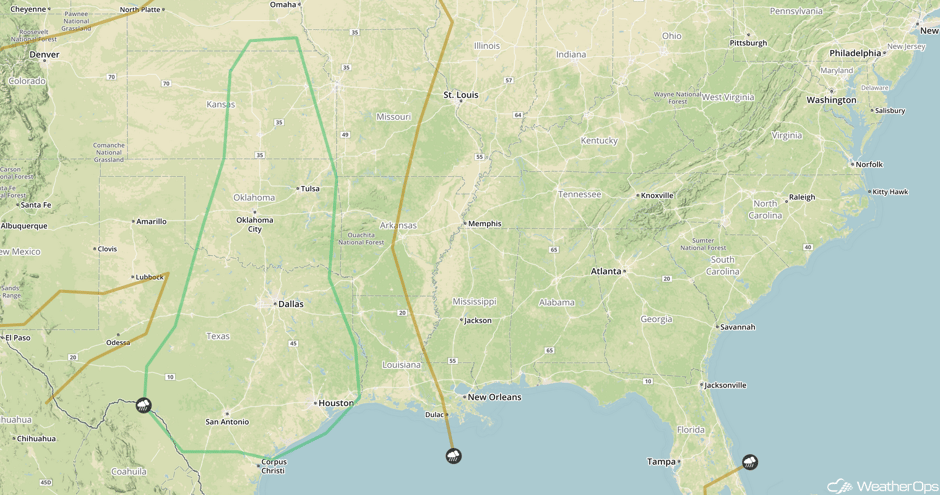 A Look Ahead
Thunderstorms may develop over portions of Texas and Louisiana as the area of low pressure continues to move eastward; damaging winds will be the primary hazards with any storms that develop. In addition, heavy rain will also be possible with rainfall amounts of 1-2 inches and locally higher amounts in excess of 3 inches.