Severe Thunderstorms Expected Thursday from the High Plains into the Northeast
Isolated severe thunderstorms are expected to develop between 1pm and 3pm across the higher terrain within central and eastern Wyoming. Additional activity is expected to develop across eastern Colorado and western Nebraska. A few of the more organized storms may produce large hail and damaging winds, but a brief tornado cannot be ruled out. This activity will be further enhanced by moderate westerly winds aloft, daytime heating, and low level converging winds across the eastern slopes.

Further east across the Plains, showers and thunderstorms are ongoing across portions of eastern Kansas, southeastern Nebraska, and Missouri. This activity is the remnant of more organized showers and thunderstorms that were generated along a front to the north late Wednesday and overnight. With the help of daytime heating, the leading edge of this activity may reintensify as it continues eastward into portions of the Corn Belt later this afternoon. Any storms that develop will have the potential for large hail and damaging winds. This marginal to slight risk of severe storms extends from Missouri eastward into Illinois and the Ohio Valley.

There is also the potential for the development of a second round of storms across the Central Plains during the mid to late afternoon. The intensity of these storms will be dependent upon adequate destabilization in the wake of early morning showers still in the area. Assuming adequate instability exists, large hail, damaging winds, and tornadoes will be potential hazards. Isolated strong to severe thunderstorms may linger within the region through the first half of tonight.

From the Ohio Valley into the Northeast, low level moisture and instability is forecast to increase throughout the day as a warm front lifts northward. An upper level disturbance will allow an increase in wind shear aloft. Although overall severe potential is low, a few storms may produce gusty winds, hail, heavy rain, and frequent lightning. The most likely timeline for storms will be during the afternoon, though a strong storm or two may linger through the evening.

102 River already out in Rosendale, Mo in Andrew County. 48 Highway closed through the town and so is C Highway. @kq2 #mowx pic.twitter.com/QJ28FHuKfC

The West Fork Grand River is moving. The water has crested the banks and has flooded several nearby fields. #mowx pic.twitter.com/mewtpzXNka 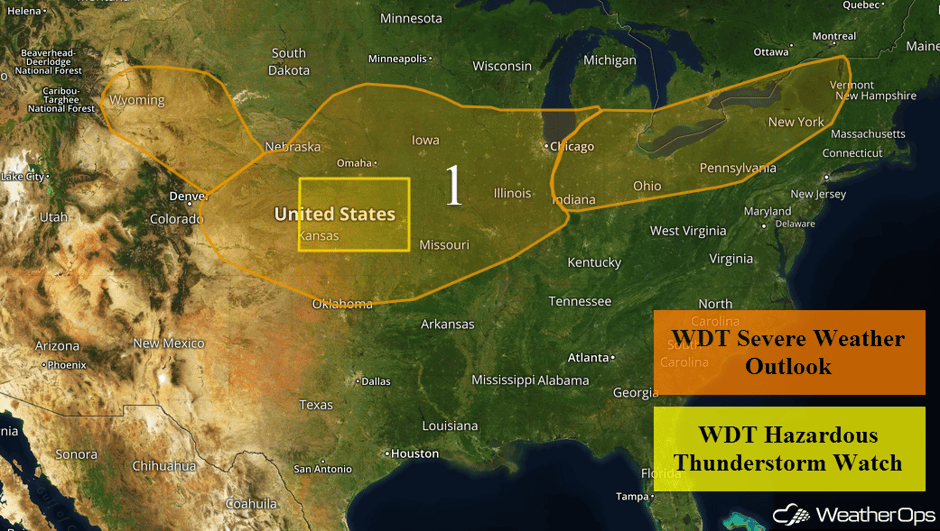 Excessive Rainfall for the Central Gulf Coast on Thursday
Scattered to widespread showers and thunderstorms will continue to develop across much of the central Gulf Coast region through at least the early evening. While a localized strong storm may develop, excessive rainfall appears to be the main threat. General rainfall amounts of 1-2 inches with locally higher amounts in excess of 3 inches are expected. 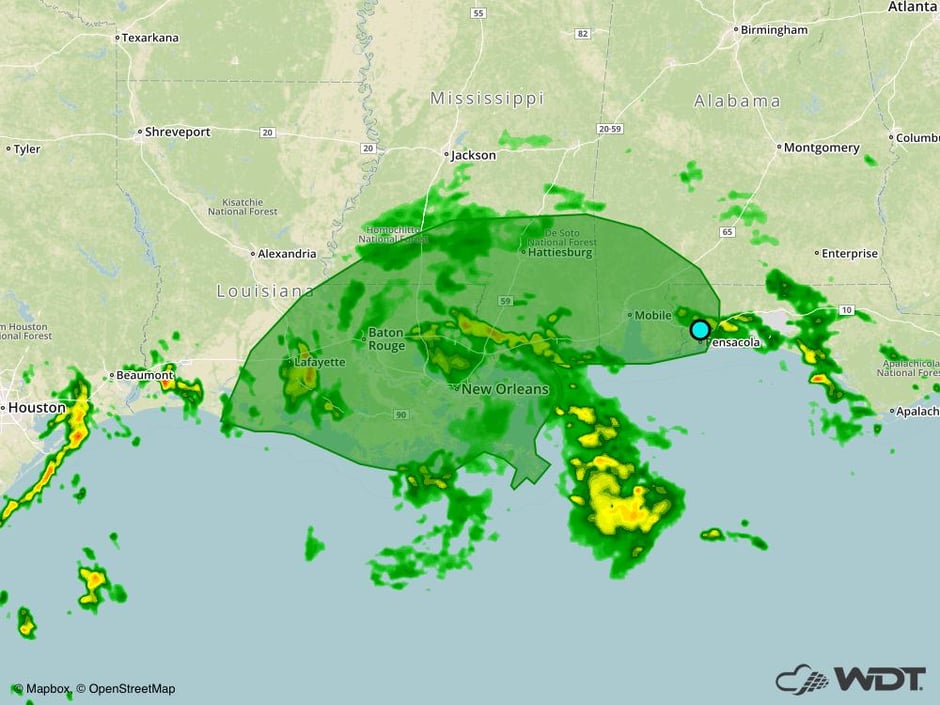 Continued Thunderstorm and Excessive Rainfall Risk for the Great Lakes and Plains on Friday
As an upper level trough moves eastward across  the central US, a slow moving cold front will track east and southeast across the Central and Southern Plains northeastward into the Great Lakes and Northeast. This front will provide a continued focus for thunderstorm development on Friday. Conditions are expected to remain favorable for the development of strong to severe thunderstorms across a large region, with an enhanced risk centered over northeast Oklahoma, northwest Arkansas, and southwest Missouri. Large hail, damaging winds, and tornadoes will all be potential hazards with these storms. In addition to the severe weather, there will be a risk for excessive rainfall. Rainfall amounts of 1-2 inches with locally higher amounts in excess of 3 inches will be possible. Due to the potential for  multiple rounds of flooding, there may be an increased risk of flooding.

Risk for Thunderstorms Saturday from the Southern Plains to the Northeast
Thunderstorms will continue to develop along and ahead of a slowly advancing cold front on Saturday, with the tail end becoming stalled over the Southern Plains. Showers and thunderstorms will likely be ongoing during the morning hours across much of the region. These storms will likely be non-severe and may help to limit instability later in the day when new storms develop. However, there will be at least a marginal risk for thunderstorms across the region, with gusty winds and hail the main hazards. A small area centered over central and eastern Oklahoma into western Arkansas will also be under a threat for excessive rainfall. This area will have the potential to receive significant rainfall during the morning hours and again by the evening and overnight hours. Rainfall amounts of 0.75-1.50 inches with locally higher amounts in excess of 2 inches are forecast. 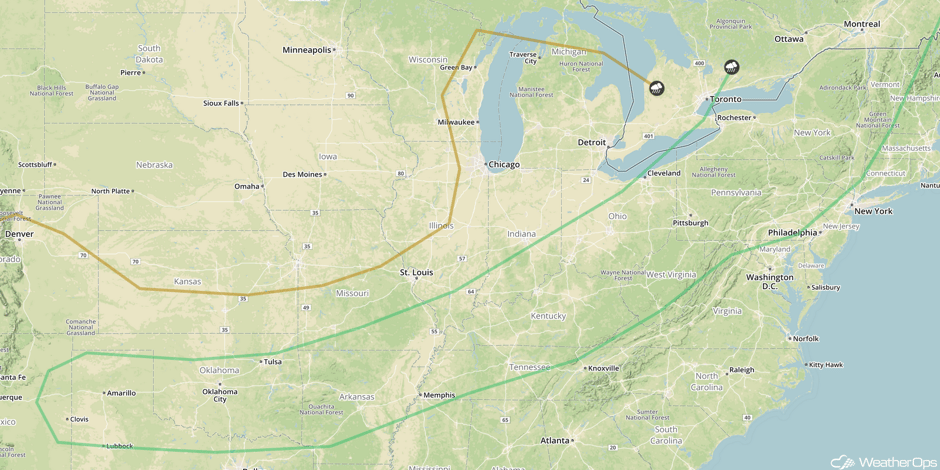 A Look Ahead
An area of low pressure is forecast to intensify over the Central Plains on Monday, bringing a risk for thunderstorms across the region. Some thunderstorms are expected to be ongoing early in the day, but the main threat will be during the afternoon and evening. Gusty winds and hail will be the primary hazards with these storms.