Thunderstorms may develop across portions of the Ohio and Lower Mississippi Valleys on Thursday along outflow boundaries from morning storms. Severe thunderstorms are expected over portions of the Central Plains during the afternoon, as an area of low pressure develops. 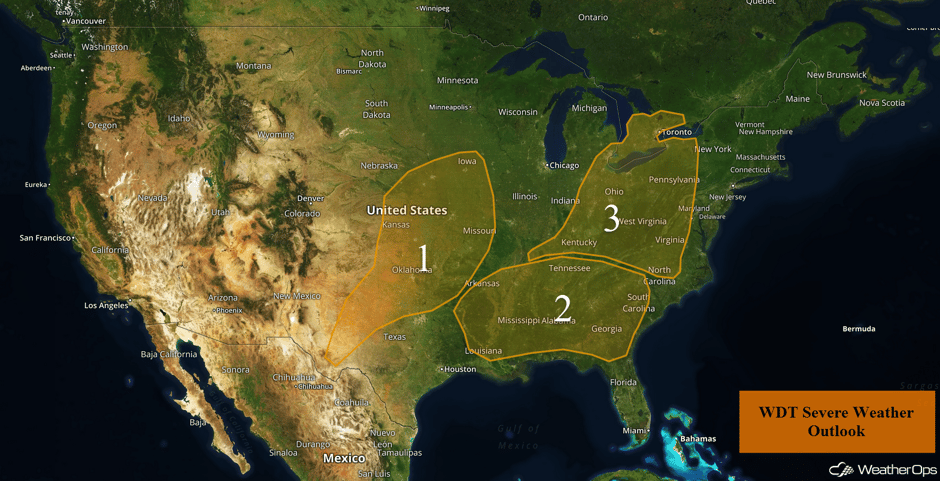 Severe Thunderstorms Expected for the Central Plains on Thursday
A very moist air mass is in place over the region, and daytime heating will result in high instability from northern Kansas into Oklahoma and Texas. A low in southwestern Kansas anchors a stalled front that extends from northern Kansas into Iowa. This will provide the lift needed for thunderstorm development. These storms should begin to develop in the early to mid afternoon. Sufficient shear is present to allow some of the storms to become supercells with large hail being the primary hazard. These storms will cluster during the evening and move southeastward. The primary hazard will then become damaging winds, with some isolated instances of large hail. A weak dryline extends south of the low, into west Texas, and isolated strong to severe thunderstorms are expected to develop ahead of it. These storms should begin to develop during the mid to late afternoon with hail and damaging winds the primary threats. 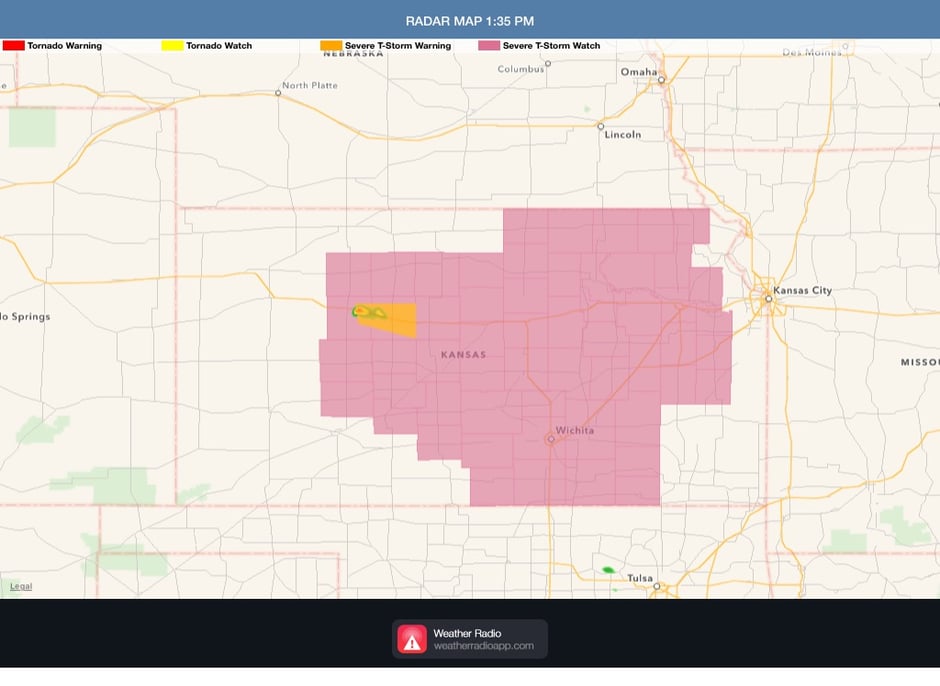 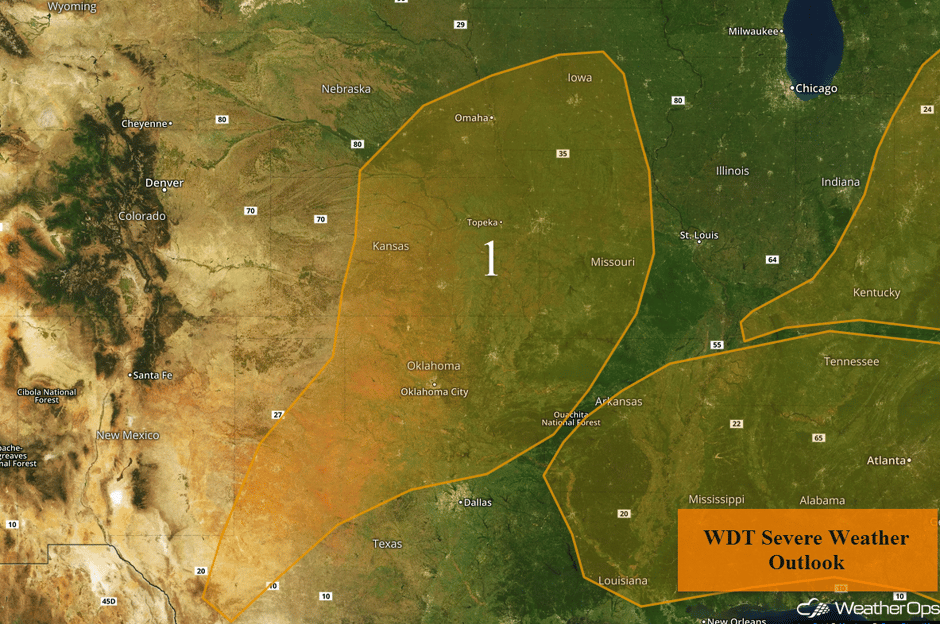 Risk for Thunderstorms Thursday across the Lower Mississippi Valley into the Southeast
Ongoing lines of thunderstorms moving across the region today leaving behind outflow boundaries. Daytime heating will destabilize the moist air mass already in place. Lift along these boundaries may be enough for storms to redevelop beginning this afternoon. Damaging winds will be the primary hazard, but some large hail cannot be ruled out.

Thunderstorm Potential for the Ohio Valley on Thursday
Isolated strong to severe thunderstorms are possible across the region today. With instability present, lift provided by an upper level trough moving over the region should allow for the development of showers and thunderstorms. Storms should begin to develop during the early afternoon with instability building due to daytime heating. Some storms could become severe with damaging winds the primary hazard, but some isolated instances of hail will also be possible. Storms will begin to weaken during the evening with the loss of daytime heating. 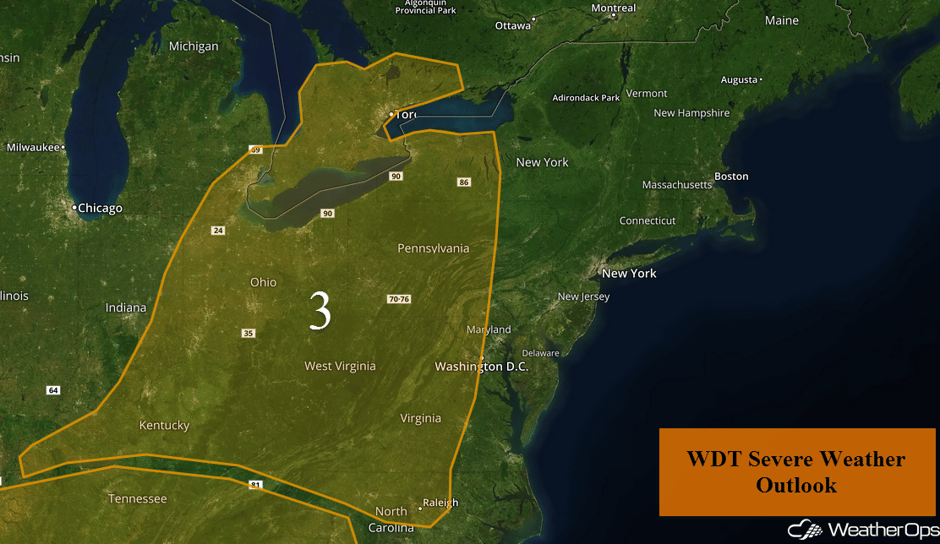 Strong to Severe Thunderstorms Possible Friday for the Central Plains and Upper Midwest
Strong westerly winds aloft will overspread a stalled frontal boundary across the Central Plains and Upper Midwest. Moderate to high instability and adequate speed shear will contribute to the threat of isolated severe thunderstorms capable of large hail and damaging winds. A few showers and thunderstorms may be ongoing during the morning, but the prime period for severe thunderstorms is expected to develop from the mid-afternoon through the evening after the atmosphere destabilizes even further. 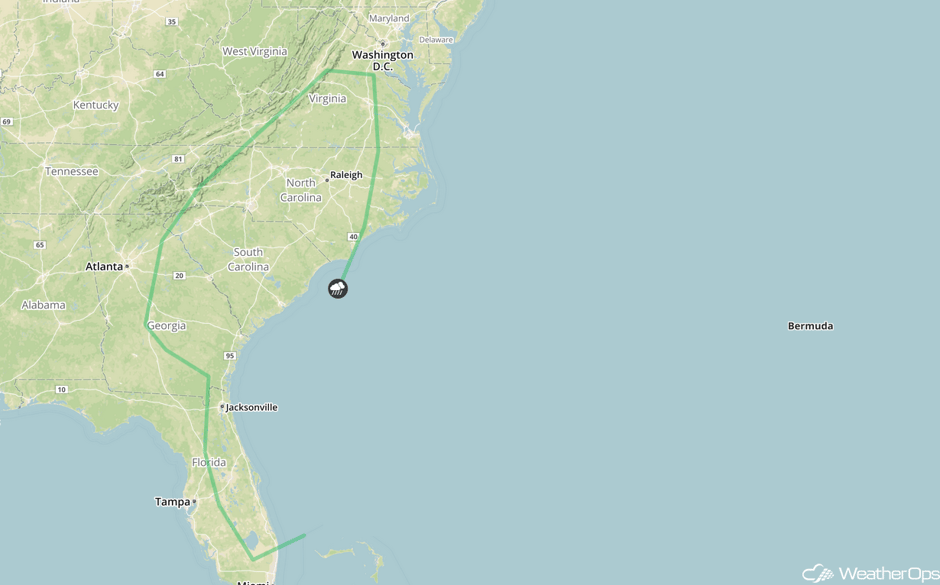 Severe Thunderstorms Expected Friday for the Upper Midwest and Missouri Valley
A strong upper level trough will move southeastward into the Missouri Valley on Saturday. This trough will promote the development of a strong area of low pressure and significant wind shear. Additionally, moderate to high wind shear is expected ahead of the surface low and trailing frontal boundary. Unless overnight and early morning activity disrupt the environment favorable for the development of thunderstorms, large hail, damaging winds, and tornadoes will be possible from the early afternoon through the overnight hours. 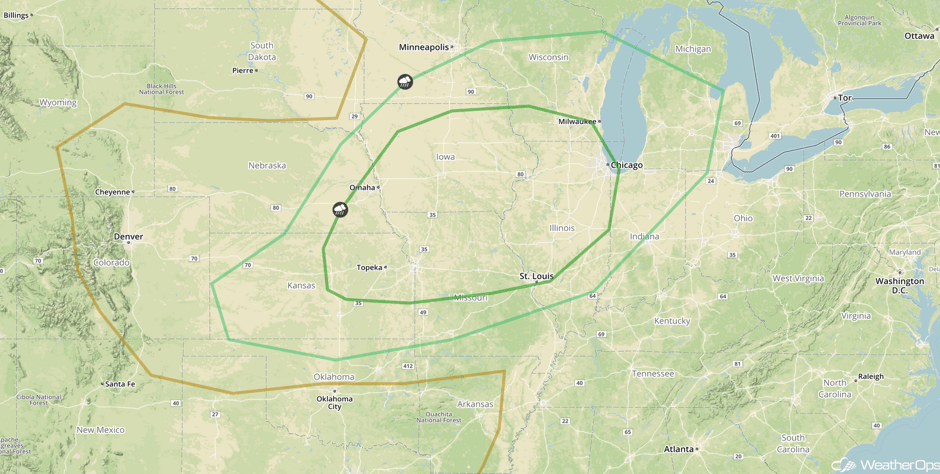 A Look Ahead
The area of low pressure described above will weaken on Sunday. Regardless, marginal shear and instability along and ahead of a trailing cold front may generate thunderstorms from upstate New York into the Ohio Valley. While there is considerable uncertainty, there is a marginal risk for hail and damaging winds.