Severe Thunderstorms Expected across the Upper Midwest and Great Lakes on Thursday
Scattered thunderstorms are currently ongoing across northern Wisconsin and Upper Michigan this morning will pose a risk for strong winds and hail before diminishing.

Into the afternoon, the severe risk is expected to ramp up as a cold front moves into the region. Scattered thunderstorms are forecast to develop ahead of the front during the mid-afternoon and increase in coverage and intensity while shifting eastward. At this time, the greatest coverage of severe storms is expected to be over Wisconsin into Lower Michigan. Large hail and damaging winds will be the primary hazards with any of the storms that become severe, but an isolated tornado or two cannot be ruled out. During the evening, the threat will transition to damaging winds as storms track east to southeast. 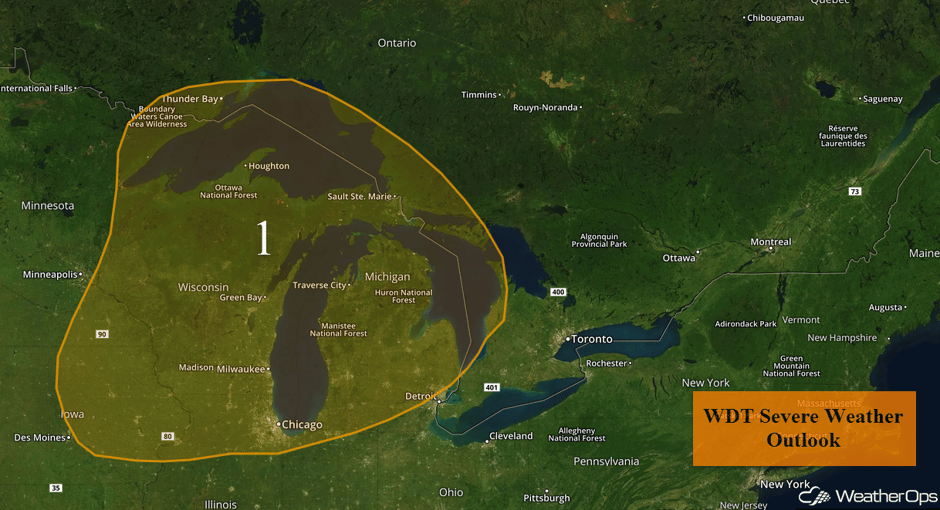 Thunderstorm Potential Thursday from the Tennessee and Ohio Valleys into the Mid Atlantic
Scattered strong to severe thunderstorms are forecast to develop across the region for much of the day on Thursday. Daytime heating will aide in the development of showers and thunderstorms during the late morning into the afternoon. Strong to damaging winds will be the primary hazards with these storms. The threat will diminish during the early evening.

Risk for Excessive Rainfall across the Central Appalachians on Thursday
Moisture content will be quite high and exceeding 2 inches in some areas. This will support locally excessive rainfall within some of the heavier storms. Rainfall totals will range 1-2 inches with isolated higher amounts in excess of 3 inches. 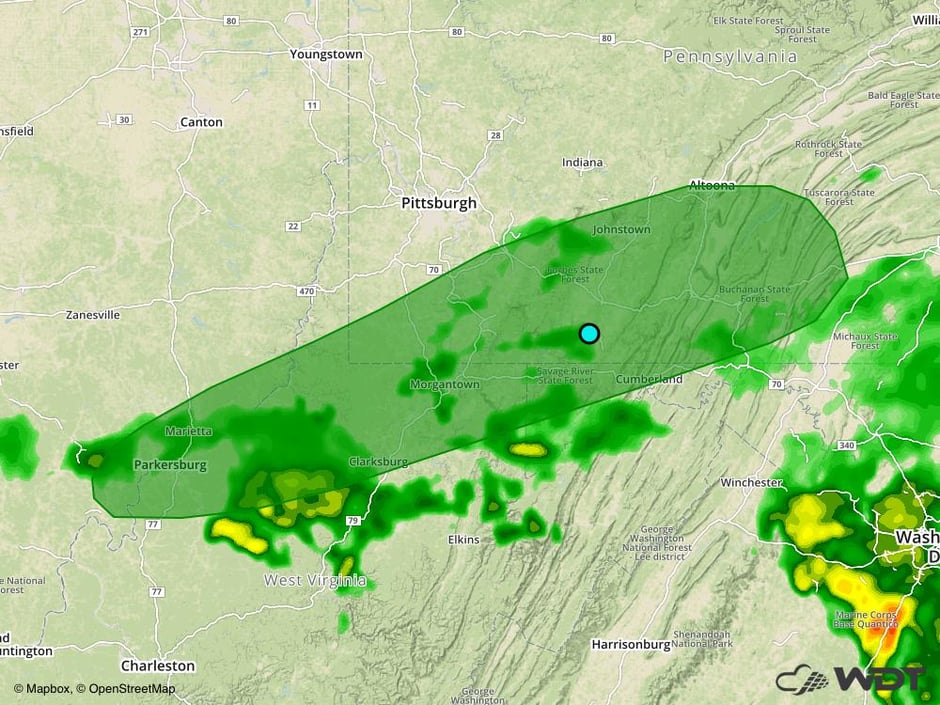 Thunderstorms Friday for the Eastern Great Lakes and Ohio Valley
As an upper level trough moves through southeast Canada, a cold front is forecast to progress eastward across the Great Lakes on Friday. Scattered afternoon and evening thunderstorms are expected to develop along and ahead of the front, with some strong thunderstorms containing gusty winds and perhaps some large hail.

Strong to Severe Thunderstorms for the Western High Plains on Friday
By the afternoon and evening, modest low level moisture is forecast to return as an area of high pressure moves eastward. Combined with daytime heating in the higher terrain, moderate instability should build leading to the development of a few isolated severe thunderstorms from the mid afternoon through the early evening. Damaging winds will be the primary hazard with these storms. 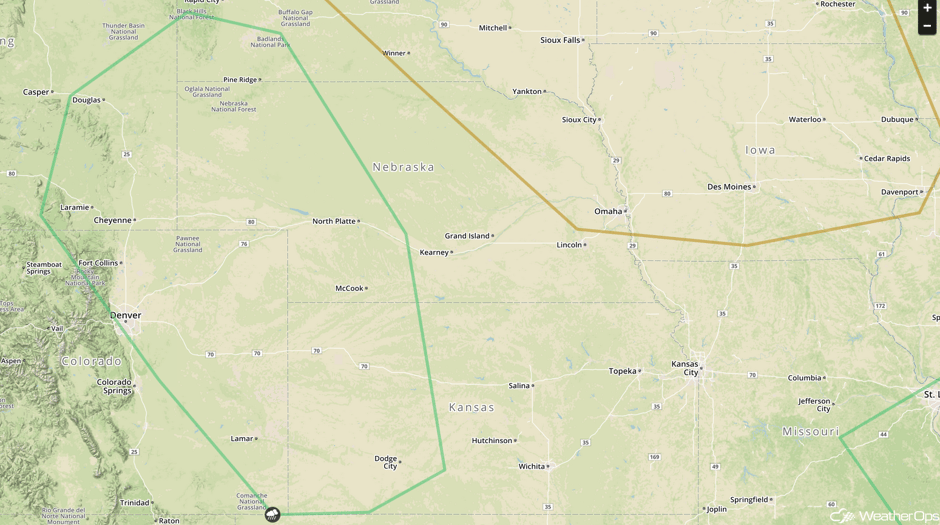 Thunderstorm Potential Saturday for the Southern Plains into the Southeast
An area of high pressure will continue to slide eastward into the Midwest to start the weekend. At the surface, a cold front will make its way into the Northeast with the tail end of the front stalling across the Southern Plains. Showers and thunderstorms, some severe, will be possible from Northwest Texas into the Carolinas and Virginia. Significant severe weather is unlikely, but isolated severe winds and large hail cannot be ruled out with the stronger storms during the afternoon and evening.

Tropical Update
Tropical Depression Four is located east of the Lesser Antilles and is moving toward the west-northwest at 21 mph. An increase in forward speed is expected over the next 48 hours. Maximum sustained winds are at 30 mph with higher gusts. Little change in strength is expected during the next 48 hours. This system is not expected to become a tropical storm. 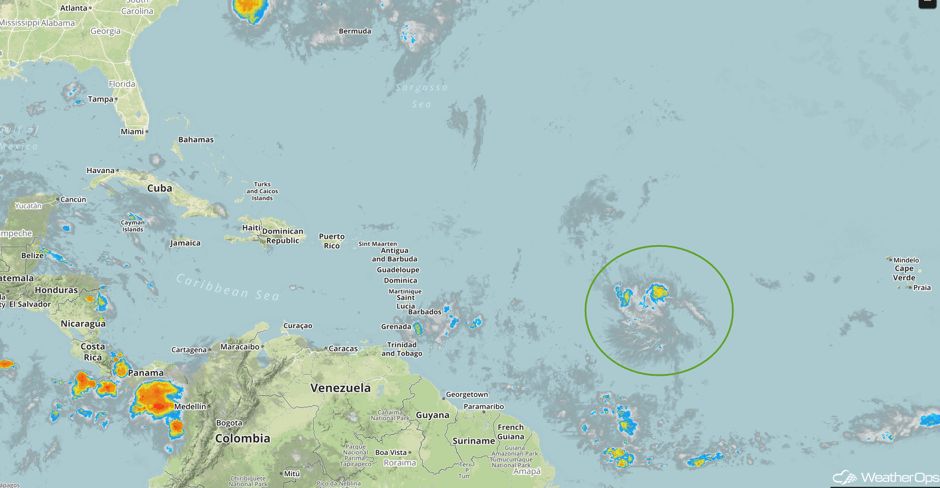