An upper level wave will move over Region 1 today as instability builds with daytime heating. In addition, a weak front extending from Kansas westward into Colorado will provide further lift for the development of strong to severe thunderstorms. Storms that develop from western Nebraska into northern Wyoming could grow into a large cluster of strong to severe storms, moving across portions of western and Central Nebraska and Kansas as early as this afternoon. Other storms are expected to develop in the lee of the Rockies in Colorado and move to the southeast as a cluster of strong to severe thunderstorms. Storms this afternoon should begin as supercells, with a primary threat for large hail and high winds, but a few tornadoes cannot be ruled out. As storms coalesce into larger clusters, the threat will shift to high winds. These storms could begin developing as early as the afternoon, and then last into the overnight hours as the larger clusters move into eastern and southern parts of the region. 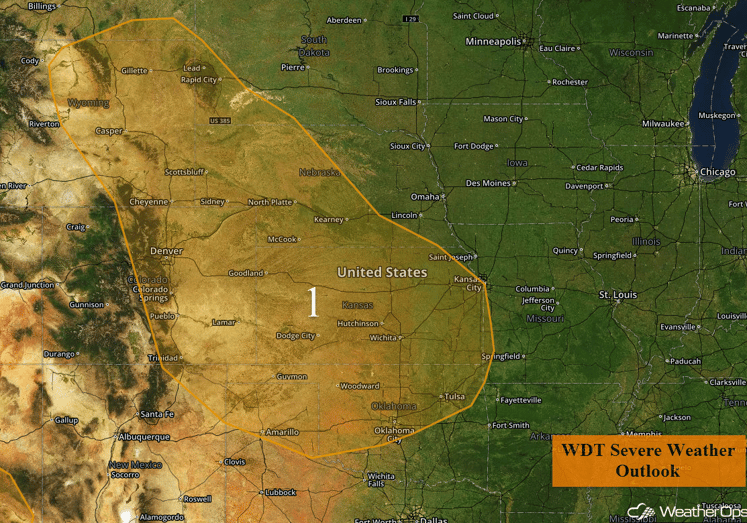 Daytime heating of a moist airmass across Region 2 will provide enough instability for thunderstorms to develop ahead of a cold front. With a favorable atmospheric shear in place, some of these storms could become severe with high winds the primary threat.

An upper level low over southeastern Canada, along with a weak cold front, should provide enough forcing for the development of widely scattered strong to severe thunderstorms across the region this afternoon and evening. The primary threats with any developing thunderstorms will be damaging winds.

Major Cities in Region: Augusta, ME 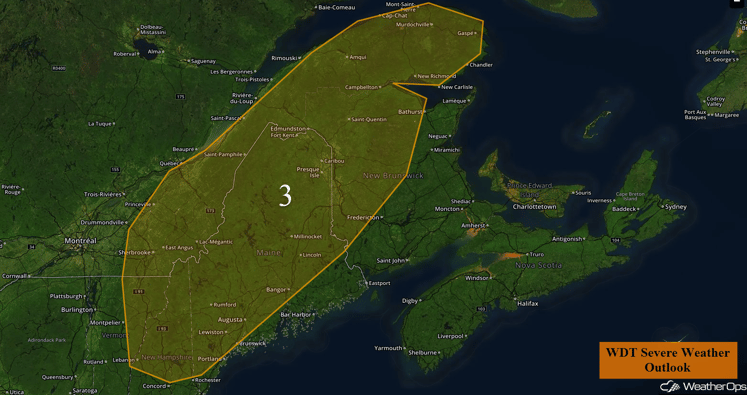 Upper level winds, along with daytime heating, should provide enough forcing to allow for the development of isolated strong to severe thunderstorms this afternoon and early evening. The primary threat with these storms would be damaging winds. 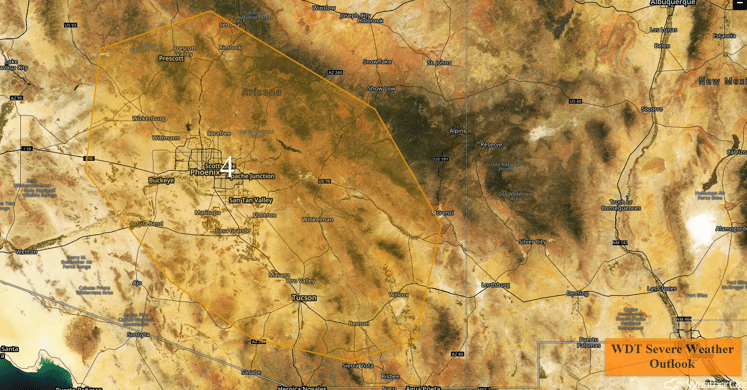 An area of low pressure lifting northeastward along the Mid Atlantic coast and then across the Cape Cod area will help generate thunderstorms across the region on Friday. Some thunderstorms will be possible during the morning hours, with a greater threat during the afternoon and evening hours. Conditions may become favorable for the development of a few strong or severe thunderstorms, with gusty winds the primary hazard. In addition, a portion of the region stretching from eastern Pennsylvania to eastern Massachusetts may see some periods of excessive rainfall with general rainfall amounts of 1-2 inches and locally higher amounts in excess of 3 inches.

A thunderstorm complex is expected to develop Thursday night over the Central Plains and move southward. This activity should weaken Friday morning but may produce an outflow boundary that could help thunderstorms re-generate during the afternoon and evening hours  across the Central Plains eastward into the Mid-Mississippi Valley. Additionally, a stalled front may provide another focus for thunderstorm development. A few strong to severe thunderstorms will be possible with hail and gusty winds the main threats. 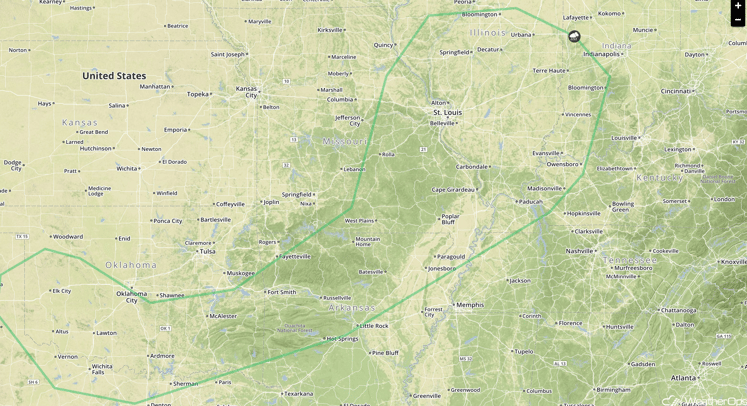 Strong to Severe Thunderstorms Possible Saturday Across the Mid Atlantic

Afternoon and early evening thunderstorms are expected to develop across interior portions of the Mid Atlantic within the warm sector of a surface low on Saturday. Favorable moisture and instability across the region may allow for the development of a few strong or marginally severe storms, with gusty winds the main threat.

Northwesterly flow aloft may allow for the development of isolated thunderstorms across portions of the central High Plains on Saturday. Thunderstorms should be focused along an eastward advancing warm front. Favorable wind shear and instability will allow for a marginal risk of severe thunderstorms, with gusty winds and hail the primary hazards.