Heavy snow will continue across the Northeast through Friday as an area of low pressure moves through the region. Across portions of Washington, snow will wind down as warmer air moves into the region. Elevated winds and seas are expected across portions of the Gulf of Mexico as a cold front moves southward.

Region 1
As an area of low pressure moves along the Northeast coast, snow will continue across the Northeast through early Friday.

Cold temperatures and strong forcing will allow for snow ratios between 15:1 and 20:1, which is a relatively dry snow. This dry snow, combined with strong winds, will allow for blowing snow and low visibilities below a quarter of a mile at times. In addition, heavy snow strong winds will allow for blizzard conditions and possible road closures. Power outages will also be a concern in some areas.

Region 2
Snow will wind down across portions of Washington Thursday morning as temperatures begin to rise above freezing. Above elevations of 5000 feet, total accumulations of 16-18 inches of snow are expected with locally higher amounts in excess of 24 inches. In the valleys, 2-4 inches of snow with isolated higher amounts in excess of 6 inches are forecast. In addition, freezing rain accumulations between a tenth and a quarter of an inch are possible.

Region 3
Elevated winds and seas will continue throughout the day on Thursday as a cold front moves southeastward across the Gulf of Mexico. Ahead of the front, winds will be southwesterly at 15-20 knots. In the wake of the front, winds will be northeasterly to north-northeasterly of 20-25 knots with gusts in excess of 35 knots. Seas of 4-6 feet near the shore and 6-9 feet in the deeper waters are expected.

Excessive Rainfall Possible for the Pacific Northwest on Thursday
A Pacific front is expected to move onshore with heavy to excessive rainfall expected from northern California into Oregon. Total rainfall accumulations of 3-4 inches with isolated higher amounts in excess of 5 inches are forecast. 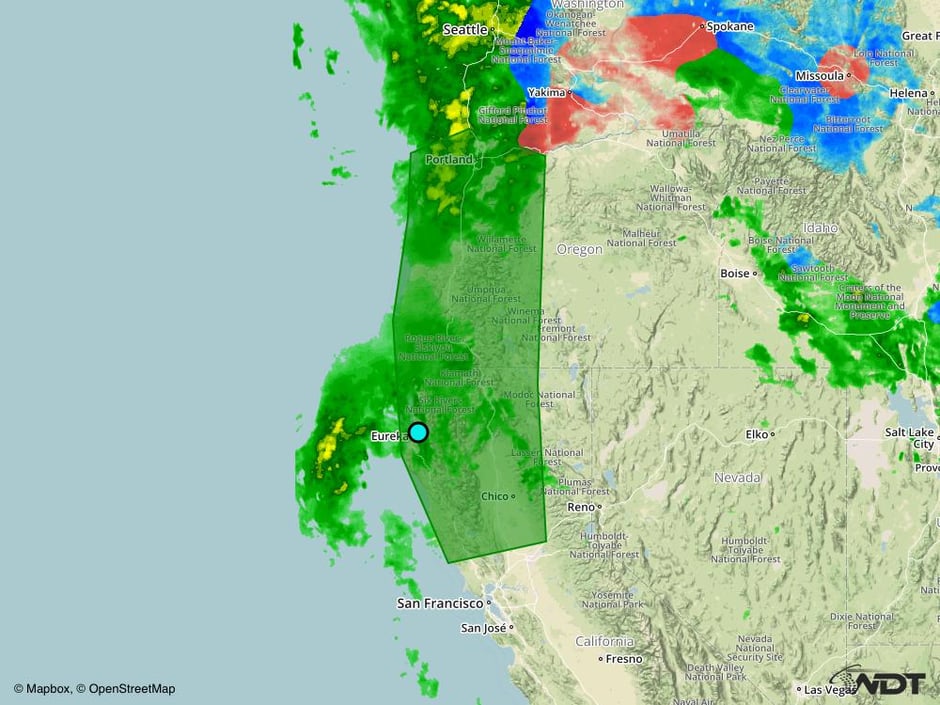