Excessive Rainfall through Friday across the Lower Mississippi Valley
A stalled frontal boundary associated with a developing area of low pressure will be the focus for heavy rainfall across the region. Two day rainfall totals will range 2-4 inches with locally higher amounts in excess of 5 inches; the heaviest rainfall will likely extend from northern Louisiana northeastward into central Tennessee. Given recent rainfall, there will be an increased risk for flooding. 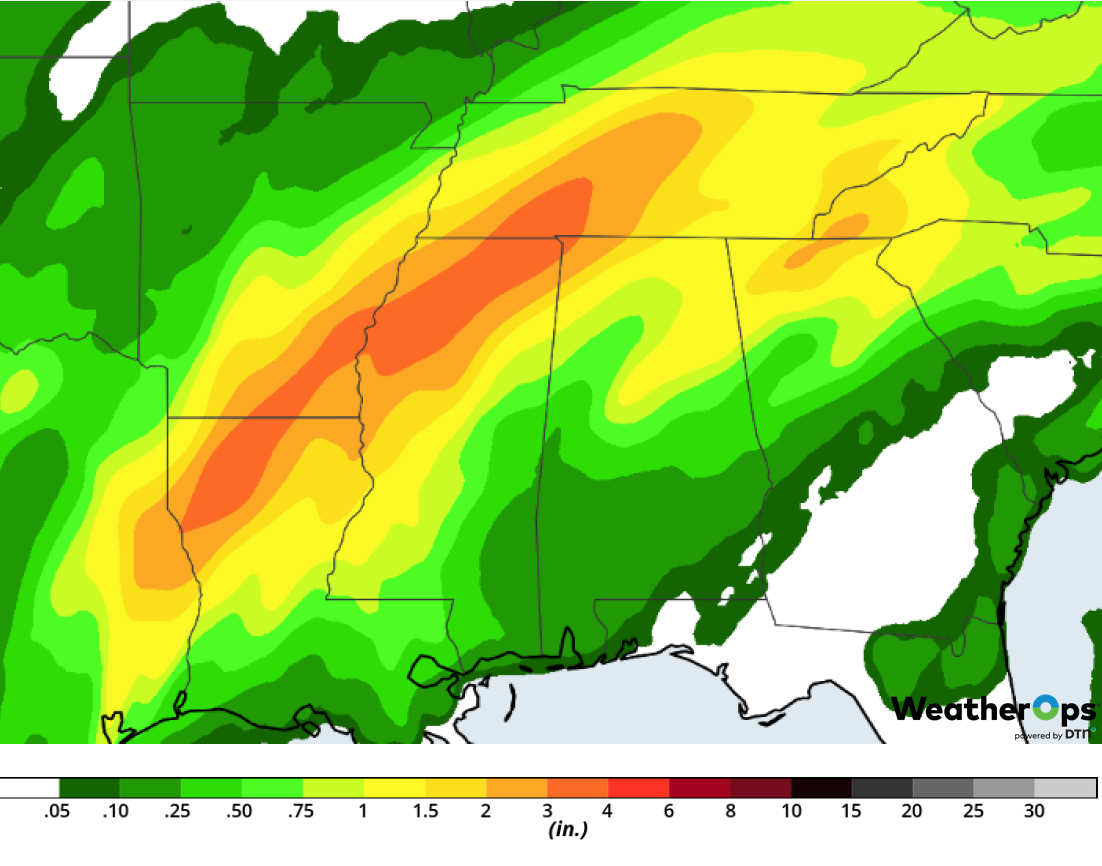 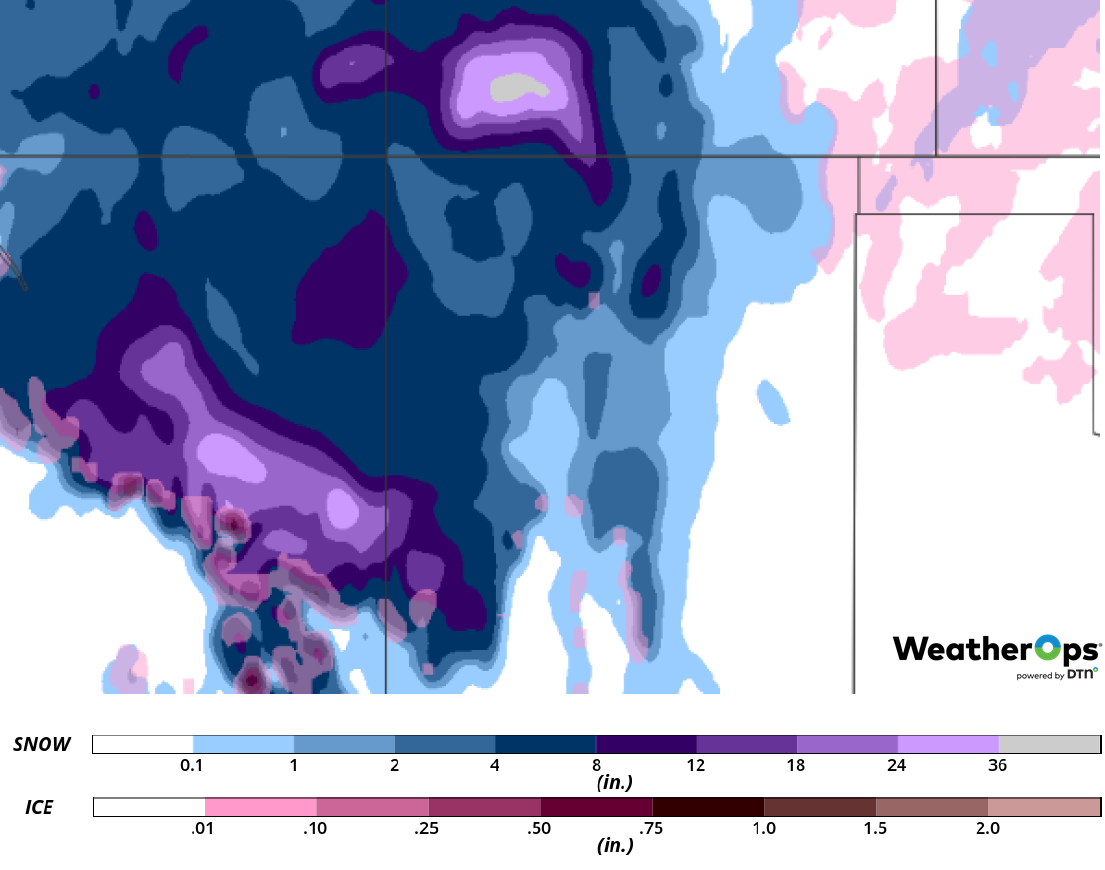 Thunderstorms from Texas into the Lower Mississippi Valley Friday
As a developing area of low pressure and cold front tracks into the southern states on Friday, thunderstorms may develop across eastern Texas into portions of Arkansas and Louisiana. Storms will likely be linear, yet scattered in nature. They are expected to move northeastward and intensify. Damaging winds, large hail, and an isolated tornado or two will be potential hazards with these storms. 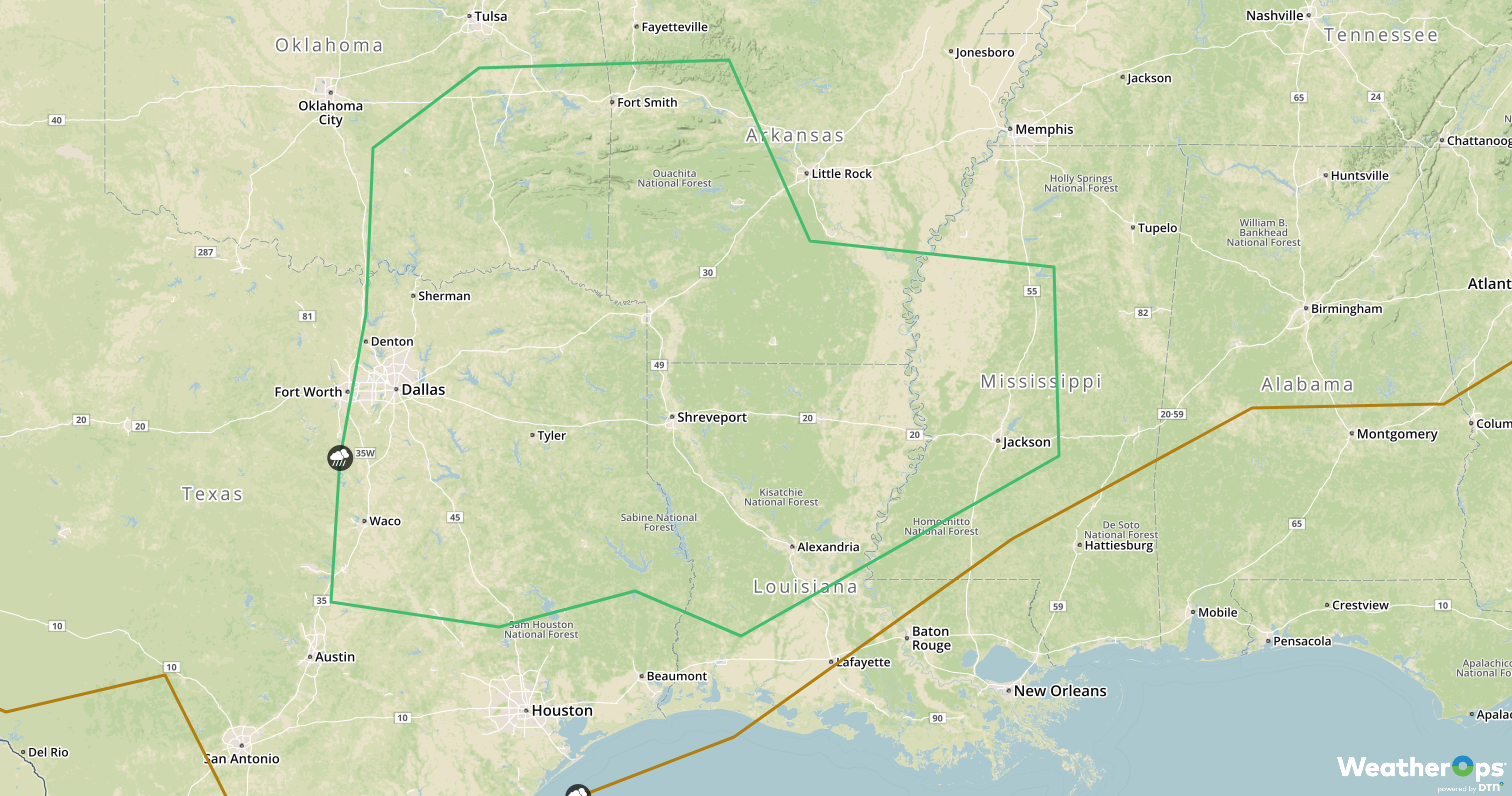 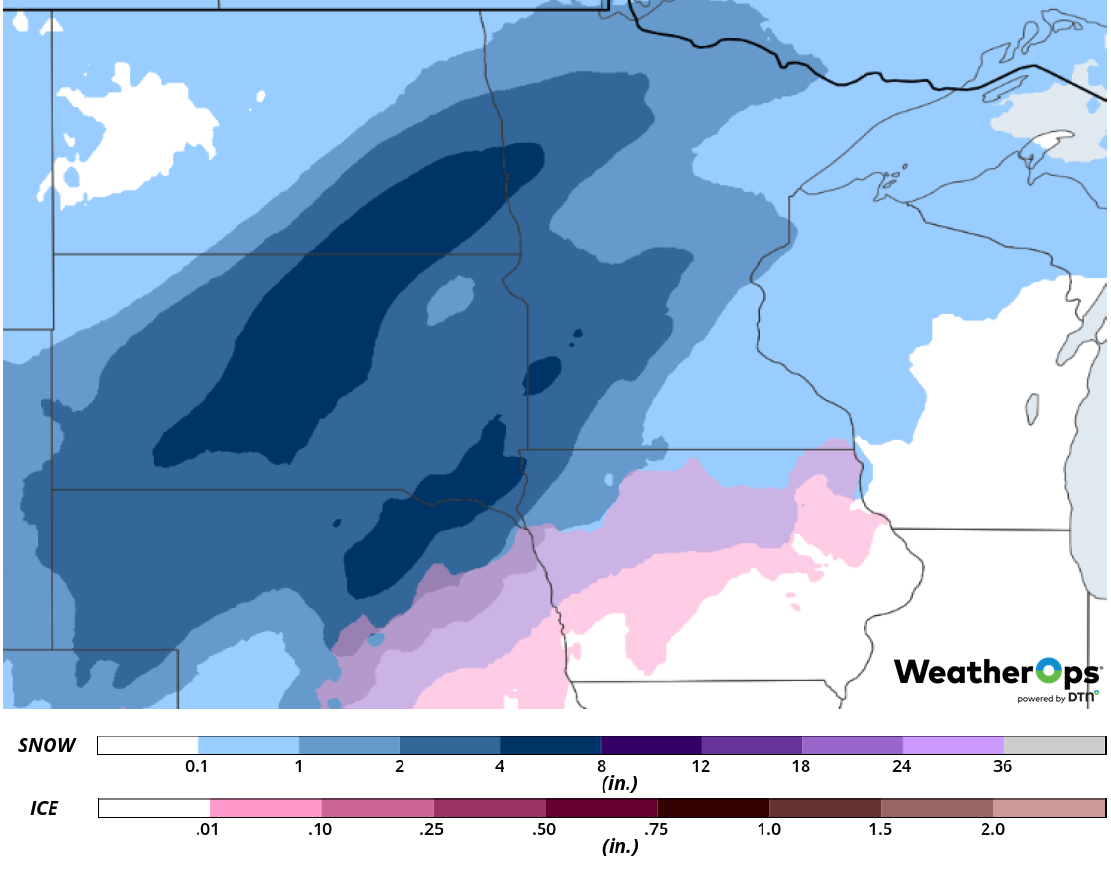 Risk for Thunderstorms from the Mississippi Valley into the Tennessee Valley Saturday
As an area of low pressure continues to develop and bring warm, moist air northward, there will be a potential for severe thunderstorms on Saturday. Some activity may develop along the warm front as it tracks northward through the Tennessee Valley. A secondary and stronger line of thunderstorms is likely along the cold front as it stretches from the southern Gulf States northward into Kentucky. Damaging winds, small hail, and tornadoes will be potential hazards with these storms. 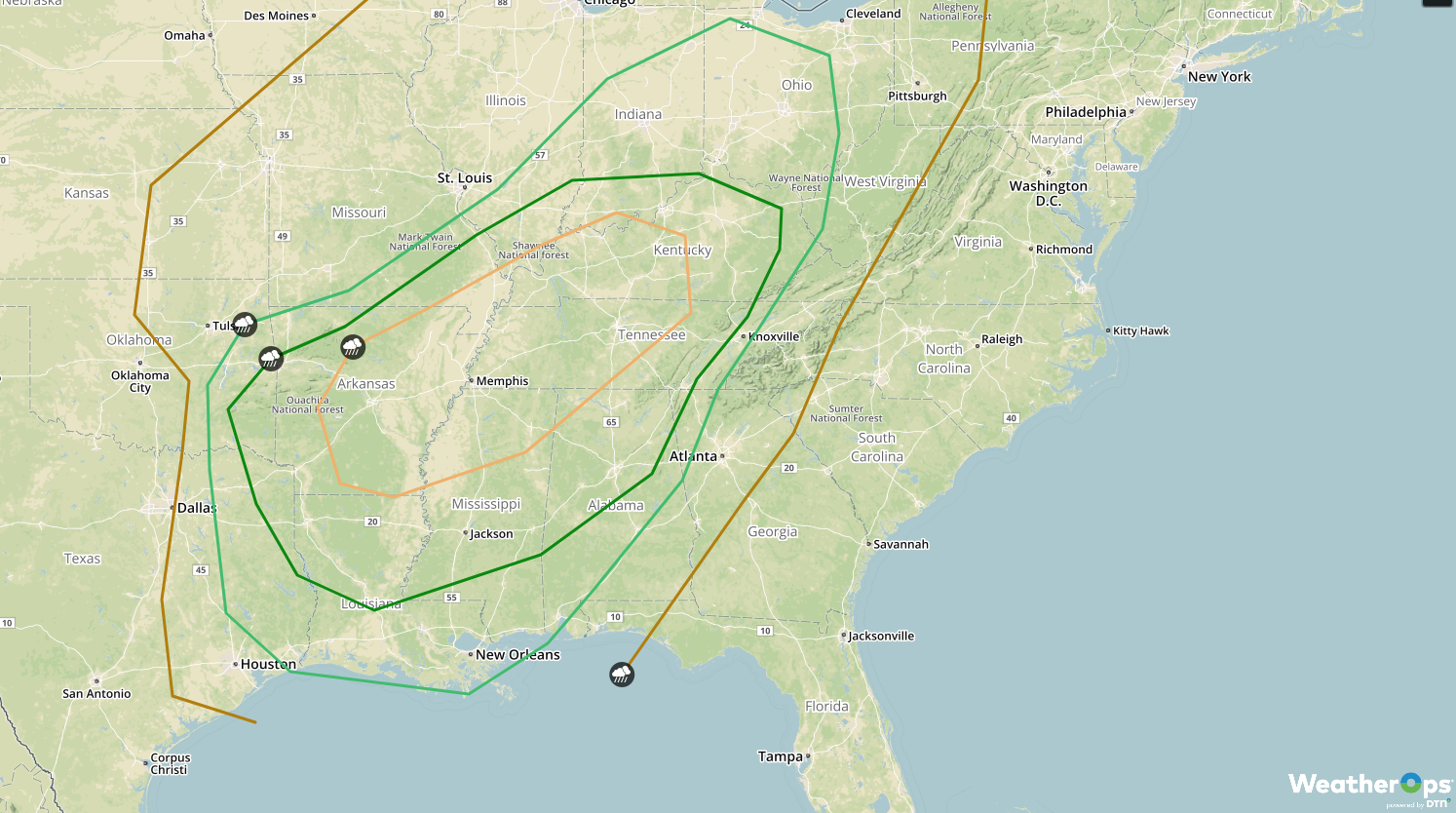 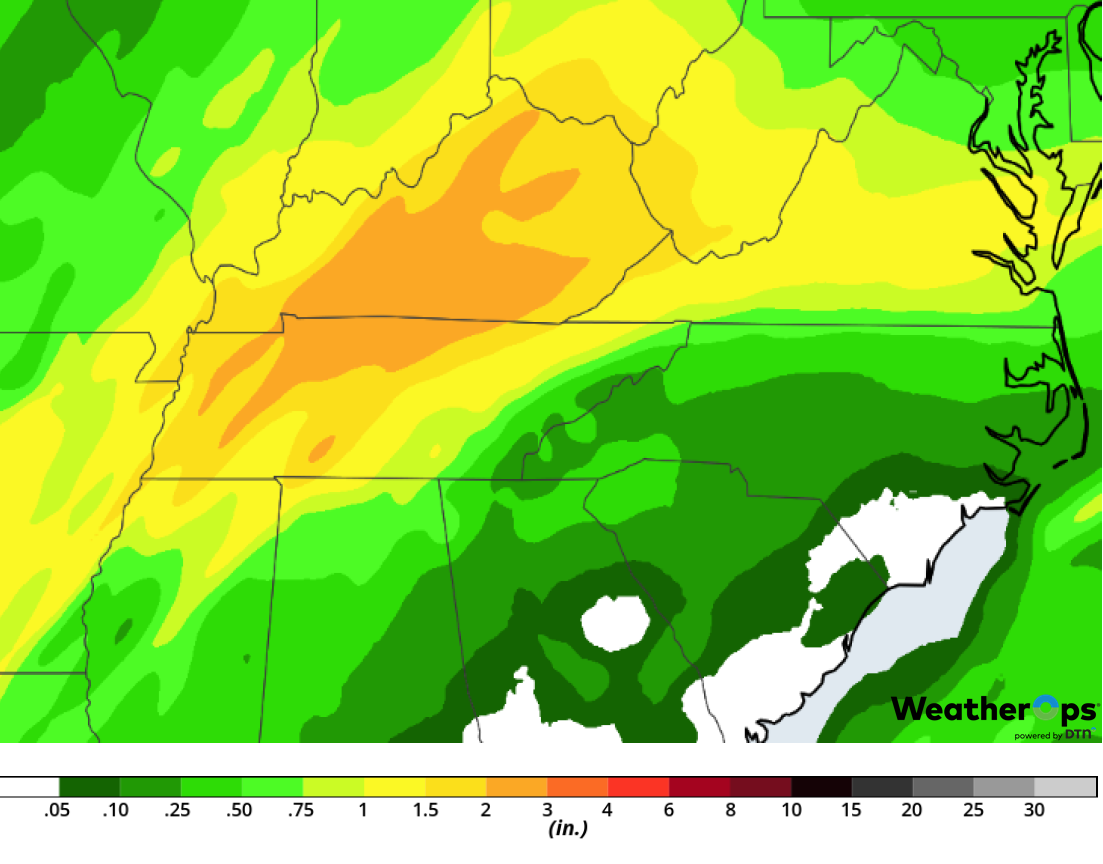 Snow from the Central Plains into the Midwest on Saturday
As an upper level trough continues to intensify across the Central Plains on Saturday, wintry precipitation is expected across the Plains and Midwest. Snowfall amounts of 4-8 inches are expected, with a broad area of freezing rain and sleet expected further to the south and east. Freezing rain and sleet accumulations up to 0.15 inch are expected. This precipitation will briefly transition to rain before the back end of the system pulls in colder air to produce snow. 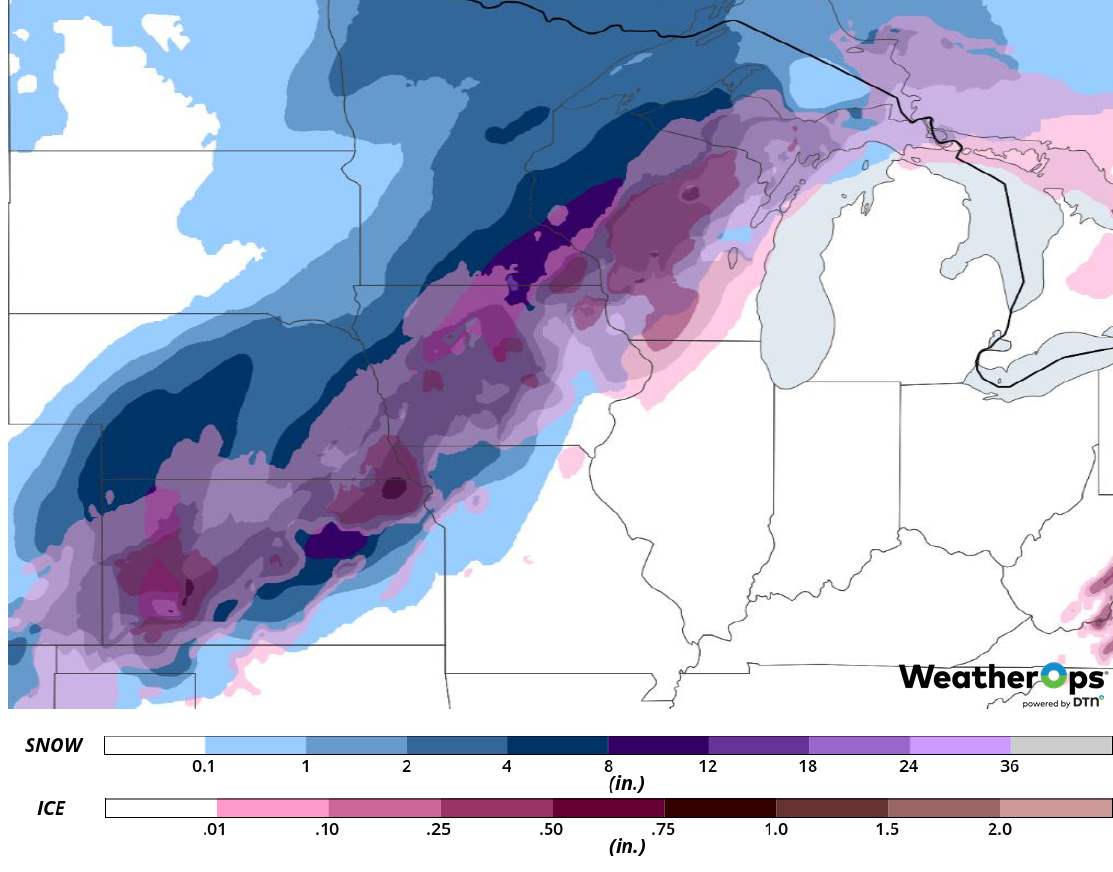 Snow and Ice Accumulation for Saturday

A Look Ahead
Snow will continue across the Great Lakes on Sunday as an area of low pressure moves northeastward. Light snow may move into the Northern Plains and Upper Midwest on Monday. This activity will spread into the Great Lakes on Tuesday. Freezing rain and snow are forecast Wednesday across portions of the Plains and Midwest.