Snow will taper off across the Northeast on Thursday as an area of low pressure moves away from the region. Excessive rainfall is expected across California on Thursday into Friday as a cold front moves onshore.

Region 1
Snow is expected to continue from portions of New York into Maine through late Thursday morning. Total snowfall totals of 3-5 inches with isolated higher amounts in excess of 7 inches are expected in the lower elevations of New York. In the higher elevations, 8-10 inches of snow are forecast. Further to the Northeast, snow accumulations of 8-12 inches will be possible with locally higher amounts in excess of 16 inches.

Major Cities in Region: Burlington, VT, Portland, ME, Augusta, ME, Bangor, ME

Excessive Rainfall Possible for Northern California on Thursday
As a cold front begins to make its way onshore Thursday across California, moderate to heavy rainfall is forecast to continue. Total rainfall accumulations of 1-2 inches with some areas exceeding 3 inches are expected. Given the previous days' rainfall, runoff and localized flooding will be a concern. 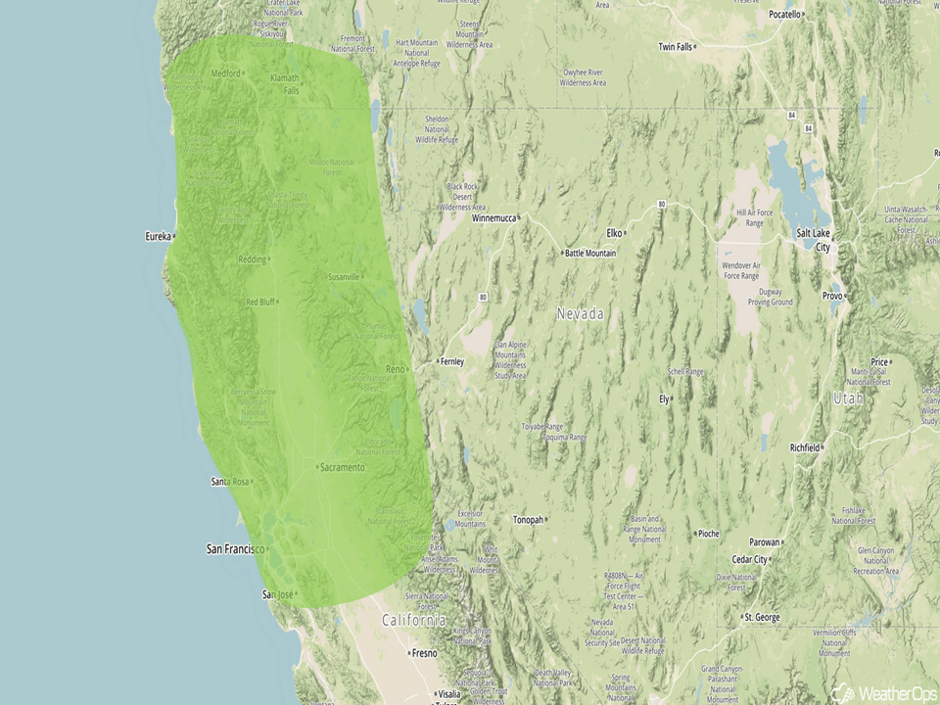 Excessive Rainfall Possible Friday across Southern California
As an area of low pressure tracks southeastward just offshore the California coastline, heavy to excessive rainfall is forecast across southern California on Friday. During the early morning hours a warm front will track through Southern California. Moisture will continue to stream into the region throughout the day. With the moisture in place and lift provided by the mountains and the low itself, moderate to heavy rain is expected. Total rainfall accumulations of 2-4 inches with isolated higher amounts in excess of 6 inches will be possible. Excessive runoff and flooding will be a concern as well. 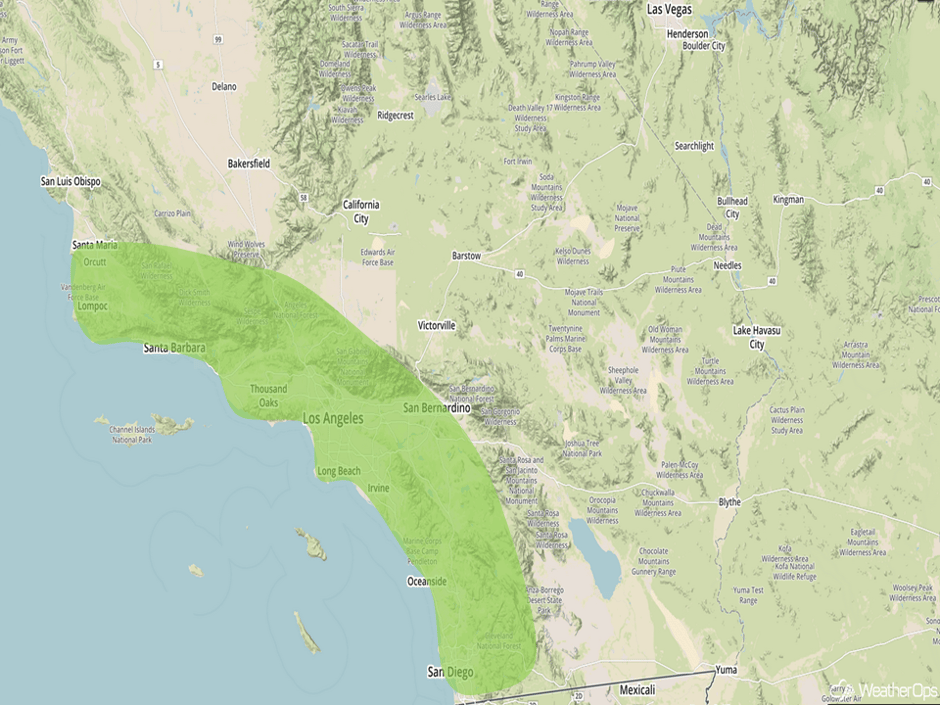 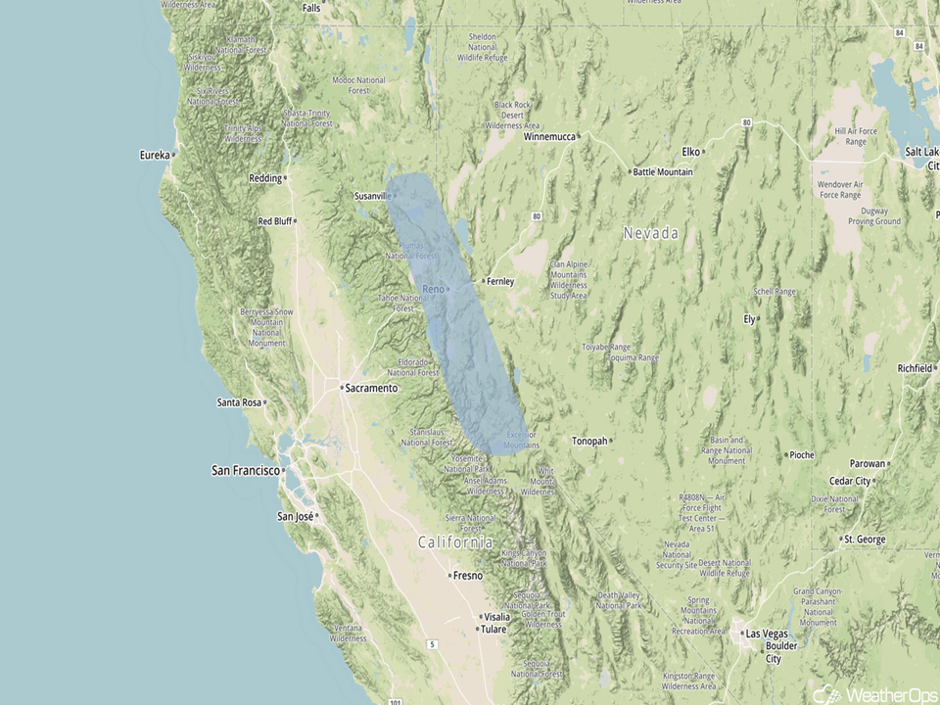 Excessive Rainfall Possible for Desert Southwest on Saturday
As the area of low pressure described above continues to move southeastward toward Baja California, heavy to excessive rainfall is expected across portions of the Desert Southwest. Moderate to heavy rainfall will occur during the morning and early afternoon hours. Given the rainfall forecast on Friday, flooding will be a concern. General amounts between half an inch and an inch are expected with locally higher amounts in excess of 2 inches. 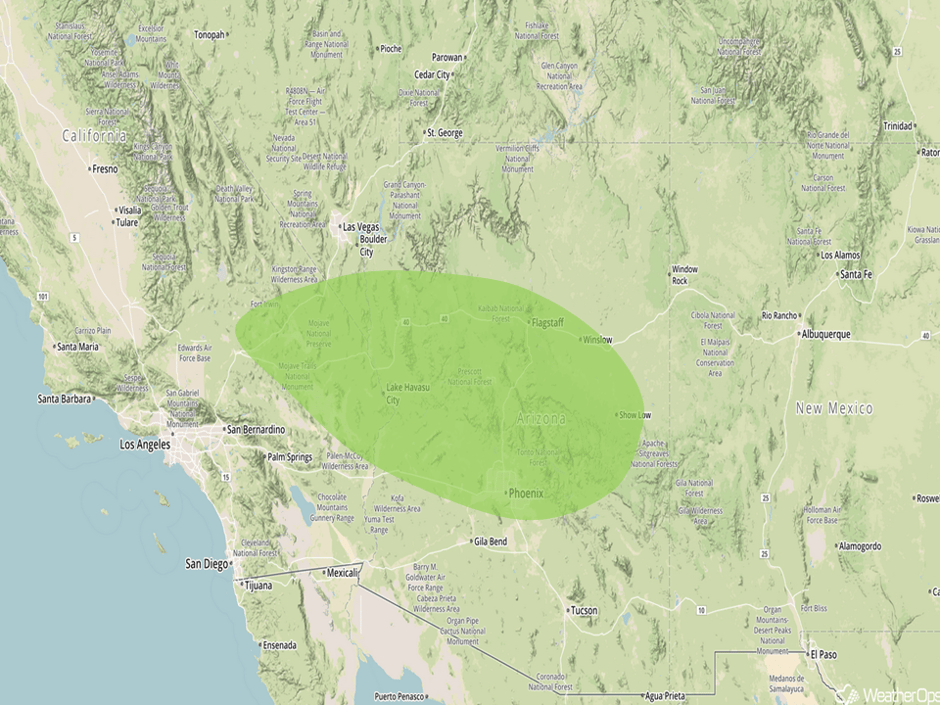 A Look Ahead
Heavy to excessive rainfall is expected for portions of Central Texas on Sunday as the area of low pressure described above continues to progress eastward. Rainfall accumulations of 1-2 inches with isolated higher amounts in excess of 3 inches are expected. Moderate to heavy snowfall is forecast for portions of the Northern Rockies on Sunday as an area of low pressure moves into the Plains. Accumulations should be less than 6 inches. Early next week, an area of low pressure will track into Southern Texas. With moist air in place ahead of this low, thunderstorms are possible across portions of the Plains on Monday. This potential will shift into eastern Texas and the Lower Mississippi Valley on Tuesday.