Snow is expected for the Cascades on Thursday as a cold front moves inland over the Pacific Northwest. Across portions of the Colorado Rockies, snow is forecast as an area of low pressure moves to the south of the Four Corners region. Excessive rainfall is likely across portions of the Desert Southwest as moisture continues to stream into the region. As the cold front moving into the Pacific Northwest continues to move eastward on Friday, Moderate to heavy snow is forecast across the Sierra Nevada. This same system will bring  heavy rainfall to portions of California. By Christmas Eve, an area of low pressure will begin developing, bringing snowfall the Intermountain West through the Northern and Central Rockies. 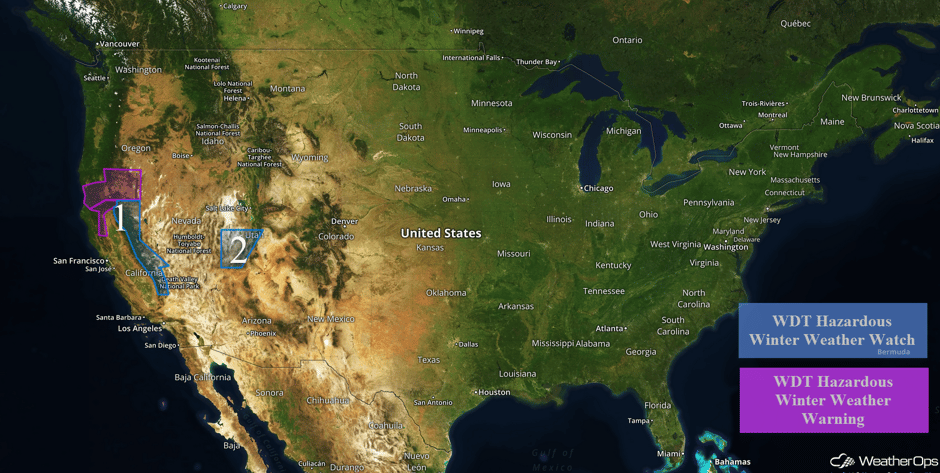 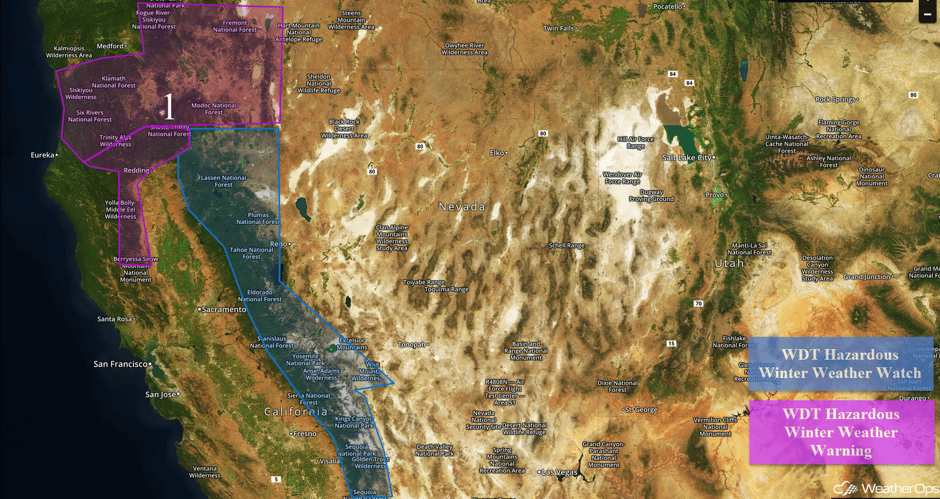 Region 2
A strong area of low pressure will move through the Western US this weekend, leading to snow throughout much of the Intermountain West. Widespread snowfall accumulations of 10-15 inches will be likely across portions of Utah with locally higher amounts in excess of 21 inches. Mountainous areas could see snowfall accumulations exceed two feet. Breezy southwesterly winds of 15-25 mph will lead to blowing and drifting snow, reducing visibility to below two miles at times. Wind chills will also drop into the single digits by Sunday morning. Hazardous travel conditions are expected across southwestern Utah beginning Friday evening and continuing through Sunday morning.

Significant Snowfall Possible for Portions of the Colorado Rockies on Thursday
A weak area of low pressure to the south of the Four Corners region will cause mountainous snowfall in the Rockies of Colorado and northern New Mexico on Thursday, primarily across the higher terrain of the region. Snowfall accumulations of 6-8 inches and isolated higher amounts in excess of 10 inches will be possible for the higher peaks.

Significant Snowfall Possible for the Cascades on Thursday
An area of low pressure moving into western Canada will bring its cold front inland over Pacific Northwest today, causing mainly mountain snows over the higher peaks from Washington into Northern California. Current snowfall totals of 4-6 inches are forecast with isolated higher amounts in excess of 8 inches.

Major Cities in Region: Portland, OR

Excessive Rainfall Possible Thursday across the Desert Southwest
An area of low pressure off the coast of Southern California will continue east-northeastward through the day while weakening. With ample moisture in place across the region, moderate to heavy rainfall will continue across portions of Arizona and New Mexico. General amounts of 2-3 inches with isolated higher amounts in excess of 4 inches are forecast, resulting in the possibility of flash flooding.

Excessive Rainfall Possible for Portions of California on Friday
The same system bringing snow to the higher elevations of California will also bring heavy rainfall to lower elevations west of the Sierra Nevada crest. Some areas will receive moderate to heavy rainfall, with flash flooding possible as 2-3 inches of new rainfall occur. Flash flooding will also be possible due to runoff from the mountain snowfall into the rivers in the region.

Significant Snowfall Possible for the Rockies and Intermountain West on Saturday
An area of low pressure is forecast to begin taking shape and strengthening across Nevada and Utah on Saturday. This system will allow mountain snowfall to develop from the Intermountain West through the Northern and Central Rockies throughout the day. While snowfall amounts are uncertain, totals reaching and exceeding 8-10 inches are possible over a wide region from southern Utah northward into western Wyoming and southern Idaho. 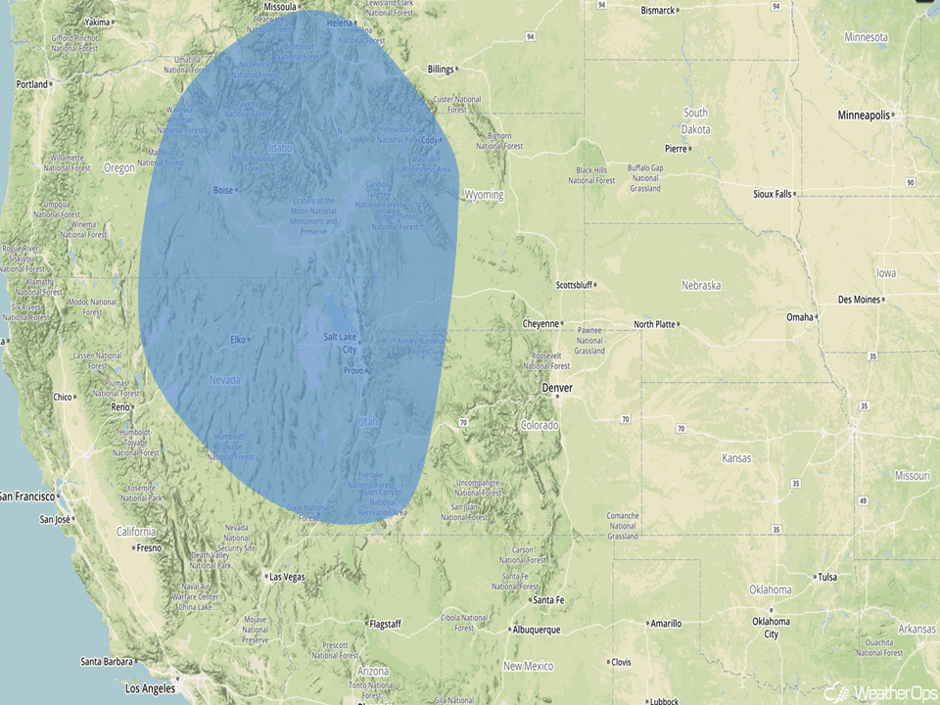 A Look Ahead
Heading into Christmas Day, thunderstorms may develop across portions of Kansas and Oklahoma ahead of a cold front. Strong wind gusts will be the main hazard with any storms that develop, but an isolated tornado cannot be ruled out. Across the Northern Plains, snow and some light icing is expected across the Northern Plains. Snow will continue into Monday with two day accumulations in excess of 8 inches forecast.