Wintry precipitation will continue across the Rockies on Thursday as an area of low pressure moves eastward. Activity will spread eastward into the Northern Plains, Great Lakes, and Northeast through the weekend. Widespread showers and thunderstorms are likely across portions of northern California ahead of a cold front on Thursday, bringing the potential for excessive rainfall.  As the system bringing wintry precipitation moves eastward on Saturday, thunderstorms may develop across portions of the southern US.

Excessive Rainfall Possible across Portions of California on Thursday
An area of low pressure and associated cold front will continue to move onshore across the western US and produce widespread rain and showers across much of coastal California, as well as the Sierra Nevada range and adjacent valley locations. With deep moisture in place, there will be a potential for excessive rainfall across the region. Rainfall amounts of 2-4 inches will be possible in many locations, however, a few areas may see over 6 inches, especially across the Sierra Nevada range. This rainfall may allow for an increased threat of flooding and runoff. 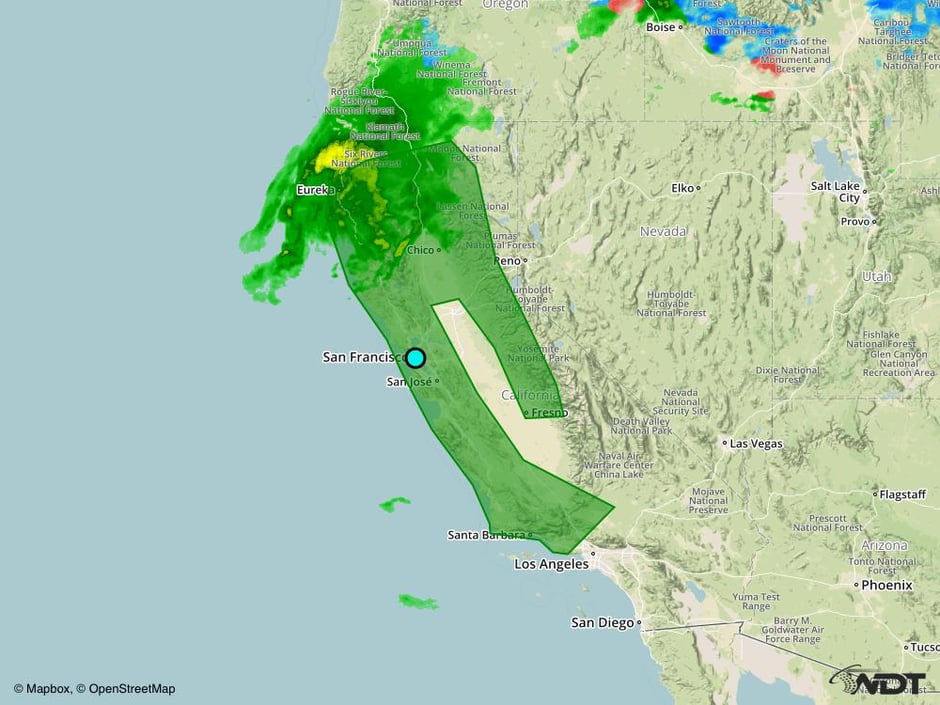 Strong to Severe Thunderstorms Possible Across the Southern US on Saturday
A strong cold front is forecast to move southeastward into southern portions of the U.S. on Saturday, with thunderstorms developing along and ahead of it, especially by the afternoon and early evening time frame. Increasing low-level moisture, as well as favorable wind shear ahead of the front, will allow for the potential for thunderstorm development. Damaging winds will be the primary hazard with the strongest storms, but large hail and damaging winds cannot be ruled out. Thunderstorms should begin to decrease by late evening as they exit region. 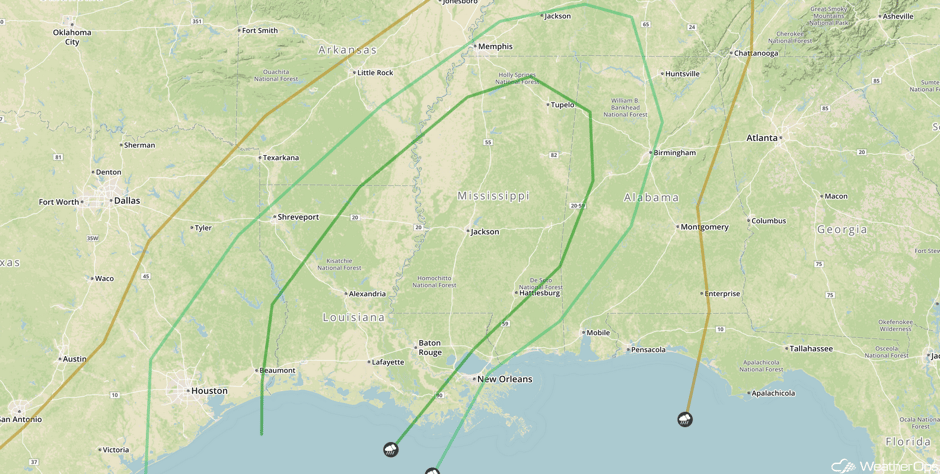 Early next week, a frontal system moving into the Pacific Northwest may allow for heavy snowfall. Accumulations in excess a foot will be possible for the higher elevations. In addition, there will be the potential for excessive rainfall across portions of western Washington.