Thunderstorms are forecast across the Central and Northern Plains on Thursday as an area of low pressure moves across the region. 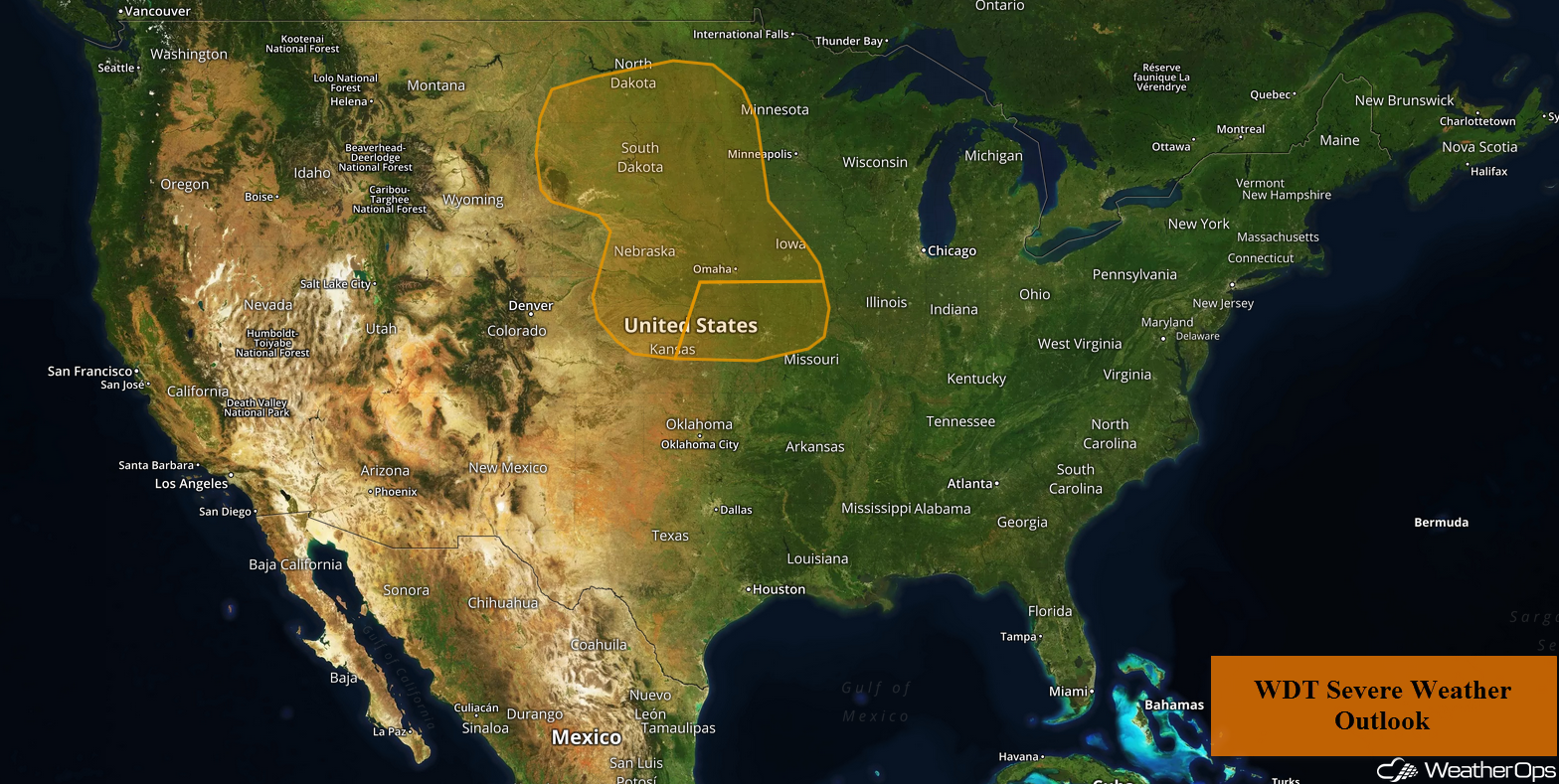 Thunderstorms for the Central and Northern Plains on Thursday
An area of low pressure will move through the Plains on Thursday. Ahead of this system and associated cold front, daytime heating will allow instability to build, resulting in the development of thunderstorms during the afternoon. Large hail and damaging winds will be the primary hazards with these storms, but an isolated tornado or two cannot be ruled out.

Risk for Thunderstorms Friday for the Missouri Valley and Upper Midwest
As the area of low pressure over the Plains moves eastward, the associated cold front will move into the Upper Midwest. Morning shower and thunderstorm activity should clear out early enough in the day to allow for additional thunderstorm development by the late afternoon and early evening. Damaging winds and large hail will be the primary hazards with these storms, but an isolated tornado cannot be ruled out. 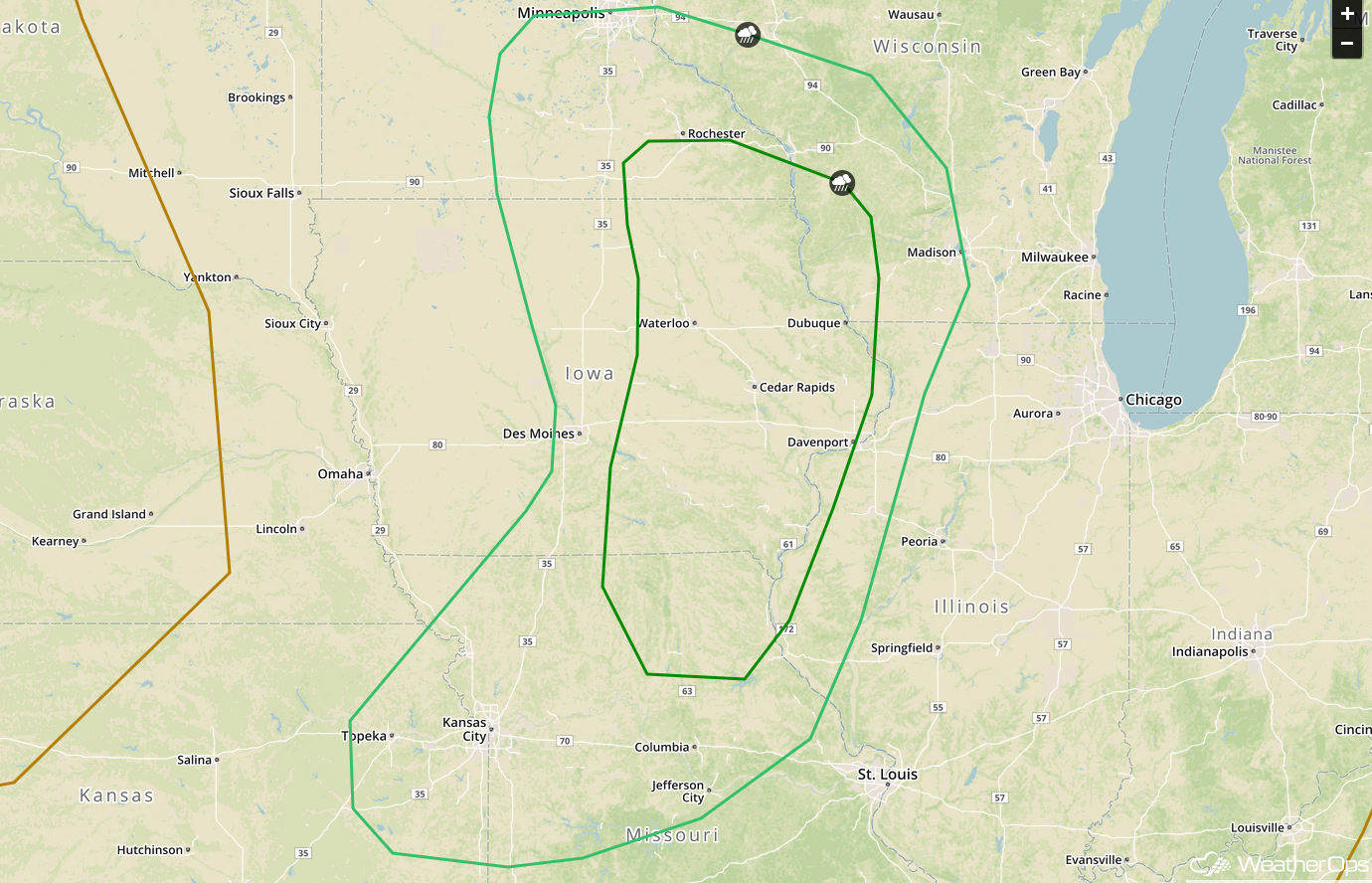 Thunderstorm Potential for Central Montana on Friday
A weak upper level disturbance will move across Montana on Friday with thunderstorms expected to develop by late afternoon. While significant impacts are not expected, a few storms may produce severe winds and hail. Activity should gradually weaken after dark.

Excessive Rainfall Friday for Wisconsin
Showers and thunderstorms will likely be ongoing during the morning hours on Friday. This activity will gradually clear by late morning or early afternoon. A second round of shower and thunderstorm activity may develop later in the day as a cold front moves through the region. Rainfall amounts will range 1-2 inches with locally higher amounts. Given the rainfall from the morning, there will be a potential for flash flooding.

Thunderstorms for the Upper Midwest Saturday
An area of low pressure will intensify across the Upper Midwest on Saturday. Ample moisture and daytime heating should allow instability to build, leading to the development of thunderstorms ahead of the cold front associated with the area of low pressure. Severe wind and large hail will be the primary hazards with these storms.

Tropical Update
Hurricane Lane is currently 335 miles south of Honolulu, HI and is moving northwestward at 7 mph. This motion is expected to continue with a gradual turn to the north-northwest. Lane is expected to turn to the north on Friday as it slows and then turn back toward the west on Saturday. On the current forecast track, Lane is expected to move very close to or over the Hawaiian Islands today into Friday. Maximum sustained winds are at 130 mph with higher gusts. Some weakening is expected, but Lane is expected to remain a hurricane as it approaches the islands. Hurricane Warnings remain in effect for the southern Hawaiian Islands and Hurricane Watches for the northern Islands. Rainfall amounts of 10-20 inches with locally heavier amounts in excess of 30 inches are expected, leading to significant flash flooding and landslides, 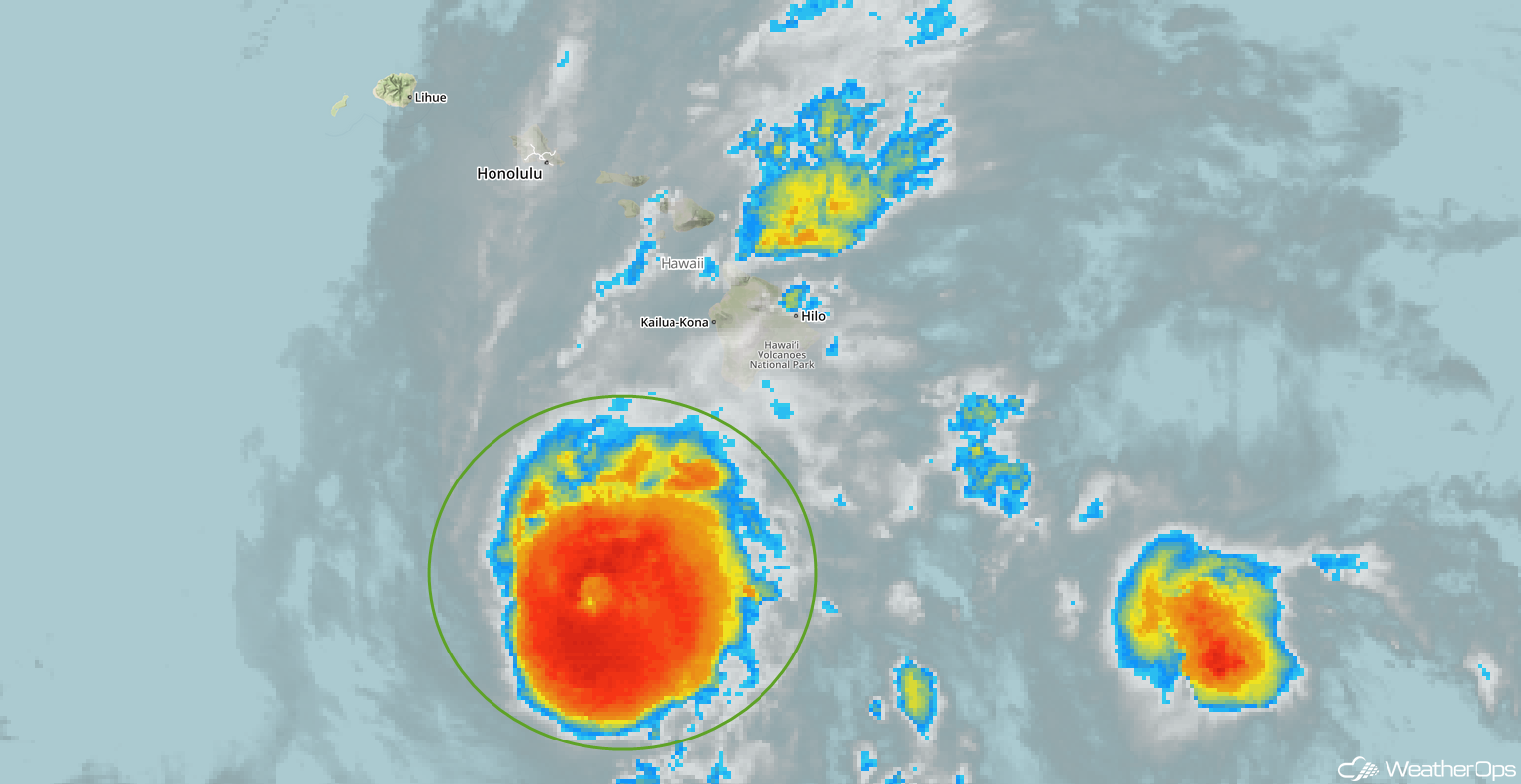