Tropical storm to hurricane force conditions will continue Monday from Florida to the Carolinas as Tropical Storm Irma moves northward.

Tropical Storm to Hurricane Force Conditions Monday from Florida to the Carolinas
Irma is now a tropical storm and continues to weaken while moving north-northwestward. Tropical storm force conditions will likely persist across much of Florida through the evening hours. Winds of 40-50 mph with gusts in excess of 60 mph are forecast across southern Florida. A few lingering rainbands may allow for 0.50-1.50 inches of rainfall across this area. Along the coastal areas of Florida, winds of 50-65 mph with gusts to 80 mph, storm surge of 4-6 feet, and rainfall amounts of 3-6 inches with locally higher amounts are expected. Further inland from eastern Alabama eastward to South Carolina, rainfall amounts of 2-6 inches with locally higher amounts in excess of 7 inches are expected. 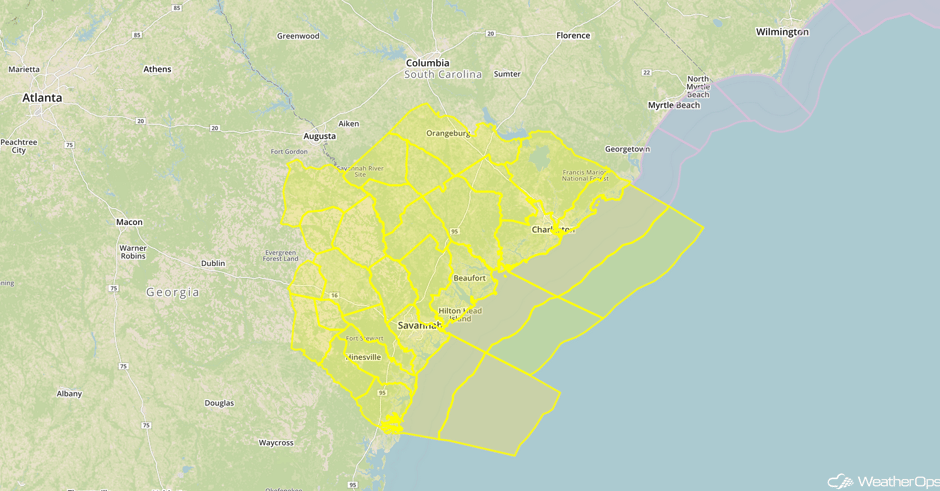 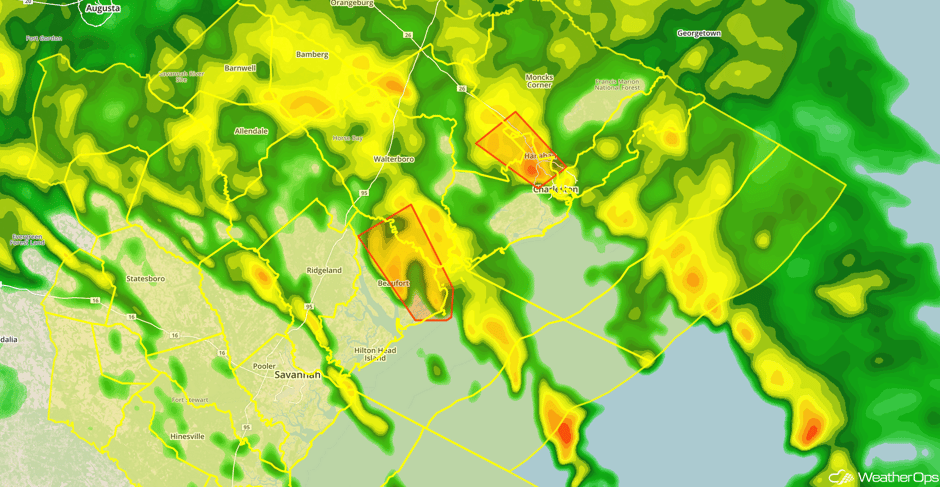 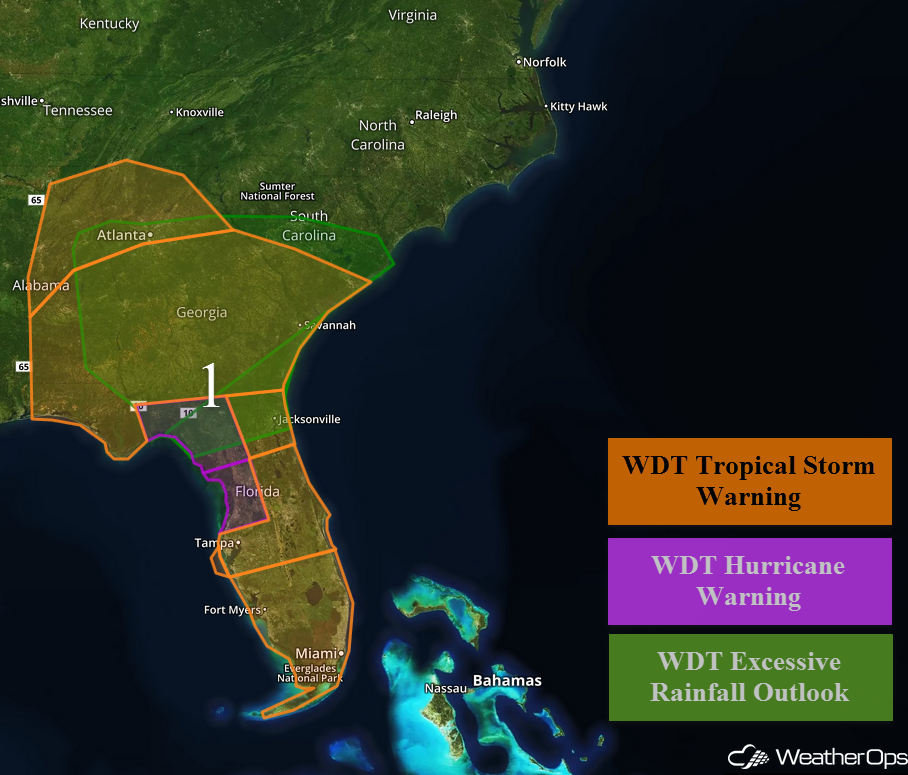 Elevated Conditions Continue for the Central Gulf of Mexico Monday
Hurricane Irma will continue to track northward across Florida this morning and head into the Tennessee River Valley on Tuesday. As it does, it will continue to bring enhanced winds and seas to much of the Gulf of Mexico. With this system continuing to move further away, conditions will begin to improve Monday afternoon. Winds of  15-20 knots with gusts in excess of 25 knots and seas of 7-10 feet are expected. In far eastern portions of the region, seas of 10-15 feet are expected. 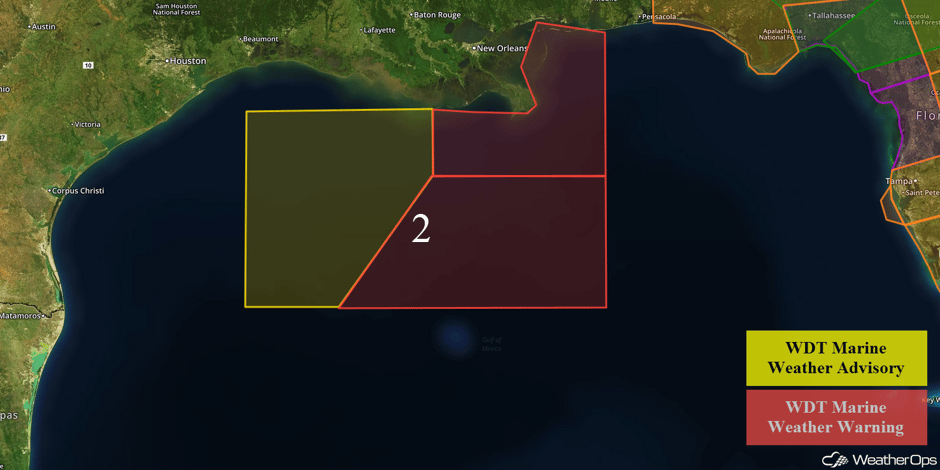 Thunderstorm Potential Monday across Southern California
An upper level disturbance is nearly stationary along the southern California coast. This upper low will contribute to marginal instability and wind shear in the area. Cold temperatures aloft, warmer temperatures near the surface, and low level winds along areas of higher terrain should support the development of a few strong thunderstorms by this afternoon. Storm motions will be from southwest to northeast with wind gusts in excess of 40 mph the primary hazard. 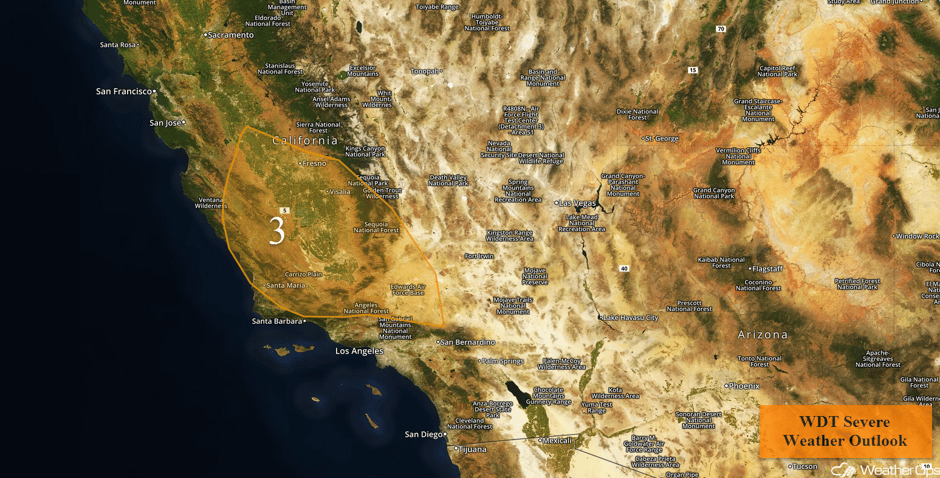 Thunderstorms and Heavy Rainfall Continue for the Carolinas on Tuesday
Irma is expected to weaken to a low end tropical storm or tropical depression on Tuesday, however, continued moisture feeding into and along the eastern portion of Irma will provide an area of increased moisture and instability. Showers and some strong to severe thunderstorms are likely across the region. Primary hazards appear to be strong to severe wind gusts, moderate to very heavy rainfall, and possibly an isolated brief tornado or two. 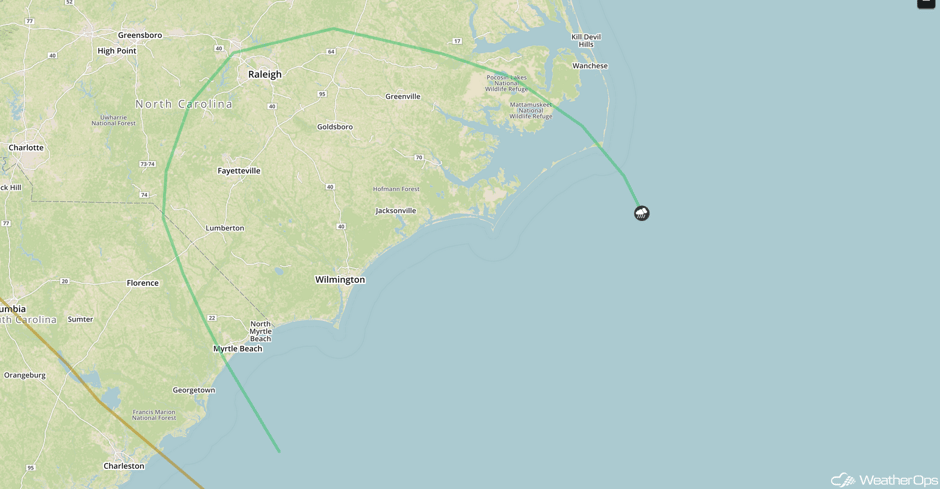 Hurricane Jose (blue oval) is currently located 305 miles north-northeast of the Grand Turk Island and is moving northward at 9 mph. Maximum sustained winds are at 105 mph. A turn toward the northeast is expected tonight with a slower motion toward the southeast Tuesday. Some weakening is expected during the next 48 hours.

A tropical wave (red oval) is located several hundred miles west-southwest of the Cabo Verde Islands and continues to produce disorganized showers and thunderstorms. Some development is possible during the next couple of days before upper level winds become unfavorable for development. This system is expected to move west-northwestward for the next two days and then turn northward over the central Atlantic. 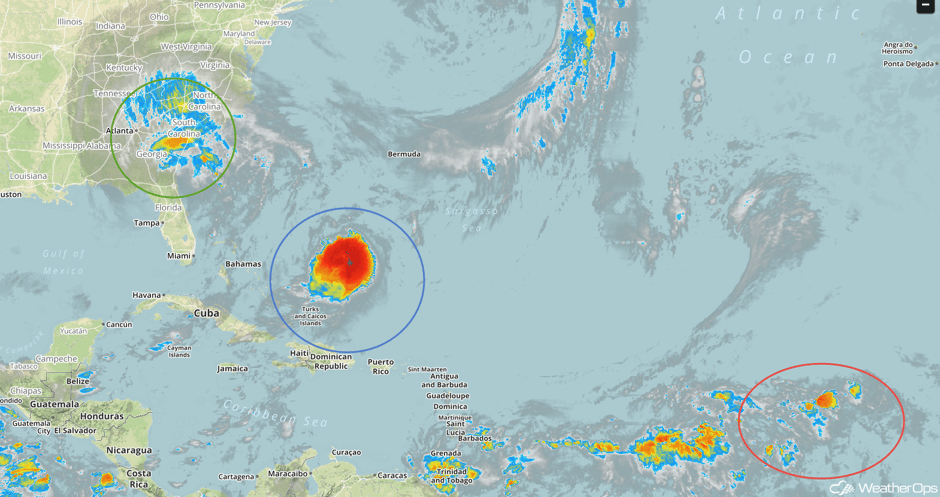