Moderate to heavy snow will continue for portions of Colorado Monday as an upper level trough moves across the region. Thunderstorms may develop across the eastern Central Plains as a cold front progresses eastward. Excessive rainfall is expected across the Southern Appalachians as the moisture from the remnants of Tropical Storm Nate remains in place. 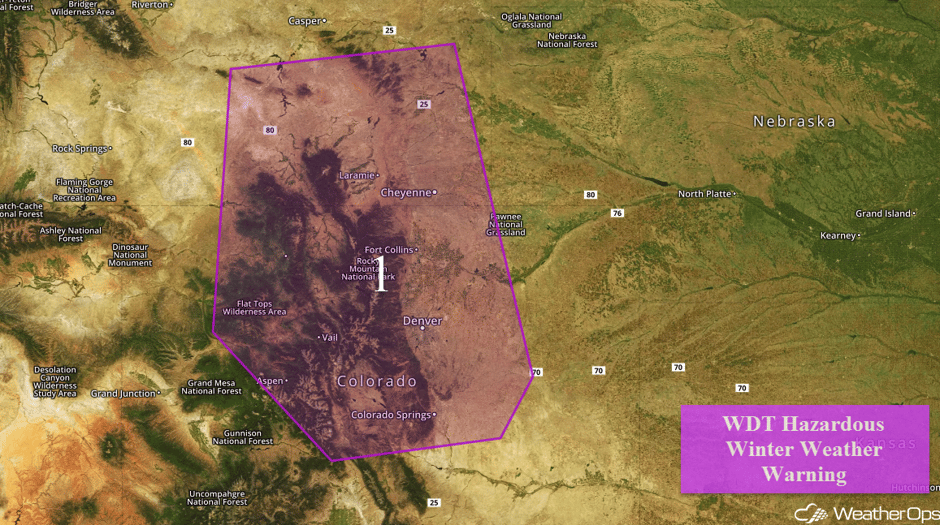 Thunderstorms Monday for the Eastern Central Plains
An upper-level trough located along the western US will bring the threat for strong to severe thunderstorm development across portions of the Southern and Central Plains today. A surface low currently located along the Kansas/Oklahoma border will slowly move eastward into southeast Kansas/northeast Oklahoma throughout the day. A cold front currently extends southwestward from the center of the low, and a warm front northeastward. By the afternoon hours, when peak daytime heating occurs, shower and thunderstorm development is forecast to begin along and ahead the surface cold front. Primary hazards include strong to severe wind gusts and large hail. However, a few isolated tornadoes cannot be ruled out, especially near the center of the low where the best vertical wind shear will be present. 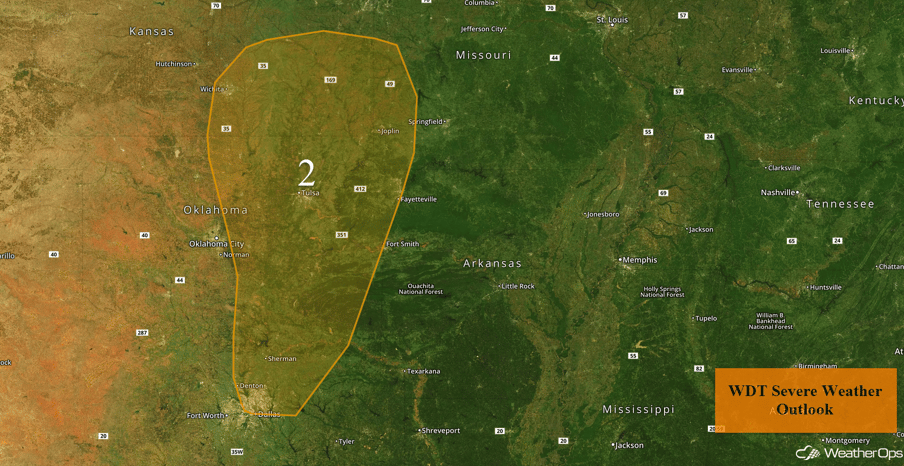 Excessive Rainfall for the Southern Appalachians Monday
Ample low level moisture remains spread across the Southeast after the remnants of Nate have moved across the Southeast. With ample moisture in place, scattered showers and thunderstorms are forecast to develop this afternoon and evening. Heavy to excessive rainfall is forecast across the area. Rainfall amounts of 0.50-1.00 inches with locally heavier amounts are expected. Already saturated ground from the heavy rain associated with Nate will lead to a threat of localized flooding and excessive runoff. 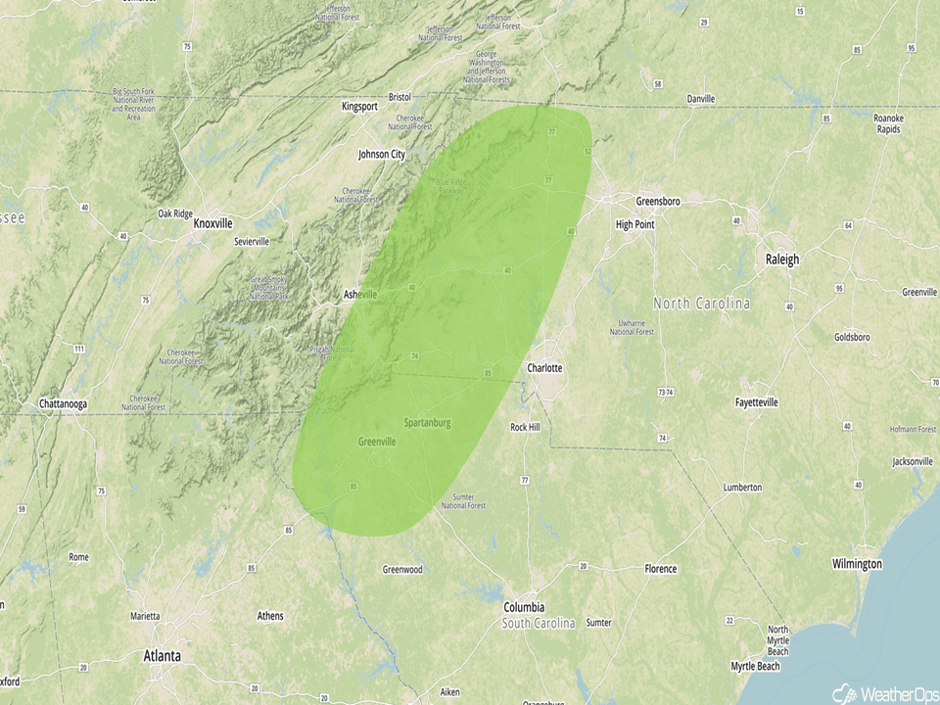 Risk for Thunderstorms Tuesday for the Mid-Mississippi and Tennessee Valleys
The area of low pressure that brought thunderstorms to portions of the Plains on Monday will track northeastward toward the Great Lakes on Tuesday. As this occurs, the associated cold front will slowly track eastward toward the Tennessee Valley. Ahead of this front, southerly flow will bring ample moisture northward from the Gulf of Mexico. This moisture combined with increasing wind shear across the Mississippi and Tennessee Valleys, as well as some instability, will allow for the development of isolated to widely scattered thunderstorms along and ahead of this front. Large hail and damaging winds will be the primary hazards with these storms. 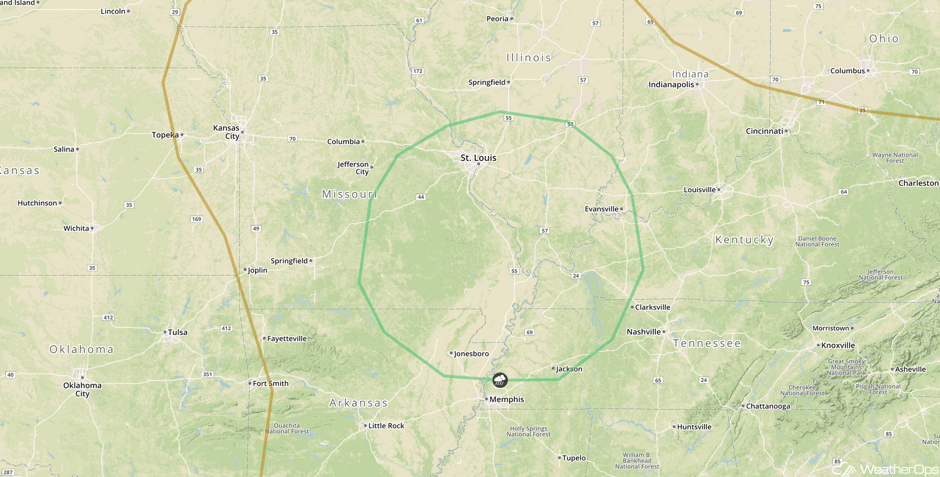 Thunderstorm Potential for the Southeast on Wednesday
An area of low pressure just south of the Great Lakes will track eastward while slowly weakening on Wednesday. Across the Southeast, a weak cold front will be making its way across the region. With ample low level moisture in place, as well as increasing instability, shear, and a cold front providing ample lift, some isolated to widely scattered thunderstorms may develop before sundown. Some of these thunderstorms could become strong to severe with damaging winds becoming the primary hazard. 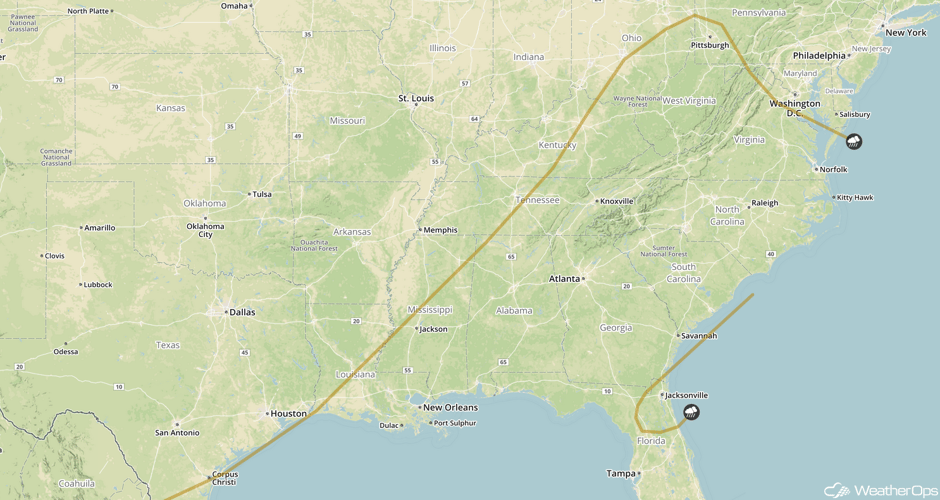 A Look Ahead
Model guidance has continued to indicate the potential for a heavy to excessive rainfall event across portions of the Midwest and Great Lakes Saturday into Sunday. An area of low pressure in the Central Plains will finally begin to track northeastward toward the Great Lakes into Quebec while strengthening Saturday and Sunday. This area of low pressure's associated warm front will track northward into Canada Saturday and Sunday allowing southerly flow to spread northward, which will bring ample low level moisture into the Great Lakes and Midwest. With the front providing forcing, moderate to heavy rainfall will begin to develop along and just to the north of the front and surface low. Model guidance currently suggests that 1-3 inches of rain with locally higher amounts in excess of 4 inches will be possible across portions of the Midwest and Great Lakes Saturday into Sunday. This will lead to an enhanced risk for flooding and excessive runoff.